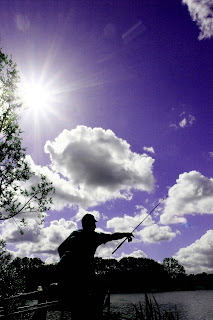 DAY – TICKET TACTICS
Specimen angler, Duncan Charman, visits a different day-ticket venue each month and explains how he gets the best out of his session. This month he strips back the Helicopter Rig and shows you how to take your local club or day ticket water apart.

March has to be one of my favourite months for angling. Everything is springing into life and as the days grow longer and the water temperature starts to slowly rise, most fish begin to feed. Don’t think it’s going to be easy though as this is the month when the phrase ‘little and often’ really does apply. Give them too much food and nine times out of ten all you will do is sit behind motionless rods, yet if you are prepared to work at your swim, keep active and follow a few basic pointers then I can almost guarantee you fish, yes this rig is that good! 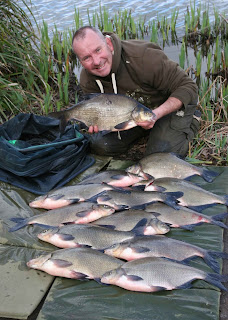 Everyone that I have introduced to this method has progressed to take their local lakes apart, especially in the spring, yet it still amazes me just how few anglers are using it, especially match anglers and the majority of day ticket carp anglers.
The reason that most match anglers aren’t using this method is because they are on the flat-bed feeder, a method that has become so popular over the past few years that if your not using it then, well your not keeping up with the times, yet if you perfect the helicopter rig believe me you will on many an occasion be miles ahead of the field. I’ve always said, if you use what everyone else is using then your results will be similar to their’s, yet do something different and you might just find that winning edge.

For the day ticket/club angler intent on catching carp, and carp only what I’m going to describe isn’t going to be a winner, yet it should be as by using and understanding the basics to this rig a carp angler can then alter the components to almost eradicate unwanted species yet still enjoy the benefits it brings, loads of carp!

Before discussing the rig itself lets look at the bait I would take to my local lake for a days fishing in March. This would consist of the following, two pints of maggots plus a couple of kilos of Old Ghost Krill groundbait plus a few red worms. Yep, that’s it no boilies or pellets in sight as it’s just a bit too early for these, yet come April small pellets, boilies and especially sweetcorn would start to appear within my bait selection.
Basic tackle for a days fishing would be two 1.5lb T/C rods with reels loaded with either 6lb or 8lb Gardner HydroFlo mainline fished on alarms carp style. I have also on occasions used two quivertip style rods fished at an angle and watched for bites so this will appeal to the match angler more.
Terminal tackle is as follows - A small selection of blackcap feeder and cage feeders in the 1oz – 2oz region. Hooks are always Drennan size 16 Super Specialist micro barbed, hooklink Reflo 5.15lb along with some small size 20 swivels, Nash micro rig sleeves and Nash medium sized Clingers. Believe me this is everything you need to take. If you’re not getting bites on the above, don’t think scaling down will help, it won’t, in fact when you do get a bite it will probably result in the hooklink breaking or the hook pulling. 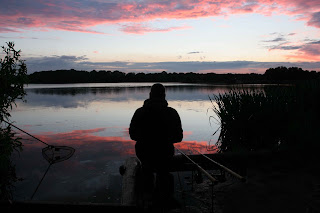 Other essential items include a way of marking your mainline as to get the best from this method so early in the year you will need to fish accurately and constantly cast to the same position. A small spomb is also useful and can come in useful to top the swim up throughout the day. Using small micro barbed hooks mean that it’s important to have a disgorger with you; however this method rarely sees a fish deep hooked and nearly always places the hook firmly in a fish’s bottom lip.

The two most important points about getting the best from this method is firstly swim selection. No rig, however good will catch you fish in a swim devoid of fish and in March there are going to be vast areas of water with few if any fish within, so choose your swim carefully. Ideally try to locate fish with your eyes, otherwise follow the wind to some degree, especially if it’s a mild south westerly and fish at distance as most species will still be well out from the bank.

The second point is to keep casting. Set yourself a time frame between recasting each rod, say fifteen minutes and make sure you drop the feeder in the same spot every time by using the line clip. Marking your mainline to the distance you are fishing is easy. I use to tie a stop-knot made from thin pole elastic next to the reels line clip after casting out but now use Nash Spot On. All you have to remember is to unclip after casting out as a violent bite from a carp will see the hooklink breaking or worse still the rod ending up in the lake. When you decide to recast simply locate the marker next to the reels line clip, clip up the mainline and wind in, or after catching a fish make a practice cast to the side of the swim and wind in until this mark is once again next to the reel before clipping up. It does take some getting use to but after a while it will become second nature and you will be going through the motions without even thinking about it.

I always say to anglers when choosing the distance they want to fish by saying, fish within your means! By this I mean its far better fishing accurately at fifty yards than inaccurately at eighty. Once the desired distance has been found simply pick out a far bank marker, this maybe a far bank swim, tree even a buoy in the lake to which you can cast to. One mistake many anglers make initially is to cast out and allow the feeder to spring back when the line clip is hit. Watching from the side its amazing how far back the feeder will travel, but ideally after casting out the elastic stop knot or Spot On line mark should be close to the reel or alarm. If it’s on the reel some turns then it’s sprung back. Casting clipped up does take time to perfect but after casting and once the feeder is in the air try holding the rod so its vertical and be ready to drop your arm the instance the line clip is hit. Ideally when the feeder hits the surface your mainline should be in a straight line to it. 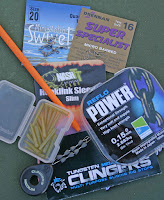 What you are trying to do is initially get a fish to feed on a small area of bait that’s regularly topped up. Once one fish starts feeding it will spur others to do likewise and by using maggot on the hook bites are usually quick in coming as there are few species that will refuse to eat them. Don’t worry too much about small fish, as in March these aren’t usually a problem and you will find it’s the bigger fish that will be feeding. Getting the first bite is the difficult thing but once you have had one then expect more and if you find one rod producing and the other not then change that hooklink, it might look alright but its not!

Images –
Image 1 – If you want to keep catching then be prepared to keep casting.

Image 2 – Bream are one of the first species to wake up and are suckers for a worm and maggot cocktail fished helicopter style.
Image 3 and 4 – I would always start with one rod on the maggot feeder and the other on a groundbait feeder then swap over to which ever is working best.
Image 5 – Spend time looking for fish then fish to them.
Image 6 – Stuart with an amazing mixed catch taken really early in the year on the helicopter rig.
Image 7 – Carp love maggots and as long as your tackle is balanced then there is no reason why the helicopter rig shouldn’t fool a few early season.

Image 8 – Small Spombs such as the Gardner Pocket Rocket are great for kick starting a swim. All I do is remove the feeder and hooklink, tie on the spomb, and fill before casting to the desired distance. Brilliant as theirs no need for a third rod and I know when I tie on the hooklink/feeder and cast back out that I am right on top of the spombed bait.
Image 9 – This is the one area that most anglers fail to realise and that is when a hooklink becomes kinked then its needs to changed. Often one rod will produce and the other wont and this is more often than not that the hooklink isn’t working right. Don’t be lazy, keep swapping until both rods are producing and as soon as a hooklink stops working or isn’t straight, change it!
Image 10 – These are all the components that you will need!
Image 11 – The two best ways to mark your mainline are either by tying a stop knot made from pole elastic, if so I place one of the ends within the reels line clip as this stops damage to the line or easier still, paint some Nash Spot On onto the mainline.