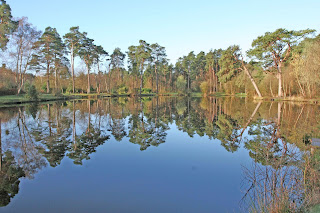 Its amazing what dictates an angler to drop in and fish a swim, maybe it’s the most spacious and comfortable, maybe one that’s close to the car park or often one that allows a cast to a feature such as an island, yet how many anglers actually take a look at the wind direction and allow this to help point them in the right direction, unfortunately very few. Although the importance of following the wind grows with the size of a venue, small commercial style fisheries and club lakes also follow this rule and picking a swim carefully and correctly can be the difference between bagging up all day or falling to sleep due to the lack of action! It really doesn’t matter if you are using the new wonder catch wherever you go rig or the best bait in the world, if the fish aren’t in front of you then you’re going to blank, its that simple, so my first piece of advice next time you arrive at the fishery is slow down, remove any preconceived choice of swim from your brain and start with an open mind. Take a walk around the fishery, try and establish the bank that the wind will be pushing into and imagine where the fish are going to be, and in spring and early summer its probably right under your feet!

Finding most of the lakes population of carp right under my feet was exactly what happened at MBK Pump Station Pond. Arriving at dawn and knowing that the wind was going to pick up from the south west I took a quick stroll around and luckily spotted one of the lakes ghost carp right in the margin on the north-east bank. This lake is around two-acres in size and holds a good head of carp, many in the 4-7lb class along with a few bigger fish to 20lb. It also has the odd large perch along with plenty of quality roach plus skimmers. Catching a big perch is always on my mind, yet today was all about constantly getting a bend in my rod as well as giving myself the outside chance of that big perch, so I needed before visiting the venue to have a tactic that would provide both. Everyone knows that big perch often fall to a juicy prawn, yet few seem to have cottoned on to them being probably the best carp bait available. The problem with prawns is that they are soft and difficult to hair rig, yet simply placed directly on a hook and dropped in the margins under a pole float can be deadly and it was this tactic that was to be my number one approach. If this approach failed then I also had a 9ft Scope rod and one of the new Nash Ballmakers as a backup approach, yet I knew the chances of having to resort to this today would be slim.

Having located a few carp I set up well away from the bank as this session was all about stealth, not spooking the fish and baiting a couple of swims so that after each fish I could prime once more and move on. Catching constantly in the margins all day means not getting greedy and by taking one, maybe two fish from a spot then moving on is the key to success. Hemp would always be my main feed to get the carp interested along with a few broken prawns, yet with hemp banned this had to be replaced with a few sticky pellets.

Tackle simply consisted of my trusted 13ft Preston Carbonactive match rod, reel loaded with 6lb Gardner HydroFlo a 4x14 pole float cocked using just two number six shot and a 5lb hooklink onto which a barbless size 12 hook was attached. Without a doubt the most important thing to get right when using this method is the depth. It’s an area that’s overlooked by many, or once found they seem to expect the next swim to be the same depth, yet every time I move I will plummet the swim so that the prawn is fished at dead depth. A good tip when rotating two swims is to plummet each swim then place a mark on the rod blank. This is done by placing the hook in the rods keeper ring then painting on a mark where the float tip is on the rod using either Tipex or Nash Spot-on. Once this has been done is just a case of moving the float to the correct depth every time I move swims.

Having primed each swim and found the depth it was time to drop a prawn in but not before making sure that the clutch was set as I knew on hooking a carp so close in it could well be explosive stuff. The float had hardly time to settle before it disappeared and a firm strike saw line leaving the spool at an alarming rate. These fish fight really hard and its important to use balanced tackle as too fine a set-up will lead to prolonged fights and if over gunned, especially in the rod department will see hooklinks broken. After a few minutes I had the first carp wallowing on the surface and slid the net under a gorgeous looking mirror of around 11lb. Moving onto the next swim failed to produce and after ten minutes I simply primed it again with a handful of pellets plus a few prawns and moved back to the first only to see a repeat performance happen albeit this time from a carp around 5lb. Although I did catch from the second swim it soon became obvious that one swim was far better and come the end of the day I had lost count of how many carp Id landed, probably around thirty! Although no perch saw my net I did take one of the lakes larger residents, a fantastic looking common weighing 16lb 8oz, one that fought so hard it had me convinced that it was foul hooked in the tail! I could have concentrated on one swim, but as I said earlier don’t get greedy, it’s far better to catch and move than plunder one swim.

To further enforce just how brilliant this method is I took it to FLE Fishery the following week. Perch were my target in Lake 3 so I replaced the hemp feed with red maggot. This tactic saw a dozen net perch landed but soon I had carp crawling up my rod so moved to Lake 4 that holds carp between 7lb and 20lb. Two anglers had fished a 24hr session and were packing up on my arrival and during their stay had landed just three carp. I spent 40 minutes float fishing with prawn on the hook over hemp loose feed and landed two carp as well as losing one. What I could have landed given 24hrs is unthinkable and just proves the point that you don’t need carp rods, boilies, bolt rigs and alarms on most small day ticket waters. Simple float fishing using natural baits along with a little thought on swim selection is far more rewarding and productive!

Images –
1. Pump Station has to be one of the prettiest day ticket venues I know.
2. Prawns, one of the best carp baits available.
3. A few items of kit is all you need to catch loads.
4. It took just seconds to hook this double.
5. A plummet is so important when float fishing.
6. One of Pump Stations bigger resident.
7. Day ticket should mean constant action.
8. Spot-on, not just for making your line.
9. One on the float from FLE Fishery.
10. Next month will be all about tench and crucians on the feeder.