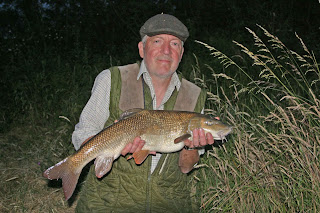 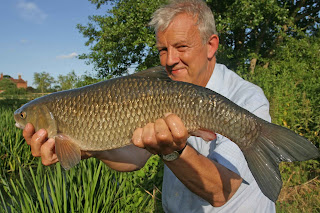 Crucian campaign comes to an end. 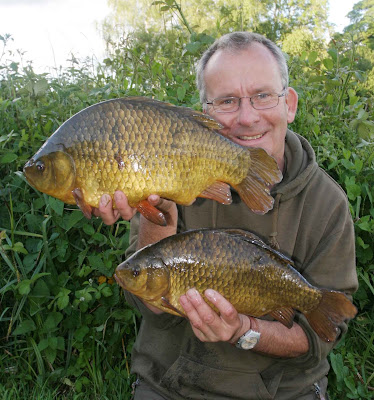 Crucian campaign comes to an end.
I have to admit that I don’t really know how to feel now that the crucian campaign has ended. Was it a success?
To be honest this is the first year that I have fished Enton during the opening month, May, and to be frank I didn’t spend that much time there basically because I didn’t like the atmosphere. Some anglers made the most of the ruling, two nights on then twelve hours off. Now reading into this an angler was able to arrive an hour before dawn (lets say on a Monday) fish all day, all Monday night, all day Tuesday, all Tuesday night, all off Wednesday including a couple of hours into darkness Wed night, then leave the venue for 12 hours before returning and doing this all over again. Unfortunately the ruling states that these anglers need to leave the venue but some decided to sleep in their vehicles but not before making sure they knew when other long stays anglers were leaving, and securing the going swims for after their sleep! It’s called ‘The Circus’ and believe me Enton was a proper one last month. Anyway if you were one of those anglers that bent the rules then don’t feel bad if you can’t return for a fat spawned up crucian next year! Another thing that I couldn’t get my head around was how some anglers feel they have to ‘big’ themselves up and lie about the time scale a session actually lasts and what and how they caught certain fish. Now to me if I’m on a water for 24hrs (very rare) then the session doesn’t start when I catch my first big crucian, it started when I arrived, irrespective how many times I moved swims! Amazingly these anglers are very capable anglers so why they need to do this I just don’t understand. Oh sorry, maybe it’s because you want to win a Drennan or a Korum weekly award (another sore point at the moment). Unfortunately Enton has now lost its identity, known as a circuit water and not the fantastic and beautiful club lake I once knew.
Knowing what this fishery was many years ago I have seen its crucian’s slowly decline and the tench take hold (lets hope it doesn’t end up like Harris), however the club does now have the British record crucian to its name, yet for how long will it remain the top crucian water in the country? Not long if things continue!
I’m glad to hear that the club may close the venue next year during May (I’m well behind them if they do) as they do need to protect their fish stocks, but one thing’s for sure if they don’t close the lake and take those bloody cormorants out then they will have no fish smaller than a couple of pounds swimming around and that includes crucians. Thinking about it the smallest crucian I’ve caught this year is around 2lb 8oz and as for the rudd, well they seem to be in decline as well sadly just when they looked like they were going to thrive. So maybe the year classes behind the big crucians have already gone, so looking at it, the time bomb has already started, only time will tell.
So how did I fare, well my catch rate (crucian wise) was far better than one every 24hrs which seemed to be the case for some anglers and no, I didn’t fish the going swims doing the standard flat bed feeders at 30yards range. I fished in a completely different way to everyone else; basically fishing for one fish at a time and on occasion’s right under my rod tip. My target for the six week period was 3lb 12oz and although this was only bettered once, I did slide the net under numerous three pounders. The icing on the cake, if I can call it this, was beating my personal best of 4lb 3.5oz taken from Little Moulsham many years ago with a crucian of 4lb 4oz and, no it wasn’t carrying any spawn! My mate Chris didn’t do as well, but then again he seemed disillusioned with the place and waited till the circus had moved to spawned up tench venues before enjoying it for what it should be, oh as well as catching crucians of 3lb 5oz.
So there you have it, in terms of getting back into the big fish world I can safely say that two of the three campaigns this season (silver bream was a non-starter) have been a success with two personal bests in the shape of a 6lb 5oz golden orfe and a 4lb 4oz crucian, yet I’m still not up and running in any yearly competitions which amazes me! Maybe I will have to ‘big’ my next captures up a bit……
Posted by Unknown at 09:57 No comments: