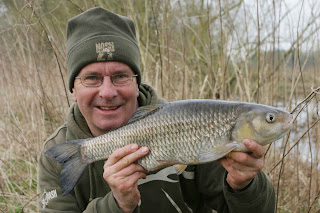 DAY – TICKET TACTICS
Specimen angler, Duncan Charman, visits a different day-ticket venue each month and explains how he gets the best out of his session. This month he shows you his simple recipe for making a great cheese paste and the tactic he implements to catch some impressive chub.

Autumn has arrived and for the next couple of months most fish will be on the munch building up reserves for the coming winter. One of my favourite tactics for big chub is bread flake but it’s a couple of months to early for this and with most stretches seeing a vast amount of pellet being introduced you have to be a brave man to deviate away from it, but being different can have its advantages and rewards. I learnt this lesson from a customer, who after hiring myself to familiarise himself with a stretch of the river Loddon, went on and adapted his own technique to basically place more fish in his landing net than most others. After an introduction to pellet fishing for barbel, Matt noticed that many a big chub was simply picking up a bait in there lips and then dropping it the second any resistance was felt. He also soon realised that bread accounted for very few barbel, so edging his bets for both decided to use cheese paste, something that both species had only very occasionally seen and tasted. Coming from a fly background he also sight fished for chub in the shallows and watched how big chub were able to pick up a bait and give only the slightest of indications on the rod top. With this knowledge he simply adapted a very simple set of rules and these were to use a very light link ledger rig with the hook almost buried within the bait. He also pointed the rod tip directly to the position the bait was cast to then held the line and felt for bites, striking at anything more than a slight tap. I’ve tried feeling for bites and have caught plenty of chub but prefer to use a bottle top weighted down with some cheese paste to compensate for the flow before sitting and watching this steadily rise upwards as a bite materialises. He also turned my theory of catching one fish from a swim before moving, on its head, as one day I watched as he lost a definite six-pounder then making a second cast landed a five! His words to me were ‘Id rather fish a swim with spooked chub in than fish a swim with no chub in’. These were wise words and ones that have caught me a few extra quick fish in the last few years. It also saves much walking as I often keep rotating swims, even after catching, in the hope that the chub would have gained some confidence but in truth it rarely works on tiny rivers like the Loddon, so now adopt a fish for two fish in quick succession before moving on and not returning.

Matt also likes to cast downstream and every now and again tweak the bait simply by lifting the rod and prefers to introduce a few pieces of cheese paste by hand so they fall and move through the water enticingly. I however prefer to introduce my freebies by attaching them to a small length of PVA tape placed on the hook as this gives me confidence that they are right next to my hookbait. I also feel that these static baits, especially in the autumn are more appealing to barbel. We all do things slightly differently but then adapting baits and techniques to appeal to our style of fishing is what makes fishing so thought provoking. I’m not sure if Mats doing it right or if its me, all I know is that we are both catching far more fish than others simply by being different and using a bait that appeals to both species as well as not being lazy.

Probably the most important point when using cheese paste and knowing that barbel and chub will be hooked is to use a line that’s thin enough not to frighten the fish but also strong enough to handle and land anything that’s hooked. I use Sufix DuraFlex which although has a breaking point of 9.9lb is only 0.20mm thick. Hooks needs to be big and sharp and I tie a Nash Gaper size 6 on knotless knot style with a tiny cork ball on the hair which gives the bait some buoyancy as well as allowing a good dollop of cheesepaste to be mounted round. The link ledger is attached to a run-rig with enough line to allow additional shot to be added if needed and is simply buffeted by a Quick Change Bead onto which the hook link is attached. A word of warning when using Quick change Beads is to check the knot. I use a Grinner as a Six Turn Blood can be unreliable!

Cheese paste recipe.
I think what stops many anglers using cheese paste is simply not knowing how to make one, so here is a recipe that will create a great paste. Feel free to customise it by adding other ingredients such as garlic, tuna, Marmite and black pepper and I always split the batch and colour one, orange being a favourite.

1 – Grate the cheddar and remove the crusts of the bread before liquidizing.
2 – Place the bread and cheddar in a mixing bowl along with the margarine, stilton and parmesan and start to knead.
3 – Split the mix into two before adding colouring (additional ingredients) to one half and then wrapping both in cellophane and freezing.

1 - I don’t kneed my paste too finely when making, preferring to do this when I start chub fishing. I don’t know what it is but the thought of diesel, deodorant on a bait reduces my confidence so I simply make sure my hands are washed well before leaving home then rub grass into them to make them inert before kneading the paste and placing on the hair.
Images and subtitles –
1 - A strange shaped chub that loved cheese paste.
2 – Back she goes.
3 – Touch ledgering in a small pool.
4 – With the chance of hooking a double figured barbel, make sure you tackle is up to the job.
5 – Its not just chub and barbel that will pick up cheese paste.
6 – Enough ingredients for a batch of paste and your sandwiches.
7 – Grate the cheddar and remove the crusts of the bread.

8 – Place everything in a mixing bowl.
9 – Kneading only takes a couple of minutes. 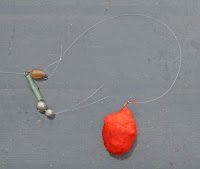 10 – One coloured, one natural and enough for plenty of sessions.
11 – There are loads of ways of making your paste stand out from others.
12 – A strange combination but really good fun.
13 – I use a small cork ball to mount my paste.
14 – The end rig, note that the hook is also buried within.