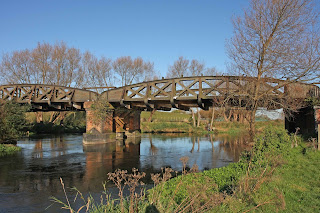 DAY – TICKET TACTICS
Specimen angler, Duncan Charman, visits a different day-ticket venue each month and explains how he gets the best out of his session. This month he looks into the art of rolling meat and why more anglers should try it. 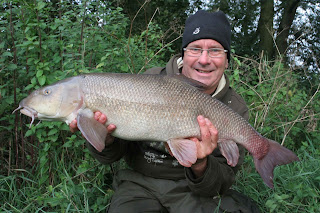 The importance of a moving bait, especially on venues where most anglers are happy to take the static approach became evident whilst shooting a Tight Lines feature. I was on one of my favourite stretches of the river Loddon and after working a dozen or so swims, without so much as a tap on the rod, stopped at the top of the stretch to plan my next move. The video really was to see if I could catch an early season barbel and whilst looking into the tail end of a pool I noticed a chub slide beneath the far bank margin. Removing the crust from a sandwich I started trickling pieces through the swim and finally grabbed the attention of not one but two lumpy chub. Slowly gaining their confidence I was amazed when a big barbel drifted into sight then twisted as if interested in the bait. Realising that I had a running 1oz lead on my set up ever so quickly removed this, pressed on a big piece of flake, and cast into the swim. As the flake headed down stream one of the chub tried to grab it but I successfully pulled it away allowing the flake to continue on its journey, well not for long as the barbel headed straight for it, turned on its side and engulfed the bait.

Ever since that day I have watched barbel as much as I can, which is difficult on the Loddon, but where ever I find them I am amazed how they can compete with the chub and quite happily, if not clumsily, take a bait well of bottom. It also made me realised that on many previous occasion, more than I would like to admit, I have walked away from a swim thinking that it was devoid of barbel, however if I had trundled a bait through the swim before leaving could well have hooked and landed loads more fish.

I have to admit that trying to use a single rod in a swim and successfully trying both static fishing and moving baits is difficult so nowadays stick with having the odd day, especially when I know the banks have been busy, roving around and edging a piece of luncheon meat through numerous swims. Mastering the art takes time, years in fact, and I admit to being no expert at rolling meat but I’m learning all the time so thought it was time to share a few tips to get you started.

Fortunately when it comes to rigs then things are relatively straight forward. I use a 1.75lb 10ft Nash Scope rod as this rod is relatively light and can be held all day as well as having plenty of power to subdue a fish. Mainline is 10lb Gardner hydroTUFF and this is fished straight through to the hook which keeps knots and weaknesses to a minimum. On the mainline I simply add a couple of large Nash Clinger before moulding a big ball of Tungsten putty around, however to keep cost down most anglers use plasticine. The great thing about the Clingers is they can be moved to alter the hook length without damaging the line however a good starting point is around 10 – 12 inches. As for the size of plasticine used depends on the depth and current of the river and again comes with practice. Ideally the weight needs to just hold bottom but when lifted roll especially if the lake bed is gravel. As for the hook I use a barbless size 7 Nash Fang X which has some soldering wire wound around the shank to weigh it down. This ensures that the hook and bait stays close to the river bed and the hook is tied on using a Grinner, a very reliable and strong knot. 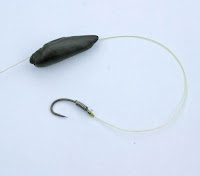 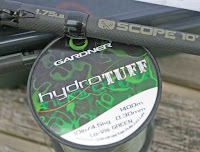 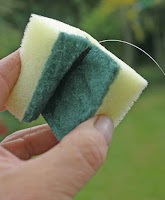 As for bait then good old Spam, especially the garlic flavoured is a favourite as is Princess Pork Luncheon Meat which I pick up for a little as £1 a tin. Don’t be afraid to use a big bait, one of around an inch and a half square is about right and I simply trim the corners away so that it becomes rounded as this rolls better than a square section. Bait is simply attached to the hook being pushed through, slightly off centre, so when its twisted and pulled back into the bait the hook point sits on the outside.

The best way to search a swim is to cast upstream and allow the line to create a bow in it. The bait should come to rest on the river bed, yet by lifting the rod should see the bait start to roll downstream before coming to rest against something like weed or a stone. When the bait stops leave it for a few seconds before getting it on the move again. Once the bow in the line has straightened and the bait reached the downstream limit then wind in and repeat. I also hold the rod quite high but instead of watching the rod tip for bites try and concentrate on where the line enters the water. 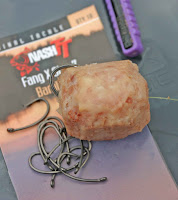 The first bite I felt was one of the typical rod wrenching ones, this was when the bait had almost come to the end of its course, however quite often when the bait is upstream or in front then a ‘pluck’ ‘pluck’ feeling is experienced. Striking on different bites come with experience yet in the early days my advice is to try and tune all your senses in to the bait travelling downstream and try and imagine what it is doing. Concentration is paramount and by holding and feeling the line you should be able to feel the bait trundling across gravel and stopping on different obstacles, however feel something different and my advise is to strike.

Gaining confidence in a method comes with results. Unlike drop-shotting where I just can’t seem to catch, when rolling meat I was fortunate to catch relatively quickly. My advice is that if you are fishing a river where most, if not all, anglers are sitting and fishing static baits then by becoming active and homing in your skills and senses to this active and rewarding technique will give you a massive edge over them.

Images
1 – The home of rolling meat. The famous Royalty stretch on the Hampshire Avon.
2 – A proper lump from the Loddon.
3 – Small rivers don’t mean small fish, quite the opposite!
4 – Get that bait moving and search the swim.
5 – Once you get to know the river you will be able to roll meat during darkness.
6– Still as good as it ever was!
7 – The final rig, very simple and I keep the hooklink relatively short, around 10inches.
8 – A great combination for rolling meat.
9 – Top Tip. Most lines are shinny so I rub the last few feet in a washing up pad to dull it down.
10 – Its best to add some soldering wire to the hook to weight it down.
11 – Cutting pieces of the hookbait to create a rounded shape will make it roll better and place the hook in the bait so the point is showing. 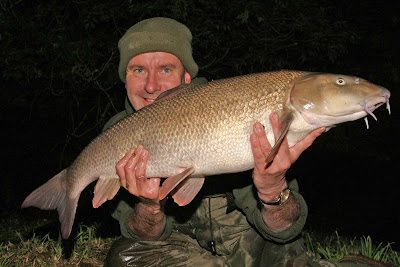 12A/B – Tungsten clingers are great as Plasticine or Putty can be moulded around and moved easily
Posted by Unknown at 10:21