There be perch in that river! - Weekly report starting Sat Oct 19th. 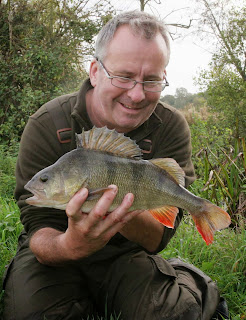 With a technical problem with my Blogger account and with the girlfriend being of very little in my world of angling was achieved over the weekend and even if I were able to head of into the wilderness on Sunday, I think the weather would have even stopped me in my tracks, it was simply horrid.

Monday came and with the feeling of barbel crawling up my rod, just like most barbel anglers I grabbed the gear and headed back to the big fish stretch of the Loddon. Unfortunately the river was fining down with lots of debris on the surface and with bright sunny sky, once on the river felt I was somewhat late in my arrival. Roving around six swims over the space of five hours not so much as a fishy tremble came my way, yet a good pike did show itself, one for the future I think! That evening I headed to my local golf course as I couldn’t resist the temptation of collecting some lobworms for a future perch exploratory trip. After some twenty minutes and with more than fifty quality lobs in the bucket I headed home. 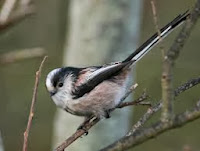 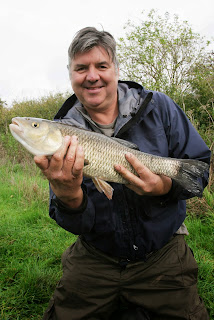 7am Tuesday I found myself standing in a torrential rain once again on the Loddon, a different stretch with a new customer looking at being introduced to barbel fishing. What colour the river had was short lived yet it was obvious from the start that the chub were active, yet hitting chub bites at the best of times is difficult, especially on stepped up gear intended for barbel. Chris experienced a number of missed opportunities, yet finally managed to connect with one only to see the hook pull after a couple of seconds. Was it a barbel? The bite wasn’t the three foot twitch, the initial uncontrollable surge never happened and its rare for a hook pull yet what was on the other end seemed considerably big. Was it that 10lb bream? With long-tailed tits making the most of natures larder in the trees above we decided to try a few of the swims were bites had come for a second time and finally Chris made contact with a chub which pulled the scales round to 4lb 8oz a new personal best. I stuck the rod through some trees and within seconds had a modest chub in the net, proof that sometimes you have to go directly to them and a good lesson for Chris in the future. The weather had somewhat improved by early afternoon and after a spot of lunch we headed downstream with a couple of barbel swims in mind. The first swim failed to produce but the second produced the frustrating pulls and releases of chub and with the clock ticking Chris tried a 50/50 strike at one of them but on this occasion the chub won.

Being the main speaker at The Barbel Societies Berkshire meeting I thought it best to find a few images for a slideshow Wednesday morning. It’s the second time I have been asked by Pete Reading to attend and thought that it was only fair to talk about the Loddon and the Kennet as the member’s could relate to these. Everything went to plan and it was very well attended with a few friends attending, I even came fifth in the raffle, yet with the prize being a Nash rod protector declined the offering. 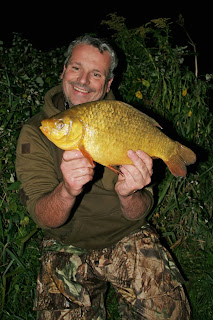 The following day was spent making up rigs for customers, updating diary entries, placing bait and tackle orders, solving my Blogger account issues, compiling Hot Seat answers for CAT along with getting the tackle ready for the next couple of days which consisted of crucian carp, barbel and perch gear. That evening I teamed up with fellow Nash man Chris Petter for a spot of after dark crucian fishing. Apart from the moon everything looked as if it had the making of a red-letter session yet apart from a lost crucian at dusk all I could record was one small tench. Chris faired better with two tench and a personal best crucian weighing 3lb 4oz, yet come 9pm it was obvious they weren’t having it.
I’d designated all day Friday to a days fishing for myself. A few customers had shown an interest in perch so armed with the lobworms collected earlier in the week I headed to a local water with a realistic target, a two-pounder set. Having quite a late night and restless sleep I didn’t arrive that early, 9.30am to be precise, yet I rarely have breakfast before leaving home, so this morning I decided to look after myself somewhat better. I was quite surprised to see a muntjac deer grazing and as expected anglers were already on the river, yet it was somewhat refreshing knowing I was doing something different. I did have a barbel rod with me and tried a couple of swim but knowing others might have tested the swims earlier felt somewhat on the back foot. One of the swims tried with pellet unusually showed no signs yet when I dropped a wriggling lobworm in it things were different. The tip soon pulled round yet the desired head shaking failed to materialise and with a powerful fish trying to get under the bank I knew it was a chub, yet this one got the better of me, rolled on a snag and shed the hook. Uncomfortable with others around I headed to another stretch, tried a couple of swims for barbel before changing back to the worm. Straight away swims that were somewhat dead came alive and a couple of chub, both weighing 4lb 8oz graced my net, yet it was the last swim that topped the day, as after dropping a lobworm tight to a raft the tip rattled and a swift strike saw what I had come for surface, a perch. Although far from the biggest I have ever landed, it was what I had set out for and weighing 2lb 6oz I smiled as once you have found one, well there’s more around! 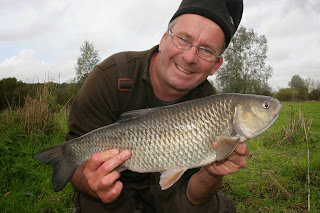