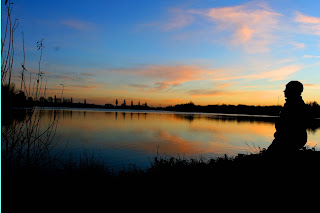 If you have read part 1&2 of my articles on the Pellet/Groundbait Lead then I’m hoping that although you may be reluctant to get rid of the PVA, Method feeders and boilies, when you approach each future session you look at what’s in front of you and only use these items when necessary, instead of reaching for them out of habit. By the amount of emails I have received congratulating me on part 1&2 and how I have got some anglers brains working, they must be working.

I might be wrong here, but I get the general rule of thumb that when carp fishing, anglers believe they need to get a bed of bait down, then offer something over the top that stands out like a bright yellow highly flavoured pop up, as this is what the carp will home in on first. Well if that’s the case why lay the table first, if it’s the pop-up they see and want first then why waste money giving them seconds! A bright coloured pop-up catches fish, it’s a tried and tested recipe for success but casting one to a carp that’s just head-and-shouldered to the side of you will probably get just as good, if not better results. My thoughts on carp fishing in general, is that if I’ve just placed a kilo of 14mm Nash Monster Squid boilies into my swim, why on earth would I want to offer anything different over the top. In fact who’s to say that when my rod rips of on the ‘in-your-face’ presentation, it’s not the last to be taken! I have always worked on the theory that when my double maggot hookbait impaled on a size 16 has produced a bite over a handful of completely freefalling natural ones then, it’s probably the last to be taken, time to introduce more! Another thought is why would I use a white maggot on the hook if I was feeding reds? Generally I wouldn’t, I’d be using reds. What I have always tried to do is match my hookbait with the feed, however when this is attached to a hook it decides to work completely different to the rest, so more thought on presenting your hookbait as naturally as possible over your freebies will without a doubt catch you more fish. How we go about neutralizing the weight of the hook or making it look and act the same on the hair as those around it comes with experimentation, but when carp fishing using exactly the same hookbait as what you are feeding is the perfect starting point. 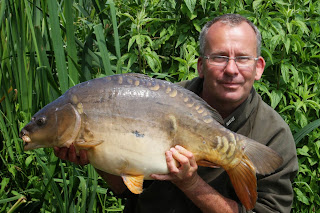 I’m going to start this paragraph as I finished the last, the perfect starting point. What this simply means is think about what you are introducing into your swim and what you are using as bait. When fishing for barbel or carp, if I’m introducing pellet around my hookbait, it’s a sure fact that it will be pellet on the hook and the same goes for boilies. From this starting point we can then progress into introducing loose feed that may differ from our hookbait, as this will attract other species that will in turn increase the chances of catching our chosen quarry. To name a couple of instances is the introduction of hemp and dead maggots at Frensham whilst targeting rudd. Tench love hemp and whilst feeding on this will send maggots up into the water. If you have a couple of maggots presented two inches above the bottom, well it’s right in the eyesight of what you’re after! Fishing for big perch also shows the need to think laterally. Loose feeding maggots will attract small fish into your swim, small fish attract perch and placed below is a big juicy worm or prawn.

By the time this article is published it will be bang in time for anglers with crucian carp on there mind. Probably not good for me as many will be trying out this new tactic on Godalming’s Harris and Johnson’s come early spring (Actually it was published at this time, yet almost every angler was still using what’s considered the best tactic, the flat-bed feeder. Sorry guys you missed an edge here!), however before revealing all; let’s take a quick look at barbel and bream.

Barbel - The ‘Pellet-lead’ is simply a variety of different sized scolded pellets, including the odd hook bait sized freebie, compressed around a lead. Slightly contradicting what I have mentioned before, as this is one of the few times when loose feed size to hookbait varies, however I’m still using pellet on the hook. This is simply dropped into likely looking areas along a river with a pellet, usually an 11mm or 13mm on the hair. The advantage of this is that the pellets around the lead break up and settle mostly above the hookbait which is often picked up within minutes of settling. It’s a quick fire approach where the angler goes in search of his fish, instead of waiting for them to come to him. It’s a fantastic daylight approach on small rivers like the Loddon and Kennet where big fish are few and far between. If you take this method onto, let’s say the Wye, I’d love to hear of your results.

Bream – The ‘Method-lead’ is where a heavy, method mix groundbait, loaded with particles, is moulded around an inline lead and positioned over the top of a big bed of loose feed. Don’t worry about matching your hookbait with the feed with bream; they are like hovers with little finesse. Bream are found well out in weed free areas, often on the prevailing wind and targeting these at night is best. The best hookbait in my opinion is a corn stack, two real grains and one buoyant fake to critically balance it off the hook.


Crucian Carp – The ‘Groundbait-lead’. The days of delicately pole floats in the margins have all but gone. Bring on the scaled-down bolt-rigs. Don’t get me wrong, if I could catch twenty plus specimen crucians on the float in a night then I would, yet have I ever done this, no. Have I achieved this using bolt-rigs, oh yes, on numerous occasions and surpassed this number by a huge margin. Before progressing, can I just classify what a crucian bolt-rig consists off? Rods are 1.25lb T/C, reels are loaded with 6lb Gardner HydroFlo and the heaviest weight I have ever used is 1.1oz! The lead is buffeted by a Quick-change bead and although free-running on the mainline a couple of float stops are positioned one inch above to create the bolt affect. The float stops above the lead is in my mind the most influential part of this rig. Hooklinks are just 4inches and created from Grand-Match Fluorocarbon in a strain of 4.84lb with a size 16 Drennan Super-Specialist completing the set up tied knotless-knot style. Nine times out of ten the smallest grain of corn is mounted on the hair, yet on the odd occasion when this fails a Nash 6mm or 8mm Squidgee pellet is the next best option. Groundbait around the lead has to be fine and I now use Old Ghost Green Alga. Its important to mix this a couple of hours before leaving home, then sieved (again very important) just before using it and the end texture should be just firm enough to be compressed around the lead. Apart from pre-spawning, crucians are rarely found far from the margins so this tactic involves holding the ‘groundbait-lead’ next to the reel and simply swinging it out. This may seem simple, yet swinging a 1oz loaded lead out to its furthest point on a tight line, then releasing it on a limp line is easier said than done. Get the consistency wrong and your bait will be all over the place! Once the groundbait-lead has hit bottom do not pull the lead away from the pile of groundbait. Simply tighten the line up against this, place the hanger on the line and wait for them to alert you to a bite. I like to use a tight line (once again going against the trendy at the moment popular slack lines) from rod tip to lead and if possible try and position the rod tips under the water and as close to the bottom as possible. When the crucians arrive you will receive loads of bleeps as they rummage through the groundbait. Resist these until the hanger starts dancing and don’t be surprised if line is taken from the baitrunner. When a bite develops, do not strike, the hook is already firmly in the crucians lip, just lift the rod gently and play the fish with kid-gloves into the net. If you are getting lots of bleeps and aborted runs then change your hooklink, it might look perfect but obviously its not. If the rig is working correctly, more often than not the hook will be bang in the centre of the crucians bottom lip.

Try to avoid loading the ‘groundbait-lead’ with freebies, as crucians are clever and they will be able to tell a 6mm free pellet to a 6mm pellet with a hook attached. When crucians arrive in my swim, I can almost visualise them getting frustrated as they shift around in the fine groundbait looking for something substantial. When they come across the small piece of corn or pellet it’s almost a relief that they have found something to get their teeth into, hence how effective this method is.
It’s also amazing just how quickly after a recast a bite will come. Just like using the ‘pellet-lead’ on a well stocked carp lake, if you don’t get a bite quickly then the chances are you will be fishing a single hookbait and it’s the same with the ‘groundbait-lead’. This ball of bait will only be effective, or working to its fullest potential for a certain amount of time before it looses its appeal and an angler has to judge just when this is. I will almost always recast the ‘groundbait-lead’ every fifteen minutes, even if the fish haven’t arrived. Once they arrive, believe me, you will be casting far sooner!

A word of warning when using this rig. It’s extremely effective for tench and king carp. Take it to a commercial such as Gold Valley Lakes and you will be catching big carp all day. Use it on Godalming’s Harris, once famed for its monster crucians and you may have to move swims as the tench, and often big tench, in excess of seven pounds will bombard your swim making targeting crucians almost impossible.
The difficult point to crucian fishing is location. Crucians will give themselves away at dusk, sometimes a couple of hours into darkness, so you need to get to know the venue in order to find them and get the best from it. Crucians are relatively predictable and if you have a good night in a swim, then your probably find them in the same place the following night. They are however quite temperamental and although they maybe in the swim, if the wind changes from a west to an east they maybe far harder to tempt.

Well that’s about it in this mini series. Plenty to get the brain working overtime and a few new tactics to take to your local venue that will certainly get your indicators moving.