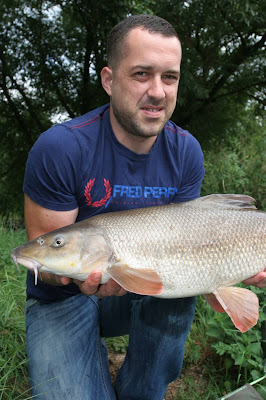 After such a manic week I was glad for once to see a bank holiday on the horizon. The whole weekend was spent relaxing and recharging the batteries as well as the usual jobs such as weekly reports, tidying tackle as well as completing Part 4 of ‘Targeting a new Tench Lake’ for Coarse Angling Today’. Sitting in the garden I felt a sting on my knee and looked down to see a black and white ladybird biting me, a bite that was to flare up over the next few days. Beware red and black one are fine but other coloured ones bite! The only drawback was that this holiday would cut right into my own personal fishing yet getting on top of things was far more important and I finally managed to get out late Tuesday afternoon. Arriving at, or should I say, almost arriving at our chosen carp swim at 7pm we were confronted with a situation that prevented us from getting to the river, joy! What with the tench lake closing earlier in the year and now, no way of getting to our carp swim to continue our campaign, we almost laughed, some things are just not meant to be. 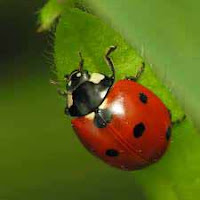 Heading downstream we finally settled at another area close to a yacht club and after baiting up watched as the bobbins started to dance, joy, bream are around. After six five pounders I changed my preferred snowman rigs for 20mm baits which as usual quietened things down, yet come 1.30am I was thinking whether these bigger baits were actually being ignored by not just the bream but any carp that might be around. Out went the 15/10mm snowman rigs and within minutes in came two more bream. The bigger baits went out once again and come 5.30am when we made a quick getaway carpless once more and having to rethink what direction our fishing for the rest of the year would be taking.
Back at home and after a couple of hour’s kip I was once again out, this time meeting one of my regulars Ron at Godalmings Broadwater Lake. Unfortunately the lake fished badly and after the six hour session we ended up with just five carp into double figures. I always try to find a reason why the fishing is bad and on today I blamed the variable wind that just couldn’t make its mind up. 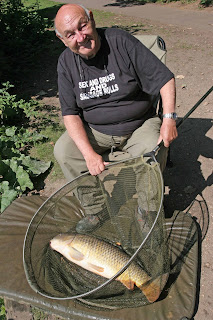 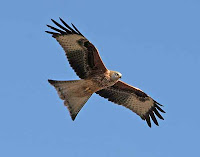 Thursday was all about preparing for the final Farnham Angling Societies Barbel Teach-in and as usual we saw two no shows which is really disappointing, however it did give the four eager anglers the opportunity to move around. Paul, new to river fishing was first of the mark with a chub which was unfortunate as he was in the banker barbel swim and on this occasion was rudely interrupted. Dean headed of upstream and landed a small barbel while Barry and Brian moved around trying out my tactic without any joy. Once again thanks guys, it was a pleasure to meet you and keep me informed on how things go.
Friday I was fortunate to get a lay-in as my customer for the day wanted me to introduce him to a very difficult stretch of the river Loddon, brave man. Meeting at 10am in bright sunshine we headed of upstream with me revealing past and present barbel swims along the way whilst watching red kites fly over top. Brian had in fact fished the section on seven previous occasions without any joy and was in need of a helping hand as he dearly wanted to catch his first barbel away from the more commercial sections and wasn’t put of by the rock-hard nature of this stretch. We finally dropped into a swim towards the top of the section and after going through bait, tackle and some watercraft on the swim swung the rig into position. Amazingly after just a couple of minutes a couple of tiny taps were noticed then ten minutes later the rod pulled round in true barbel fashion and after an explosive fight I slid the net under Brian’s first barbel. After this we roved the river trying another ten swims, some showing signs of fish, one even producing a good bite, yet after being in contact for a few seconds the hook pulled. It wasn’t a barbel, probably more likely a chub or bream and come darkness we were back in the car park, drained but well happy with our results. Good luck Brian, go get ‘em’.
Posted by Unknown at 04:57