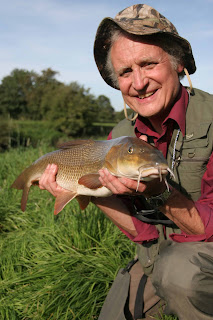 Day Four.
Another glorious day with temperatures rising to the high twenties and once again the wind was present, this time coming from the south west. The river had dropped around a foot since arriving on Monday with very little colour l expected the fishing to toughen up.

Alan dropped into the banker swim and leaving him with plenty of traces helped my new customer for the day, Mel who was interested in one of the Wye’s smaller species, Dace. Heading well upstream to another salmon croy which created a great crease to trot down, Mel was soon catching dace but unfortunately they weren’t the size he desired, maybe 6oz at best. Numerous spots were tried along the river but the bleak made fishing the deeper water almost impossible and with the dace not shoaled up on the shallows he had to be content with plenty of small silver fish. We did try fishing scaled down barbel tactics and small pellets on the hook, a tactic that had previously rewarded myself with dace to 10oz, yet the only bites he received were from barbel. One was lost the other three landed with the best going 6lb 12oz so even though the dace failed to show he did return home caught his first Wye barbel. I have promised Mel a return trip to the river later in the year as l too would love to catch a big bag of quality dace. Paul at Woody’s tackle shop has promised to call me when the rivers right as well as keeping me informed when the pike become active. 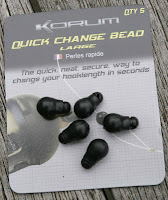 The banker swim was becoming difficult to fish due to the low river level. The barbel were also becoming less aggressive and instead of the expected aggressive pulls seem to just pluck at the bait, however Alan still managed to land seven to 7lb 4oz.
Posted by Unknown at 03:42