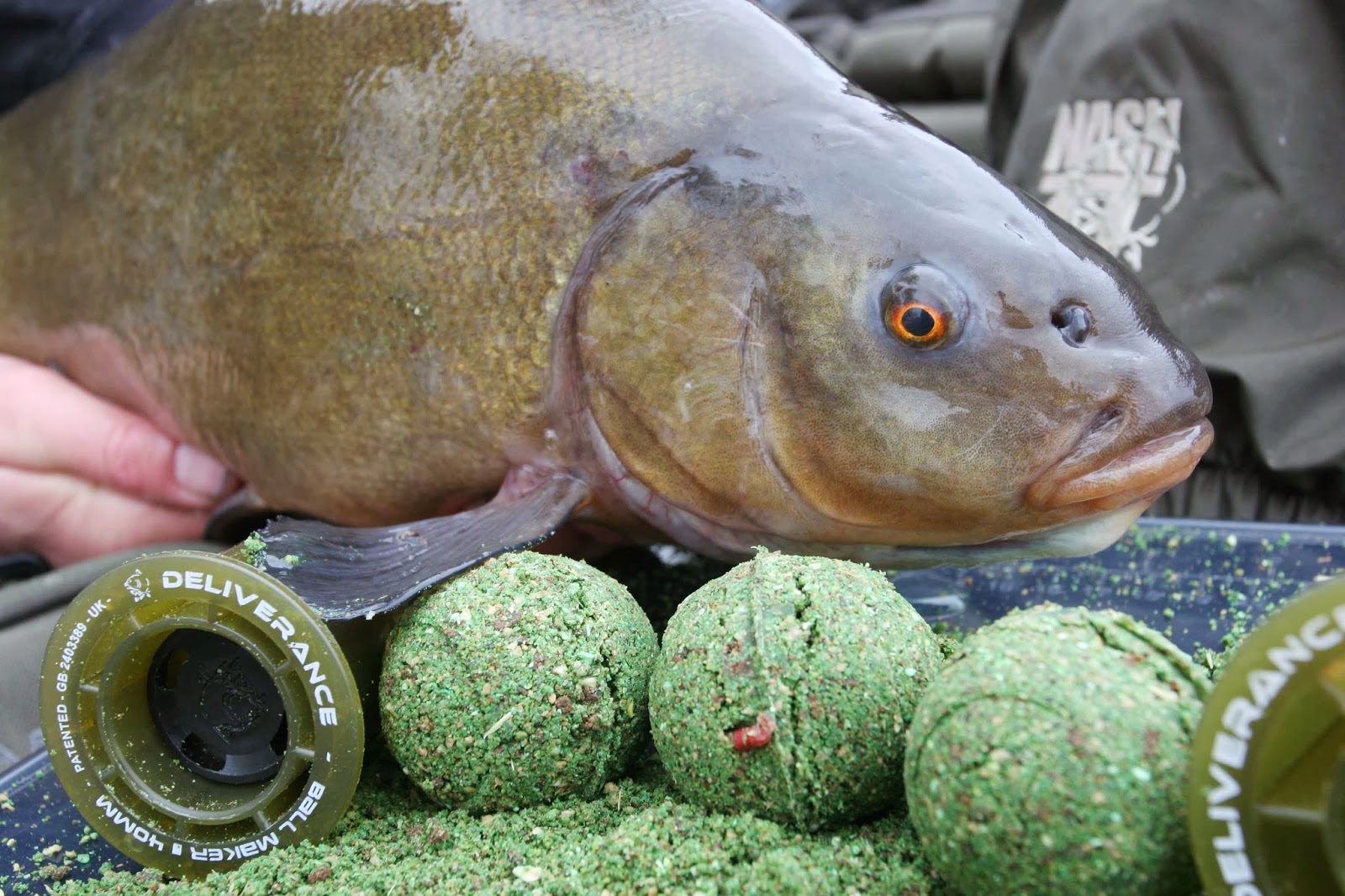 The Helicopter Rig needs no introduction, it’s been around for years, yet it’s rarely used by anglers targeting species other than carp. Most anglers targeting bream and tench tend to follow suit with the carp lads, using standard scaled down semi-fixed bolt rig consisting of either an inline lead and PVA bag with pellet within and a boilie as bait or an inline maggot feeder with plastic bait on the hair. However a few in the know anglers have taken the Helicopter rig away from the carp anglers, modified it and proceed to take venues apart with it. Nash Peg One consultant Stuart Jupp is one of those anglers that knows the full impact of just how versatile and effective this self-hooking rig is and we sent him to one of his local club waters to see how many species he could catch during a short morning session. For Stuart our challenge fell bang on time that Nash were testing out their new innovative device, The Ballmaker so it was exciting times for everyone. 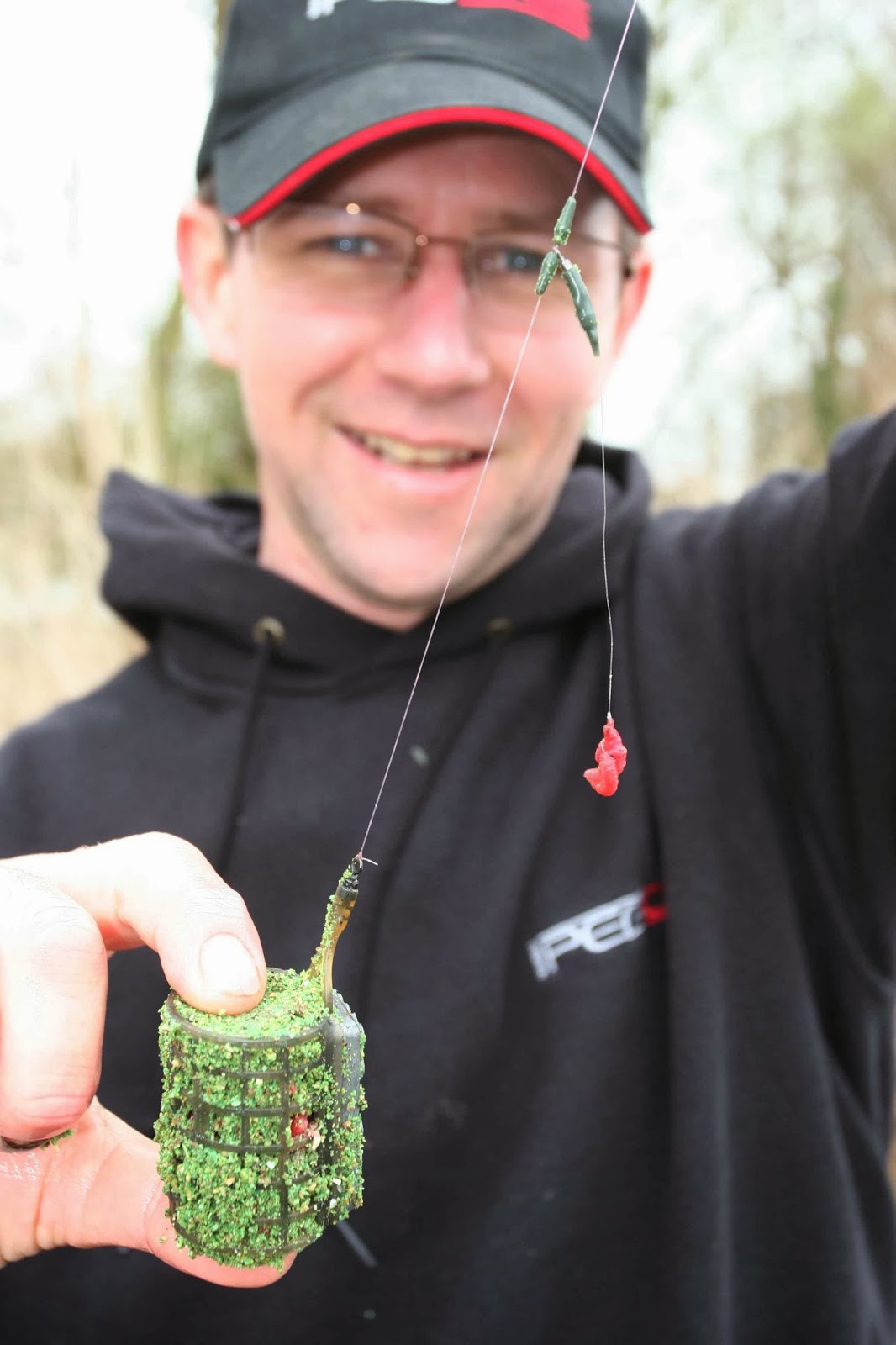 Arriving an hour after sunrise Stuart takes his time to scan the water. This is where watercraft learnt over many years plays a major factor in success and failure. There’s a brisk westerly blowing which is colder than hoped and although Stuart wants to have a good ripple in front of him, he opts out of sitting with this directly in his face, preferring to cast into open water at the end of the lake where it’s blowing but from an angle. Keeping to open water will give me a good chance of picking up numerous species, especially bream that are abundant in this lake. I have already come with a plan of action and that’s to introduce a dozen balls of groundbait at a comfortable casting and catapulting distance. Fifty yards is about right and with the lake typography being fairly uniformed it’s up to me to make a feature, and that’s achieved by accurate and constant feeding. Constant building the swim is paramount if you want to get the best from it and this is why Stuarts decided to cast every fifteen minutes. Once the fish arrive and he lands one a further two balls of groundbait will be introduced, a routing that he will continue right to the end of the session.

Wanting to catch numerous species Stuart has kept his hookbait very simple, live and dead maggots. Groundbait is a 50/50 mix of Fish Frenzy Talapia and Halibut method mix which may seem strange but Stuart intends to mix this groundbait very dry and then sieve it. The groundbait will be fed into the swim, initially by catapulting out, and then regularly topped up through a cage feeder and by placing live maggots in the centre of the feeder; these simply push the groundbait out. The dead maggots are great as these can be mixed into the groundbait and pressed with the balls that are fired out. Dead maggots are also a great hookbait, especially for bream with tench and perch preferring live ones. Stuart has also given his groundbait an extra boost by adding a good helping of Sweetcorn Magic Mix Attractor which is really sweet smelling. He also adds some to his dead and live maggots but edges on the side of caution when doing so.

When Stuarts created the right consistency he quickly makes op a dozen 40mm balls with the Ballmaker. I watch as he fills the larger part of the device, presses down, and then adds more. This creates a much firmer ball which are easily fired out using a hard cup style catapult. Before firing these out though he fills his feeder with groundbait, lines his cast up with a far bank marker and makes a preliminary cast. As the feeder hits the water he places the rod on the ground and only then starts to catapult the balls out, this way he can make sure that his initial baiting is relatively accurate. Before winding in Stuart places his mainline in the reels line clip then ties on an elasticated stop knot just of this. This reference marker will allow Stuart to create up an accurate feeding zone during the session, building the swim in a slow but positive way, drawing fish steadily into his swim and hopefully reap the rewards as the session progresses.

Although the Helicopter Rig sounds complex, it is in fact very simple and almost tangle free. Basically it’s a short hooklink, usually three to four inches that is trapped on the mainline by two float stops with the feeder tied to the end of the mainline. The rig has to be balanced throughout and over years of using Stuart reckons that a size 16 micro-barbed hook attached to a five-pound fluorocarbon hooklink can’t be beaten when using maggots. The hooklink is positioned an inch further away from the feeder than the length of the hooklink and a small tapered rig sleeve acts as a boom, keeping the hooklink from tangling on the 6lb mainline. On one rod Stuart will be using a 25gram mesh style open ended feeder with bream in mind and the hookbait will be dead maggots. On the other rod he will be using the same size feeder but this time it will be a maggot feeder and with two live maggots popped up of the deck with some foam he hopes this will encourage a tench to grace his net. Keeping his options open at the start will help find out what species are in his swim and when one rig shows a preference he will swap both rods over to the winning tactic. 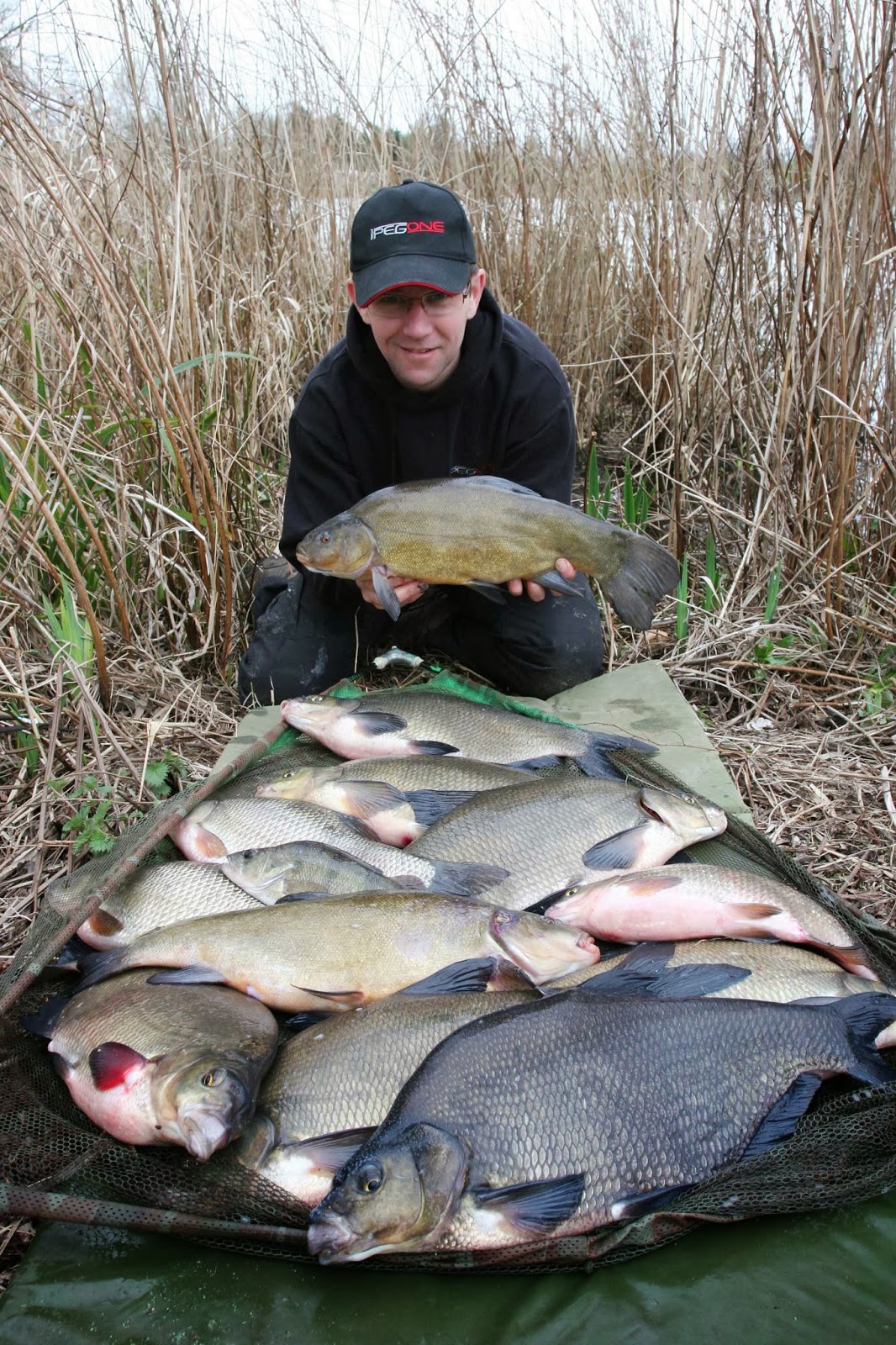 After introducing the balls of groundbait Stuart casts out places his rods on the rests and attaches his bobbins hoping for a quick indication that he’s made the right swim choice. That indication comes after just ten seconds as one of his alarms sends out a series of audible notes. Stunned at such a quick response and noticing one of his bobbins has dramatically dropped back Stuart carefully lifts the rod and feels into a fish which straight away is identified as a bream. Weighing around 4lb it has come to the groundbait and dead maggot tactic, a devastating bream tactic if ever their was. Recasting the rods go unnoticed for the next fifteen minutes which is time for a recast. Soon after casting a repeat performance happens and from then on it’s a bream almost every cast to the groundbait feeder, yet the maggot feeder and lives goes unnoticed. After half a dozen bream its time to change and the action intensifies, yet its just bream that are falling. Changing to lives on one rod Stuart soon receives a one toner and bends into a much harder fighting fish, however fully expecting a tench he’s stunned as a quality Roach/bream hybrid slides over the drawstring. A couple more follow before a fish is connected with that feels completely different and by the jagged fight he suspect a perch is the culprit and he’s right. Having three species in the net Stuart knows he can only expect one more species, yet he has to wade through a number of further bream before the baitrunner kicks into life. Playing the fish ever so carefully as not to pull the hook or break the hooklink a tench finally graces his net followed by two more. With the five hour session now completed Stuart goes to lift his keepnet and is speechless as he struggles to do so, as within is a mixed catch weighing at least fifty pounds and that’s with quite a few smaller bream slipped straight back!