The first Barbel teach-in of the season run by Duncan Charman got off to a flying start with no fewer than nine fish shared out between the five anglers.
Meeting at 5pm on a humid summers evening the teach-in couldn’t have got off to a worst start as whilst setting one anglers clutch Duncan accidentally snapped the tip of his rod, yet as you will see from the words received from young Dermot everything righted itself come the end of the night. After a brief discussion on tactics and bait application along with an introduction to the stretch each angler choose their swim and settled down in anticipation. Reports were that the stretch was fishing hard due to both chub and barbel spawning late, yet with a slight tinge to the colouration of the water and sheer luck on picking a night when the fish were feeding it only took fifteen minutes for the first fish to be landed. It was taken by William who had never caught a barbel and weighed in at 8lb 7oz. Just as this was returned news came in that another had been landed this time by Steve who took a spawned out barbel weighing 8lb 12oz. 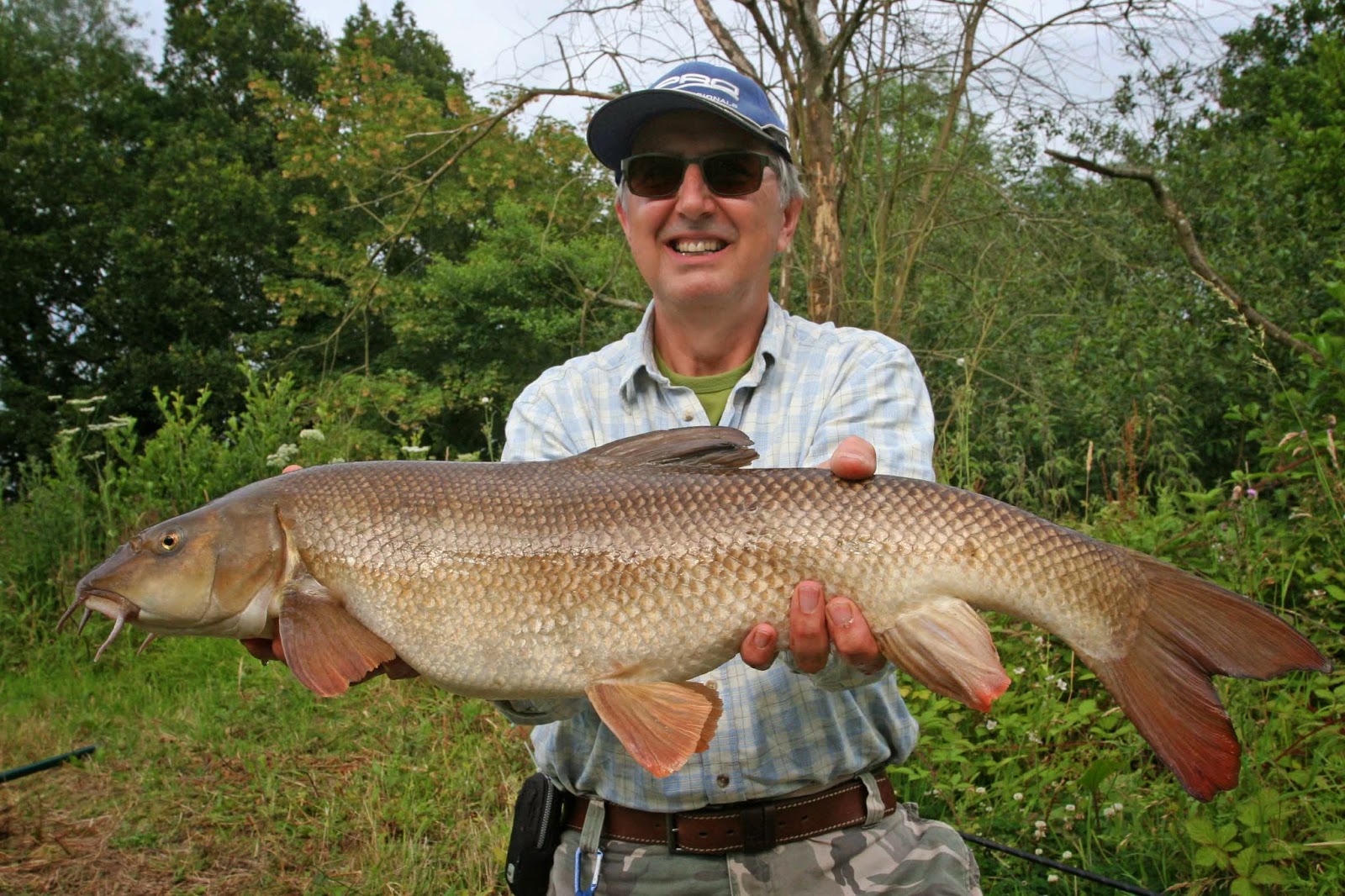 Things then went quiet for an hour or so but with the anglers moving stealthily around it was only time before the next capture came, this time from Terry who landed a 4lb plus chub. Another Steve was quietly targeting the lower end of the fishery and soon was reporting the biggest of the day an immaculate specimen of 9lb 10oz along with a late 3lb chub. The two anglers in the top field reported a couple more chub, the best 5lb 4oz yet it was Will who was next on the barbel score sheet with one weighing 5lb 7oz, yet after breaking Dermot’s rod in the car park it was him who I really wished for a fish and as darkness fell the rod ripped round and after an anxious few minutes when the fish found a snag he finally guided his first ever barbel to the net, one weighing 5lb 5oz.

Hi Duncan
Just wanted to say thank you so much for last night. It was probably the best fishing experience I've had so far and I enjoyed the evening from start to finish. It was run perfectly and I felt relaxed and comfortable the whole time (except trying to get a barbel out of the smallest swim I've ever seen.)
I've been smiling all day and I can't get over the pure power of them.
Thank you for the rod too I'm sure now I'll catch plenty more fish on it.
Didn't have any money on me last night but hopefully I'll catch you soon and get a copy of your book.
Thanks again Duncan, that evening will stay with me forever.
Many thanks
Dermot 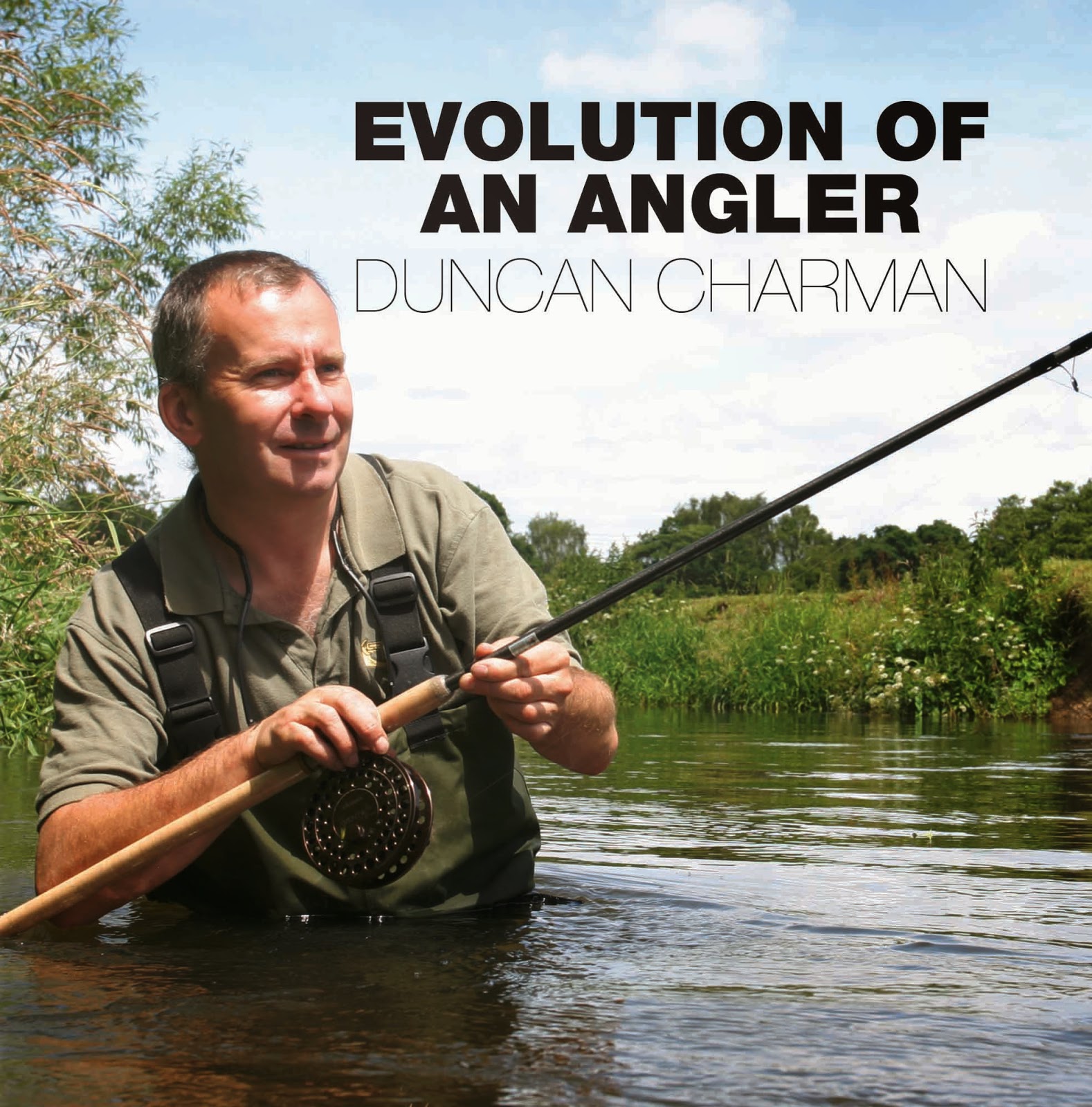 The next FAS barbel teach –in takes place on Tuesday 15th July (August 7th is fully booked) and there are still a few spaces left so if you are interested please call me on 01252 315271 or email me duncancharman@me.com with your name, permit number and telephone number.

Duncan’s book ‘Evolution of an Angler’ documents many FAS venues including the river Loddon and can be purchased at www.calmproductions.com and signed copies are also available direct from Duncan and at every FAS barbel teach-in.