Last year you may recall I spent five days on the magical river Wye in Herefordshire during the month of September and although the weather was far from ideal the group of anglers that I guided caught an amazing 65 barbel and countless chub.

Well I have just returned from the first week of my exclusions north and although reports have been that the river has been fishing poorly can reveal that as long as you can locate the fish then catching is guaranteed. Let me progress…

Having just one angler to look after on Monday we agreed to leave and meet later than first agreed. In fact it was around 10.30am that I met Barry feeding chub of the bridge at Hoarwithy. Having booked the banker swim we were in no hurry to start and after a trip along the river, revealing possible swims for the future as well as a tactical briefing on why long hooklinks and feeders are needed and as Buzzards soared overhead finally cast out at around midday. The river was lower than I had ever seen it yet an accurate cast downstream bought an almost instant response from a barbel of around five pounds. The weather was far from ideal, hot and sunny, yet although the bites came freely we experienced a few hours of frustrating fishing as fish after fish was lost due to different reasons. Last year I used 8lb mono hooklinks, yet with the water so low these were simply cut off an inch or two above the knotless knot. The swim also contained a big snag that once located could be either avoided or if a fish did happen to find it could on most occasions be released by opening the bail arm, allowing the fish to swim out backwards then tired before rising in the water and bought over the top. I think it was seven/three to the barbel, yet once mastered most fish found the bottom of the net and come the end of the day more than twenty barbel had been landed to over 8lb along with a few chub. A hearty chilli and a beer went down easily bankside before hitting the bivvy at around 10pm to the sound of owls hooting and salmon jumping. To be honest just experiencing the sheer silence of the countryside 24/7 is worth its weight in gold, the barbel are just a bonus! 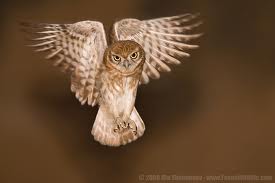 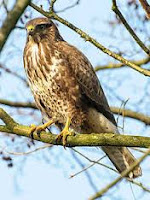 I was amazed to see the same fish with a distinguishing scale pattern that was caught last year in the same swim weighting exactly the same which goes to show these barbel are resident, its their home and apart from during spawning they aren’t going anywhere.