Day 2 on the River Wye 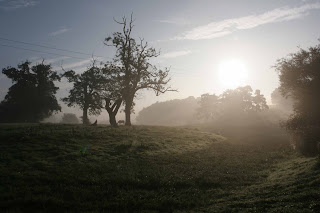 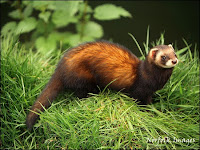 Having fished the afternoon stint the day before in the Whirlihole, Barry arose far earlier than I expected, 5.15am in fact to start his morning session. I plan to meet my customers at 7.30am and after a dawn rise the first of numerous all-day breakfast was consumed and along with baiting the Salmon Hole I experienced what has to be the best shower in the world, one in the river, before headed downstream in the heavy mist to meet my second customer Mark. By now Barry knew the drill, cast forty-five yard downstream, clearing the big weed bed and hold the rod. Taking Mark upstream we first tried the pre-baited Salmon Hole before dropping downstream to a swim I remember my good friend Martin Farmer landing twelve barbel from last year on the final day before having to make an early exit due to a rising river and five ounces of lead failing to hold bottom! Unfortunately Marks efforts went un-noticed however his fortune was about to change as it was his turn in the Whirlihole. I was expecting Barry to head upstream but having landed an obscene amount of barbel simply needed a break. After learning the swim from an early lost barbel Mark enjoyed his arm-aching afternoon stint but had to leave before dusk due to a broken headlight, yet still went home happy with around a dozen barbel to over 8lb plus a few chub to his name. Barry made the most of Marks early departure taking a couple more barbel before it was time to leave as dusk fell.

Earlier in the day one of my regular customers had arrived, Ron Jackson who at the amazing age of 77 had decided to give bivvying up a go and during the afternoon Barry, myself and Ron had erected his hotel for the three night stay. Looking in Ron’s boot it seemed he had brought the kitchen sink yet one thing that wasn’t packed was a sleeping bag and with the temperature dropping into single figures during the night I was worried for him, yet luckily Barry left his, just in case, thanks mate! To say the hills had Wild Boar in them that night is an understatement as once my head hit the pillow I was well away, snoring my heart out. Previously that afternoon Ron and I had watched, what we thought was a Weasel run across the field, yet was it a rare Pole Cat?