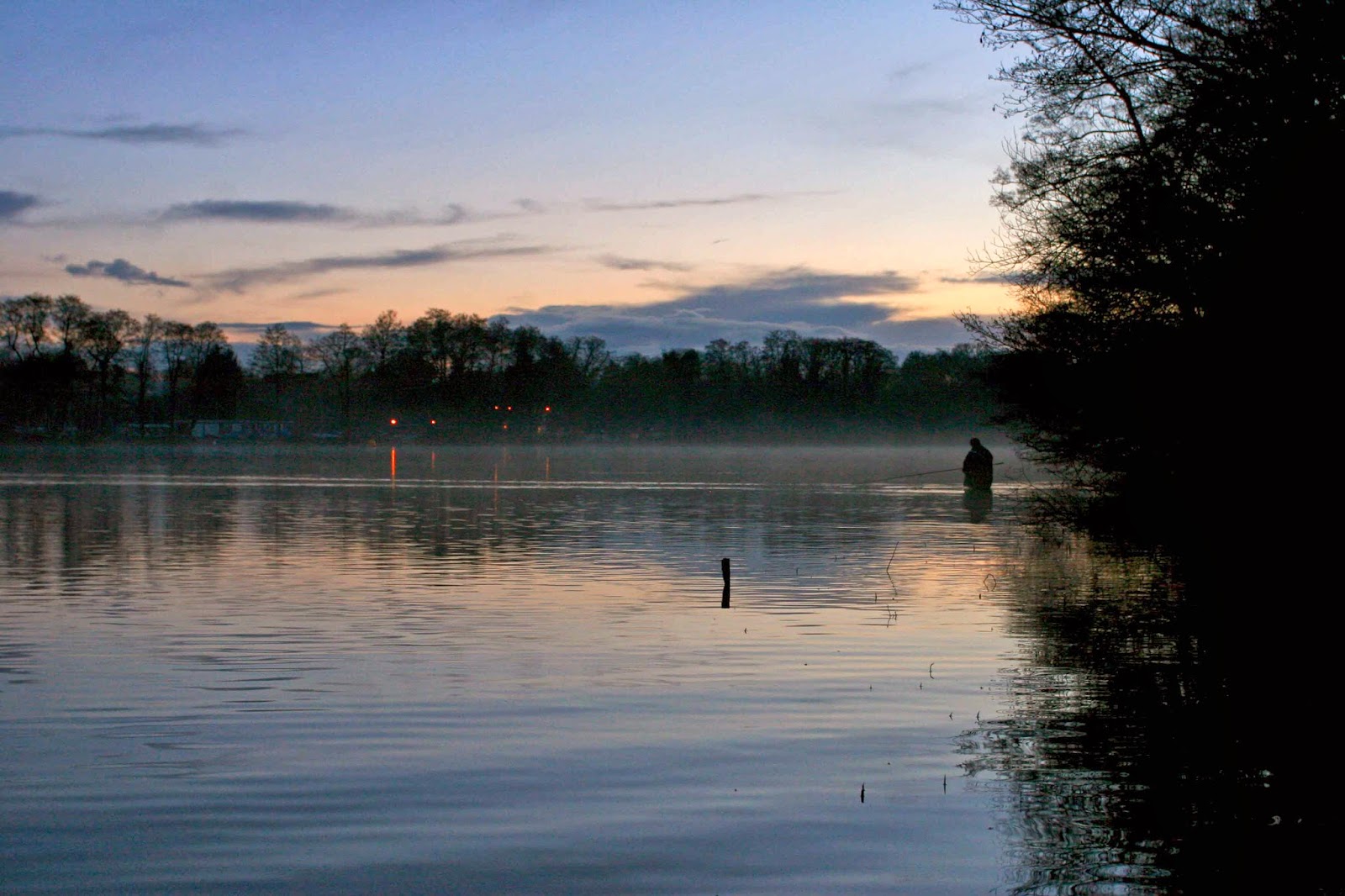 Without a doubt my busiest month for a long time with my daily diary inputs showing that I have been on the bank no fewer than twenty occasions. These sessions have mostly been on stillwaters as the rivers were still high and coloured and I’m not a lover of tackling a flooded river, more for the fear of falling in than anything else. My love for flowing water has continued to disappear and this was further enforced during the last week of the season. After arriving early and managing to fish a couple of swims for forty minutes or so an angler scared the living daylight out of me in the third swim then proceeded to talk aloud and stand sky lining the swim. My confidence dropped to zero so I moved swims only moments later for another angler to arrive and drop in a swim directly below me which was around ten yards away. Having the whole of the river to choice from and with no respect for me I picked my tackle up and left, having no desire to return till the autumn. These twenty sessions totalled 120hrs and have been split between personal outings (11), guiding (6) and features (3) which is a nice balance and shows that as the weather gets better and the days longer other anglers are dusting down the tackle and getting out, hence the increase in my guiding days.

With Frensham Great Pond also closing for the traditional close season my campaign sessions have also come to a close. To be honest the rudd captures took a turn for the worse during March, proof that a constantly changing wind effects Frensham more than any other factor. I did publicise my captures within the Anglers Mail and out of respect for another anglers left it to the last minute. I also kept quiet as the last thing I wanted was for other anglers to follow suit and spoil the peace and quiet I found on the venue this season. A previous blog described this campaign but in short my brother and I landed just short of a hundred rudd over 1lb 7oz with around 50% of these being over 2lb, the best weighed 2lb 11oz. Don’t think things were easy as my only overnight session of the campaign totalled fifteen hours during which time the temperature dropped to -3.5 and my only bite came at 1.30am from a rudd weighing 2lb 2oz. Feeding periods were very short, maybe twenty minutes or so and the most rudd I caught in any one session was five!

The predator season also came to a rewarding end, not for me but a lucky customer who wanted to catch his first ever sizable zander which he did at Old Bury Hill on the final evening in style with one weighing 11lb 6oz.
In a way I’m glad that the traditional close season has kicked in as this removes loads of options and allows myself to review the coming season and start a few new campaigns. Grass carp, tench, catfish and eels will all feature over the coming months as will silver bream. Farnham Angling Societies Badshot Lea Big Pond is still in brilliant form with customers taking big bags of bream and over the next few weeks will only get better as the tench should switch on and add some variety to the fishing.

Viewers of my personal website will also see that I have now started my new series, Challenge Charman which sees me visiting either a day ticket or club venue each week. These articles are directed towards anglers just wanting to catch a few more fish and will show how I approach each session, the tactics employed and baits used. If anyone has any ideas or venues that they want me to visit then please email me duncancharman@me .com and I will try to accommodate.

One enjoyable session was with the Tight Lines crew when I visited Court Farm Fishery in Berkshire. Fishing the Specimen lake and using simple float tactics in the margins and prawn on the hook I was constantly beaten up by carp to around 14lb along with catching a early season tench plus a couple of pound plus roach.

April is in my mind the best angling month of the year so make the most of it and get out their as everything is waking up and looking for a meal.

Images –
1. Frensham in the winter is a cold place.
2. Simple float tactics fouls many carp in the spring.
3. Nash ambassador Jake with a float caught day ticket carp.
4. Martin took this carp first cast on a heli-rig intended for bream.
5. Badshot Lea Big Pond, a great place in the spring.
6. An early season tench with a taste for a prawn.
7. This perch came on a 6mm yellow pellet.
8. A cracking day ticket roach of 1lb 10oz.