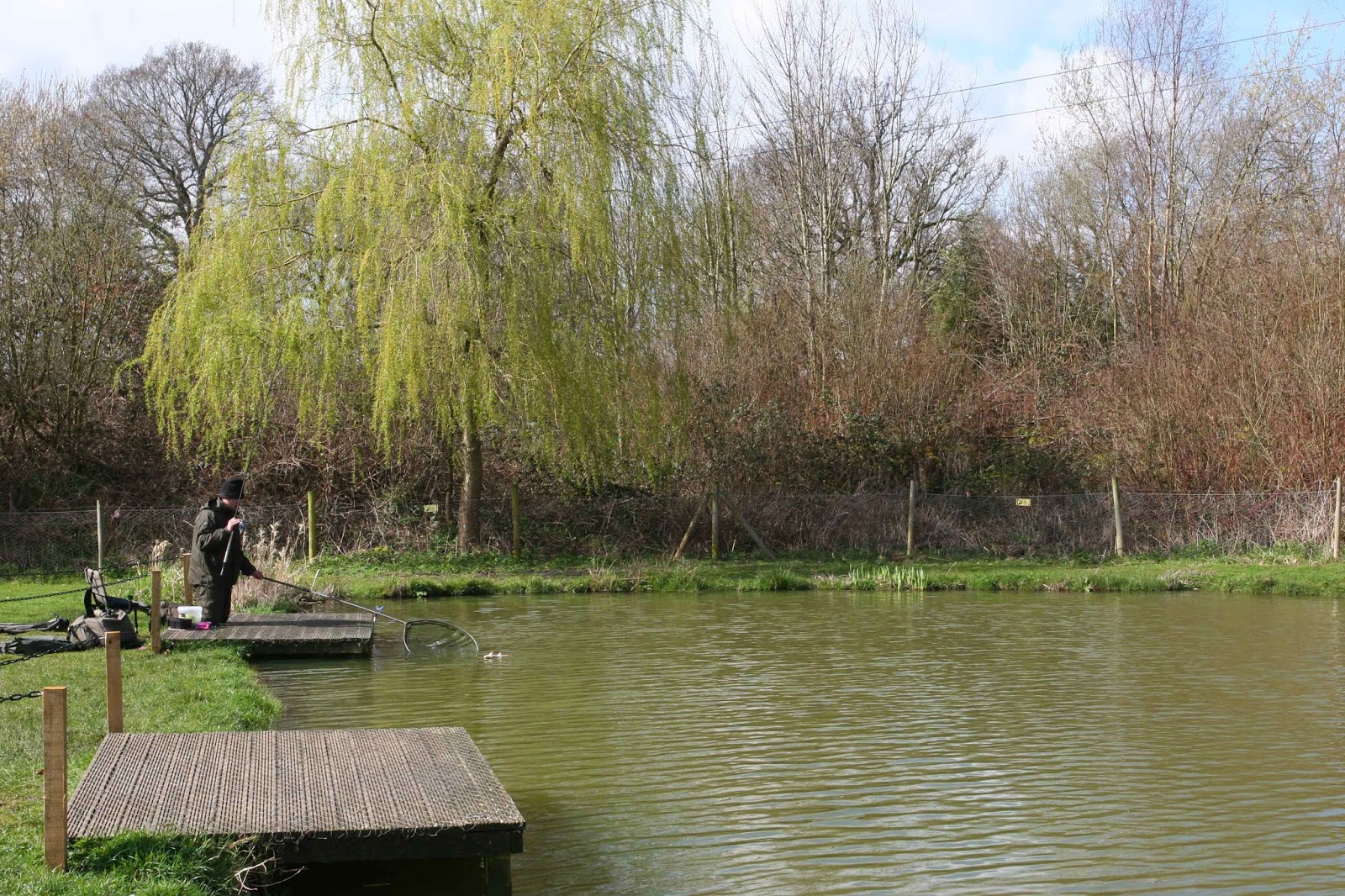 Venue fact file –
FLE Fishery, Greenridge Farm, Green Lane, Ampfield, Hampshire SO51 9BN.
www.forlifeexp.com
Tickets Adult £10-00, OAP and juniors £6-00 available from onsite tackle shop. Evening and monthly membership also available and Specimen Lake available for weekend hire as from June at a cost of £50 per angler (max 4 anglers).
Stock – The Specimen Lake contains just 15 carp yet they are all over 20lb with the best over 30lb.
The four canal type lakes offer a variety of fishing. Lake 1 contains an amazing variety of fish including ide (to over 4lb), chub and tench. Lake 2 is all carp, lake 3 contains just carp as well as perch to over 3lb and lake 4 is again all carp but these are all over 7lb with the biggest a shade over 20lb.

Conditions – As bad as it gets with atmospheric pressure at 1016mb, white cloud and rain for most of the day and a cold north east wind making the maximum temperature of 9 degrees feel more like 5!

Now and again a fishery shows itself on the radar and with reports of multiple catches of 2lb plus perch in a session it just had to be investigated. It also coincided with a customer that was looking for a good perch venue so after plugging Passies and Alderwood’s postcodes into the sat-nav and finding both to be over an hours drive we agreed to head south and take the shorter route to Ampfield in Hampshire.

Alan was recovering from a nasty cold and just like myself had had a hectic week so knowing the venue didn’t open till 8am was somewhat of a relief, yet it still meant setting the alarm at 6am! Unfortunately the weather forecast wasn’t good, in fact all week we had seen an uncomfortable north east wind blow across the country and as a result catches had plummeted from the previous week. Rain was also forecasted and with a maximum temperature of just 9 degrees we both knew that it wasn’t going to be easy, yet with flasks filled and waterproofs on we continued with our plans.

Now I have caught big perch from small lakes before, yet what greeted my eyes wasn’t exactly what I had envisaged. The complex, apart from the specimen lake, is small consisting of four canal type lakes that run parallel to each other. All the lakes have well constructed platform swims, ideal for the match angler, yet I’m not a great lover when it comes to targeting big fish from platforms as the noise transmitted through these from chairs, nets and just footfall drains my confidence. The other problem is if it’s raining like today then comfortably fishing from under a brolly is difficult, so after trying it was simply a case of sitting it out in waterproofs, however sometimes the blinkers need to go on and an angler needs to focus on what’s appealing subsurface.
Alan headed for the far end of the lake, an area where the wind was pushing with myself starting at the opposite end. Our plan was to work our way to the middle if the perch failed to show. Unfortunately this plan had to be abandoned soon into the session due to another angler arriving. Alan was straight into perch, all net perch taken on the float with a big prawn on the hook. For me though, soon after taking a couple of modest perch the carp moved in and after getting beaten up on a couple of occasions and my watercraft telling me I needed to be where the ripple was I headed down towards Alan in the hope that I might find the stripy sergeant in an obliging mood.

My tactics for the day was two pronged with my main attention seeing once again a pole float fished on running line with prawn or worm on the hook with red maggot fed over the top to get the swim going. My rod was a Preston 13ft Carbonactive with a Shimano 4000 sized reel loaded with 6lb Gardner HydroFlo. On the business end a small 4x14 pole float was attached to the mainline and cocked simply using two number six and one number eight shot with a Reflo 5.14lb hooklink and Korum size 12 barbless hook completing the set up. My other rod was a simple running ledger rig using Nash 8lb Hardcore main, 5.14 Reflo hooklink with a 1oz lead running lead buffeted by a Drennan Quick Change Bead and on the hook, a size 8 Fang-Uni was either a big king prawn or a juicy lobworm.

Surprisingly it took well over thirty minutes to get my first bite and a perch around a pound graced my net; however the small tale-tale bubbles indicated that scaly creatures were beginning to grub around. A few more net perch followed but only after dropping down hook size and fishing double maggot on the hook. Alan was still catching perch and soon called me as one just shy of 2lb had just slipped up. We should have taken a photograph yet with perch falling steadily we both were confident that a two pounder would eventually fall. Wanting to get into the bigger perch I switched to a small piece of lobworm and that seemed to transform my swim but it wasn’t perch that wanted this bait but carp. One after another came, mostly commons around 5lb that fought for England, testing my tackle and patience to the limit. Alan’s swim had also slowed up, whether it was the carp that had bullied the perch out or just that time of day when the perch switched off and we started to realise that not taking a photo earlier was about to bite us on the bum. After around twenty carp I eventually threw the towel in and headed for canal 4 for the final hour in the hope of a double to complete the day. Alan persisted and continued to catch steadily, but by now it was more carp than perch and although confident that plenty of perch over two pound existed the conditions just weren’t favourable today. Soon after plummeting the depth and baiting a swim on canal 4, well two minutes to be precise, my float dipped then disappeared and with the rod bent double I knew a better carp was hooked. A nice mirror around 7lb was the culprit that was soon followed by a slightly bigger common showing that if its arm aching sport you are looking for then this is the place. 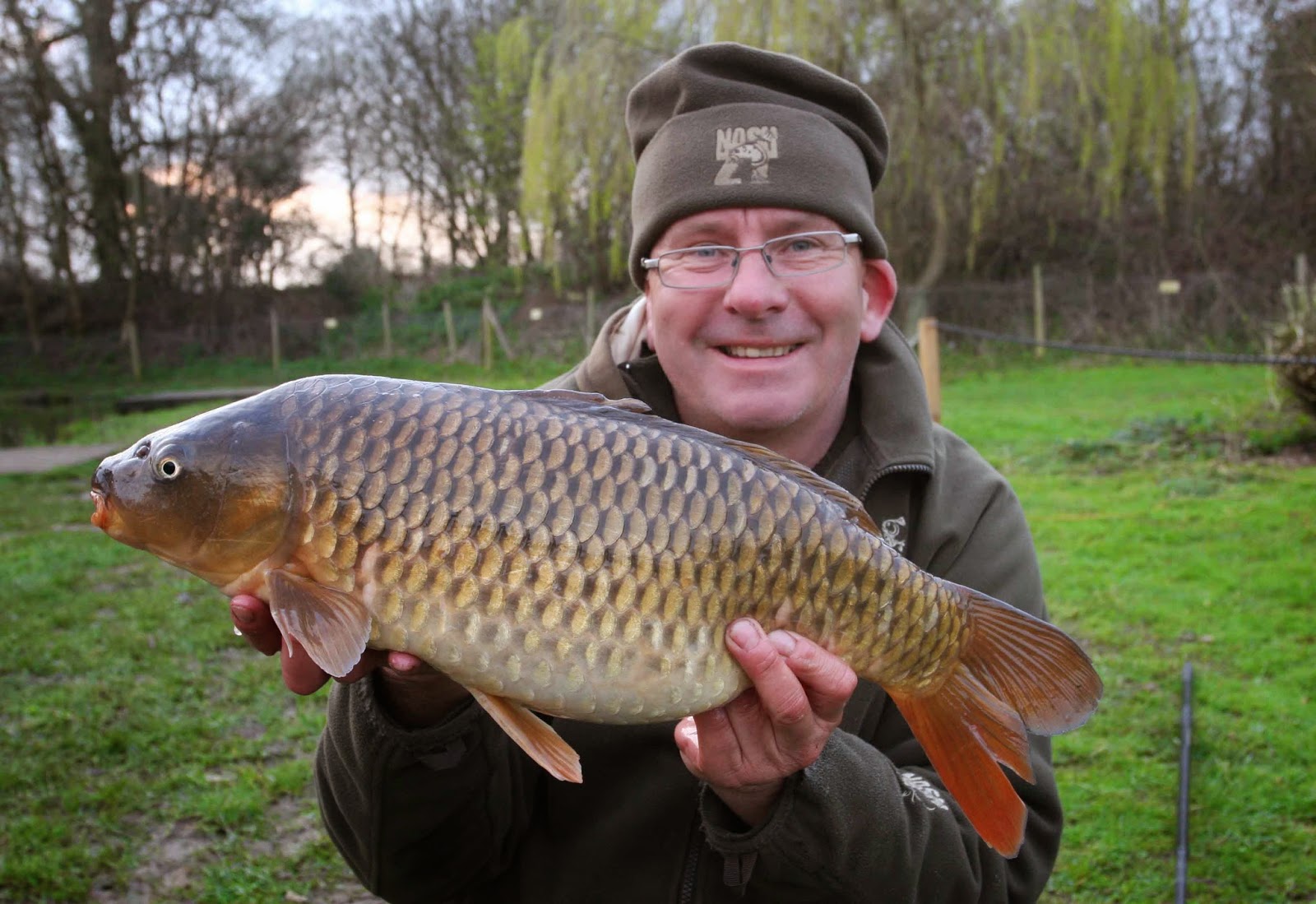 With the sun finally burning off the white cloud and the wind easing it was unfortunately time to pack up and on the way home we both agreed that the conditions were against us on the day and it was this that had reflected in our catch, however even in such uncomfortable conditions we still caught loads of fish, probably 100lb each with Alan taking more than twenty net perch. Now where can you go and do that?
Before signing off something that I need to mention is just how friendly and welcoming Graham who owns the fishery is. This guy puts himself out in making sure that his customers go home happy, even refreshing our flasks halfway through the day. He also goes that extra mile to help others, especially youngsters, organising instructional days throughout the year and the complex is also set up to help disabled anglers enjoy angling; it also has a tackle shop on site. What a shame theirs not more fishery owners like Graham, if their was, then we would see far more kids enjoying going fishing. 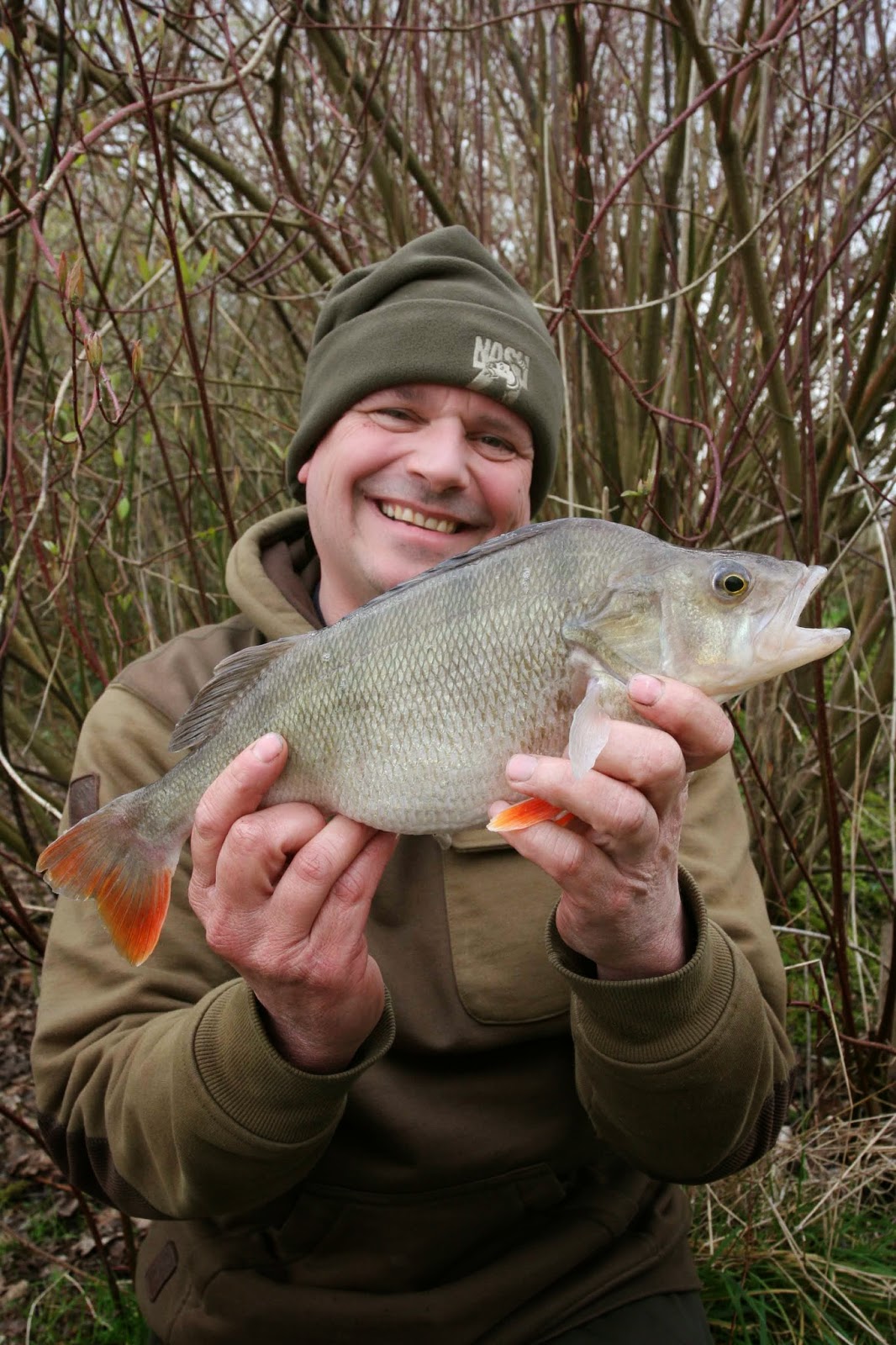