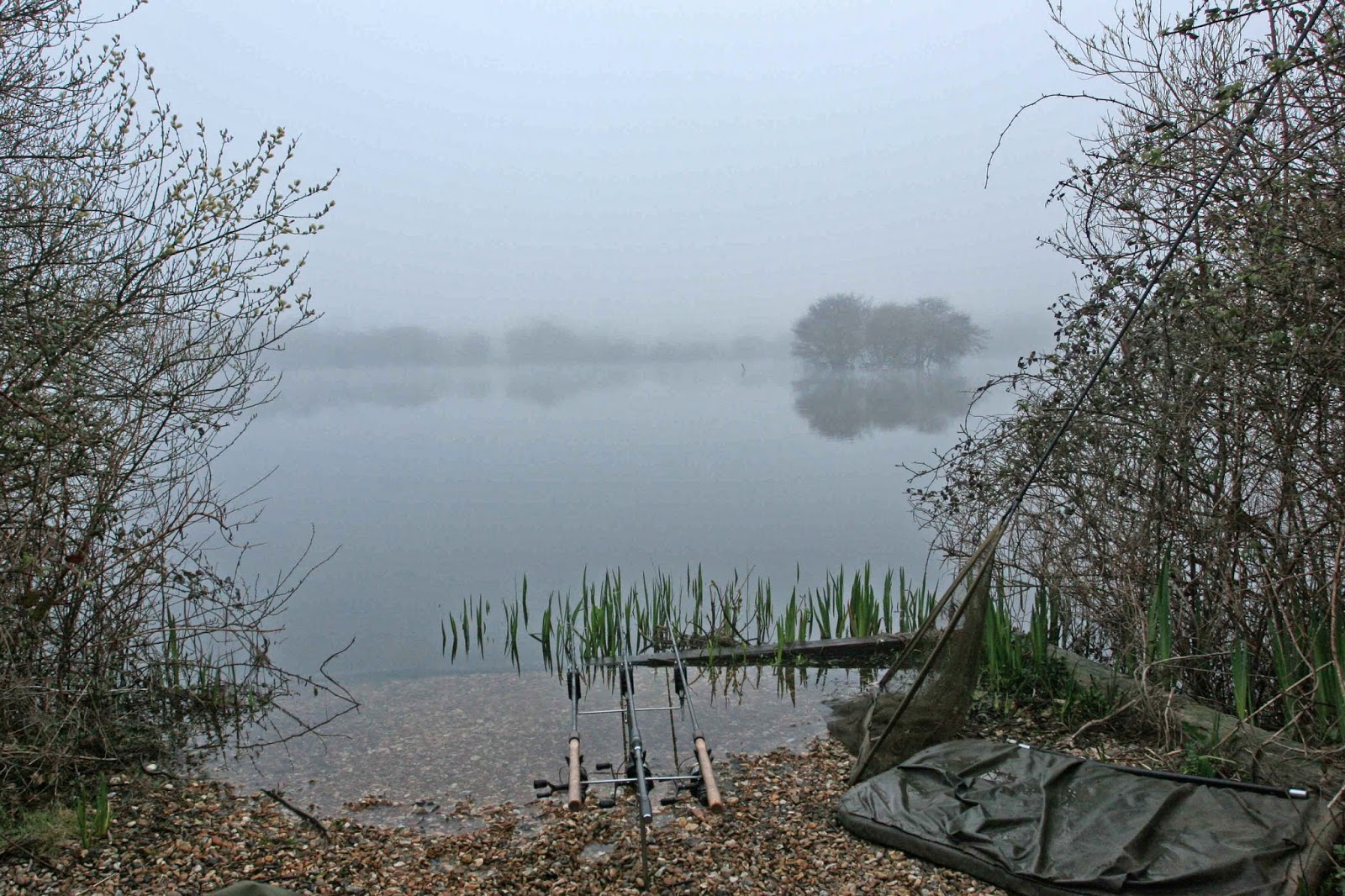 Well, things have started to happen at the tench lake at long last and as you will see tactics have been tweaked even more and with the water warming up things look good for the summer.

Swim choice, baiting and feature finding.
Unfortunately the two swims that we were hoping to bait and fish on a regular basis have become popular with the carp anglers so we have had to bin this approach and keep dropping into new swims, yet in hindsight this has probably worked in our favour as we have been able to learn the water far quicker this way, than becoming stereotyped into fishing two particular spots.
Different swims mean having to spend a few minutes with the marker rod before each session, yet as I initially said, feature finding isn’t, or should I say wasn’t my strongest point yet now I feel competent that I can read a venue subsurface with relative accuracy.

The more we talk to the carp anglers the more we know what we are after, double figured tench are in the venue, yet we have also found out that this lake is far from easy for whatever you are after, in fact one carp angler has fished over twenty nights for just one stocky, so my early results fill me with confidence that I am on track to unlocking the lakes secrets.

We have also found out that the tench population isn’t as big as I had been lead to believe and are certainly not a nuisance to the carp anglers but in a way I’m glad it’s like this as I don’t want to play the numbers game to get a big tench.

Bait application.
Although my rigs have hardly changes since binning the maggot approach and converting all three rods to a boilie approach my bait application has. Averaging just one fish a night from the first five nights wasn’t a return I was happy with, especially when tench weren’t playing a major part in my catches, so although a little early in the season, I decided to ‘bite the bullet’ and give the venue, what I call ‘the Westhampnett approach’ lots of particle laced groundbait. It was a risk but one of us had to do it so out came a Gardner Sling Shot and in went fifty balls of groundbait and come the morning I was grinning from ear to ear as we had finally found the baiting solution to catching the venues tench.

Rod selection.
One area that has changed is rod selection. I started with three different rods, a 2.75lb t/c carp rod for the boilie approach, a 1.25lb t/c for the margins and a 1.75lb t/c for the maggot rod at distance. After hooking a twenty pound carp, luckily on the carp rod I knew that if one of these was hooked on the lighter outfit then the chances of landing this was remote. I then reverted to fishing three 2.75lb t/c rods, not exactly tench fishing, yet after hooking a few tench knew that the nature of the fight and the stiffness of the tips would inevitably lead to the odd hook pull. Not wanting this, but also wanting to land carp I am now using 10lb Hardcore main on all rods but these are now 2.25lb t/c Nash Peg One Transformer Carp rods which seem to be the perfect balancing point in landing big tench plus having the power to subdue the odd rogue carp.

Dropping into a completely new swim mid afternoon towards the shallower end of the lake, one that gave me plenty of protection against the howling south westerly wind I initially did a bit of feature finding. After just half a dozen casts I had located a gravel bar at 45yards and with the margins not producing yet, decided to place all three rods slightly to the rear of this which were marked with elastic stop knots.

Bait as previously mentioned was a bucket of particle laced groundbait, about six kilos. This was made up of one bag of Nash Strawberry Scopex Frenzy Method Mix, one of Old Ghost Alga Carp plus a kilo of whole and broken 10mm Monster Squid boilies, half a kilo of 2mm and 4mm pellets, a pint of hemp plus a handful of corn all mixed together with lake water infused with Fish Frenzy sweetcorn Magic Mix Attractor. The dead maggots had been completely removed as this seemed to attract the Tufted Ducks and the hemp had been reduced dramatically. In fact this mix was created to draw in anything with fins, be it carp, bream or tench and if successful then it could be refined to target out target tench.
The next job was to get the bait most of the groundbait accurately to the marker float and this was quickly completed by the use of a sling-shot. As I was intending to stay overnight and fish till midday I held back on around a third of the mix as I wanted to introduce this at first light the following day. By 6pm I was ready to cast in but decided to leave to settle for an hour before casting in. I had also decided to fish the middle rod on a corn stack as this is a devastating tactic over groundbait, especially for bream, whilst the other rods were fished, one with double 10mm boilies and the other with one 10mm boilie critically balanced with a piece of buoyant corn. Each rod would have a small PVA bag of 2mm pellets attached to it and the plan was to cast every four hours as the small rudd would surely make light work of the small pellets. With around fifty balls of groundbait in the swim, on a lake that’s probably never seen such a tactic I sat back to see if I had overdone things yet at 7.30pm the double boilie rod signalled a bite which came from a five pound tench. Was this a coincident, no as come the morning another similar tench plus a double figured bream had been taken. Risking the last of the groundbait I deposited another twenty jaffa size balls into the swim at dawn and come 11am had taken another two five pound tench, not really the size we were after but with a tactic now working its surely just a matter of time. 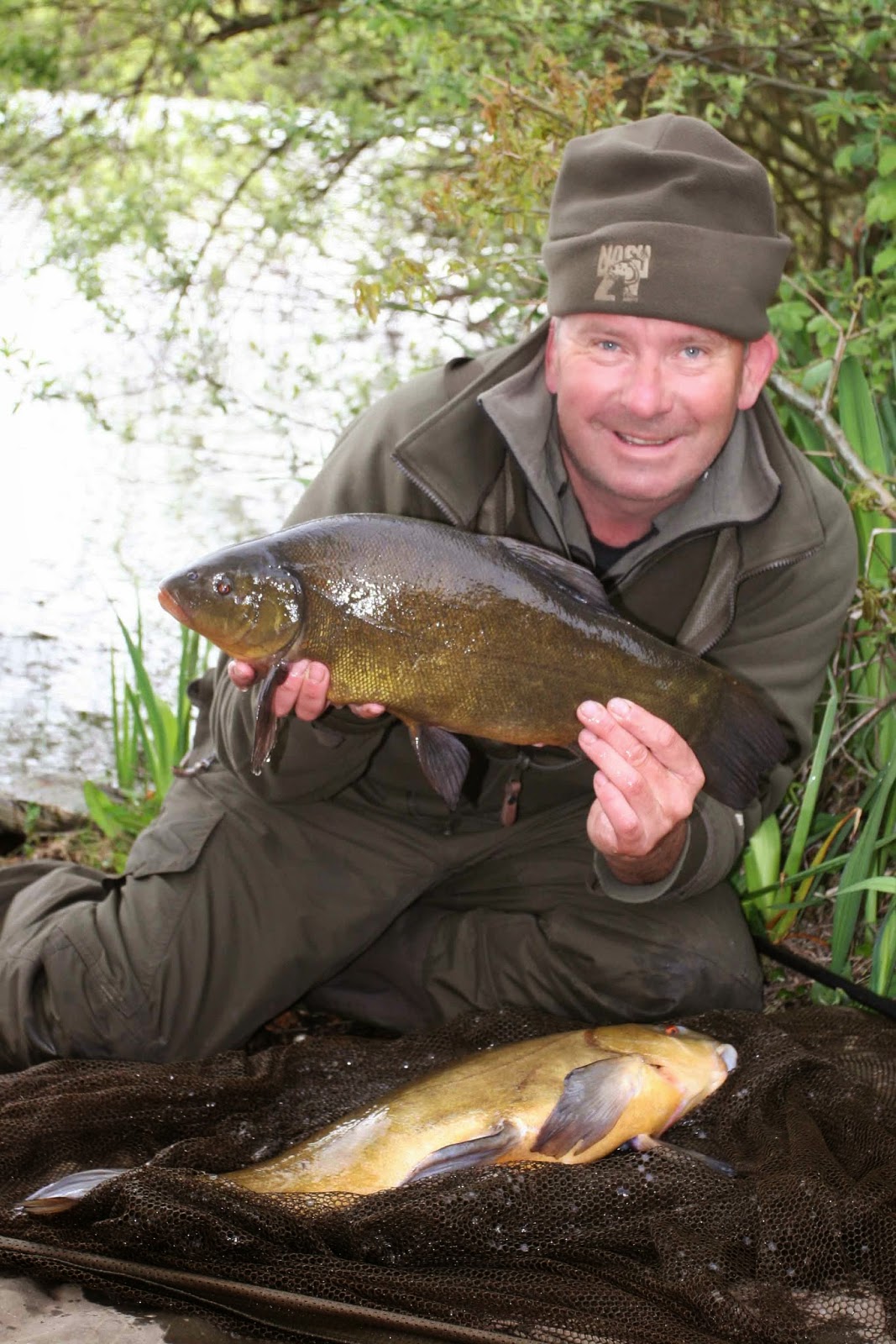 Early days.
This spring has been cold and our plans to pull of the lake come the opening of the traditional close season looks like it might be a premature campaign. The lilies on the lake have just hit the surface and our feeling is that the tench are only just waking up and haven’t started to feed in the margins. This will all change once the water starts to warm up and they start to think about spawning and when they enter these margins I can see that float fishing will be a rewarding tactic.
Unlocking a venue takes time, sometimes years and I hope that these articles have inspired you to keep an open mind to your fishing, never to get stereotyped and on occasions take a risk. The fishing on this particular lake is far from easy; in fact it’s what I would classify as tough. Each capture, whatever species is classified as a result and with these captures come satisfaction that the pieces to a difficult jigsaw puzzle are being completed and I have total faith that the final piece will be placed.

Hopefully later in the year the editor will allow me to bring you a final closure to our tench campaign and with it the capture of what dreams are made of, a double figured tench.