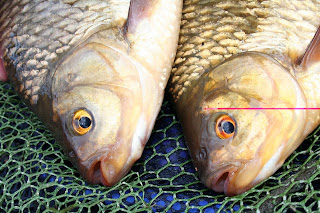 Before anyone rushes out to buy a tin of Thomson Water Sealant to waterproof their Waders, don’t, it doesn’t work. It might be fantastic for sealing Brollies, Bivies and Ovals, but it’s a non starter for wader, so once again l had to endure an evening with wet balls whilst guiding at Frensham. Time to splash out and buy a new pair and luckily a quick call to Greys saw them agreeing to send me a pair of their best waders at half price, a payback for displaying their logo in catch pictures and articles. 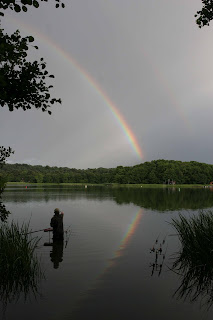 Frensham Great Pond can be a moody place to say the least, especially later on in the summer. It normally fishes really well for the first few weeks of the season, then as the water warms and the natural food becomes abundant the fishing slowly becomes harder, however this year l feel that we are around six weeks in arrears, and the fish, especially the rudd are very lethargic.
Back to the guiding session. I was with a new customer, Lewis Deeks, a competent angler and like me one that’s been around a few years, so after fishing for the best part of five hours without the slightest of dips on either of our floats we knew that we were banging our heads against a brick wall. As l often say, if the fish aren’t feeding then it doesn’t matter what you do, you’re not going to catch them. Sometimes something is in the air which kills a lake and with very few fish showing, the lack of bubbles and a sign that I’ve learnt over the years when Frensham isn’t on par, no fish banging against my waders, we like many other anglers that were experiencing the same fate, called it a day.
Something that l have always stood by since starting guiding is that if a customer finds himself fishing on such a day, when its impossible, l will reschedule, even if we have fished all day.