Red Sky in the Morning. 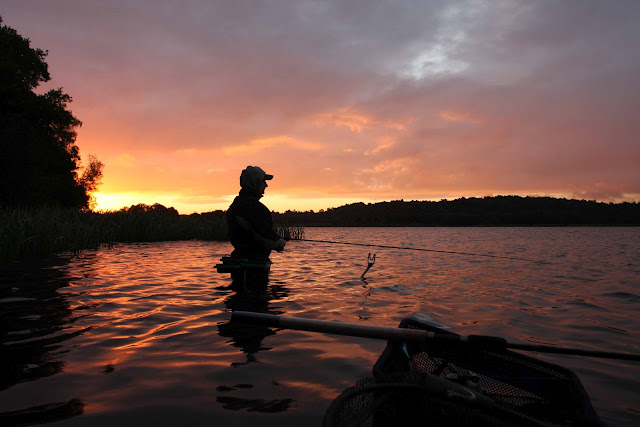 After spending two weeks in the Dominican Republic under constant blue skies and with temperatures around 30degrees l was bought back to reality, very quickly, as just after a day of being home l found myself guiding a regular customer at Frensham Great Pond. Not knowing how it was fishing l arrived to find no other anglers on the lake and with the south west wind increasing knew straight away that the fishing may be slightly challenging. Setting up in one of my favourite swims along the bridal path l was pleased to find no weed around and when Mark arrived the camp was set for our overnight session. 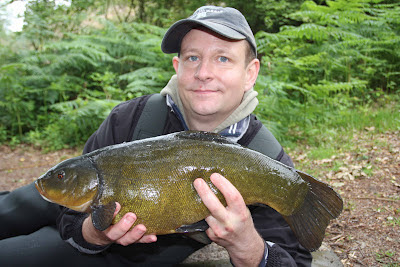 The plan was to fish the float into the evening darkness in the hope of a few big rudd, then get a few hours, before rising at first light to try our luck for tench. The wind made float fishing extremely difficult but Mark soon got into a routine of feeding then casting but despite fishing for the best part of six hours his efforts went without reward. I had cast an experimental sleeper rod out to the side and managed three fish, a perch, 2lb 2oz rudd along with a modest tench. 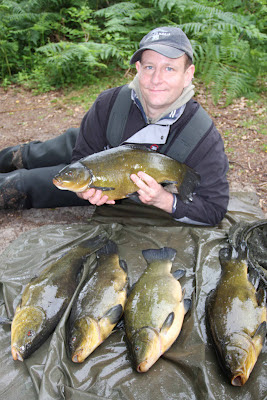 Unfortunately my waders were leaking, not slightly, but badly and so were Marks so come the time we decided to get some sleep we were both somewhat uncomfortable, yet undeterred come 4am we were back in the water, this time fishing maggot over groundbait as apposed to maggot over sprayed maggot. The sun rose and the sky turned red and it wasn’t long before the rain started, brilliant, yet the odd tench was rolling and Mark was soon christening his new rod and reel with a good tench. The wind was relentless, not easing one bit throughout the session, yet come 9am when we decided to call it a day Mark had managed a few more tench including a personal best of 6lb 6oz.
The conditions were challenging to say the least, yet Mark had persisted throughout these on a method that he wanted to master, and l can truly say anyone who catches in such conditions has mastered the art of the waggler. Mark saw Frensham at its worst, conquered the conditions and an art and l hope that when he returns he will find Frensham at its best.