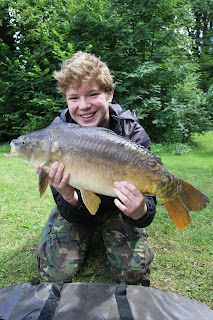 Its been a while since myself and Jake have been out, mainly because he has been concentrating on his exams, however with these now over we have booked a few sessions over the next few weeks. 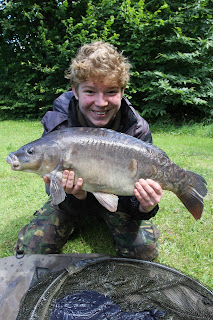 With this in mind, and only having a few hours at our disposal, l felt that it would be good to take him to a runs water and where better than Broadwater. Casting out ‘the method lead’ l think it took all of six minutes before the alarm screamed and Jake found himself playing the first of maybe a dozen carp. Although Jake, like me, would rather be fishing for other species, these days are great to create confidence and learn how important it is to cast frequently and accurately, something that he can take with him when he goes bream or tench fishing. Fishing for just four hours, at the worst time of the day, ten till two, Jake thoroughly enjoyed himself, taking carp to 12lb 9oz and witnessed for himself how effort equals reward, as the most carp caught by anyone other angler on the day was five, and he had started fishing far earlier than us.