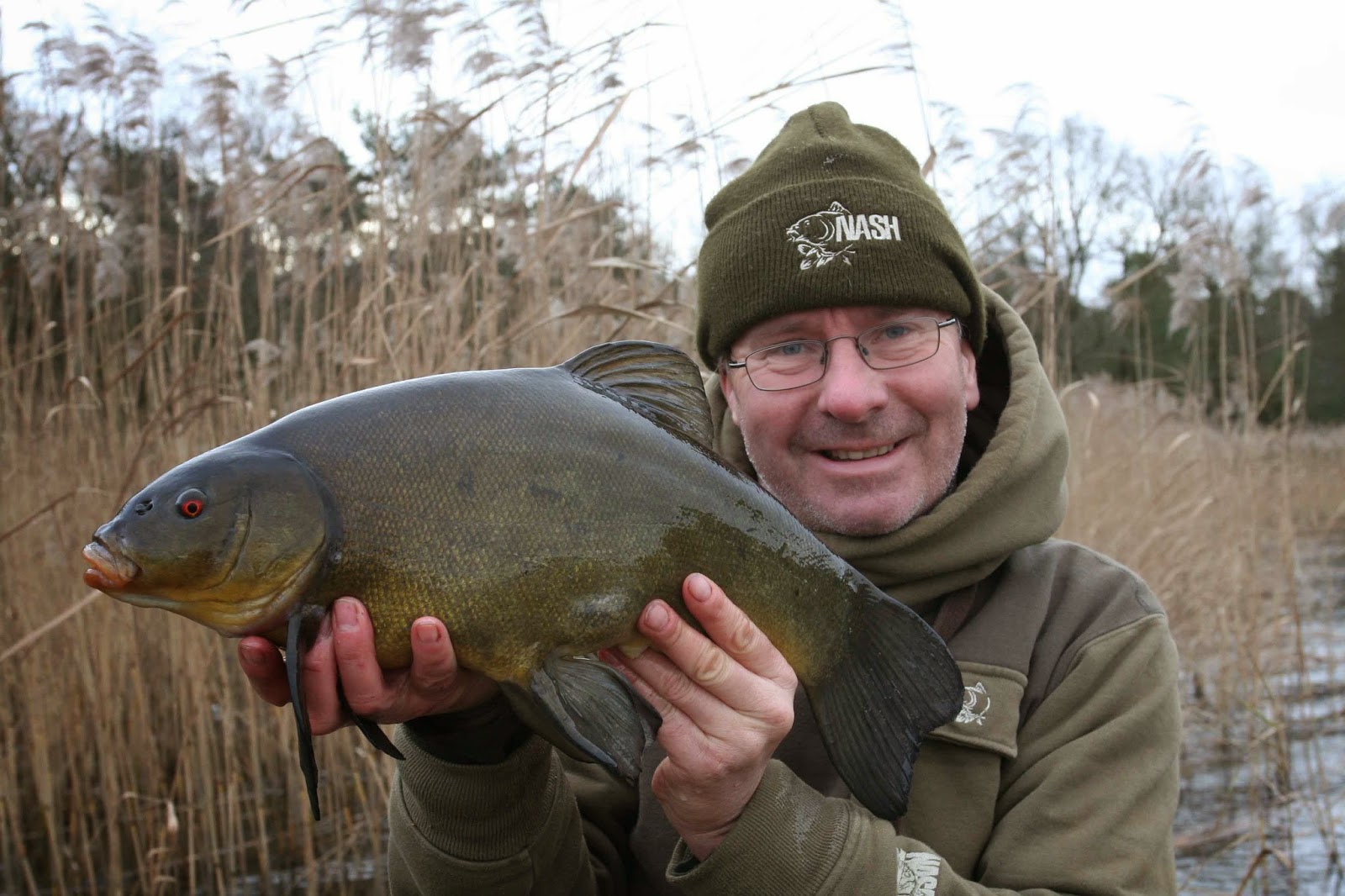 Monthly round-up December 2014
To be honest, I’ve really enjoyed my fishing this month, really getting back into it. Although its not been about catching massive fish, it has actually allowed myself to take a step back, have a good chat with my angling mate Chris and decide that its time to get back into the big fish world and stop chopping and changing daily between species and venues, so expect new things come spring next year.
Anyone that’s into facebook will have realised that, with the help of young Tom Aldous, I now have a facebook page – Duncan Charman Angling, much to the disapproval of the girlfriend who thinks I’m looking for totty! Its early days but please do take a look, add a comment or send me a message as it will be good to talk. 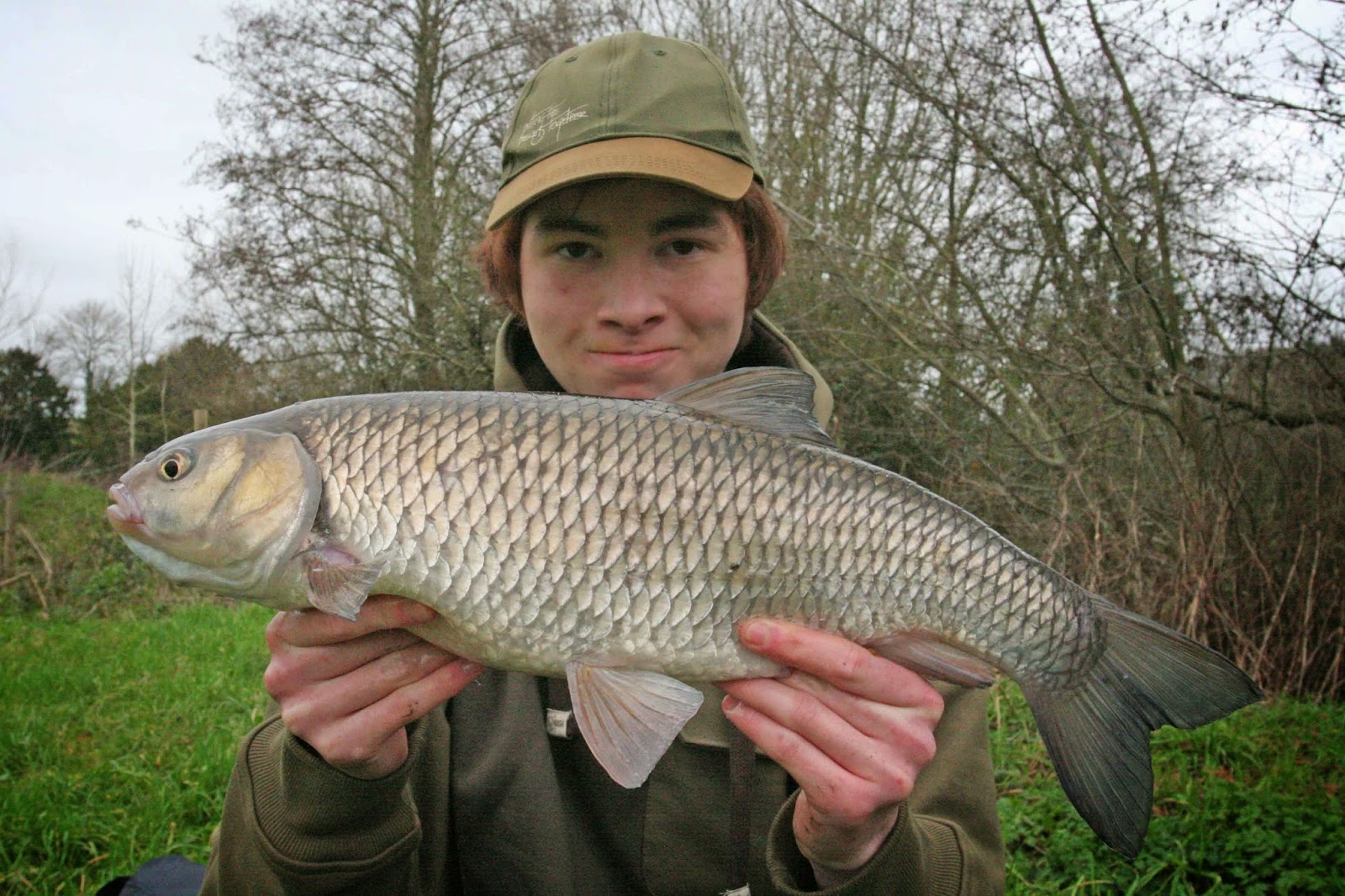 Looking at my diary inputs, amazingly I’ve been bankside no fewer times than 17 in the first 22 days! This monthly input is somewhat premature as I’m out once again with a customer on the Test before the end of the year, yet with a sore throat and aching shoulders think that come the New Years might just be on my back. During one week I even targeted six different species, Grayling, Roach, Pike, Chub, Barbel even Tench so it’s easy to see why things have got to change as just preparing the kit takes absolutely hours. These sessions have totalled 105hours and have been split between guiding (6) which is an increase on last month due to the weather, features (5) and personal sessions (6) which is a nice balance. 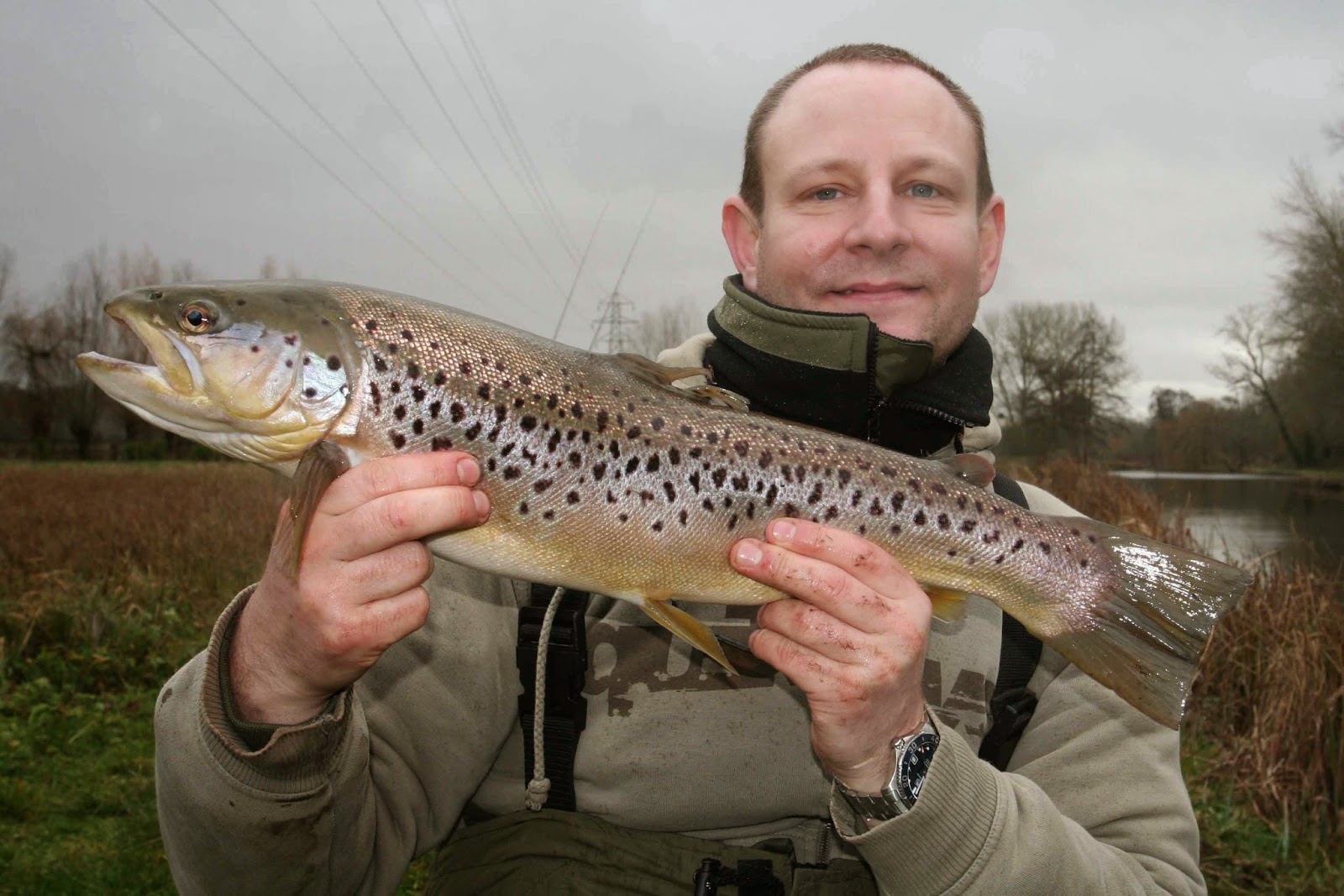 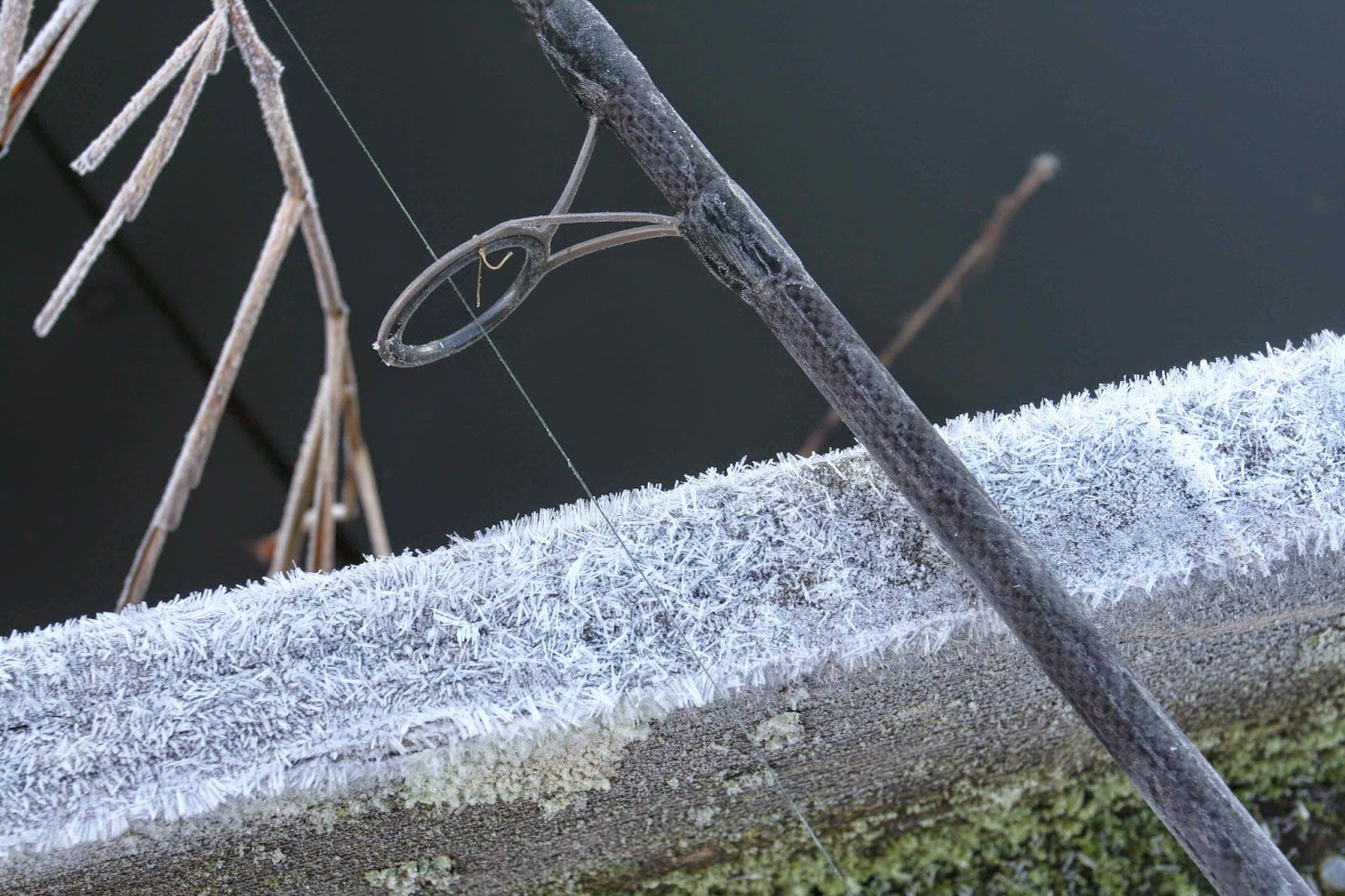 The guided sessions have varied from fishing the beautiful river Test for Grayling to targeting Stillwater chub at Bowsaw Lake. Anyone that keeps an eye on my website updates will see that the Test at Nursling provided Mel and myself a brilliant day out yet the desired 2lb grayling was no where in site. The Test at Timsbury supplied Alan a roach but unfortunately slightly smaller than my two-pounder, sorry! Another customer Mark was introduced having never fished the river, used a centrepin, caught a grayling or trout before yet mastered the art of fishing the pin, even being a lefty which was somewhat amusing! He caught steadily all day and took plenty on the pin and float including grayling, sea, rainbow and brown trout to over 4lb before seeing exactly why fishing the feeder for grayling should be banned! Then later in the afternoon tried his luck for a fish of a lifetime, a 2lb roach only to be beaten up by, yep trout! Adrian needed his angling fix so we headed to Bowsaw where he experienced constant action from numerous species including our target, chub and finished the day will well over 100lb. However in perfect conditions Neal who wanted to add a new skill, waggler fishing to his armoury strangely struggled at the same venue, however he still had a dozen carp, eight chub, two tench plus perch the odd strange one!
Feature days have played a massive part this month, just watch Tight Lines on Jan 23rd to see how I failed to produce after pre-baiting a lake for the best part of three weeks. Thankfully you won’t have to read my reasons for such a dismal performance, its just fishing! Anglers Mail have kept me as busy as ever and I had to do a double take to get the result I needed for a recent feature. Heading to the Loddon I failed to catch a chub on the float and bread so dropped off on the way home to a free stretch of the Blackwater to take two 4lb chub in three cast. Confident as ever and with cameraman beside me I proceeded a few days later to land a dozen chub plus a roach, great you may think but none were over 3lb. A few days later we were back and in less than 10 minutes I put two big chub on the mat, job done but once gain, that’s fishing. Keep an eye out for this feature soon in Anglers Mail. Two other occasions I found myself bankside, this time providing Anglers Mail with ‘Where to Fish’ information. With young Tom helping me out with the video links we dropped onto the Loddon, the same stretch I had failed on earlier in the month and within a couple of hours young Tom had landed a couple of cracking chub, he’s even smiling in the photo Chris! 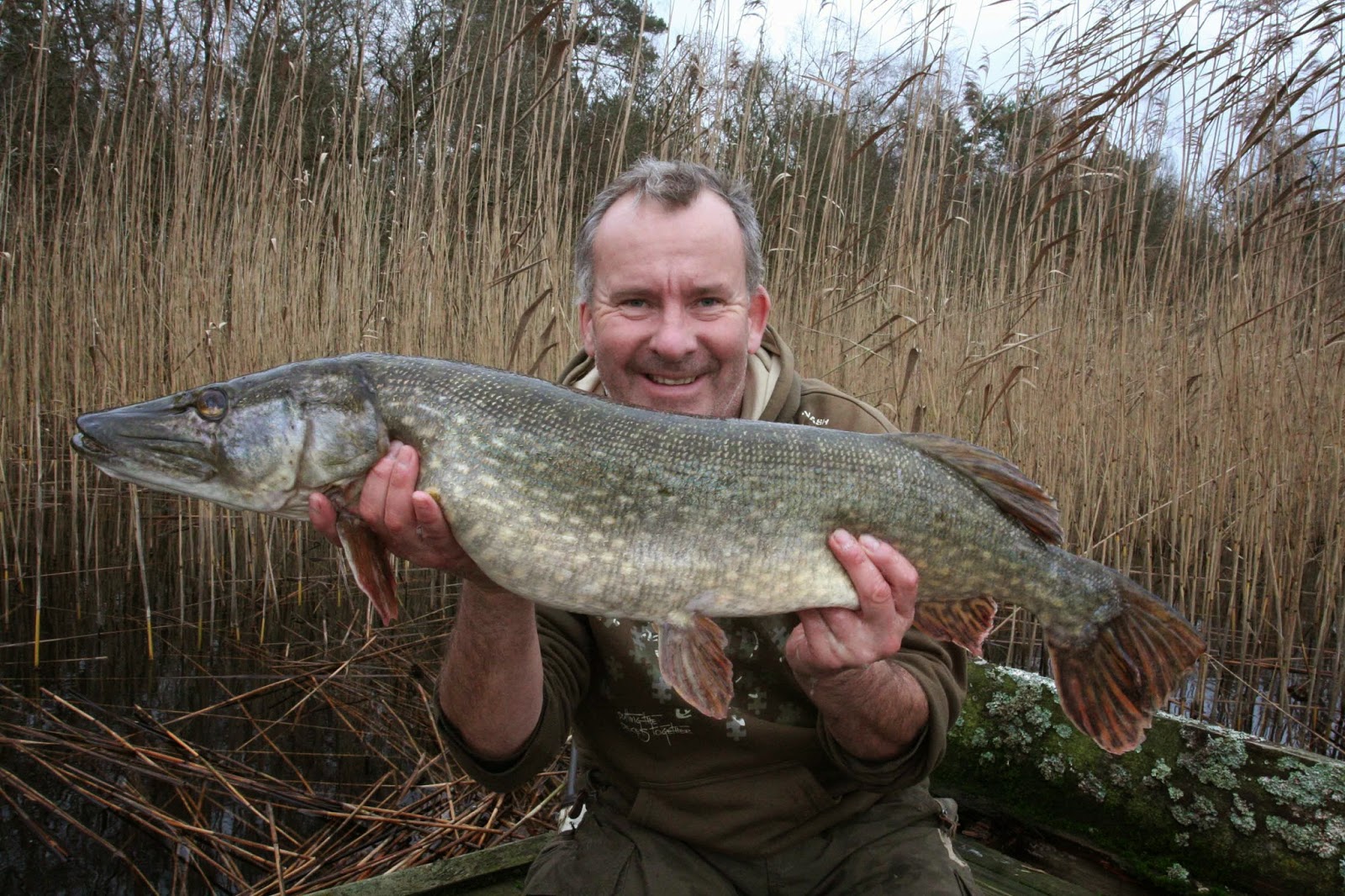 Personal sessions have been here there and everywhere from Pike fishing to tench fishing. Success has come in the shape of a 2lb river Test Roach whilst guiding a friend. Tench also featured but only after watching dozens of then roll whilst pike fishing with my mate Chris in temperatures starting off at just -3! Unfortunately the roach pre-baiting campaign didn’t work out, yet at least I had the opportunist desire to try of the beaten track rather than following the circus.
Before mentioning the circus, let’s just take a look at the weather. Once again it’s been diverse. One minute the rivers high and coloured and the atmospherics and air temperature brilliant for barbel, yet just hours later the rod rings are freezing up. I’ve said it before that getting any consistent results are far from easy, in fact they are almost impossible. All we can do is make a call on where to fish and now and again we are all rewarded with a spell where we just can’t go wrong, however in most cases if we put one notable fish in the net (mine was the two pound roach) we are lucky.
As I earlier mentioned, next year will see me once again getting back into the big fish, or more importantly sticking to one species and one venue until the job has been done. Some venues on my hit list are unfortunately ‘circus waters’ but more are off the beaten track for less popular species. Instead of changing with the daily elements I will have certain rods made up ready to go and if the conditions are not right then instead of changing route I will stay at home. The fantastic thing about this is it will give me time to get on top of jobs seriously in need of sorting as well as preparing far better for my customers and compiling far better articles, such as ‘How to weigh a fish properly’ for my website. Sadly my ‘day ticket’ ventures will have to stop, well that’s unless they have a monster lurking beneath. 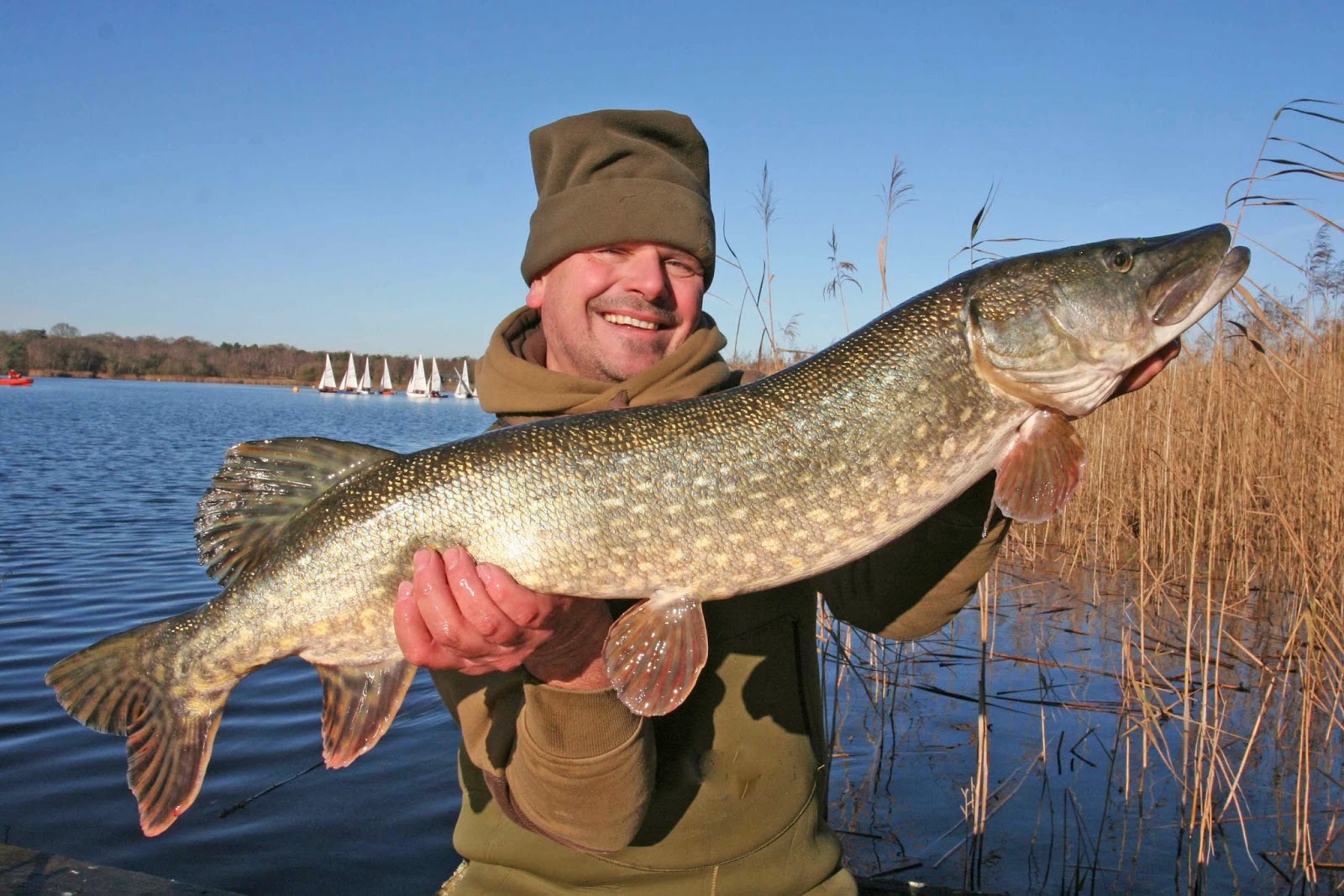 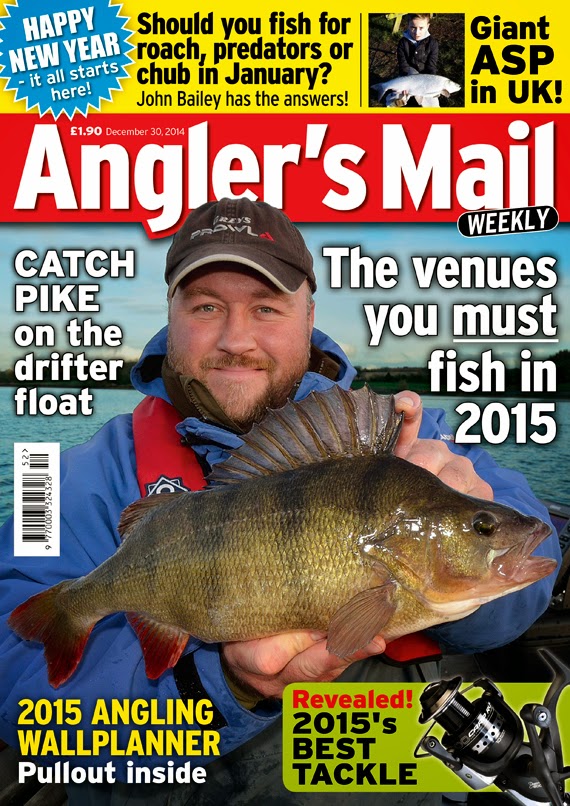 In a few days I will be 50 and during that time (in fact over the last three years) have compiled a wealth of knowledge which in many cases will be shared with the angling world but some information needs to be protected as 2013 and 2014 were the years of knowing who your friends are! I’m not into winning competitions anymore, preferring to keep things to myself, but my targets and aims for 2015 need to be enjoyed as there are too many prying eyes out their, ones that are only too willing to pounce on fresh news, invade my space then take the credit. Ones that are only to happy to share their waters once blown so to speak, so keep an eye out as I will be around, but then again I won’t!

Just taken a look at the images I’ve attached. Sad really that next year fish image backgrounds need to be thought out with so much care, yet this will be a test for all those sheep out their that want to follow the leader!

Get down to your newsagents now and get the latest issue of Anglers Mail, you never know my 2lb roach might be in there!

Tight Lines and a Happy New Year to you all.