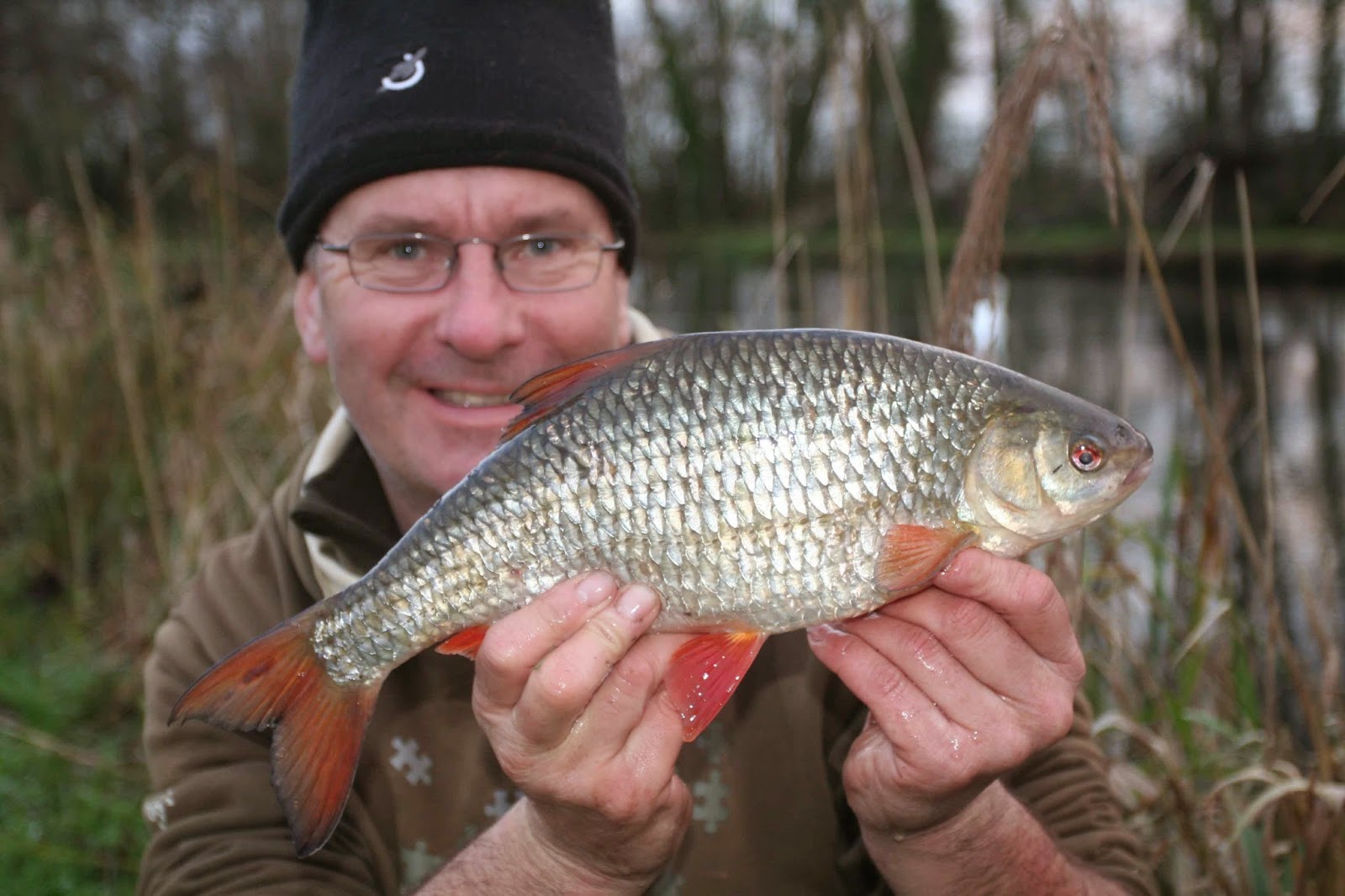 Venue fact file –
River Test, Timsbury Fishery, Timsbury, Nr Romsey, Hants SO51 0NA
www.timsburyfishing.co.uk Tel – 01264 365165 / 07759 331385
Tickets - £20 per person (2 rod limit). Dates bookable in advance and payment on day of fishing.
Stock – Noted for its specimen coarse fish with roach exceeding 3lb, chub over 7lb, pike to more than 25lb, dace over a pound and big perch along with grayling over 3lb and off course plenty of trout.

Conditions – Almost perfect with the river fining down after recent rain. Overcast and mild with very little wind and atmospheric pressure rising from 1013mb.

My challenge for today was to help catch my good friend and customer Alan a fish that had eluded him his entire angling career, a two pound roach. It’s a journey that has seen him fish many a venue from the Thames to the Avon, often with myself close by but sliding the net under such a fish is like finding a needle in a haystack instantly!
River Farm Fishery in Hampshire was our closest call with roach to 1lb 12oz yet Alan stumbled on this venue shortly after its prime and is now just a shadow of its former self, well as far as roach it is. The week before Alan had fished the Frome but the tide wasn’t right as well as the Avon but the minnows were still ravenous, heading to Scotland’s Lochnaw Castle even crossed his mind yet hitting the circus waters or joining the high priced syndicates isn’t something he wants to do. Landing such a fish off the beaten track would be a dream and if it came from running water, well even better. I’ve lost sleep trying to fulfil his goal, even tried pre-baiting a secret water in the hope of falling on a 2lb roach goldmine yet all I could do was suggest swims and venues that I know do or have done big roach in the past in the hope that he found himself in the right place at the right time and experienced one of those rare ‘red-letter’ days. 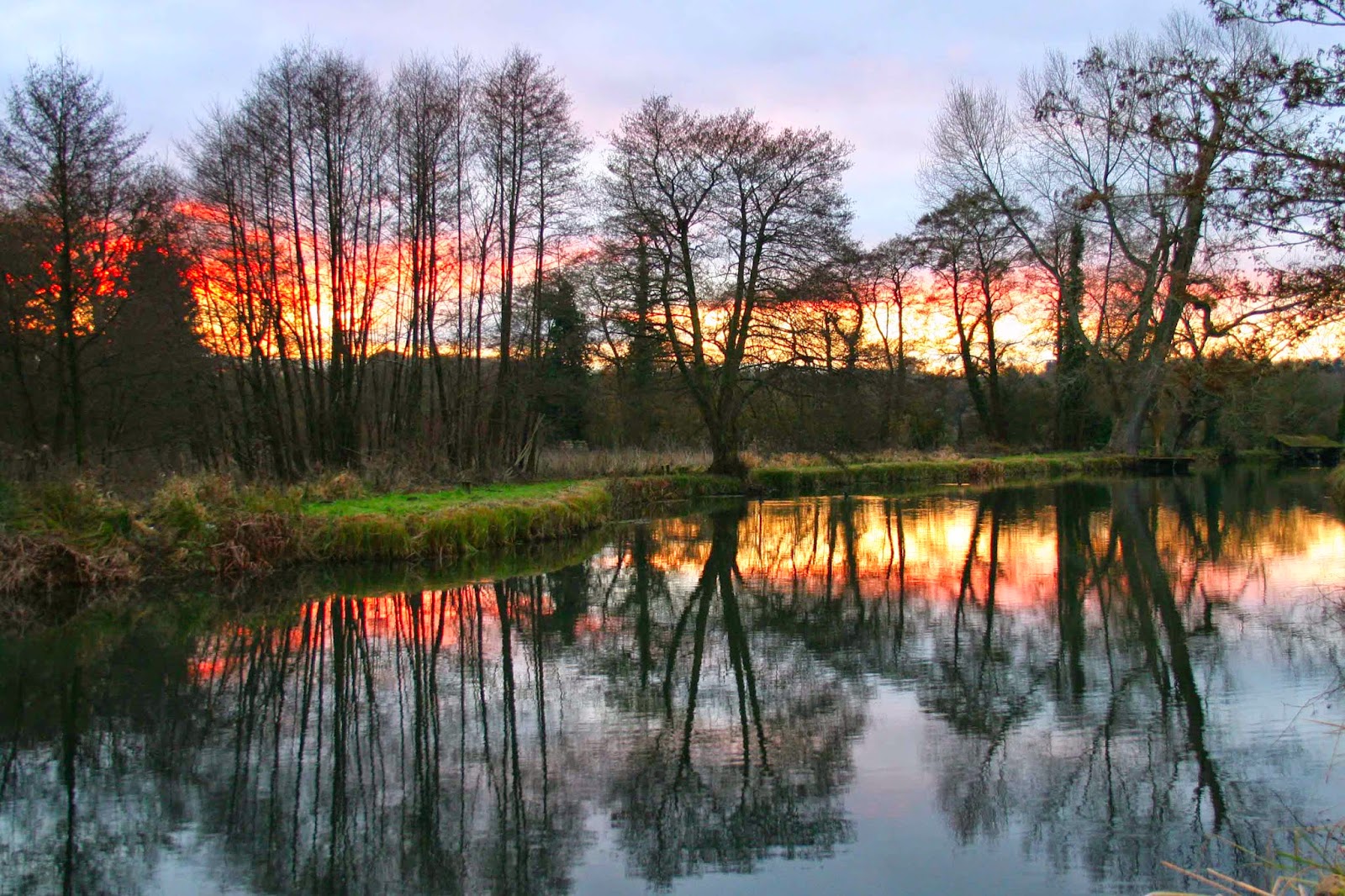 We had hoped to fish an exclusive stretch of the river Test but this had fallen through so I suggested we headed to another stretch, Timsbury, a fishery with a track record of producing some monster roach in the past, yet were they still their? It was a shot in the dark but even if the roach didn’t show plenty of out-of-season trout would keep our rods bent. Apart from two fly chucking pike anglers we had the beat to ourselves and I positioned Alan in what use to be the best roach swim only to see him beaten up by trout after trout. I headed downstream only to be beaten up by a motionless quivertip! Moving swims I found a few trout yet felt once again a million miles away from our target, a monster roach. 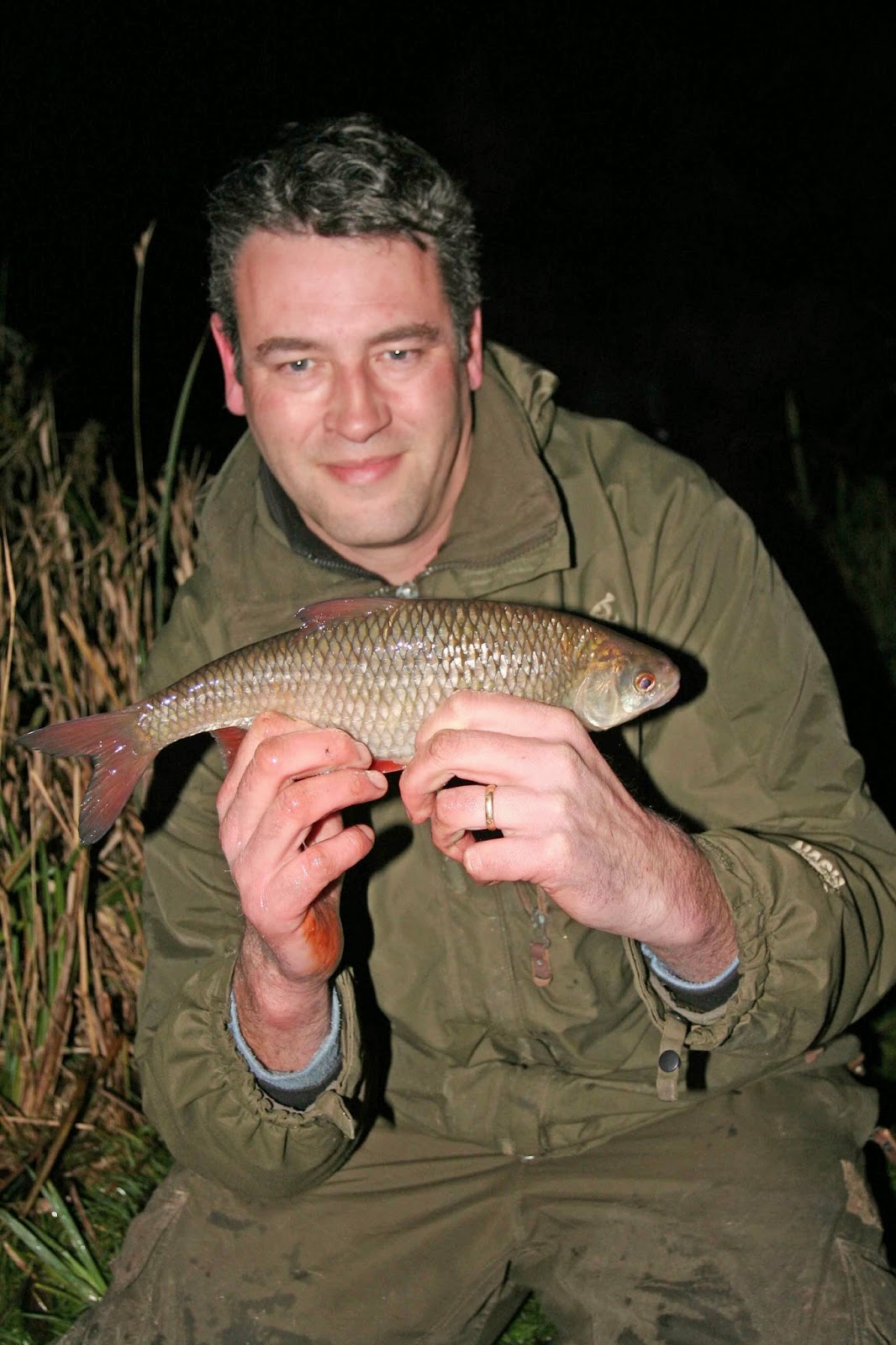 At lunchtime I spoke to the owner who suggested we try a couple of different swims and assured us that big roach were still around. Alan’s move resulted in more trout yet I decided to leave my swim alone till dusk and do some float fishing in the shallows which resulted in numerous grayling and trout including a brownie that was pushing my personal best of around 5lb 8oz. An hour before dusk I started to run a float through my new swim feeding bread mash every cast yet come the time the float couldn’t be seen no bites had come. I was contemplating a move, so cast out the feeder and started packing the float rod away when my attention was bought to the quivertip that had started to twitch in true trout fashion. Lifting the rod I felt a few head shakes and assumed that it was another trout yet this fish failed to shoot all over the place and when it surfaced I was sure that I saw red fins. Stumbling for the net and with jelly legs and a squeaky bum I slowly drew the roach over the net and knew that Alan’s dream was, well unfortunately in my net! It was a close call but two weighings revealed it was indeed a close call as the needle stopped smack on two-pounds, a fish of a lifetime but for me I wanted such a fish in Alan’s net so made him grab his kit and set up in my swim. An hour passed before the first bite and yes it was a roach but a 1lb 5oz fell somewhat short, yet still a fish to be mighty proud off.
Darkness was well upon us when the next bite came. I had headed back down stream to cover different spots and was just returning to see a 4lb chub in his net. Now I bet he missed a few heartbeats during that fight. Sitting with him the last cast lasted maybe four casts and our session bought to a close when once again a sea trout splashed itself through the swim.
The perfect day would have been a 4lb chub in my net and a 2lb roach in Alan’s yet that’s fishing our search goes on, however we are now close, very close and I’m confident that it wont be long before Alan’s dream is fulfilled.