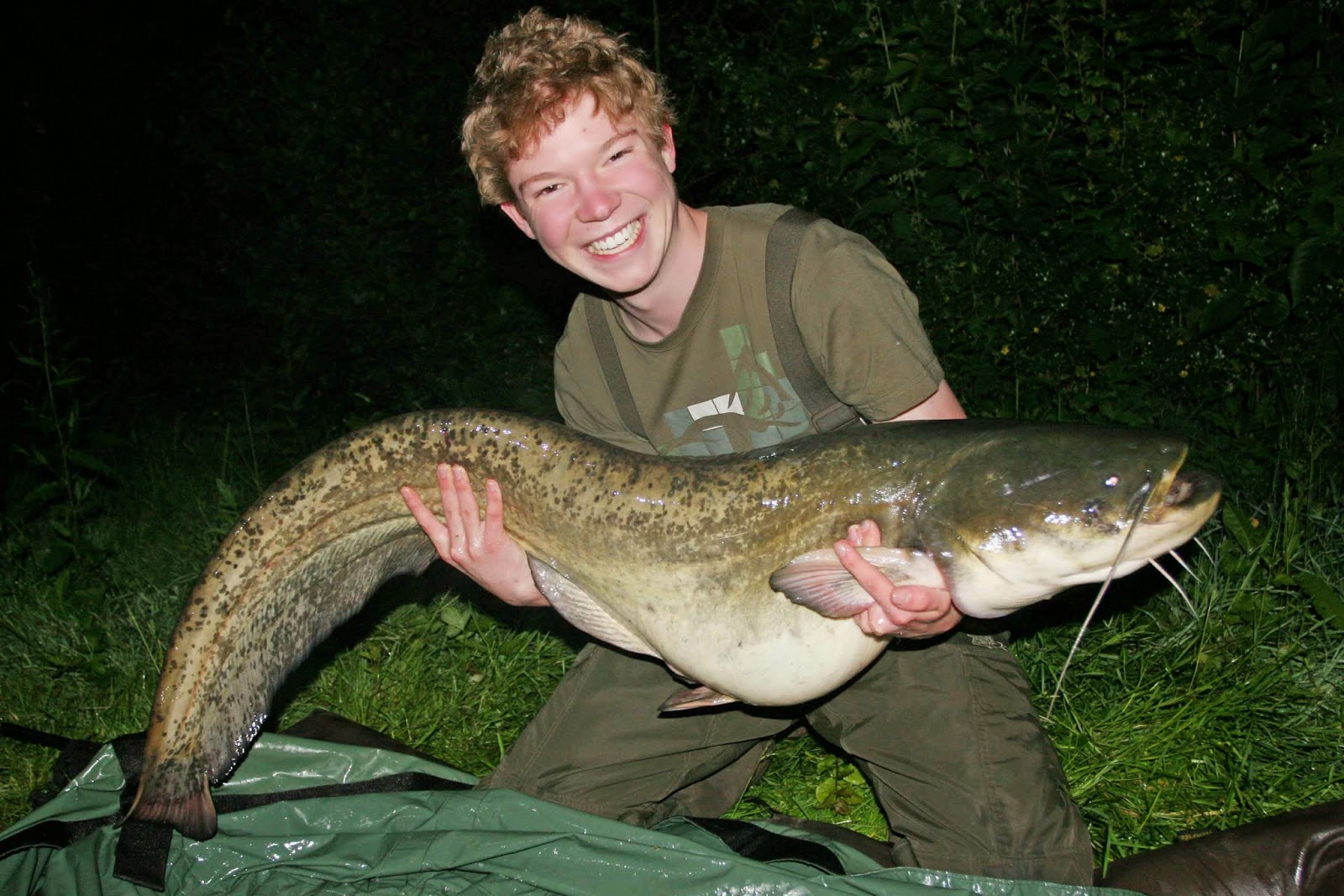 Stock – A good mixed fishery with loads of bream, quality tench, king and grass carp to over 30lb, cats to over 60lb plus other species such as roach and perch.

Conditions – Wind swinging from the south west to north east over night. Temperatures ranging from 12 to 22 degrees along with high atmospherics of 1014mb.

Challenges come in all shapes and forms and this one wasn’t about myself catching but up and coming specimen angler Jake Curry who dearly wanted to cat a big catfish.
It wasn’t our first session after the species as last year he had taken one of around 12lb along with loosing one far bigger and just wanted to experience the adrenaline rush these powerful fish create once again. 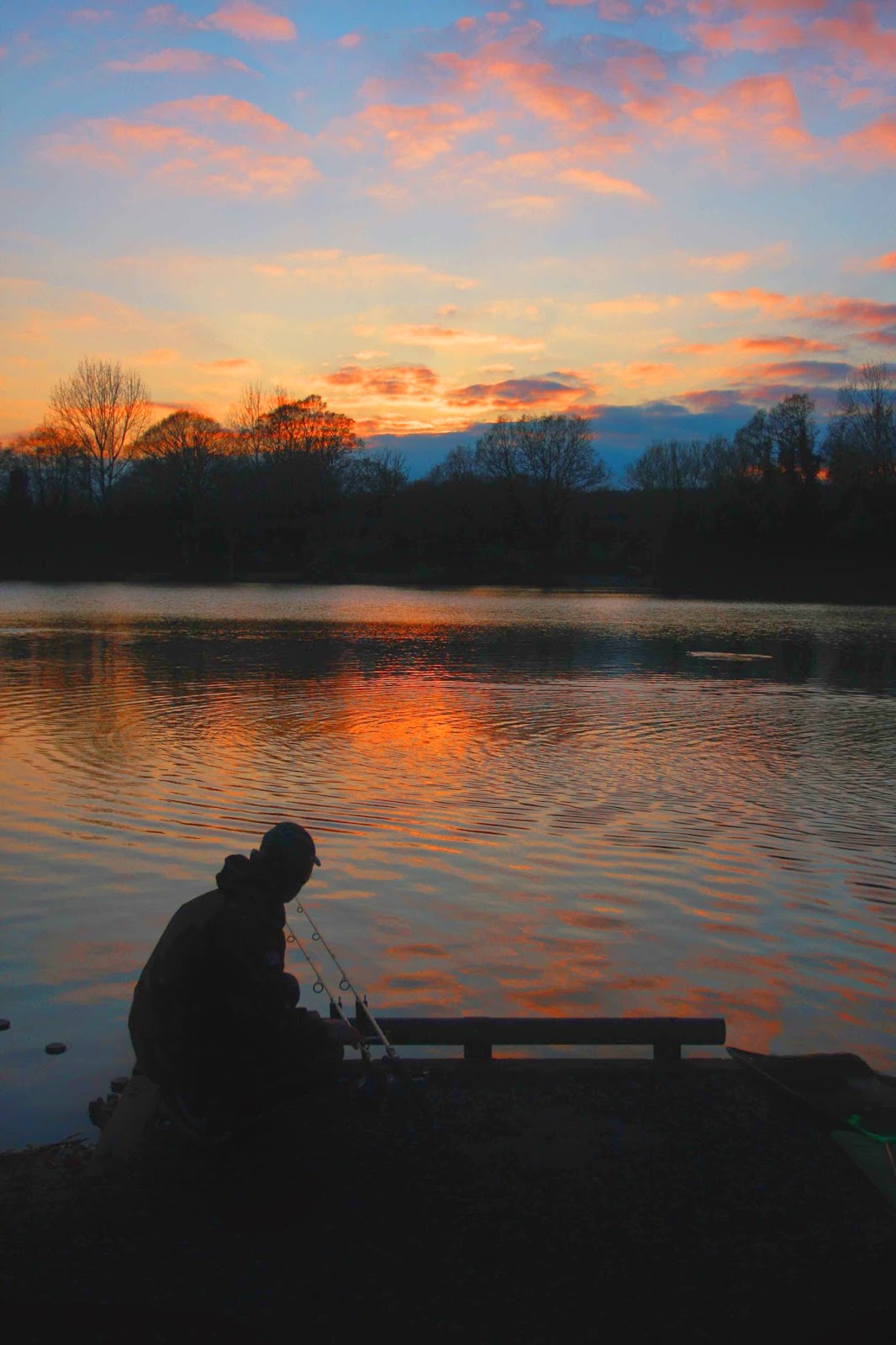 Fortunately a week or so before my angling companion Chris Petter had cast out a catfish rod during the night whilst on a 24hr grass carp campaign and literally took the swim apart using big halibut pellets which resulted in five cats between 18 and 33lb! The only concerning point was that young Jake would have to experience the advantages of using a bait boat at such a tender age yet it was clear that he realised that at times its needed but for most of his fishing it wasn’t, reassuring or what!

Arriving at Badshot Lea Biog Pond it soon became apparent that it wasn’t fishing well. I had even had a call the day before to inform me of this, yet with plans made and bait prepared it was too late to rearrange so we headed halfway down the railway bank to an are that allowed access to the centre of that end of the lake. Swim choice was biased on a number of reasons, the most obvious was that the wind was pushing down that end; another was that we wanted to fish for cats at night then swap rigs over at dawn and fish for grass carp till midday. Fortunately with no anglers on each of the points we were able to send the bait boat well out into the lake and drop our rigs as well as a kilo or more of smaller pellets over each rod and come 9pm we were sitting with fingers crossed.

Rigs were simple with 2oz inline pears fished bolt style, Spot On tungsten tubing to pin everything down and eighteen inch hooklinks made from the exceptionally abrasion resistant Nash NXT Bullet 25lb braid with size 4 barbless Fang Gaper hooks and two 16mm halibut pellets that had been soaked in Nash lobster Thermadore. Rods needed to be strong as well and we choose Entity 2.75lb t/c with reels loaded with 15lb NXT-D Cam mono.

Knowing that the fishing was tough we decided to leave the rods until hopefully they screamed off, yet if we had known that the fishing was good probably would have reset these every two hours but today was all about getting maybe a fish each if we were lucky.
As the light faded we decided to get our heads down full of hope yet come the early hours not so much as a bleep had come to any of the six rods. Alarms fell quiet also around the lake yet a run to our left from an angler in the bay lifted our hopes. We had placed Jake in the middle of the two of us and around 1.30am I recall hearing a few bleeps then a fast run along with a clutch ticking away and as I approached Jake swim found him locked in battle with an angry catfish. Around ten minutes past when Jake said that he didn’t think it was that big only for the cat to rip fifty yards off him. God knows what his heart must have been doing because I know mine was pumping faster than it should have been. Chris came along to see what was going on and as he did one of my rods shattered the silence and I soon found myself bent into a cat. Things seemed hectic for a while, especially when my other rod screamed off yet unable to set the hooks at the time this one got away with things yet moments later we were all looking down at a couple of big catfish with mine at 22lb 8oz looking somewhat of a baby compared to Jakes that pulled the scales round to a satisfying 37lb 6oz. 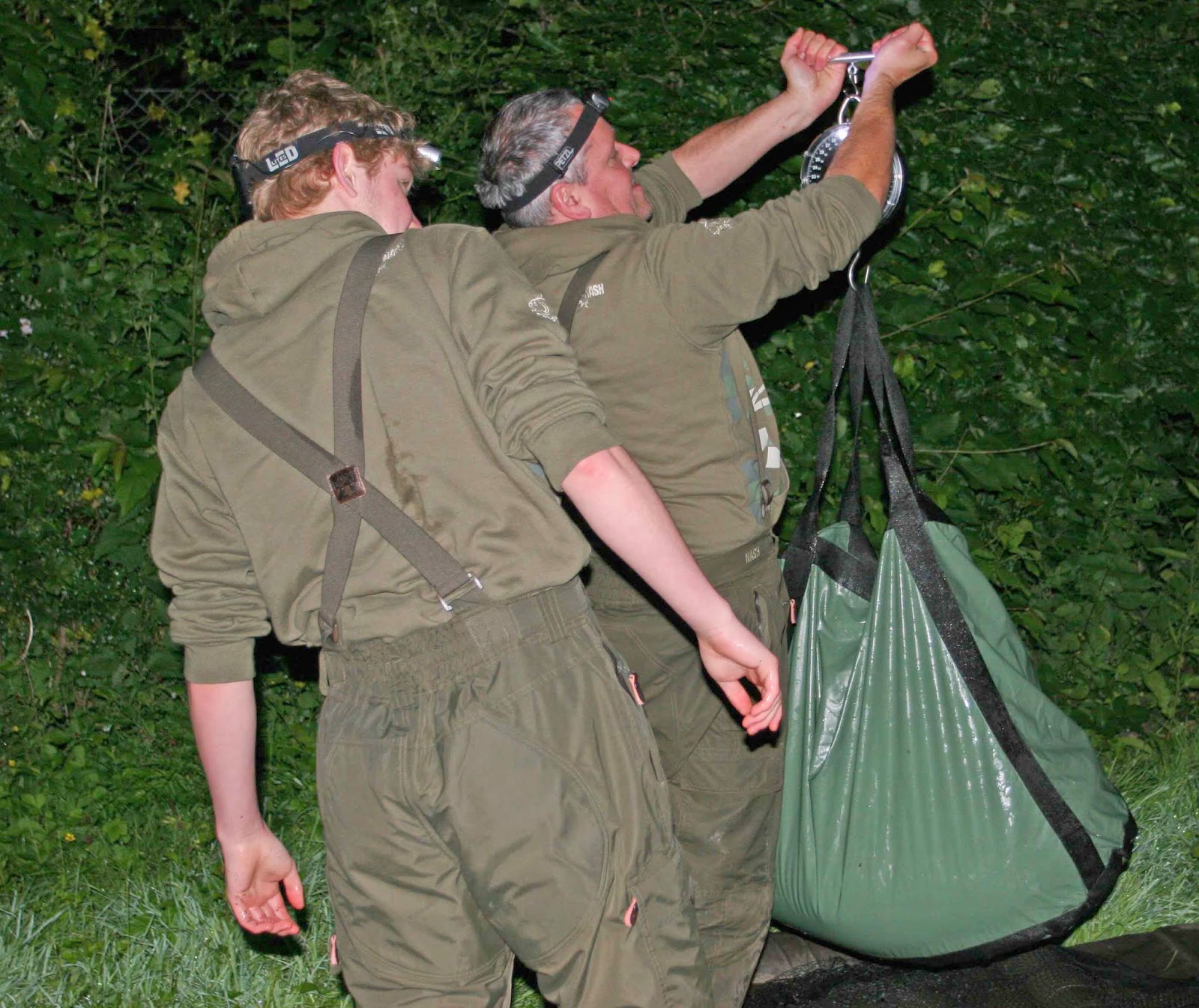 Sadly that short feeding spell was the last of the night’s action and although we all swapped to a particle approach come first light with maize hookbaits little happened on the grass carp front. I dropped two fish, not sure why but both seemed to come in like grass carp then hit what I first thought was weed yet the second lost fish resulted in a load of line attached to a swim feeder being retrieved. Maybe I handy hooked fish but had a fish trailing line in my swim. A bream did cause a laugh as I explained to Jake what happens during a grass carp fight, yet the expected explosion of foaming water in close never happened just a slimy bream popping its head up at me. 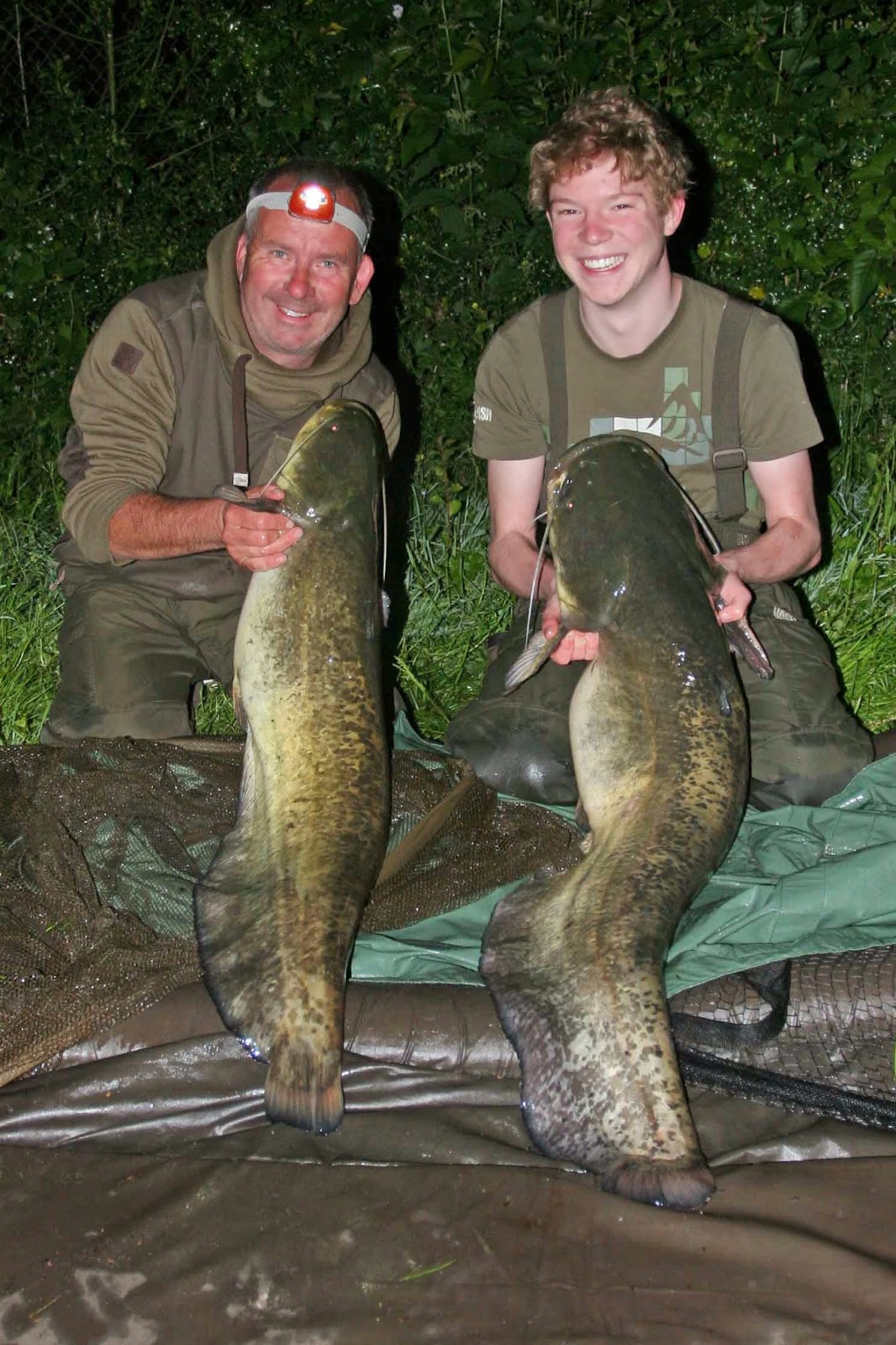 It wasn’t until l got home and looked at the smile on Jakes face as he lifted his prise just what that fish meant to him. Job done!