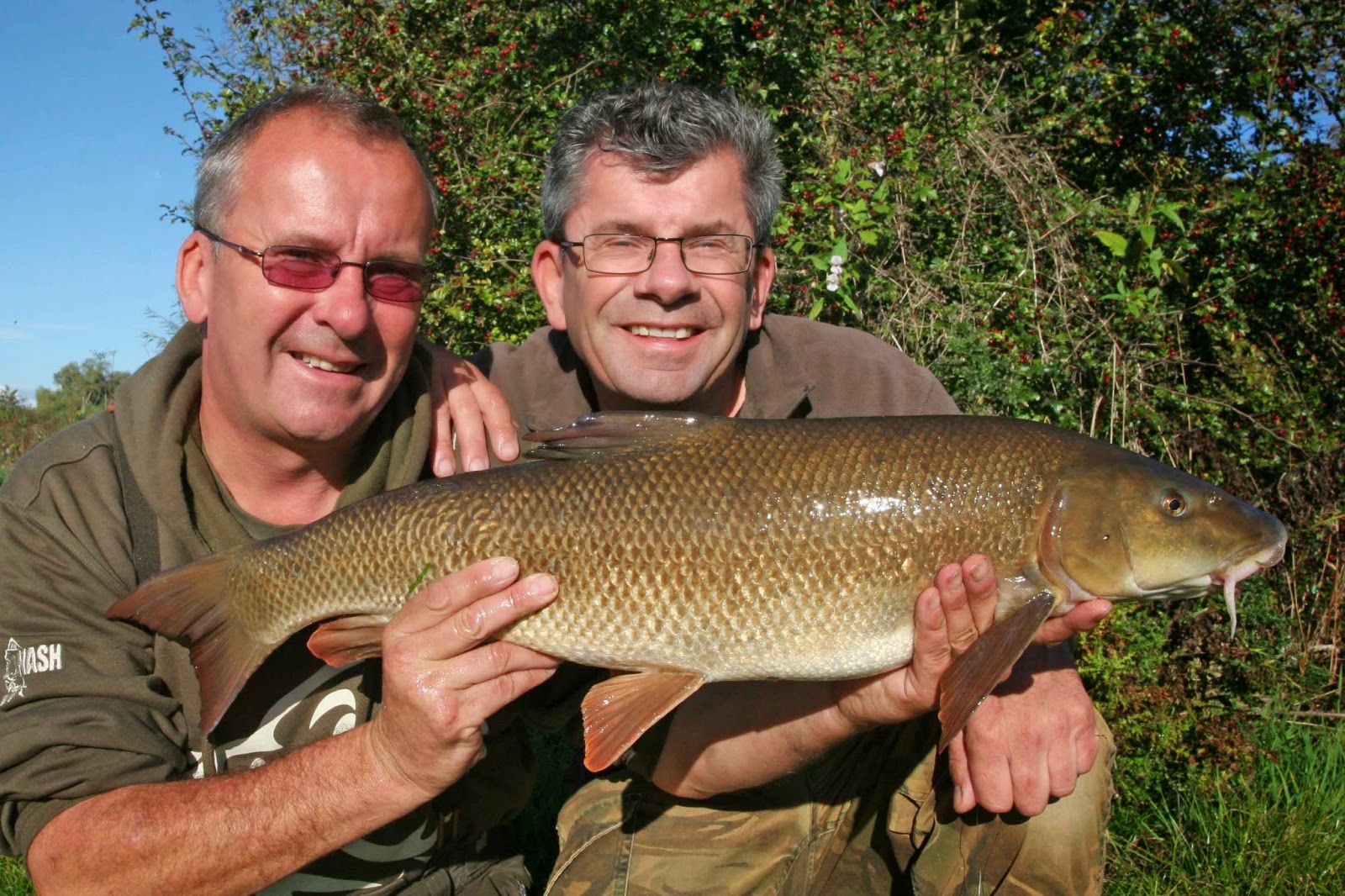 Venue fact file –
A Rural stretch not that pleasing to the eye compared to other stretches with the sewer works, railway bridge, new bridge and houses on the far bank.

Stock – This stretch has some big carp within as well as plenty of bream, big barbel and chub plus lots of silver fish and the odd big pike.

Conditions – The drought continues and the river gets lower and clearer and with the easterly still blowing and high atmospherics I wouldn’t be surprised if the barbel don’t want to play.

With the best swims taken on the Field Farm stretch plan B had to be taken and we headed upstream of the new cycle route bride to a couple of swims midway to the boundary. We knew that dad was somewhat worried about the steepness of the banks so Kevin doubled up with him whilst I dropped into a swim called the Pyramid.
Second cast and the tip wrapped round and I found myself attached to a stubborn barbel that just didn’t want to find my net. A few worrying moments progressed when it snagged me and I watched as it twisted and turned a few feet beyond the net so it was time to slip in and drop the net underneath it as I was sure it was a double. Sadly she tipped the scales just short at 9lb 5oz but it was still my best from the river and I recast awaiting the flood gates to open, they didn’t.

Dad and Kevin also struggled and with the earlier cloud clearing illuminating the river and every pebble within it every fish must have headed for cover as apart from a chub that shed the hook late in the day this was the only following action we received.

With the conditions proving so difficult we decided that it just wasn’t worth fishing the following day and headed back early so we could head to Johnsons and get some rods bending, which we did!

The time we decided to throw in the towel was when a couple of anglers stopped and said that they had fished almost a week without a bite and with others walking the banks with similar stories we almost felt good that we had all caught.

The last few sessions have been tough, certainly through no fault of our own and fishing after dark probably would have bought better results but a few things to help other if visiting the Wye follow.

Feeders – probably the best feeders on the market for tackling big rivers are Fisky’s Fantastic Feeders available from Paul Fisk who can be contacted on – fiskysfantasticfeeders@yahoo.com

Hooklinks – If you like mono hooklinks then I tried using Gardner 6lb and 8lb HydroFlo which I found as good as any that I have used before yet Lewis at Gardner sent me some hydroflex and assured me it was the D.B and he is spot on as this stuff is as good as it gets.
www.gardnertackle.co.uk

Bait – we found that small pellets scored yet just as good were Nash Instant Action boilies, especially 10mm.
Posted by Unknown at 12:11