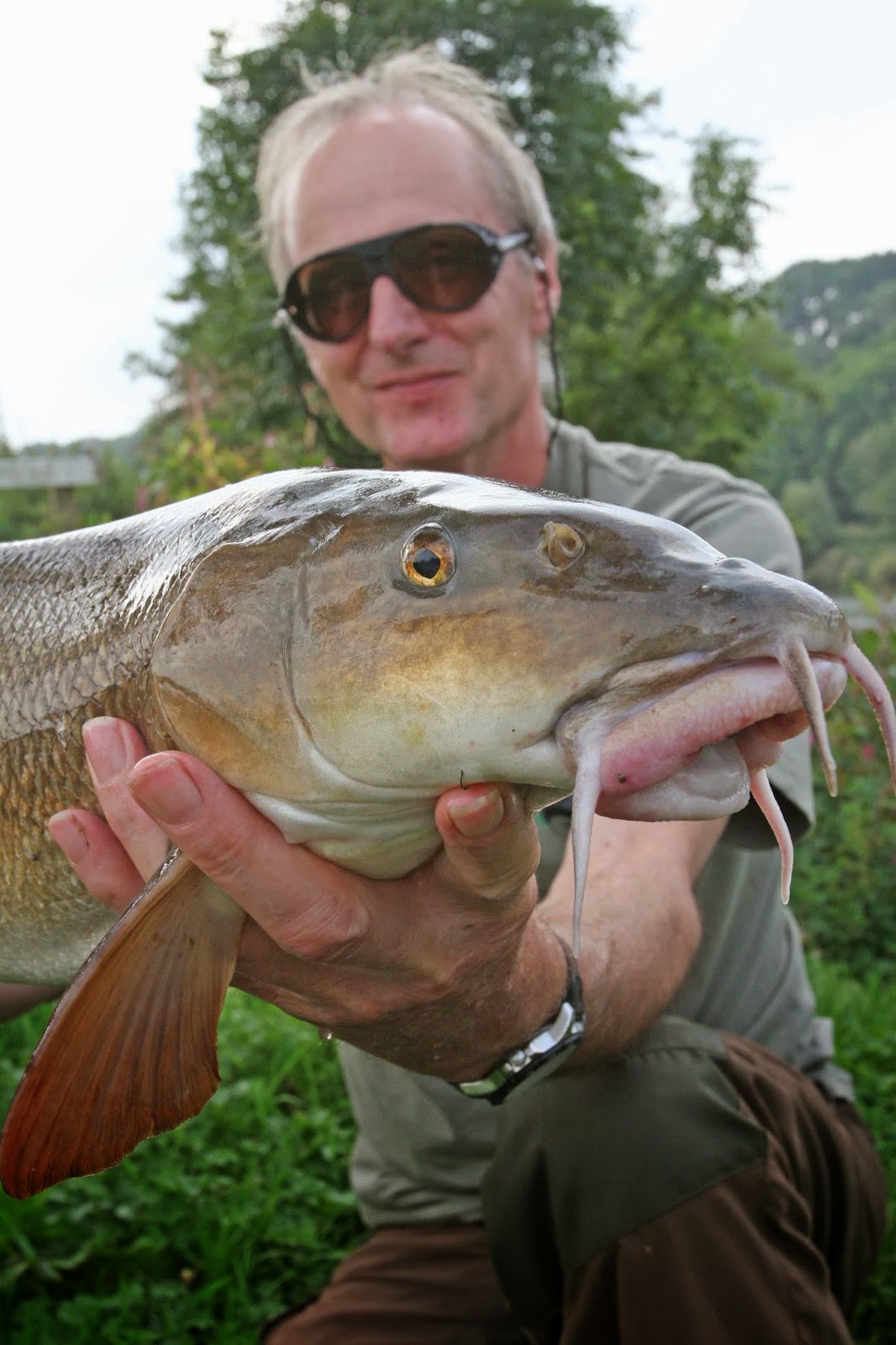 Venue fact file –
Kings Caple near Hoarwithy Post code HR1 4TU (This may take you on the wrong side of the river!)
Tickets Adult £15-00 no concessions
Stock – Approximately 3 miles of amazing river Wye countryside where on most occasions you can drive the car along the banks and park behind each swim. A good stretch for small/medium sized barbel and chub along with the standard other species found within the river.

Conditions – As bad as it gets with extremely low clear water but making it worse is the Easterly wind and high atmospherics of 1029mb.

Unfortunately this challenge was sprung on myself last minute as on booking the best swim on the stretch, four months in advance Stan the estate manager told me that he was placing one of his regulars in the Whirlihole! This was on a Tuesday and with three customers looking forward to catching a few barbel on the Thursday I spent a couple of sleepless nights, one in the van in the local pub car park due to my predicament. Fortunately two of my customers were booked in on the Wednesday so they at least enjoyed hooking plenty of barbel, losing most and finally landing nine. The downside to their trip was that take the Whirlihole out of the equation and you’re left with a fairly standard stretch of river with very few other good swims so unfortunately blanked their second day in the Oaks Swim.

Lee was my main concern as he had travelled up from Bognor the night before and was staying at the highly recommended Sink Green Farm 01432 870223 nearby. I had to be on the river at first light to secure a swim under the crab apples, one that had produced two barbel between two anglers the day before. Yes that was the next best thing to the Whirlihole!
Securing the swim Lee cast out and amazingly the tip pulled over first cast and he landed a barbel of around 5lb. To say the fishing god was watching is an understatement, thank you! Working between Barrie, Vic and Lee it was obvious that the Oaks was devoid of fish and early afternoon they threw the towel in and departed, happy but somewhat frustrated due to not being allowed a couple of final casts in what they had considered a booked banker. Lee had taken another small barbel and a couple of chub come mid afternoon and just as I was leaving felt the swim was coming alive and it did as he carried on to take another couple of barbel and six more chub. Well done that man! 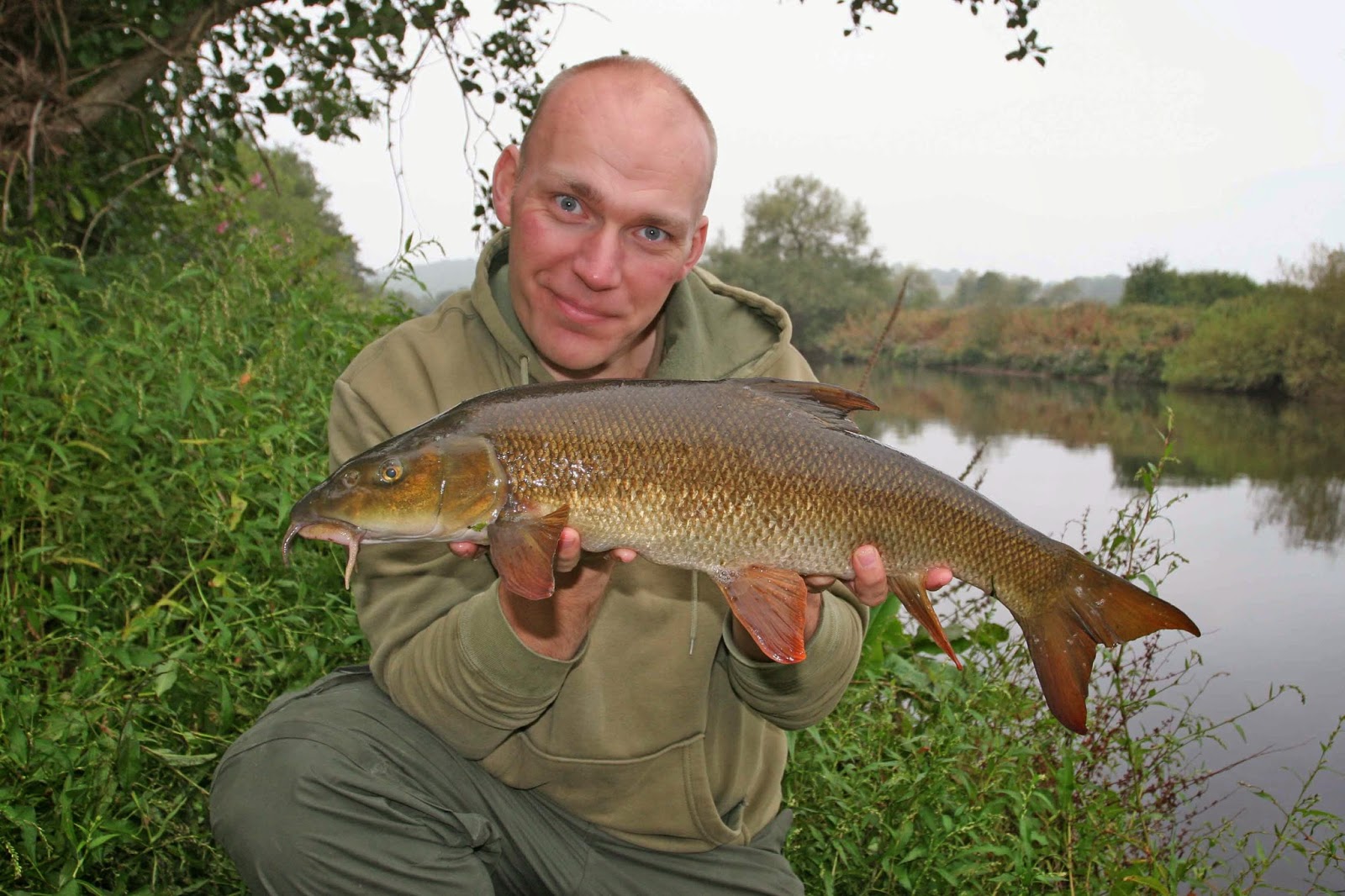 To be honest my Wye trips this year have been one of mixed memories and having a swim doubled booked and walking on egg shells for the best part of three days biting my lip at the same time means that my time on this beat has come to an end. What a shame some people don’t look at the big picture!

Images
1 - David managed four from the whirlihole.
2 - Vic his first lip hooked barbel!
3 - Barrie knows all about the Whirihole.
4 - Lee enjoyed a day upstream.
Posted by Unknown at 02:09