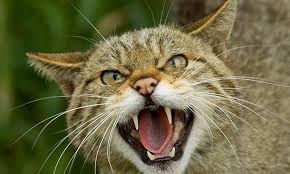 The weather was perfect for the second barbel teach-in, overcast, wet and warm with the river carrying a slight colour after recent rain. Unfortunately the barbel had other ideas as none showed up till 10pm. Just one 5lb plus chub was obliging with the odd chub bite missed and one good fish lost from a hook pull. 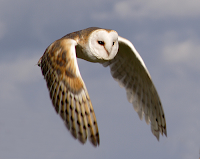 One unnerving point came when saying farewell to James in the third field down as I turned around to see an oversized cat around 30 yards away staring at us. This was at 9.50pm so it was quite dark, but we both agreed it was definitely a cat and as it strolled downstream to get away from us shining our head torches, every now and again stopping to look back, it seemed to get bigger! I have heard stories of other anglers witnessing a big black cat but this is my first sighting and I’m sure it was a wild cat as it was to far away from any buildings. On a more assuring note it was also brilliant to see a barn owl working the field behind, once common on this stretch of river but unfortunately the first I’ve witnessed for a few years now. 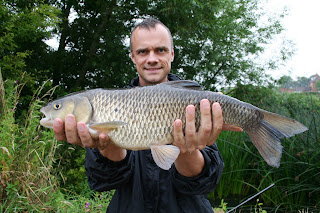 Obviously the six anglers learnt a few new skills as the following morning I received a picture of a 9lb 14oz barbel that had been landed after I left plus news that an even bigger one had thrown the hook close to the net.

Tight lines to all the anglers that were involved and please keep me informed on how you get on during the forth coming months.
Posted by Unknown at 03:59