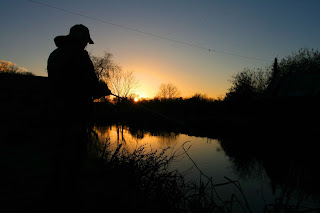 DAY – TICKET TACTICS
Specimen angler, Duncan Charman, visits a different day-ticket venue each month and explains how he gets the best out of his session. This month, he uses his loaf and catches a fish of a lifetime.

Last month I mentioned about ‘using your loaf’ when you arrive and find the river slightly coloured. Well that’s exactly what happened recently and it’s only right that this article is based around the preparation, practices and reward that happened.

Catching a two-pound plus river roach these days is becoming harder and harder and is the dream of many anglers. I’ve been asked many times whilst fishing to help anglers intent on slipping the net under such a rare creature and its not an easy question to answer, usually based on trying venues once renown for these in the hope that the odd one still survives. 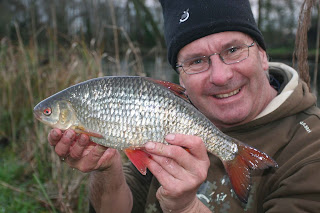 I have a good friend who’s dream is such a fish, it’s the one that’s eluded him after more than three decades of fishing. He has fished venues such as the Frome, Thames, Bourne, Avon, Itchen and more recently the Test in his quest for success yet in a twist of fate he so nearly achieved his goal, let me progress.

I suggested that we headed to Timsbury Fishery on the Test, renown for some massive roach in the past, yet having cast a line a few times some years ago and failed really didn’t know what to expect. I had purposely left it late in booking our place on the river as doing this too far in advance means that you have no control on what the weather going to do, however leaving it to the last minute means that you have a fairly good idea on the condition of the river and after a day of heavy rain we hoped that the river would be carrying colour and fining down.

We arrived at 8am and luckily, apart from two mobile fly pike anglers had the stretch to ourselves. Straight away I placed Alan in what used to be the best roach swim, one where shallows drop into deeper water with a small stream entering on the far side. Our plan was to fish the feeder with bread flake on the hook and mashed bread with a little hemp fed through a cage feeder, one that just held bottom. The river looked good although six hours earlier would have been spot on as the colour was disappearing fast. We both had two feeder rods at our disposal, yet with some surface weed dragging the feeder out of position after around ten minutes we both settled for one rod. Leaving Alan to it I headed to the last swim on the beat, next to a road bridge and deep water. Both swims had past roach record yet having not fished the stretch for a few years this could well have changed.

My feeder rig was simple, what’s known as a paternoster rig with a hooklink attached directly to Gardner 6lb HydroFlo mainline. The feeder, a cage style carried a weight of 25grams and was small enough not to over feed the swim. Hooklink is created from twelve inches of 5.94lb Reflo and tied to the mainline using a simple six turn blood knot which allows it to move under pressure making it fish friendly. On the business end is a size 14 barbless hook and I like to add a small float stop below the hooklink for added security. Being able to move this hooklink and float stop means that I can adjust where the bait sits in relation to the feeder throughout the session. Just like all knots when tying the hooklink directly to the main make sure you use lots of moisture and check that the knot beds down correctly as if theirs going to be a weak point it will be here!

Bait couldn’t be simpler, two Hovis medium sliced loaves, one of which had been liquidised into tiny pieces but only once the crusts had been removed, the other used for hookbait. I also like to add a handful of hemp to the liquidised bread and use the juices from the boiled hemp to dampen this down, something I do before leaving home.

Just to show how forward thinking an angler has to be before leaving home is I had also included a couple of pints of maggots as well as some sweetcorn just in case the river was gin clear and a backup grayling assault was needed. A made up pike rod with a few frozen roach was also added just in case a big pike became a nuisance. So with two quivertip rods, one float plus a pike rod along with all the terminal tackle needed to accompany these, preparation becomes a major factor in getting the best from such a session.

Our plan for the day was simple, fish till midday alternating between the feeder and float using bread for roach then have a couple of hours around the shallows for the chance of a big grayling using maggot or corn before settling down an hour or so before dusk with the view of fishing a couple of hours into darkness (only allowed with prior consent) once again for roach.
Unfortunately I struggled in the morning for just a couple of sea trout, however Alan’s rod was constantly bent by sea, brown and rainbow trout along with a few modest grayling. The owner popped down to see us early afternoon and this is where local knowledge is worth its weight in gold. Although the swims we were fishing produce a few roach he felt that it was worth trying two new ones so Alan dropped into a swim near the island and some far bank bushes whilst I settled in an eight foot glide that didn’t scream fish at all. Alan was instantly into trout however I constantly ran a stick float through the glide for an hour feeding bread mash every cast, yet to no avail. With the light fading and an arm aching I decided to drop the feeder in the swim whilst contemplating moving back to the bridge. After ten minutes I made the decision to move so started to break down the float rod and it was whilst standing up to the back of my swim noticed my quivertip banging away. Such a positive bite had trout written all over it yet this fish didn’t rush all over the place just shock its head from side to side before lifting in the current. As I watched the fish roll I swear I saw the flash of bright red fins and it was then that my legs went as pulling back on the other end was a roach, one that pulled the scales round to exactly two-pound!

Straight away I made Alan grab his tackle and placed him in the swim as, where there is one theirs going to be more, yet an hour passed with no further action. Then the tip tapped and a fish was on and in the darkness a silver flash identified the fish as a roach, however it wasn’t the two-pounder he wished for but one weighing 1lb 5oz. An hour later another fish was hooked that had him shaking yet once again it wasn’t to be as a four-pound chub graced his net and soon after a sea trout signalled time to call it a day.

So two-pound river roach are still their to be caught by each and every one of us. All it takes is a bit of planning, some local knowledge and a massive piece of luck. We both felt that bigger roach were in front of us, three-pounders possibly, yet the shoal was found just to late in the day to capitalize, however you can bet we will be back and I’m sure that Alan’s dream fish isn’t far away.

Images –
1 – Dawn and dusk are prime river roach feeding periods so be fully concentrated at these times and if you can fish an hour or so into darkness then grab it with both hands!
2 – I’ve caught plenty of big roach before yet this ones as rewarding as any, just a shame it didn’t come on the float.
3 – This image was taken a couple of years ago in a swim that just hasn’t rewarded me yet keeps drawing me to it for some reason. 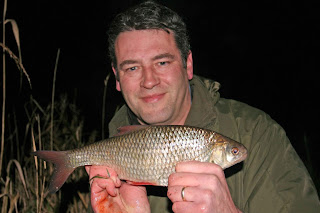 4 – sequence
(a)Cut the crusts of the bread.
(b) Liquidise finely.
(c)Add a handful of hemp.
(d) Pour the fluid into the bread.
(e) Mashed bread, roach just love it.
5 – My simple, safe paternoster rig, just check that six turn blood knot!
6 – Terminal tackle. Use a feeder that just holds bottom and doesn’t carry to much feed. Hooks need to be sharp and hooklink and mainline strong enough to tame those gate crashing sea and brown trout!
7 – Always have a back-up plan because the day you don’t take that pike rod you can bet a massive Esox will show itself!
8 – Alan’s day will come and sooner than he realises.