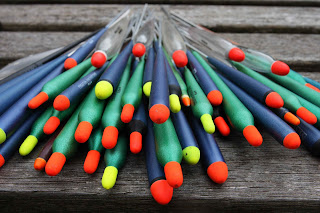 Sticking it out on the float!

Have you ever cast a feeder, PVA bag or a lead covered in pellet into a river and noticed where it lands explodes with small fish? Well that’s been happening almost everywhere I cast on the Thames and it got my mind working overtime especially when I started to catch quality roach on a 14mm pellet intended for barbel! I just had to return with my float rod, centrepin and trot the river but I wasn’t going to use the expected maggot, hemp and caster or hemp and tares but decided to hair-rig and feed 6mm pellets.

The great thing about the Thames is there are miles and miles of free fishing and if you want to access some of the best swims that are situated around the locks and below the weirs then for just £27.50 a weir permit can be purchased by going to the Environmental Agency website. Another group of anglers that’s worth joining if you want to keep up with catch reports is The Thames Anglers Conservancy – www.rivertac.org 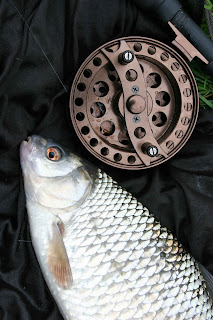 My session was just downstream of Penton Hook Lock in far from ideal conditions. The first hour was tough with just two swinger roach to show for my efforts but these were enough to tell me that once the shadows covered the river the swim would come to life and it sure did with around 12lb of quality roach falling but it could have been so much better if the zoo-creature that I hooked hadn’t smashed me up, yet what could I do on a size 14 fine wire hook and a 3lb 6oz bottom? Catching roach on the stick float has to be one of the most enjoyable methods I know, it’s just a crying shame that so few anglers try this method preferring to reach for the feeder first.

Tackle for this session was a Preston Carbonactive13ft Super float and an Okuma Aventa centrepin loaded with 6lb Shimano Technium line, a Drennan No1 2BB Big Stick down to a Reflo 3.6lb bottom with a size 14 KamasanB525 hook tied knotless knot style. Bait for the session was four pints of 6mm Coppens hard pellets bought in bulk from an animal feed company to keep cost down and on the hair was the brilliant original 6mm Sonubaits S-Pellet. Five or six pellets were fed every cast and most fish came running the bait through just off bottom. I could have bulked shotted the float but the occasional roach came on the drop so fished with the shot equally strung out down the line in a shirt button format. The most important fact when trying the stick float for roach on the Thames is not to give up to early and I mentally tell myself that if I catch in the first hour then it’s a bonus. Trust in the method, keep steadily feeding and the swim should get better and better. 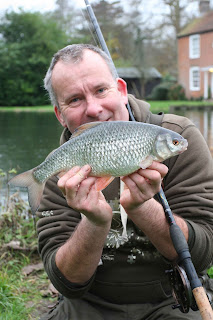 Another memorable session was at Testwood Pool, a tidal section of the river Test which can be hired out by a maximum of three anglers at a cost of £150. Before leaving home I had already made my mind up to stick on the float all day and was rewarded with a personal best dace, roach to nearly two-pounds plus bream, grayling, chub, trout and salmon. One hell of a day and one that was far more rewarding having caught everything simply by trotting a float down the river. I said simply, well Testwood Pool probably cant be classified as simple as being tidal its forever changing meaning that swims become fishable then un-fishable in a matter of minutes due to the ever changing currents and the angler has to keep focussed, looking at the pool all the time and forever moving around to get the best from it. Hard work but get it right and its so much fun. All the fish I caught that day were taken on sweetcorn as maggots and casters are banned as these attract salmon par that the fishery has to protect.
Once again I used my Ukuma centrepin loaded with Technium line as this floats well and opted for a 15ft rod for extra control. Choice of float, hooklink and hook was similar to the Thames but the shotting and depth had to be constantly adjusted from a bulk shooting pattern to a shirt button style to suit the ever changing conditions.

Two other occasions that come to mind were days on the Wye and Wey. Two contrasting rivers but ones that if the float was ignored it would have been disastrous. Day tickets for H&DAA stretches of the Wye can be purchased from Woodies Angling in Hereford and my visit in the town centre was really with pike in mind yet I watched as numerous fish splashed and swirled on the surface in the middle of the river. With the pike fishing being slow and never being one to miss an opportunity I grabbed a float rod that I had fortunately packed and although the stick never came into use, the waggler did and come the end of the day I had taken more than seventy chub in the 8oz – 2lb region fishing just two feet deep in twelve foot of water. The key on the day to catching was once again feeding, just a few maggots every cast. To say I was in my element was an understatement and my mate sat it out for pike having not bought a float rod and duly blanked!

The tiny river Wey running through Farnham is free fishing and a brilliant venue, especially in the depth of winter when its really cold and if you time your visit right, when rain rises the river and adds some colour then trotting through the park can reward you with bags of quality dace, chub and a few wild brown trout. I remember a day when it took me more than an hour to get a bite within a swim that I knew held fish and needed to bulk shot and slow things down in order to catch. Once again I used a 13ft rod as any longer and control is lost when playing a fish, especially a chub that’s intent on finding the bankside cover. I also prefer to use a wire stem stick in such shallow water and the best hook when dace are about is a size 16 Drennan Super Specialist with a micro barb. When I finally activated the swim it was a fish a cast and I left three hours later having caught around 35lb of fish.

Bulk Shotting is simply when the float is cocked with most of the shot placed together around two thirds of the way to the hook with just a couple of small dropper shot between bulk and hook. This type of shotting is great when the river is up and coloured and the fish are close to the bottom or when they want the bait slowed down and edged through the swim. Bulk shotting also allows the float to be over-cocked then lifted up so the tip is showing and held back in the flow, great for big fish.

Shirt button shotting is when individual shots are placed equally between the float and hook with the size of the shot decreasing as they near the hook. I prefer this pattern if possible as it searches out the depth of a swim and if the float is held back every now and again it lifts the bait up in the water which is great for grayling and dace.

Images –
1 – My best days each season are always on the float.

2 – The Thames, a great place to be and full of big roach nowadays.
3 – Roach on the pin, what could be better?
4 – With maggots at £3.50 a pint its time to think outside the box!
5 – Testwood Pool, an ever changing environment and one made for the float.
6 – A near two-pound Testwood roach taken on corn under a stick float.
7 – My personal best dace was the icing on the cake.
8 – Autumnal action.
9 – Up in the water action on the Wye.
10 – Small rivers can provide non-stop action.
11 – Bulk shot.
12 – Shirt button style.