FAST TRACK TO CATHING YOURSELF A MASSIVE SILVER BREAM. 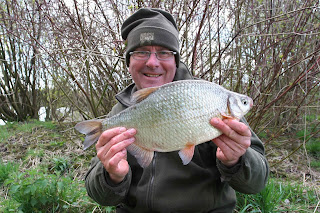 FAST TRACK TO CATHING YOURSELF A MASSIVE SILVER BREAM.
One species that’s certainly gained popularity over the last few years is silver bream. Yes, many straight away think of their ‘so-called’ cousins, bronze bream which are slimy and fight like a sack of potatoes, yet silver bream are far from similar, in fact when you target silvers bream you are fishing for a totally new species and just like rudd and roach they need to be looked at differently. 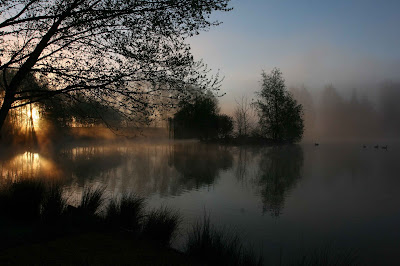 Unlike bronze bream, roach and rudd that are fairly widespread, silver bream are rare and reside in only a few waters throughout the country. The most famous is Mill Farm Fishery in West Sussex that has long been the place to head for if you want a real big one, having constantly broken the British Record over the last few years. I remember when Mike Davidson broke the record which at the time was just 15oz, the day my girlfriends dad Mick caught the first ever brace of two pounders and the day when I caught seven two pound plus silvers along with two three pounders, the best 3lb 3oz, just 1oz of the record. Unfortunately these big ladies have become rarer of late, not because they are not still there but because an influx of small nuisance silver bream and roach have invaded the lakes over the past couple of seasons. Methods that once worked are now hopeless, so whatever you have read in the past is probably worth throwing out of the window as although this is still the place to be, methods need to be rethought!

One thing is for sure, the helicopter rig still reigns supreme, however the once maggot and worm cocktail, then sweetcorn and more lately 6mm pellets that scored so heavily rarely work and when they do its only to the angler who wants to wade through the small fish to catch his prize. The size 16 hooks are now 14’s and the five-pound hooklinks increased to 7lb just so they last a little longer as the carp in the Specimen Lake fight like hell and rarely does a lesser hooklink last more than a couple of fish.
As for rods and reels try and balance things out. Most of the carp here average double figures so you don’t have to use carp rods. I recommend rods (I use Nash 10ft 1.75lb Scopes) in the 1.25lb to 1.75lb t/c and reels loaded with 8lb mono and if you do hook one of the bigger carp, don’t panic, just take your time and that fish will grace your net.

For myself, who wants to catch by design, I would rather fish a bait that’s only going to be picked up by specimen fish and although I would love to find a bait that only the silver bream like, sadly there isn’t one. So it’s simply a case of upping the size of bait so that anything smaller than a pound struggles to eat it and the size of bait I now use is an 8mm pellet (Boilies are banned). Unfortunately this will not deter the carp, tench and bigger roach, however if it’s a big silver that I’m after I just have to live with these. I use to love Nash Squidgy Pellets but sadly these are no longer available so any 8mm pellets will do and the colour yellow seems to be best. I have also had great success on punched pieces of Pepperami however this does have its day and now usually start by punching one of the new Nash Boilie Pellet (these are only named Boilie and are not boilies but pellets) hookbaits into an 8mm barrel. These hookbaits are critically balance and needle friendly and it’s this which gives the bait an edge over others.
There is also a groundbait ban so to get around this I use the new Nash Pellet Mini Mix and Nash Salted Mini Mix as these can be dampened down and pressed into a cage feeder, just like groundbait. Some would classify this as groundbait but where the defining line?

Early in the season, April or when the fishery first opens (it’s closed from Jan 1st to Good Friday) I would recommend casting tight to either of the islands, however once the water warms up these just become a carp crunching experience, so try targeting open water. Yes you won’t catch as many fish but you will stack the odds in your favour of placing the net under your chosen species.

Accuracy is paramount and I simply cast one of my feeder rods to the area that I want to target, clip up and tie a stop knot made from pole elastic right next to the end ring of my rod. I then use a couple of Nash Spot On Sticks to mark out my second rod and spod rod so all three are fishing at the same distance. It’s very important to remove the line from the line clip after casting as if you don’t then expect to have the hook link broken on the bite or at worse your rod pulled in!

Having all three rods fishing at the same distance it’s a case of spodding out some feed, maybe six loads before filling the feeders and dropping these over the top.

Time of day.
Mill Farm fishery is very much a morning water, so arrive early (in summer the gates open around 6am even though it’s stated 7am on the website!) and make the most of the hours up until 11am as after this things toughen up. I always will arrive with all three rods made up as this just means I’m up and fishing as quickly as possible. When things get tough don’t just give up, get into a routine of casting every few minutes, rods and spod, as many a bite comes soon after casting out.

So there you have it, everything needed to go and possibly be the next British Record holder.

Tight lines and be lucky! Images and sub titles
1 – Mill Farm Fishery, one of my favourite places.
2 – Big silver bream are there to be caught by everyone.
3 – The Helicopter Rig, devastating.
4 – Balanced tackle will land every fish hooked.
5 – Edges are what all anglers need.
6 – Ground bait, not in my book.
7 – Accuracy is ever so important.
8 – Don’t get lazy, keep spodding.
9 – If you were a fish, you wouldn’t say no!
10 – A red letter day, there for everyone.