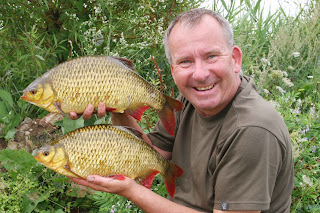 Bucklands Revisited
Oh how I laughed out loud this week when I opened Anglers Mail and read that the rudd have gone missing at Bucklands! 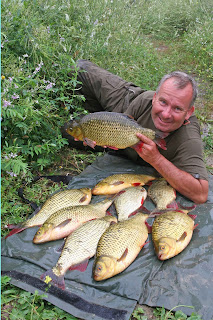 I knew that some syndicate members weren’t happy with the running of the place; you just had to read between the lines of comments made in the press by some that they weren’t going back. I think that the fishing was so good last year that some anglers made a massive mistake by not looking at the bigger picture, forking out £500 then not striking when the iron was hot. The lake is some 50 acres in size and depths plummet to over 50ft in places, couple this with a vast majority of the banks being out of bounds to fishing and anyone with any sense would have known that these giants could just drift off, well out of reach of an anglers bait. Let’s face it those rudd didn’t get massive from feeding on anglers baits in the first place, they grew big on neglect and a rich diet of natural food, something that they are doing right now and may continue to do so for many years to come, so anyone that forks out £500 and expect the rudd to climb up their rods, like they did mine, needs to come to their senses. 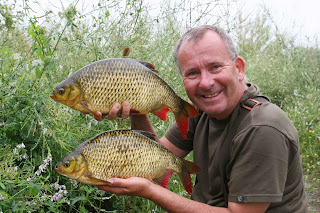 I have fished Frensham Great Pond for probably three decades and know just how rudd can change their position from one year to another. Fortunately in most cases an angler just needs to keep his eyes opened, locate these fish and simply move into position to be able to place a bait at them, something that’s not possible at Bucklands. 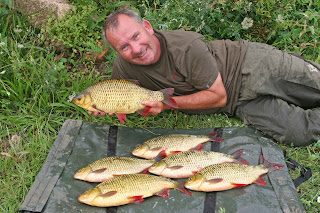 I was fortunate to get a day’s fishing on the venue when Fred Healy was kind enough to put me onto the venue. I must admit that I very nearly didn’t go but his words that I would easily break my personal best rudd of 3lb 5oz couldn’t be forgotten. I teamed up with fellow Nash man Chris Petter and travelled down on a day when Storm Bertha was about to sweep across Kent. When it arrived late morning all I had to show for my efforts on the float were a few small rudd even though big ones were rolling. The wind increased and the rains came so it was time to cast out a Helicopter rig baited with a small pop-up. The feeder never reached bottom before the first big rudd intercepted this. It weighed 2lb 6oz and over the next few hours I caught a further fifteen bigger! This catch included seven over 3lb, the best two went 3lb 10oz and 3lb 12.8oz and came before 5pm when I slipped and fell on my kneecap and was unable to continue. Chris was the next swim down and managed a number of rudd as well including a personal best of 3lb 6oz. Just think what we could have achieved if we had been able to continue!

Before leaving we enquired about how we could get on the syndicate which was obviously full at the time and Scott said we had to put our names on the waiting list, however one hadn’t been started. With a new list started and our names in prime position we left thinking that no way any of the syndicate members would give up such a golden ticket for years. How wrong we were, but one thing we were right with was we knew that when a position became available that our phones wouldn’t ring, and they haven’t! Another thing that we were also right about was we knew how easy it would be for the rudd to disappear, and they have.

So as for Bucklands it seems it was a once in a lifetime experience, one that cost me all of £20 but it was certainly money well spent, certainly something I don’t think the syndicate members will be feeling right now.
Posted by Unknown at 04:45