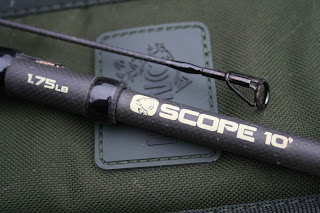 Ever since Nash bought out the Scope rods I have to say that I have been well and truly hooked. They pretty much come everywhere with me nowadays be it when I’m targeting species such as specimen rudd and roach with small hooks to the powerful hard fighting barbel.

Some may say that I was mad using such Scope 10ft 1.75lb T/C rods for barbel, especially when bites were at a premium and the chance of a fish of a lifetime was at stake, but did they let me down, absolutely not. Yes, I still recall finding myself on my knees in the middle of the night on a chilly November night, half asleep playing a fish that I knew was something special. In fact I had the rod, reel and my arms submerged in water praying that she would succumb to the constant pressure. I also had 15lb NXT Bullet braid running through the eyes, something you would have thought would have been brutal but no, everything went to plan and probably the hardest earnt  fish, one I will never forget finally graced my net. 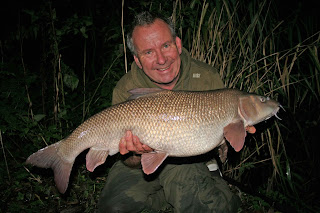 So why did I decide on these rods during such an important campaign? Well balanced tackle has always been a major part of my angling. Yes I could have gone the 3lb T/C carp rod route, but frankly where’s the fun in this! Complete faith when the odds are so high is paramount and these rods are exceptional, reliable and a pure joy to use and when long walks to the river are standard, the smaller compact set-up mean that if two rods do need to be employed then the additional weight is kept to a minimum. 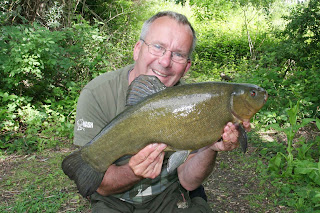 The compact nature of the rods also was a reason that I decided to use these on a tench campaign on Larkfield last spring as the tackle could be kept out of sight whilst the car was parked up and I was doing my rounds around the lake. Fortunately I don’t have to commute into the city, or park the car in crowded areas but for any angler that does I can see a massive reason for having a set of Scopes as being out of sight an angler can now go fishing directly after work as opposed to returning home. Narrow, overgrown paths round lakes, such as Larkfield, also mean that longer rods in holdalls become problematic but the compact nature of the Scope set-up mean that barrows aren’t over-loaded and transportation to and from a swim becomes a doddle. Gravel pit tench are also suckers for the margins and rarely is it needed to distance fish for them. Most of my spots were anything from under the rod tip to a maximum of 40yards so the need for longer more powerful rods wasn’t needed.
Gravel pit tench fight hard and the weedy nature of such a venue mean that on occasions a big tench has to be coaxed slowly from within. Small hooks, just to get a few more bites, on pressured venues mean full confidence is needed in every part of my tackle and once again did the 1.75lb Scope’s let me down, absolutely not. 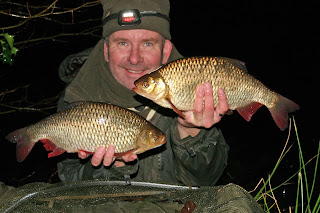 This season I’ve had 2lb roach, 4lb crucians and golden orfe to over 6lb all taken on 1.75lb Scopes but probably the best example of just how versatile these rods are is when rudd fishing at Frensham Great Pond. Rudd only have a very thin layer of skin within their mouth’s so you would have thought that a micro-barbed size 16 hook would often pull when carefully playing a specimen back from sometimes upwards of 80yards, and often in the dark, but you would be wrong as the forgiving tip absorbs every sudden head shake so common with them.

So there you have it, the reason why I and you too should be using them! They’re simply brilliant.

For a complete specification breakdown go to – www.nashtackle.co.uk
Posted by Unknown at 06:00