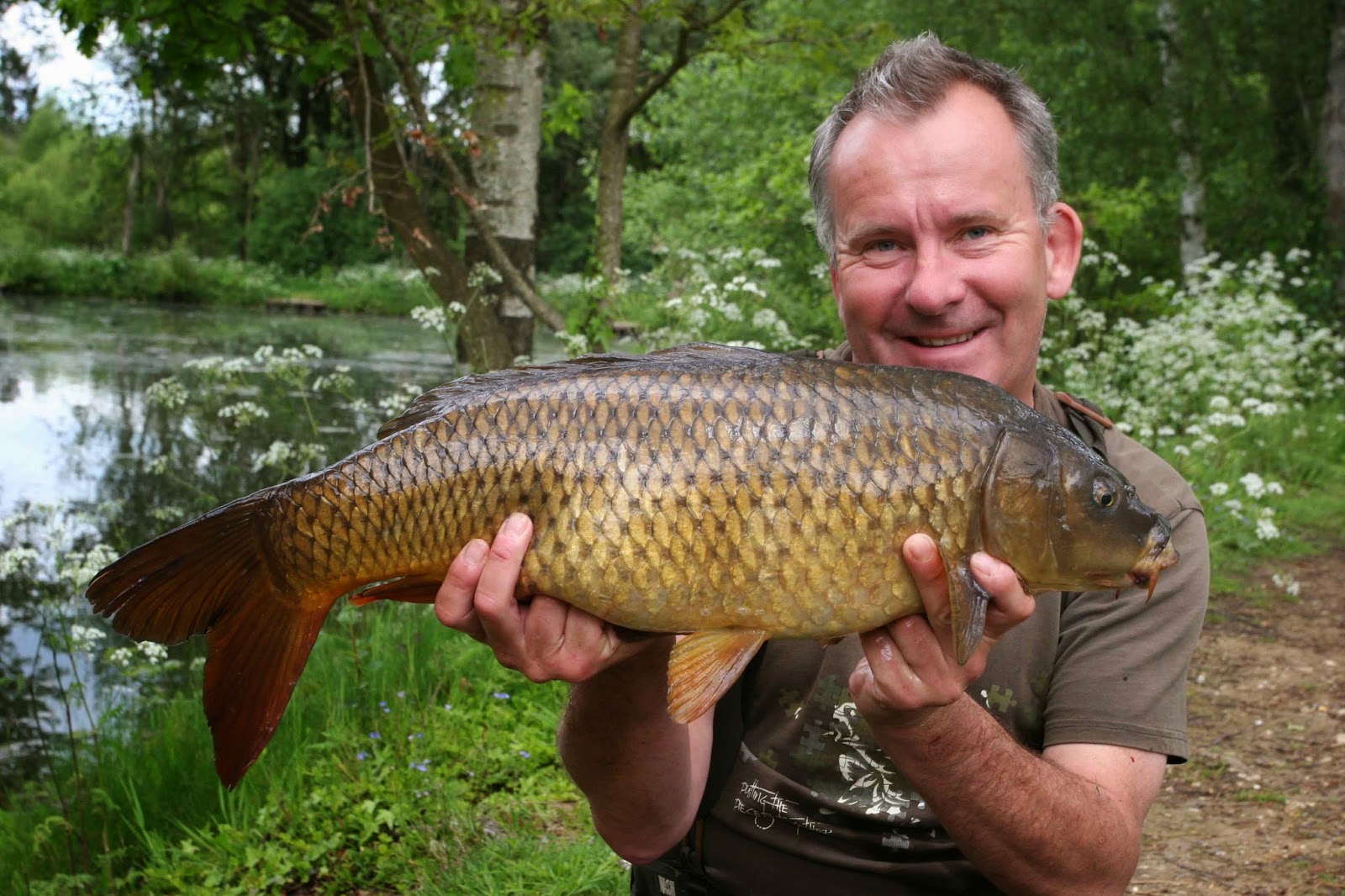 Stock – Plenty of carp to over 20lb plus good tench, crucians and perch plus rudd and roach.

Conditions – Atmospherics seriously high at 1034mb with no wind and a cold night down to 3 degrees but blue skies see temp rising to a high of 20. 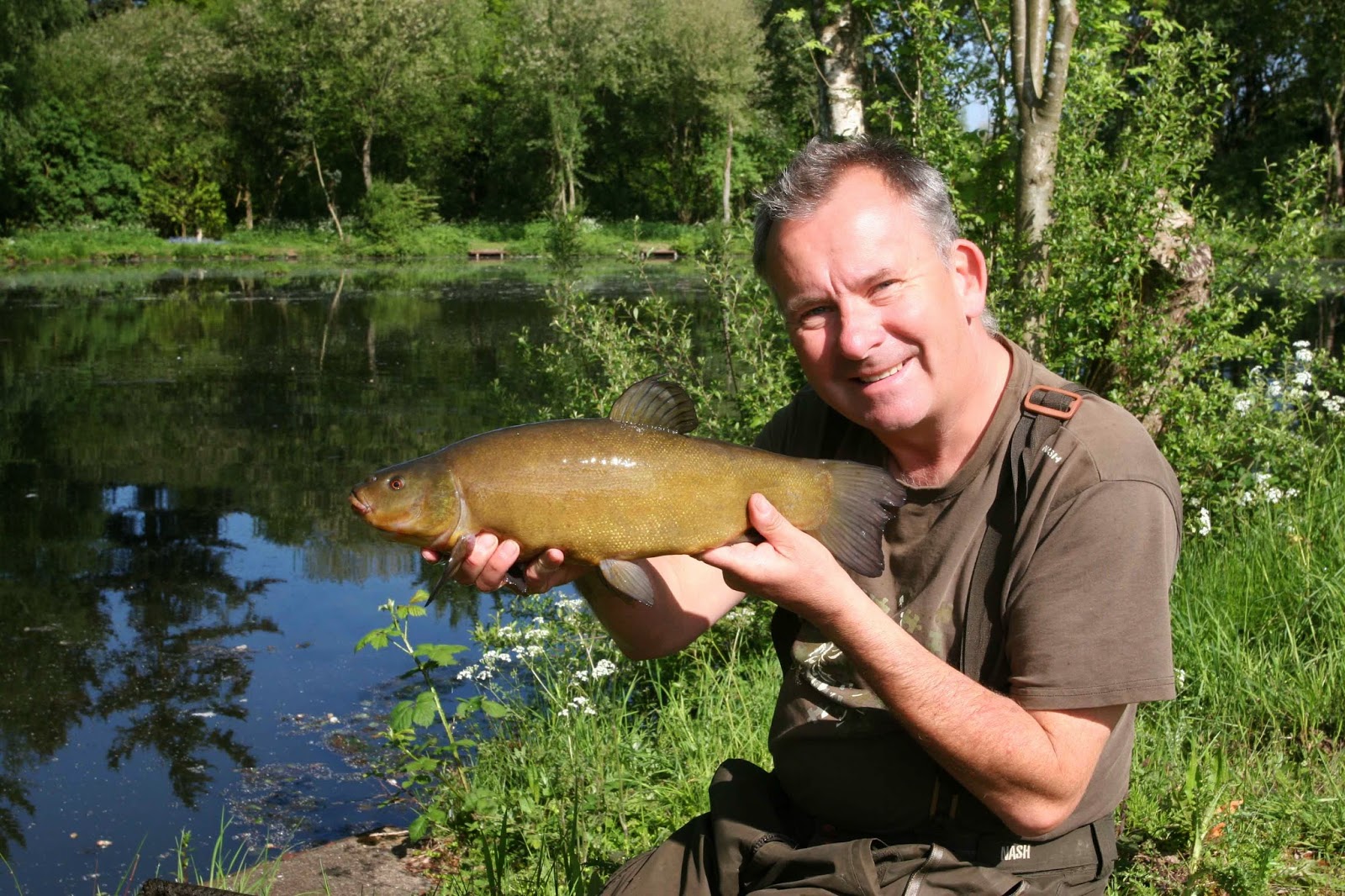 I’ve been slagging the bloody wind off for a number of weeks yet today was one that would have made all the difference as any ripple would have given us a fighting chance against what can only be described as horrendous conditions. My brother and friends even struggled at carp bagging venue Broadwater the day before so I wasn’t surprised when the usual instant response failed to materialise.
Barons is similar to MBK Pump Station, great for disabled, juniors and elderly anglers with toilets and car parks close to the lakes and the plat formed swim, although not my cup of tea are well constructed and comfortable.

I had been told that the lake had been fishing its nuts of recently, in fact one match was won with over 60lb of crucians, yet its bigger residents were my target and a few double figured carp was what I expected. Setting up halfway along the causeway I initially introduced five balls of pellets which were allowed to settle as I set up. During the summer the rules only allow one rod, the sport can be that hectic and my choice today was a 9ft Nash Scope, 10lb main line with a 1.5oz free running inline lead along with an 8lb mono hooklink and oversized 14 hook tied knotless knot style leaving a hair that would initially contain a 10mm Tangerine Dream Nash Instant Action boilie.

Placing the rig within a half filled Nash Ballmaker I then filled this to the top, pressed the plunger and out came a perfectly formed pellet ball that I simply swung into position. Straight away it was obvious that fish were around as the rod tip constantly tapped and although this continued even after three more casts I just couldn’t buy a proper bite. Finally after around thirty minutes line started to leave the spool but somehow the first carp was lassoed by my hooklink. Introducing five more balls of pellet I left the swim to settle whilst having a cuppa and talking to dad who was on the next peg float fishing prawns. He had also landed a carp plus a few perch but wasn’t exactly bagging up. Back in my swim I swung another ball into position only to have the rod ripped from my grasp as the next carp fell for the new tactic followed by a tench and although the action was steady with modest mirrors and the odd tench throughout the morning the bigger carp just weren’t having it. Constantly changing hookbaits to try and find a winner failed to sort out the bigger fish and with the sun now high and temperatures rising I decided to cast further out. Five quick cast to get some bait in the swim then saw my rig falling over the top and straight away the spool leapt into life, this time from something slightly larger, a common around 10lb. I thought that I had found the solution as the next cast bought another carp somewhat smaller, however these two fish were all I could get from this spot and with dad having caught the odd carp early on but now being plagued by small perch we decided that it was just one of those days that whatever you try just isn’t going to work.

Get the right day and either of the lakes will see fish crawling up the rods yet with a dying wind, cold night and bright sunny conditions, today just wasn’t the right one yet we still caught a few fish and its days like this that makes us all better anglers.