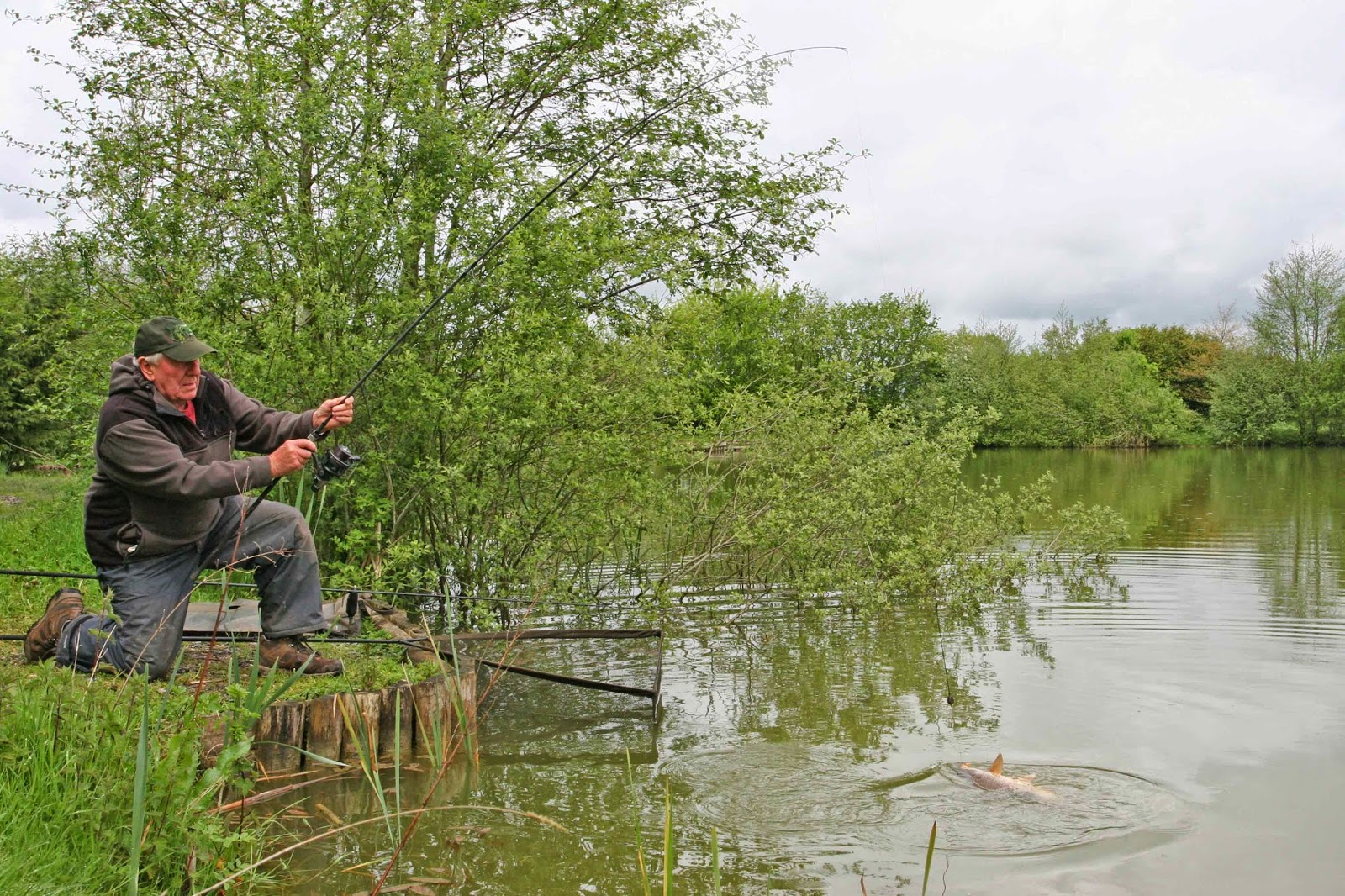 Conditions – why does it always rain on my days out on a day ticket water? Temperatures down to just 13 degrees, no wind of such, yet it feels good, humid and overcast.

Court Farm Fishery is as many will know a venue that I usually target the carp on the float, yet I needed a water where I could experiment with the new Nash Ballmaker and this fished filled lake seemed the perfect place. 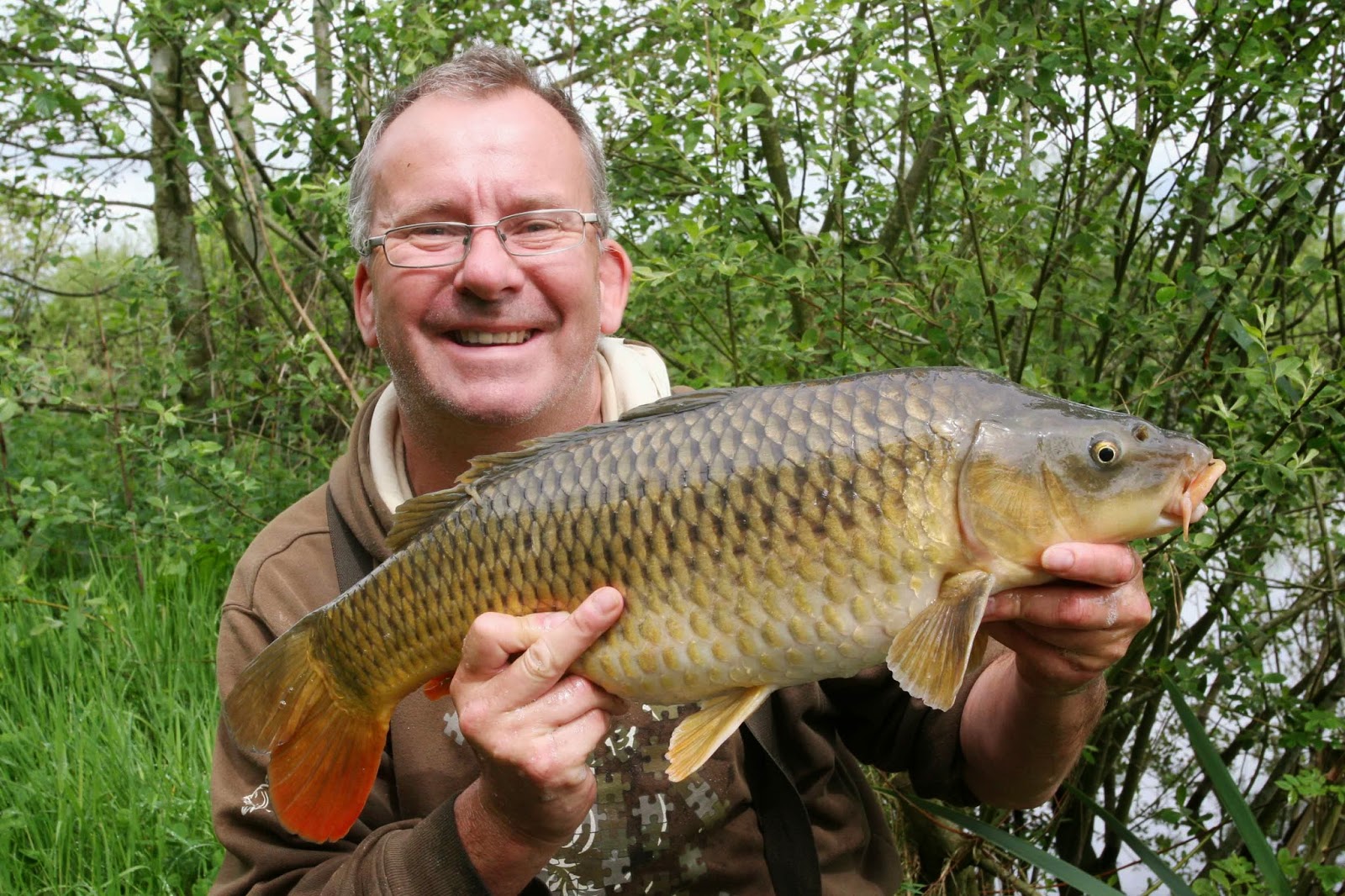 A quick check of the rules prior to leaving home showed that boilies weren’t allowed which was annoying as I really wanted to try out the new Tandoori Spice 2mm Ballmaker Pellets in conjunction with the same flavoured 10mm Instant Action boilies. Looking in the freezer I found some curry spiced luncheon meat left over from an old barbel trip so this seemed the next best thing, however I later learnt that boilies are allowed as hookbait, but banned in any other use which seems a sensible day ticket ruling.
Having dropped the girlfriend of at work I made my way to my parents to collect my father who fancied getting some fresh air before heading to the fishery at Aldermaston. Arriving I was surprised to see no other cars present, obviously everyone had seen the weather forecast and decided against it, and in a way I wish I had as I cannot stand fishing in boots, waterproof jacket and under a brolly. By the time we cast out it was well past 8am and within five minutes the rod to pulled round and dad was into a carp that somehow shed the hook.

Tactics today were simple, 2oz inline leads fished bolt style with a foot of Nash Cling-on tungsten tubing behind and a 10inch 15lb Missing Link hooklink pinned down in two places using the brilliant Nash small Clingers before a barbless size 10 hook attached knotless knot style. Rods were carefully chosen as today was all about dropping the rigs just inches from the bank so it had to be my pair of 9ft Nash Scopes. H-Gun reels were loaded with 10lb Gardner HydroFlo keeping everything balanced and although I had a set of Sirens mounted on short Gardner So-Solid Sticks, in most cases I would be just placing the rods on the ground with the baitrunner on and waiting for them to spin. 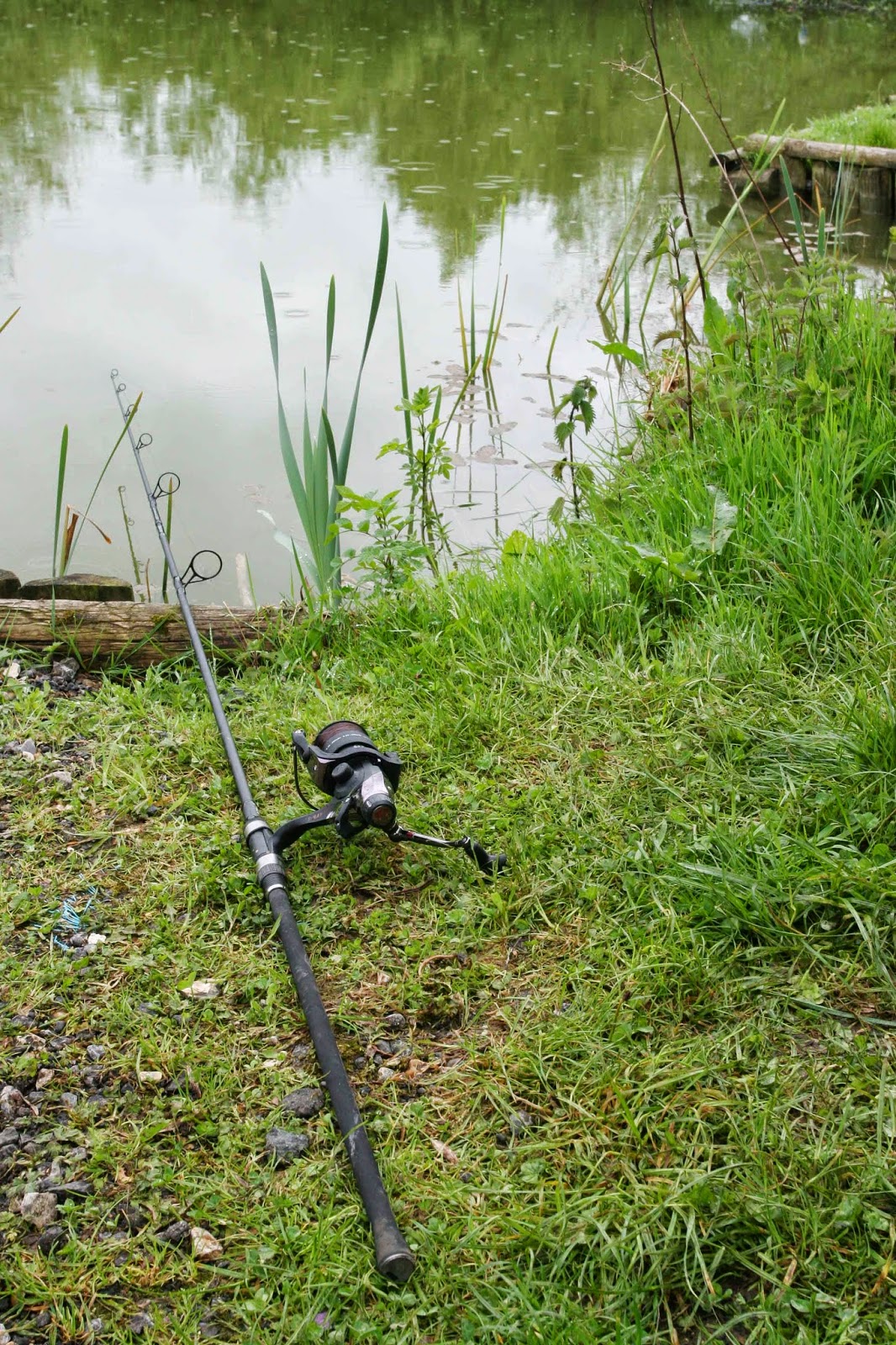 Watching the rod tips twitch constantly I was surprised that we had to wait a while for the next bite yet it wasn’t from a carp but a roach around the pound which was followed by a bream and a tench, not exactly what I was expecting. A couple of modest commons then came but these weren’t the doubles I was hoping for so we decided to move from the deeper water to the shallower end. Filling the Ballmaker half way before dropping the hookbait and hook within, then sliding the mainline down the slot in the side, before filling it to its level I simply inserted the other part and pressed down and out came a perfect ball, ready to be lowered in the margins. I didn’t have time to get the second rod set before the reel spun and another modest common graced dad’s net. A couple of things I noticed were that the pellets need to be of a certain consistency for the Ballmaker to pop out perfectly formed balls every time. Too sticky and they get stuck, too dry and they break in half, so be prepared to experiment on mix consistency when you first try this, however more importantly is that when filling the ballmaker, only fill it to its level. With the right consistency and keeping to its level you will be able to make perfect pellet balls with your hookbait placed within every time, a method that I can see being devastating on many a venue and not just for carp!

With only three hours to spare and already seeing most of this fly by I decided to bait a spot right on the corner of the next swim in hope that a couple of better carp would think that an angler had just packed up and tipped a bit of excess bait down the edge. What I love about the knew ballmaker with the slot in, is that every ball introduced to your swim looks exactly the same, even the one with the hookbait within and with half a dozen balls dropped close in plus the one with my hook in I was sure a bite was immanent. It was a tactic that transformed the session, albeit one I found too late as two better commons graced my net and I know more would have followed including the lakes bigger fish if I had found this out later.

If your looking to find a venue that’s attractive, and quite, one that contains not just loads of double figured carp but the chance of a very big roach or perch plus bream and tench thrown in for variety then this is the venue. What I love about the specimen lake at Court Farm Fishery is that it lends itself to a variety of methods from simple float tactics in the margins with prawn over hemp being deadly to scaled down carp rigs like I used today as well as being a fantastic floater water and I suspect a brilliant venue for both the pellet waggler and zig rigs.
To be honest today was just one of those days we all get from time to time, a day when something in the air makes even the easiest venue difficult. I would have expected six double in three hours here along with a few smaller samples but it wasn’t to be, however I know many a venue that most would have drawn a blank on today, yet at Court Farm you’re guaranteed at getting a bend in your rod whatever the conditions.