Now is the time to catch catfish on worms! 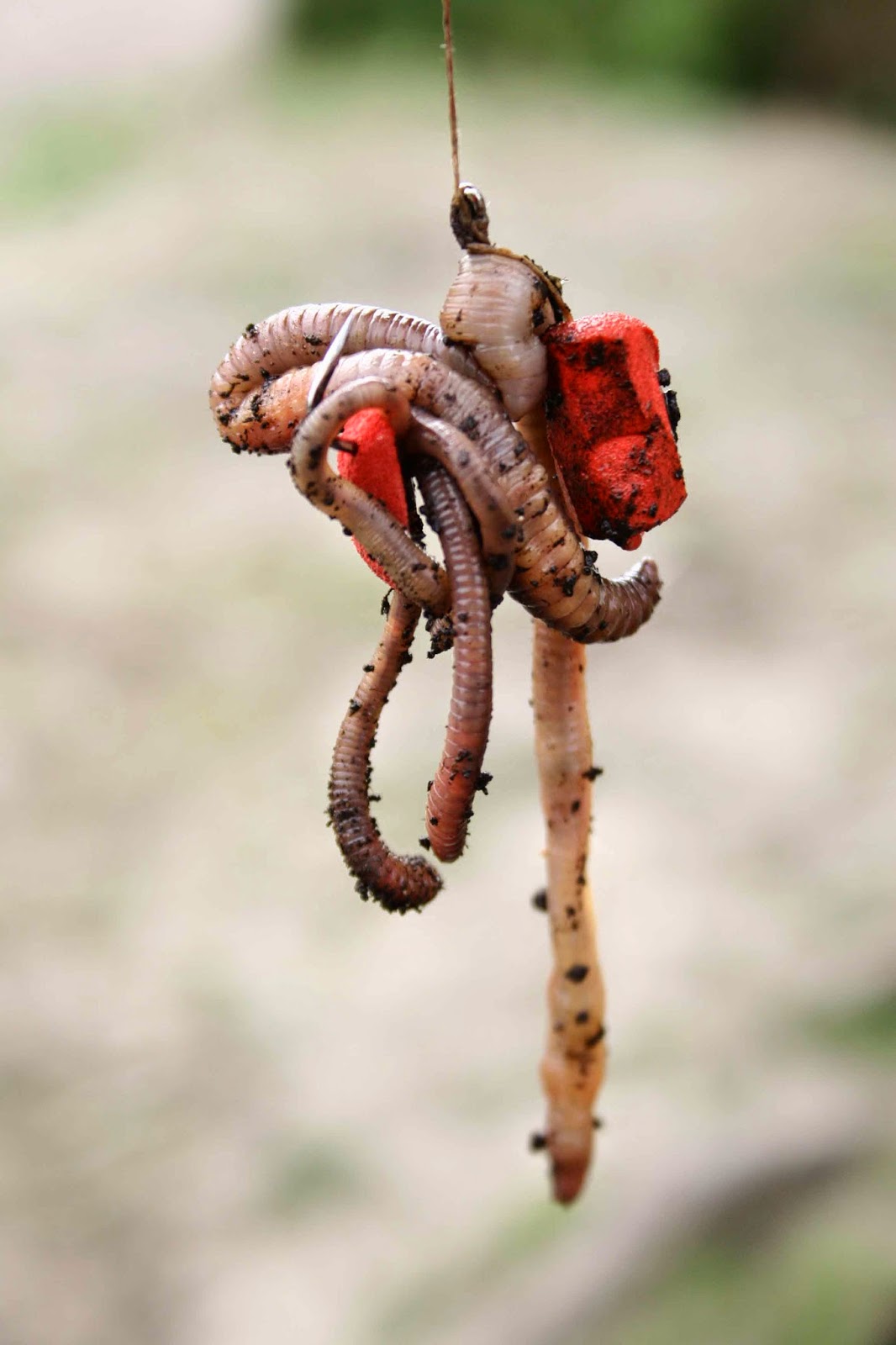 Catching a specific species by design has always been very important to me, not only is it extremely satisfying but also hugely rewarding as it keeps me focused and my brain ticking over on how to outwit my quarry. Catfish when first introduced to a venue don’t usually prove to be a problem, as a live or deadbait, even a piece of squid will usually produced the goods, yet as they settle in and start finding an everlasting supply of pellets and boilies, their feeding habits naturally change. Not wanting to take the hedge-my-bet boilie route I started to think about a bait that would trigger the catfish’s predatory instincts, a bait that would be constantly moving and one that no-one else would be using. Buying expensive leeches did cross my mind, yet it was the humble lobworm that solved my problem, not just one, but loads of them.

Presenting these effectively was my next consideration as I wanted to make these very obvious and position them right in front of the catfishes face. The moving lobworms have a tendency to wriggle around and it’s only a matter of time before the end of one will hook itself and mask the hook so after trials in a bucket of water I finally created a rig that reduced this risk. The rigs make up can be seen in the image and the way to keep the ends of the worms away from the hook is to inject each end with some air, introduced using a syringe and needle. A small piece of elastic band is added to the barbless hook to keep the worms on. Amazingly worms will live underwater for hours even after being air injected and continue to wriggle in a way that’s difficult for a hungry catfish to ignore. The height in which the worms are popped up depends on the water temperature. Whilst the waters cool I would start with them around six inches of the deck, however in the height of summer, or if cats can be seen moving up near the surface would have no problem with popping them up close, if not on the surface. It’s very similar to fishing a zig-rig, you need to find where the fish are and then place the bait in between them. Counter balancing the bunch or worms can be done in numerous ways but the simplest is by adding just enough shot onto the abrasion resistant hooklink to sink these; however you will have to test the rig in the margins each time you recast and adjust the weight accordingly. I also like to use a piece of red foam which acts as a sight stop as well as creating some buoyancy.

Generally I keep my hooklinks long, around 24’ as any shorter and you run the risk of a catfish not being able to engulf the hookbait properly, leaving the hook to prick the outside of its mouth due to the weight of the lead coming into effect. I have experimented fishing worms popped up straight of the lead, its far easier than fiddling around balancing hookbaits and has the advantage of allowing the bait to search all depths by simply pulling a few inches of the baitrunner, yet although I’ve caught doing this, the system does seem to increase the number of runs that are dropped. Hooklinks are made from 25lb Kryston Quicksilver which is extremely abrasion resistant and can withstand the crushing pads within the mouth of a catfish, however check this after every fish and replace if there are any weaknesses of signs of wear. Hooks need to be big, strong and very sharp and to me you can’t beat Nash Fang Gaper hooks in sizes 4 and 2. Rods need to be powerful and mainline strong. I use 2.75lb Entity rods and the semi-parabolic actions creates some comfort when commencing battle with a big cat and 25lb NXT Bullet braid running through the rod rings! Preferring to use running leads rather than semi-fixed I keep the weight of my lead to a minimum, increasing this only if I need to cast further. Indicator set up, once again is designed to reduce resistance and since purchasing a couple of Zandavan Roll-Over indicators I’ve never looked back. This type of indicator system is a must for all predator anglers as it solves so many problems. If you are constantly playing with indicator set-ups then I would highly recommend you taking a look at these, however an alternative is to use lightly set drop-off indicators. The use of baitrunners, however lightly set create resistance, something that catfish hate so avoid these as it will increase the amount of aborted runs and remember to set the reels clutch as you will need to strike and set the hook.
Obviously you need to ensure that once you have hooked a catfish then you can land it and deal with it on the bank so a 50’ landing net, long forceps, large unhooking mat and suitable sling to allow the fish to be weighed safely need to be taken. 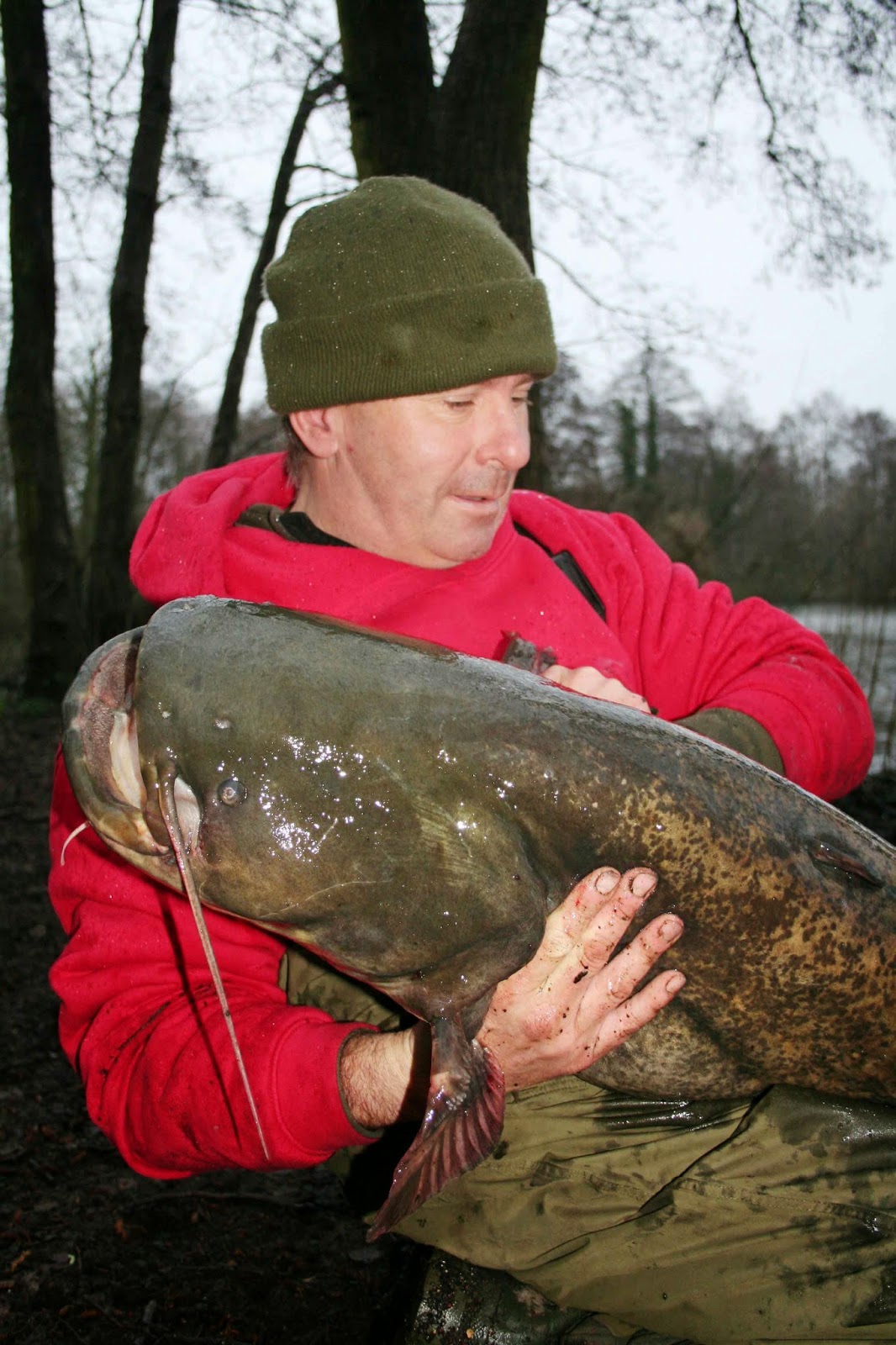 I also like to try and create a feeding zone by introducing a few dozen broken worms and then marking the main line with pole elastic so I can recast to the same position every time, however this isn’t that important as a catfish is well tuned in to hunting out a moving object. The other problem with introducing worms is they will attract other species that can become a problem, especially in the summer, so I tend to use this method early in the spring when the waters just beginning to warm up.

One thing that did concern me before adopting this tactic was will worms catch me a big fish or will I be constantly unhooking small kittens. Well the first two cats I caught weighed 53lb 4oz and 57lb and came from different venues. Since then I have caught plenty of others over twenty pounds and remember one night when a 5lb 13oz eel somehow took twelve lobworms popped up using a bright red foam popper!

So their you have it, a new tactic to try out, one that very few anglers will be using and one that I can honestly say has transformed my fishing for catfish.