Do you want to catch more fish? 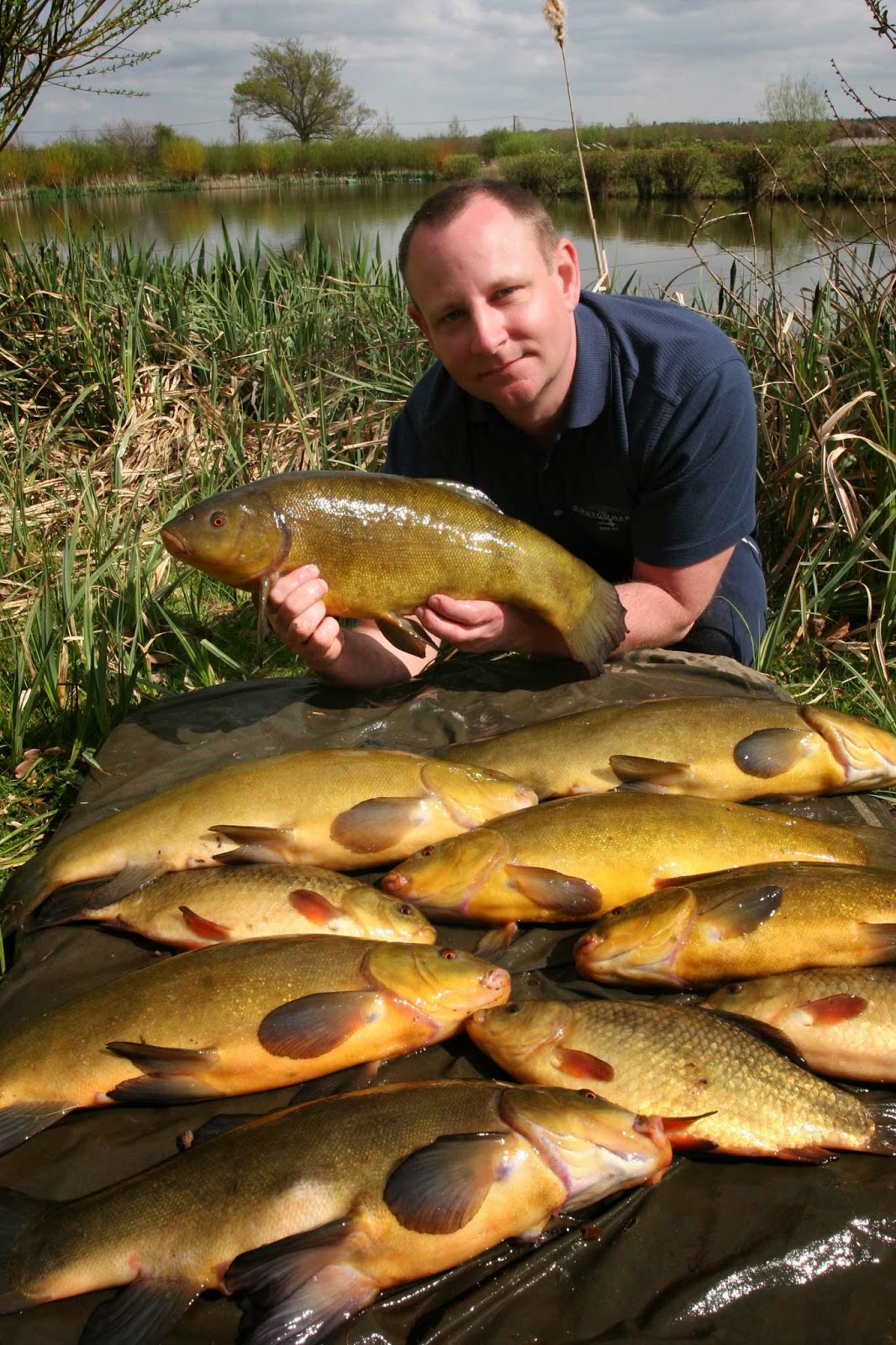 April brings with it longer warmer and often sunny days, yet at night time the temperature can drop dramatically often catching the angler out as they feel that summer has arrived and that the fish should be crawling up their rods. It’s these cold often frosty nights that stops things livening up to quick, however it’s also the wind direction that constantly changes that stops the fish from feeding. This week has been a prime example, however pick your venue and species wisely and bites should be forth coming.
Two customers that I have guided to successful days recently are Keith and Mark. I met Keith at the Big One in Farnborough and we agreed to head to Marsh Farms Harris Lake to try and outwit an early season crucian. Arriving early and using what I call ‘The Groundbait Lead’ in what were quite good conditions we picked our swim carefully then proceeded to catch ten quality tench plus a couple of crucians.

I get together with Mark a few times a year and he always wants to learn new tactics and with a Christmas present from his parents of two days fishing with myself. Having fished Frensham in the past and tried to perfect the art of using ‘The Helicopter Rig’ with mixed results, Mark wanted to get to grips with it, perfect the art of casting clipped up and hitting the same spot constantly well before the venue reopens in the summer. Knowing that I was catching loads of fish from FAS Badshot Lea we headed here on the first day and in far from ideal conditions landed more than 30 bream for a total weight well in excess of 200lb. I even fished alongside with pellet on the hair and caught as many as he did on the maggot so he managed to learn two tactics in just one day. Yesterday we headed to GAS Harris Lake as Mark had never caught a crucian carp. Instead of using my standard tactics we decided to fish the flat-bed feeder and whilst others around struggled for just the occasional fish, Mark landed more than fifteen tench to 6lb 2oz along with three crucians to 2lb 1oz.

It was also good to see another customer of mine putting what he had learnt with me a few weeks before into practice and was constantly catching on the opposite bank. Unfortunately for us all on the day it was just bream and the occasional small roach that showed and not the carp that Martin had taken on his first cast during our guided trip.

If you fancy a day out, learning different tactics then get in touch, let me know what you want to catch and I will do my best to find a venue and unlock its secrets.
Posted by Unknown at 04:30