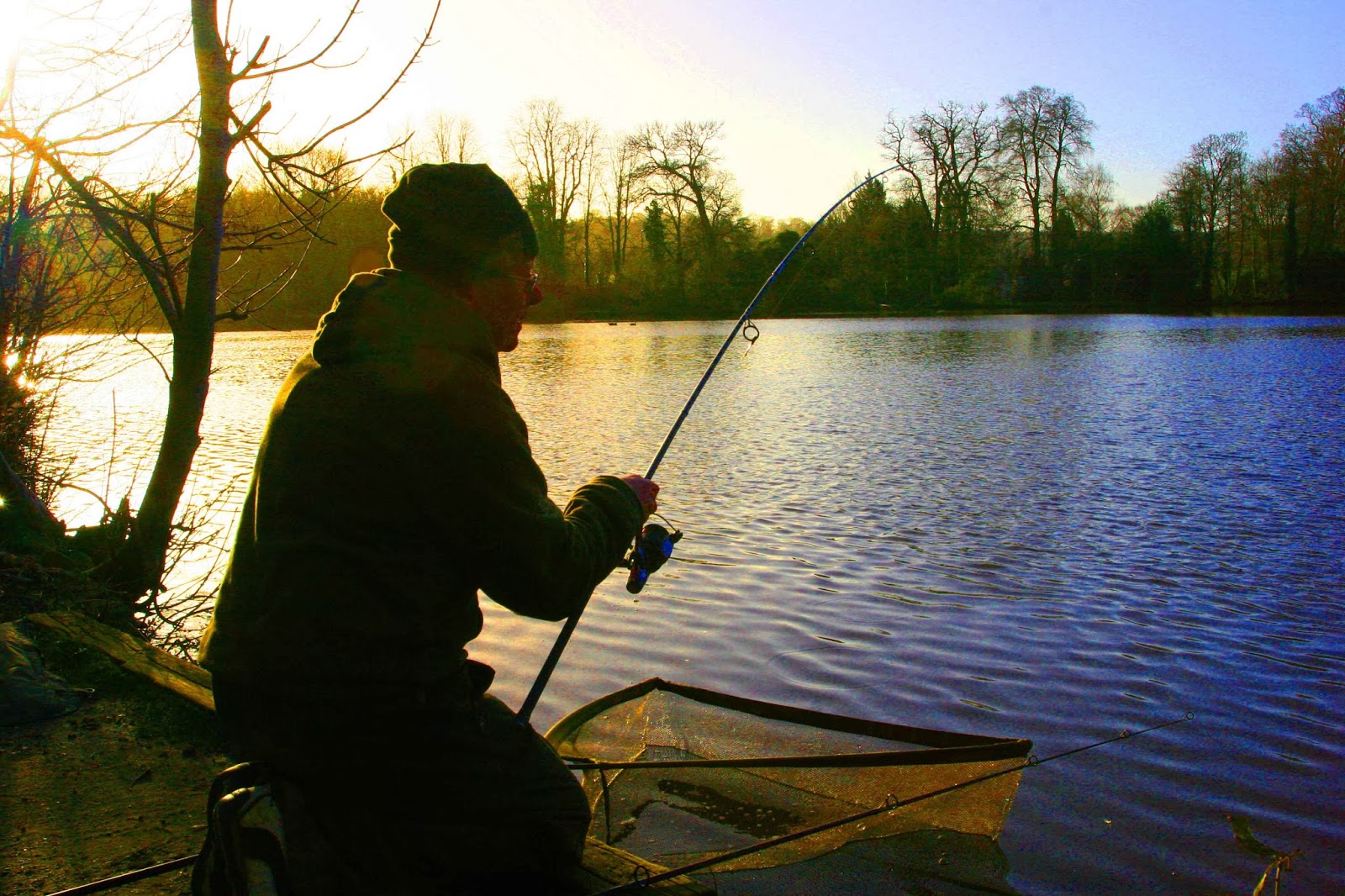 Well this month has followed on in the same format as January with the weather once again doing its best to make most anglers hang up their rods up till the spring, yet for myself I’ve luckily continued to dodge the downpours and place the net under a few specimens. To be honest it’s Friday the 28th February and for once I have to admit that after arriving at a fishery, simply took one look at it, knew that I wasn’t going to enjoy it and turned the car around. Just one look at the water clarity instantly told me that a blank was inevitable. I have to admit that this season I feel for the first time after fishing the lake for probably thirty years I can now claim to be in tune with it, well almost because next week it will almost certainly bite me on the bum! With the clarity wrong and a wind from the north, rain constantly falling and a temperature of just 4.5 degrees at 5pm, sometimes you just have to do the sensible thing and with a chesty cough that I cant shift finally threw in the towel! 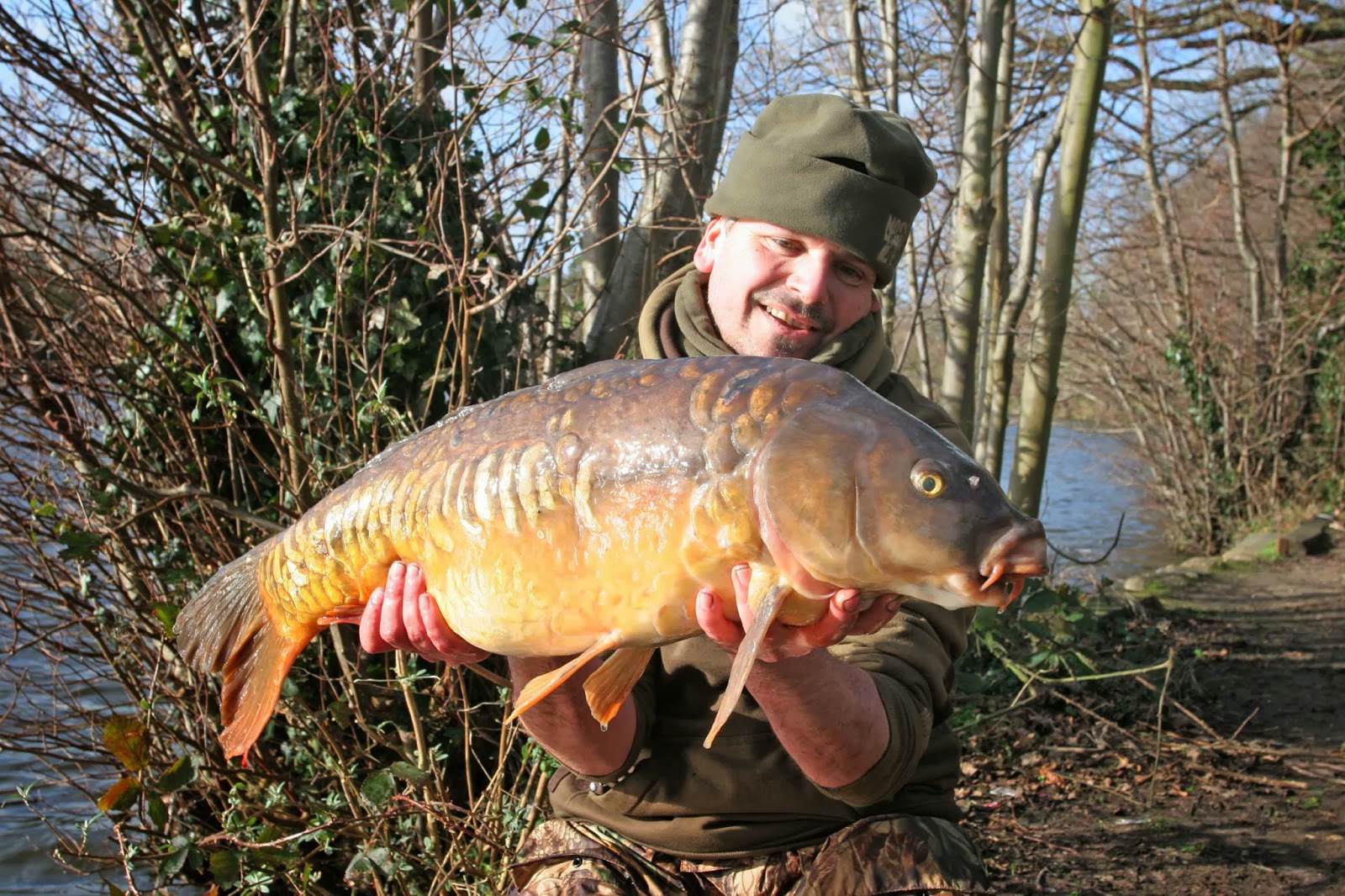 The daily inputs into the fishing diary continue to do its job, logging weather conditions, venues visited, type of visit, duration of session and off course fish caught and on what. Fifteen times I have found myself next to the water and these have been split between, guiding (1), features (1) and fishing for myself (13) along with two days spent attending the Nash stand at The Big One at Farnborough. One of the most rewarding parts of the show was when the Korum Consultant Team arrived at the doors and all, well nearly all, came up to see how I was doing. Thanks Chris, Dia, Ade and Adam it meant a lot to me. Inside the show was busy as usual and as always the Nash stand was ever so popular with the new Scope and Dwarf rods attracting loads of attention as was the new Instant Action bait range (if you like catching commons then get some Tandoori Spice boilies, you wont be disappointed). 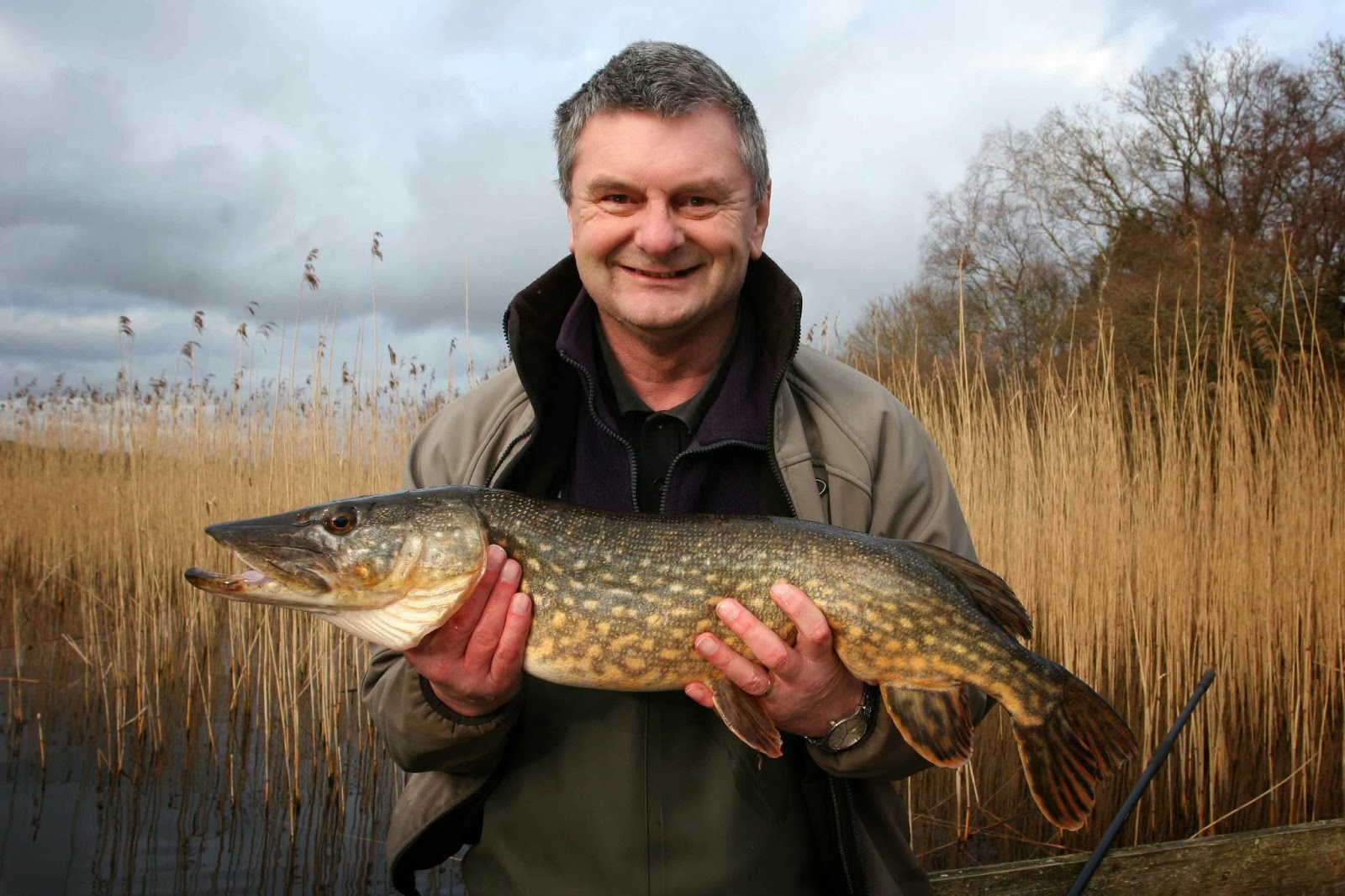 The guiding days have taken a bit of punishment this month, basically because all but one of the six days that were booked in had to be cancelled and rescheduled either due to the weather or the customer going down with man flu. The one occasion I did find myself helping an angler was on one of February’s better days. My customer Chris has like me drifted away for one reason and another from barbel and with the rivers in flood needed an alternative. He suggested pike and with a personal best of 12lb to beat created a difficult challenge. In short he received seven runs, five were missed due to not setting the hooks (it’s a learning curve), one weighed 9lb and the other was possibly a new personal best. In short on unhooking the pike I noticed the tail of a perch in the pikes throat and on pulling it regurgitated a headless and gutless perch that in its prime must have weighed around 1lb 8oz along with two large crayfish claws! Placing these on the mat I lifted the pike to take a reading of 11lb 15oz so quickly dropped the remains of the perch and crayfish and took a new reading of 12lb 9oz. Whether he’s accepted this as a new p.b I don’t know but it was a nice moment. Having all these cancellations rescheduled for March/April along with feature material already booked in next month is certainly going to be a busy one, lets just hope the weather improves.
As for the feature this was created for Anglers Mail, an Action Replay starring Chris Currie. If you are a club carper then keep an eye out for this one as it will teach you loads! Back in the office I looked at what writing I had done and it seems I’m ahead of myself after completing a number of European articles plus plenty of bits for Anglers Mail and Coarse Angling Today. 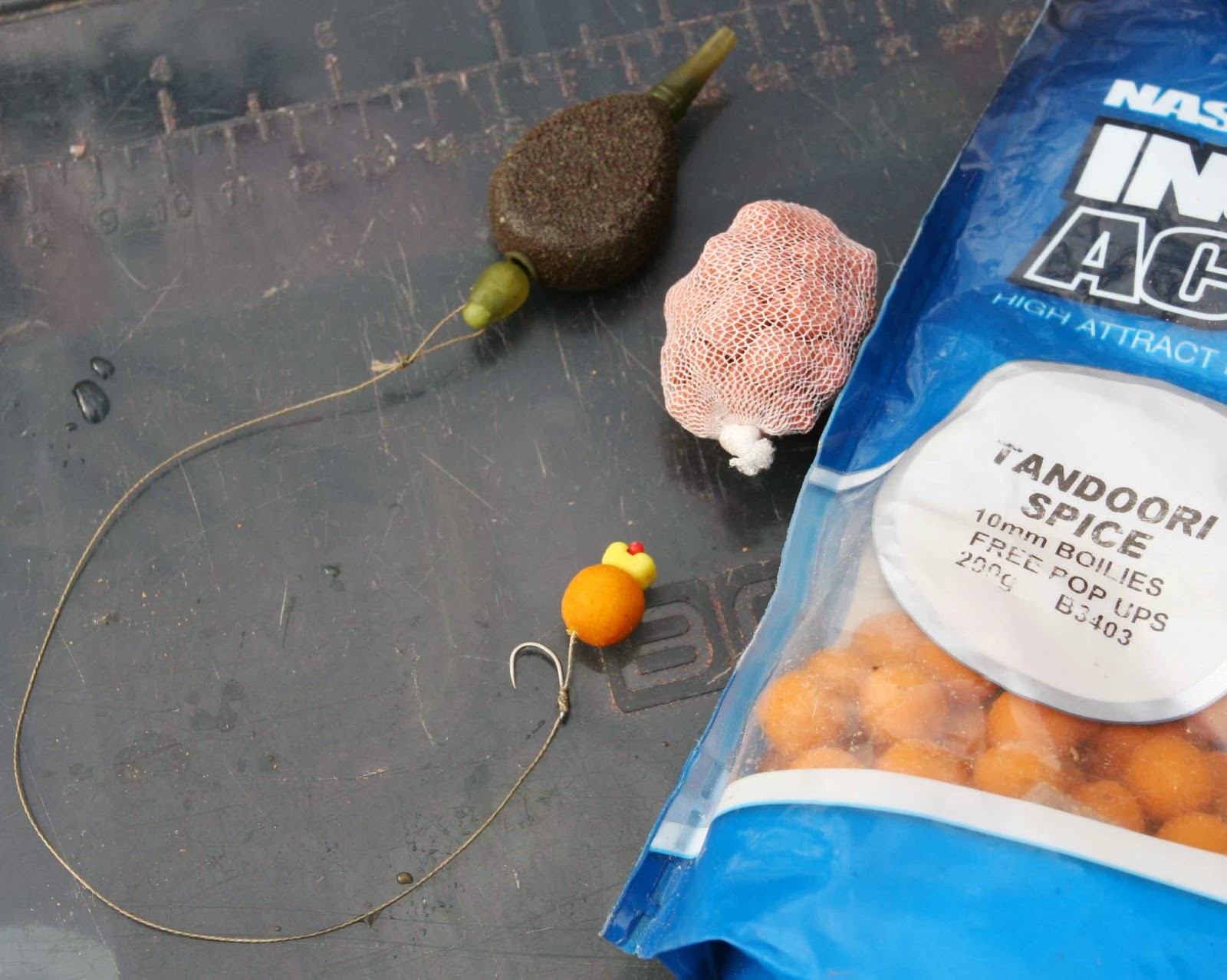 As for my own personal sessions these have mainly been campaign sessions targeting the rudd at Frensham (results soon to be revealed) yet I have been chucking a few boilies at carp and dropping a deadbait here and there and out of these visits have only blanked once. One session was at Broadwater Lake with my mate Chris. The fish were showing at distance, yet Chris was dropping short due to using 15lb line. Using 10lb line I was able to reach the fish and had taken a couple of early modest commons which have been becoming a bit of a joke of late, so when I received my third run I said to Chris, ‘you take that one, it will only be another little common’. I have to admit to feeling a little cheated when I was clicking away with the camera as he held up one of Broadwaters originals!
I was hoping to have a go on the rivers and bag myself a barbel/chub or two but it’s a sign of the times I'm afraid as on the one occasion I headed to running water, a Tuesday afternoon, six cars were already in the car park, so not for the first time this month turned the car around.
The barbel days on the river Wye this September are proving as popular as ever and days are fast running out so if you are interested then get in touch soon otherwise you will be disappointed.

One thing I have noticed this month is how quickly the nights are drawing out. The tench have responded to the lengthening days and started to show and the daytime temperature is on the increase. I wish I could confidently say spring is just around the corner, yet if I do this will only lead to more teeth marks on my arse I expect. 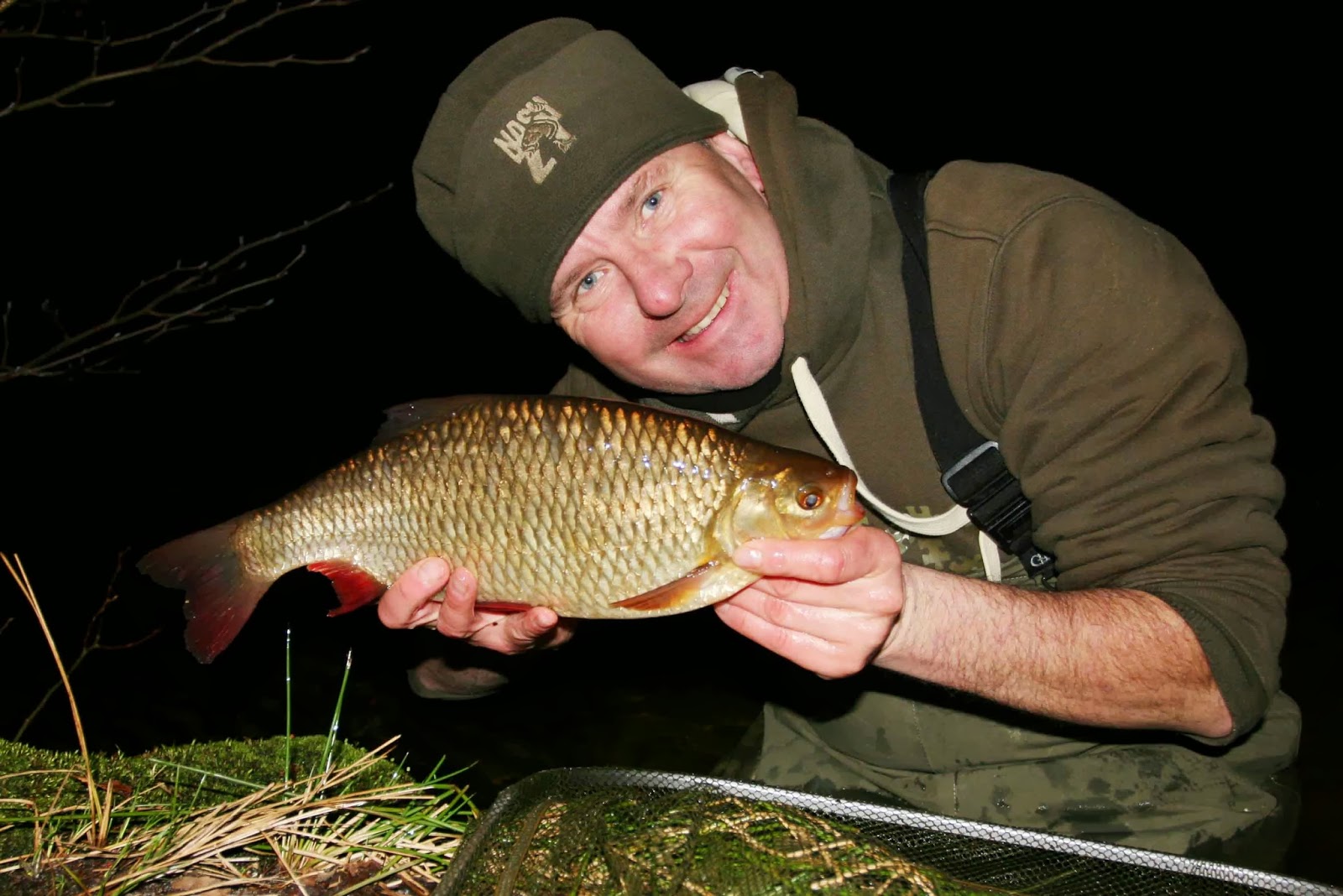 Although I’m not wishing my life away I’m sort of looking forward to completing the campaign sessions and get my teeth into something new. A few exploratory perch trips are on the cards in March. Carp and catfish will also feature and hopefully these trips will coincide with some sunshine, dryer nights and I will be able to get the bed chair and Groundhog shelter out and spend a few nights under the stars, something that I’m missing like hell.

Images –
1. Early morning action on Nash Scopes at Broadwater.
2. Top tip, don’t let a friend take a bite on your rods!
3. This 9lber was followed shortly with a personal best, I think!
4. If you want to catch lots of commons, get on the Tandoori Spice!
5. Another 10lb common!
6. Secrets revealed.
7. If you like a good read then theirs two books you need to buy, mine ‘Evolution of an Angler’ and Chris Currie’s ‘Finding the time to Catch’ both available from www.calmproductions.co.uk
Posted by Unknown at 12:41