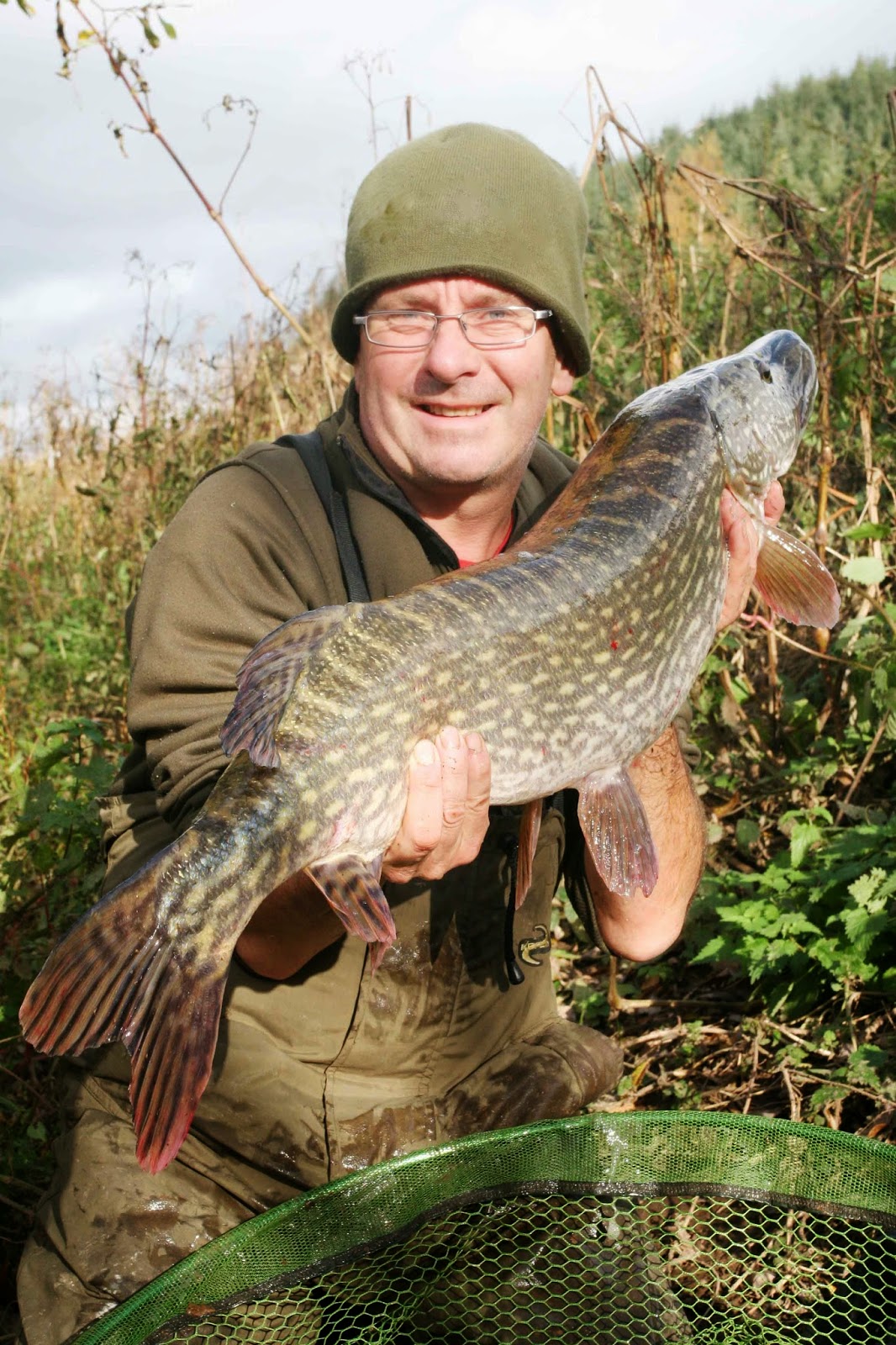 Running water pike tactics.
(This is the last pike article this season. Next month will see the start of a series of tench articles)

Apart from the vast reservoirs of this country where pike grow big on a diet of stocked trout, finding a stillwater that gives the pike angler the opportunity of catching a fish of a lifetime, a thirty pound pike, are few and far between. Getting the opportunity to fish these either comes at a cost or is more like winning the lottery, so the angler has to look elsewhere, and the type of venue that creates the best possibility now, are large rivers.
For most these are scary places as most struggle to read these and don’t have a clue where to start, yet as long as you stay mobile and look for obvious features then you cant go far wrong.

Features come in all shapes and sizes. Some are obvious to the eye, like bridges and fallen trees, yet others like slacks and creases are far harder to spot to an untrained eye. Let’s look at the obvious ones first. Cover is what’s needed for pike to ambush their natural food, live fish, however although a visual feature such as a bridge, fallen tree, moored boats even a weir or lock cutting may have everything going for it, unless it contains small fish, it’s unlikely to hold pike, so its these that have to be located first. Most winters, on large rivers that contain silver fish such as roach and dace will see a migration to deeper water, a safe haven for them with plenty of food to feed on before they get the urge to spawn in early spring and this migration won’t go unnoticed by the pike that will follow. The best ways to find out where these small fish hold up in is to either ask at a local tackle shop, walk the banks whilst a match is taking place and ask the anglers if they are receiving any predator problems or if neither of these are available, walk the banks at dawn and dusk looking for small fish dimpling the surface. Once the area where the small fish are has been located, all the angler needs to do is look for any marginal cover; it’s then almost guaranteed that these will hold not just one pike but plenty. These areas where the small fish hold up in are often within town or city centres as these areas offer cover and protection from other predators like cormorants as well as giving slightly warmer water temperatures than remote areas well out in the countryside. This is great for the pike angler as the need for long walks is removed, however this doesn’t mean being lazy, as the angler that keeps on the move, investigating every likely looking haunt will catch far more pike than the static angler.

If the stretch where the silver fish have migrated to is featureless then look at the stretch as a whole. If the flow has been pushed to one side then it has probably created an undercut bank, an area where pike can lay up waiting for a small fish to pass by. Silver fish will more often than not be in the slacker, deeper water, so look for a nice flat surface where the flow is slower or has almost stopped.
Having found the area where both pike and bait fish live, the next big problem is how to go about catching these, especially when it’s prohibited to use live fish, even dead natural baits. This is a situation that I have been faced with on the River Wye in the middle of the city of Hereford, and not being a lure angler, have had to think about my tactics and how to present a bait effectively. The two main bait fish found in the river are dace and roach so sea baits as close to these have to be used. Dace are long slender silver fish which are best match to a Smelt and for roach I use the biggest sprat I can find. Static baits positioned on the bottom of the river such as Herrings, Mackerel and Sardines are completely ignored, so a bait has to be positioned well up in the water, often just a couple of feet under the surface, however this creates major problems for most. Most anglers try placing a fish under a float and trotting this downstream, yet the way a bait sits often looks unnatural and the flow means that the bait is constantly towed into the margins. 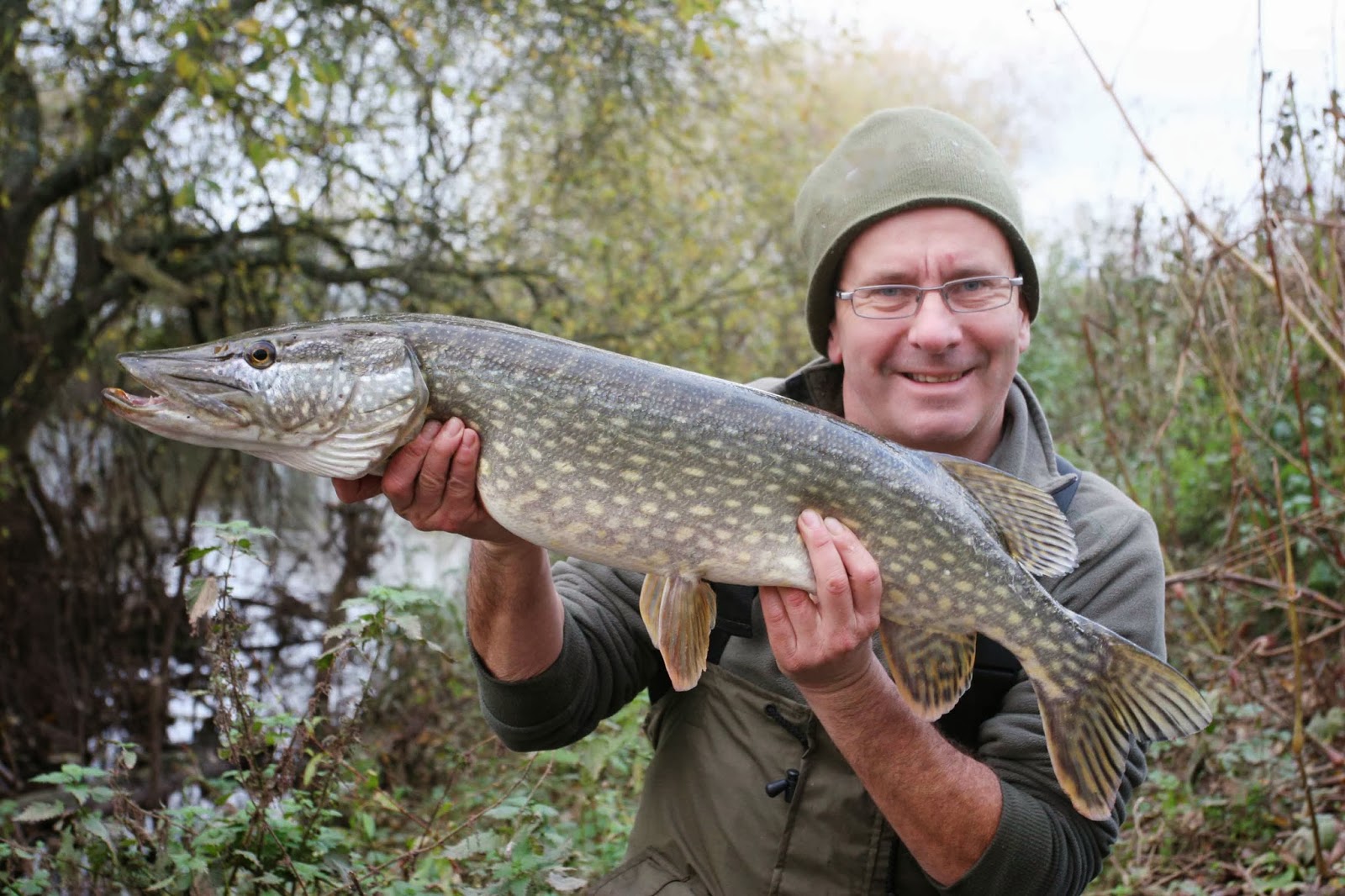 The solution that I have found works best is to use two contrasting methods alongside each other, tactics although different seem to compliment each other and create a consistent response. The first rod is rigged up using a sunken float and consists of a large sprat lip hooked using a single size 4 hook which is suspended approximately two thirds up in the water. The second rod is fished in a sink-and-draw fashion around and over the suspended sprat; however this time a smelt is used mounted on two size 10 semi-barbless trebles. Although smelt are quite tough I wind bait elastic around the trace as this stops the bait from flying off the hooks after continuous casting. Since using braid for eel fishing I have been converted to the same for pike fishing as bites are far easier spotted on the sunken float rig and striking out of the bait and setting hooks is far easier. As you can imagine the sunken float sprat although stationary is moving enticingly up and down in the flow and the smelt bought through the swim is also moving but in a completely differently way and its this combination of movements that the pike seem to be unable to resist. There’s no shy bites here just vicious full blooded hits on both rods and before they realise that the baits not what they are feeding on its too late. I could have used a float paternoster rig to place the sprat up in the water, however I have always been worried that there is a chance that the line from the float to the weight could be bitten through, so with pike conservation high on my agenda, avoid this rig at all costs, unless of course you are using an up trace, and even with the sunken float, that reduces this risk I will still always use a length of abrasion resistant braid between weight and float to eradicate this. 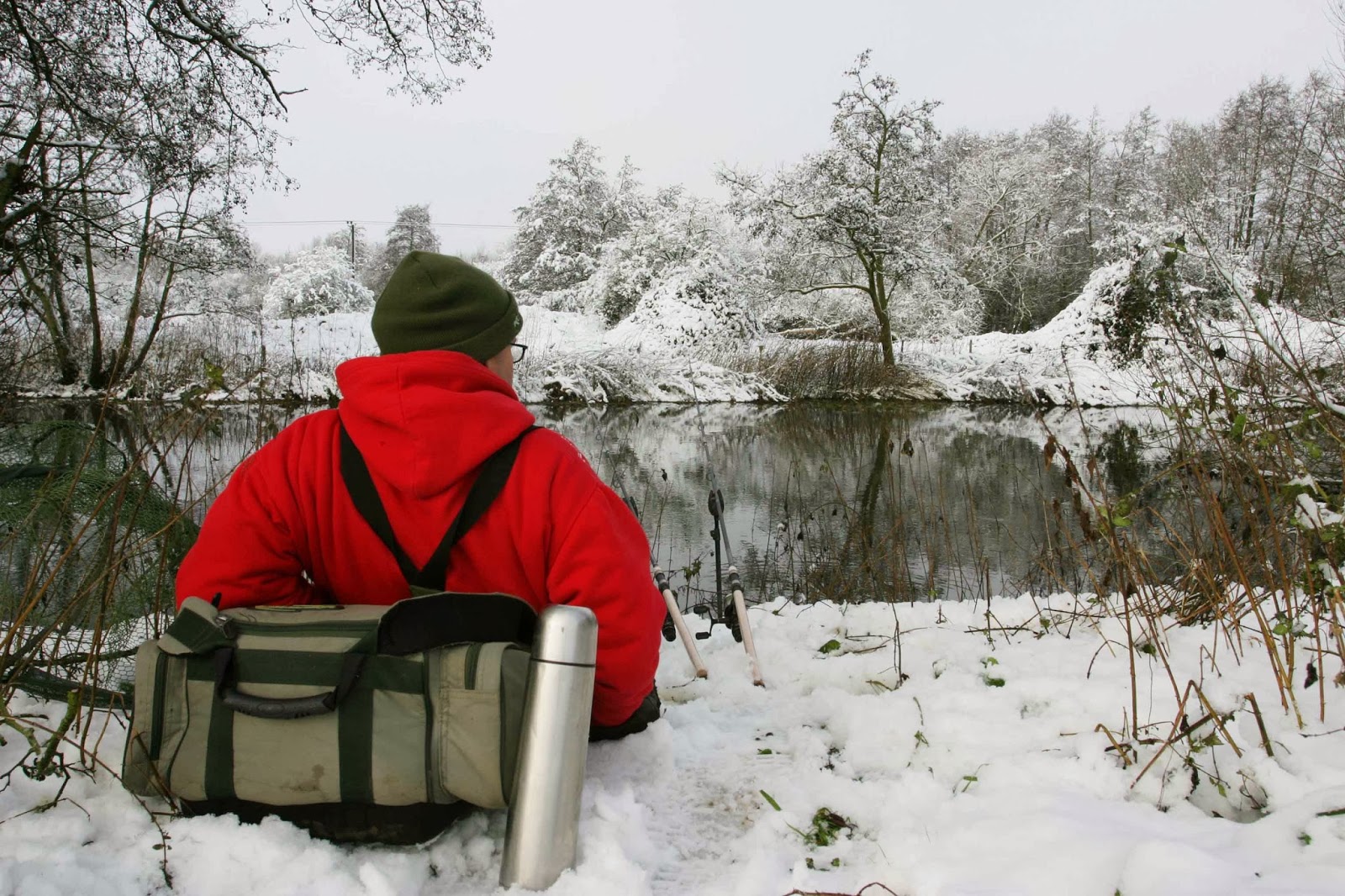 The fantastic situation with pike fishing on rivers and using this method is that if pike are in the swim and are hungry, you can expect a take very quickly. I have noticed that after casting out the sunken float and setting the drop of indicator, I then cast the smelt out using the sink and draw method only to turn the handle a couple of times before a pike hits this. It’s as if the sound of the first bait hitting the water alerts the pike, then the second splash along with the movement provokes an attack. Knowing this I now work on the principle that if I haven’t received any action after making a dozen casts around the sprat positioned on the sunken float I will move on. If I do catch then I will stay longer, and it’s often possible to catch three or four pike from the same swim before the action ceases. Such swims are worth visiting again at the end of the day; however it might mean using two sunken float set-ups and sitting it out for a couple of hours into darkness. 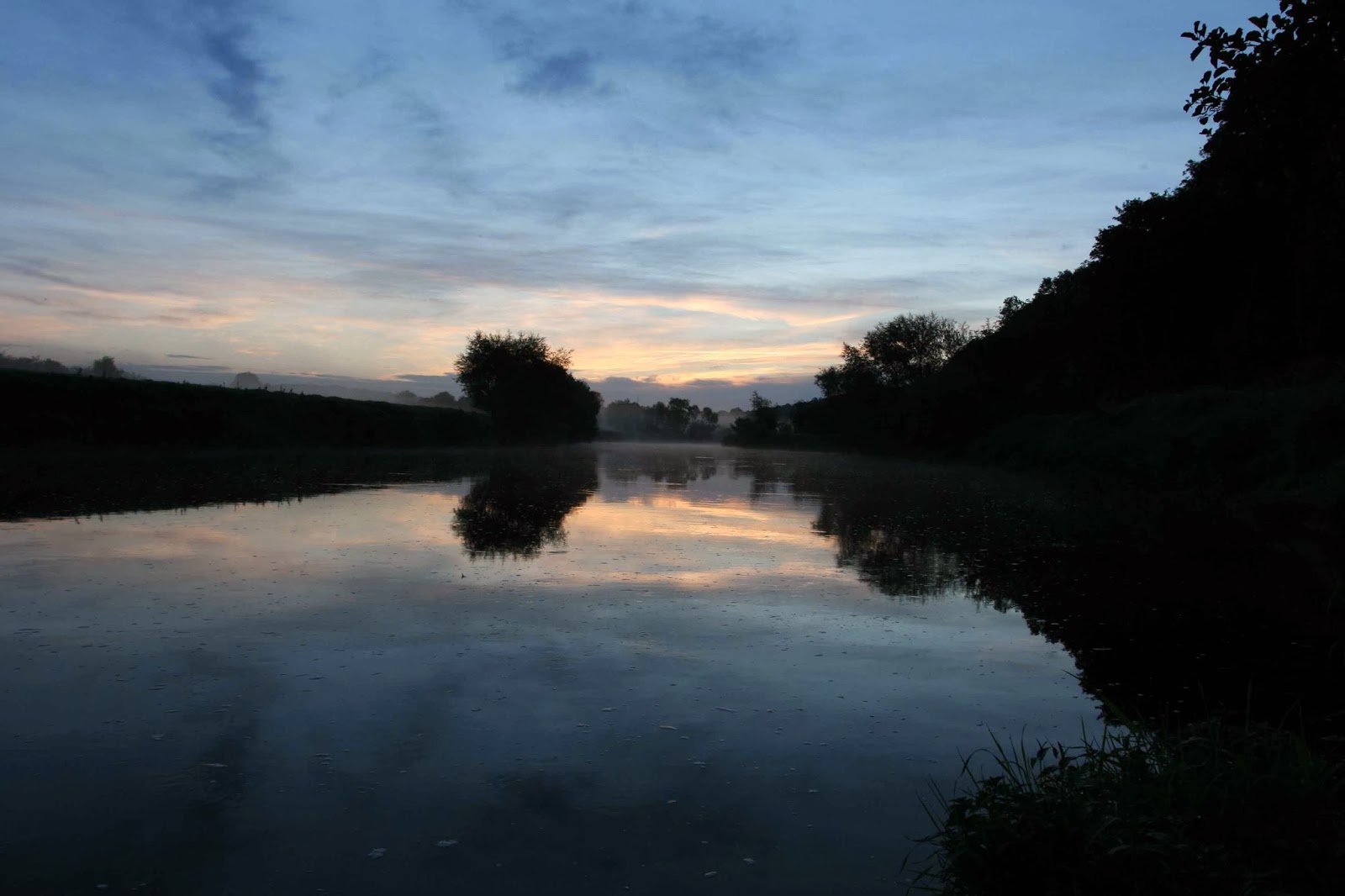 This method isn’t just effective, its fun, keeps you fit and allows the secrets of a stretch of river to be discovered in a relatively short space of time and after a hard days pike fishing in this manner and with a few good fish having graced the net I can assure you will be returning home a very confident and contented angler.