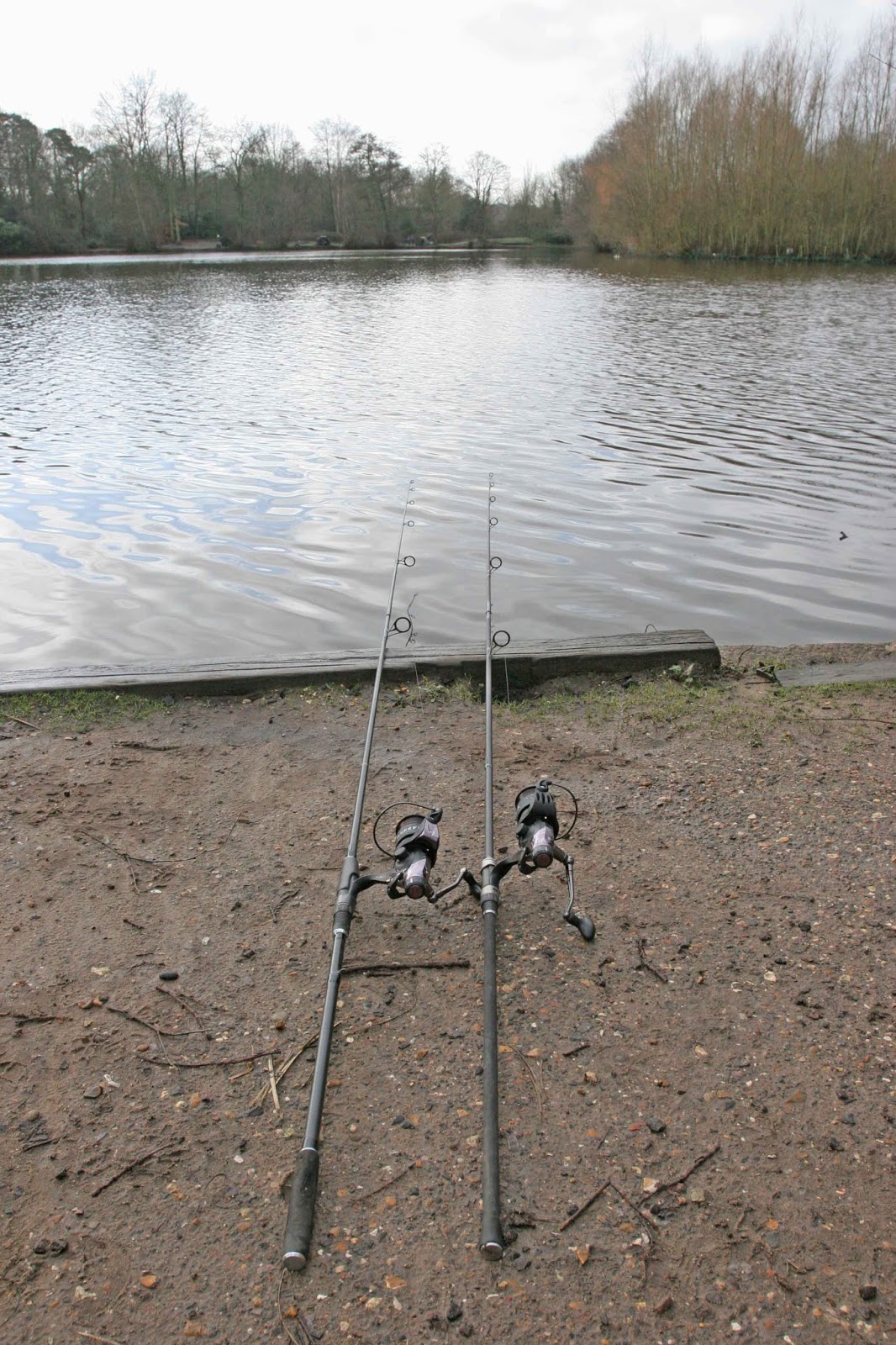 Sorry to create another ‘In Session’ with Duncan on the same venue, Broadwater, however its now becoming a joke on just how most anglers approach their sessions. Let me explain.
Arriving again slightly later than I would have liked due to dropping the girlfriend at work I found the lake slightly busier and as expected the ‘going swim’ The Oaks taken, however the double on the rugby bank facing the island surprisingly wasn’t. I almost did what I tell anglers not to do and head for this, yet having found the fish well away from the island a few days earlier thought that this would be as good a starting place as any, however the swim that I fished then was taken, as was one halfway along the road bank. I decided to drop into one also along the road bank yet with the lake completely flat and no fish showing I knew it would be tough to buy a bite. This is where an anglers eyes come into play and soon after setting up a carp lumped out just three rod lengths out to my right. It was this showing fish that I blame for making me sit in the swim too long. The rain that had been forecasted to start at 10am had also arrived early and without waterproofs and an umbrella it was a case of sitting it out. Luckily it wasn’t that bad but I did have to slap myself for not having any pre-tied PVA bags made up. 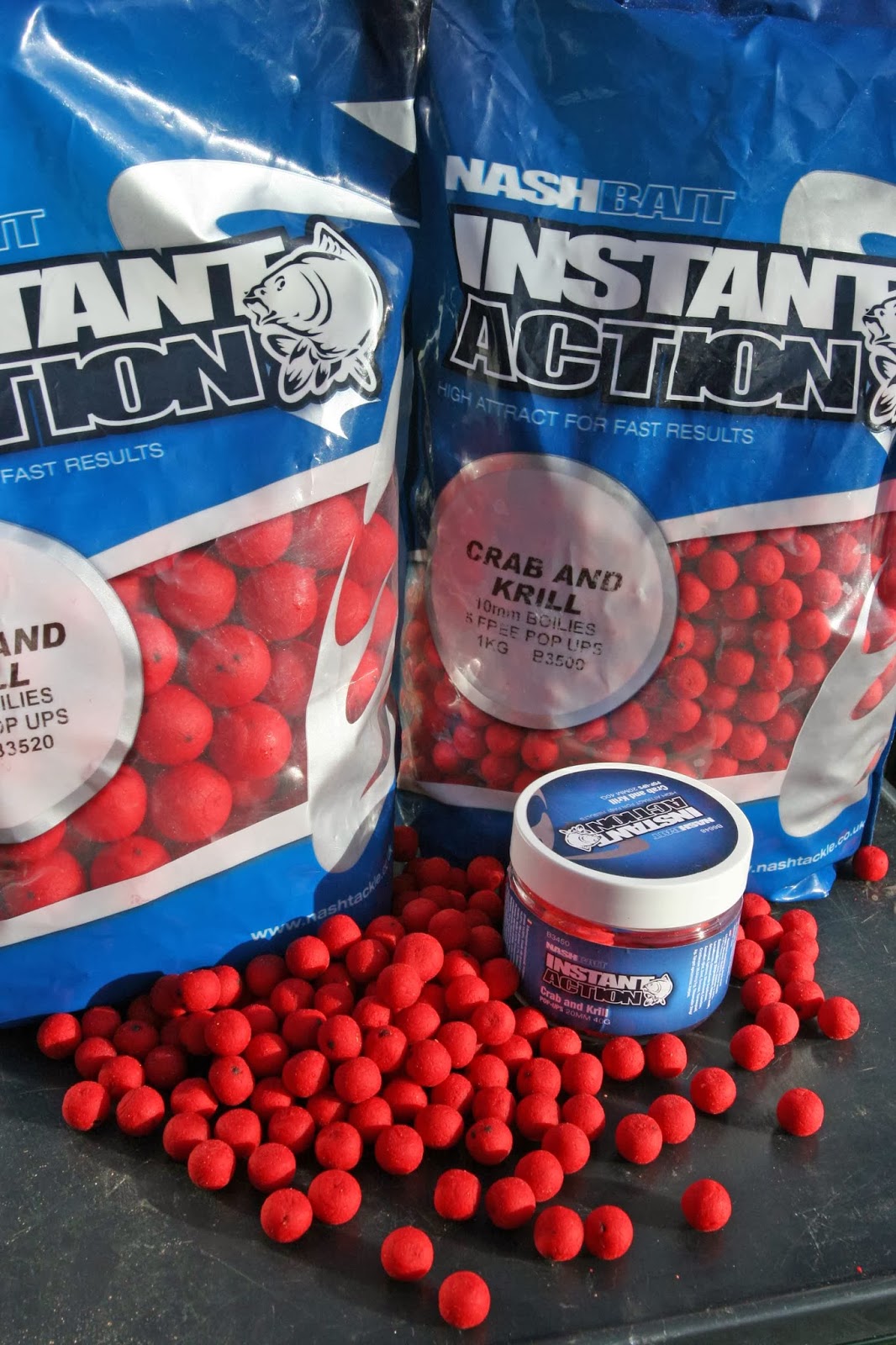 Looking out into the gloom a few carp started to show right on the corner of the island, yet with the angler to my left looking straight at them and the angler in the going swim able to cast almost to them all I could do was watch. The best part of two hours past when the wind created a ripple on the water and the showing fish slowly moved away from the island and towards the rugby bank. They were still out of casting distance from my position, yet I knew that if I moved to the rugby bank then I may just have a chance of getting a bite in the remaining half an hour.
As expected the double had gone, once again anglers that had missed these showing fish, so I set up so I could cast straight towards them. Fortunately I had already assumed that these fish maybe at distance and rigged up my 12ft Entity rods however with a small PVA bag attached I was still dropping a few yards short. It was simply a case of casting singles to the showing fish and crossing my fingers. Having just minutes before I had to leave I didn’t even place the rods on sticks and alarms, just placed them on the ground with the baitrunners on. Twenty minutes past and then the right hand rod springs into life. Whilst playing the carp I was aware that other anglers are watching, probably all wishing that they should have move, yet by not being lazy, using my eyes and moving to the fish I soon had a nice mid double resting in the net. 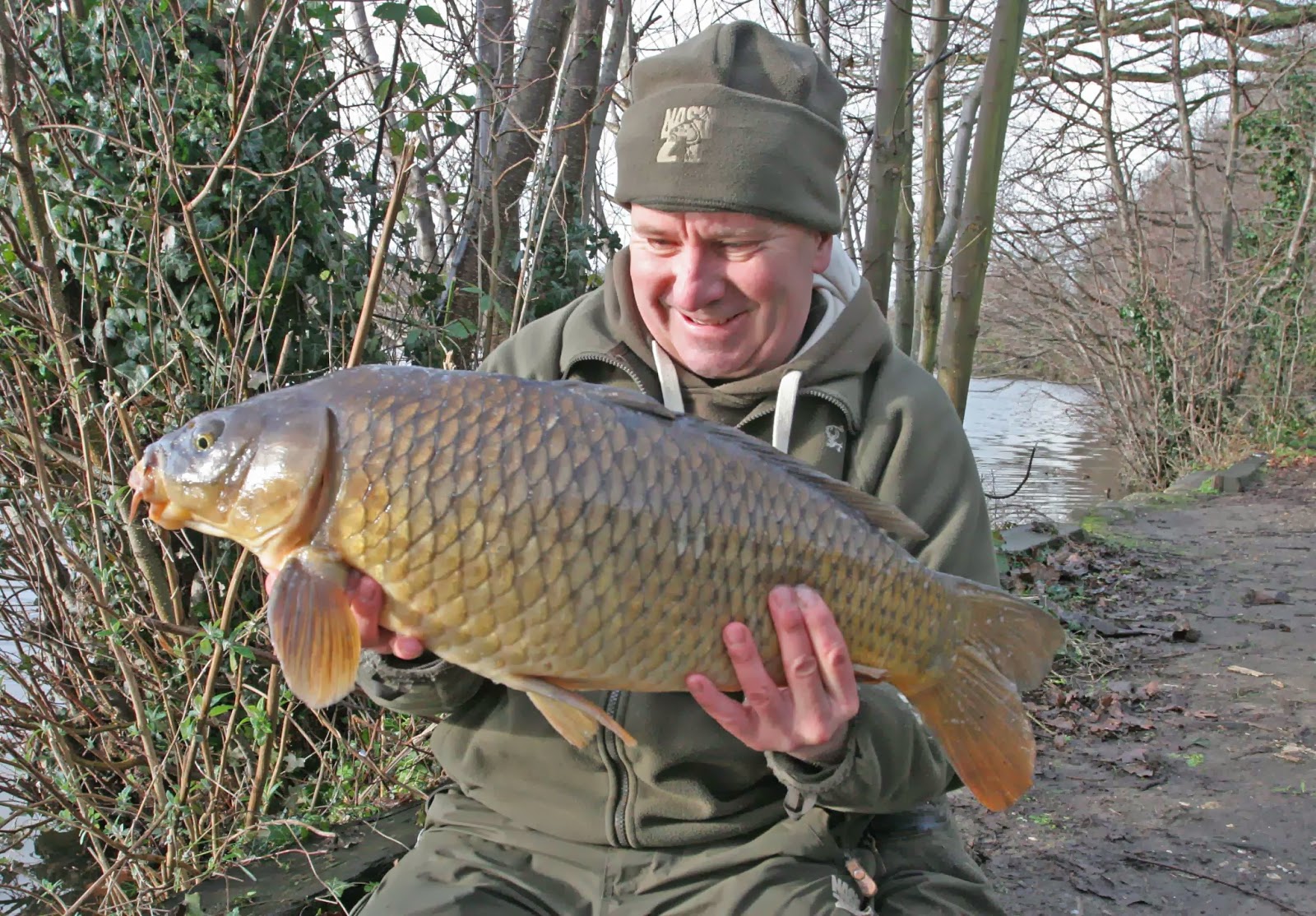 Five minutes later I was back in the car and heading home well happy with the result and questioning just why some anglers go fishing as for many that were fishing that morning, the chances of them catching was zero, they might as well gone and cast out on the rugby pitch!
I wonder if those other anglers that were watching moved, probably not!
Posted by Unknown at 04:00