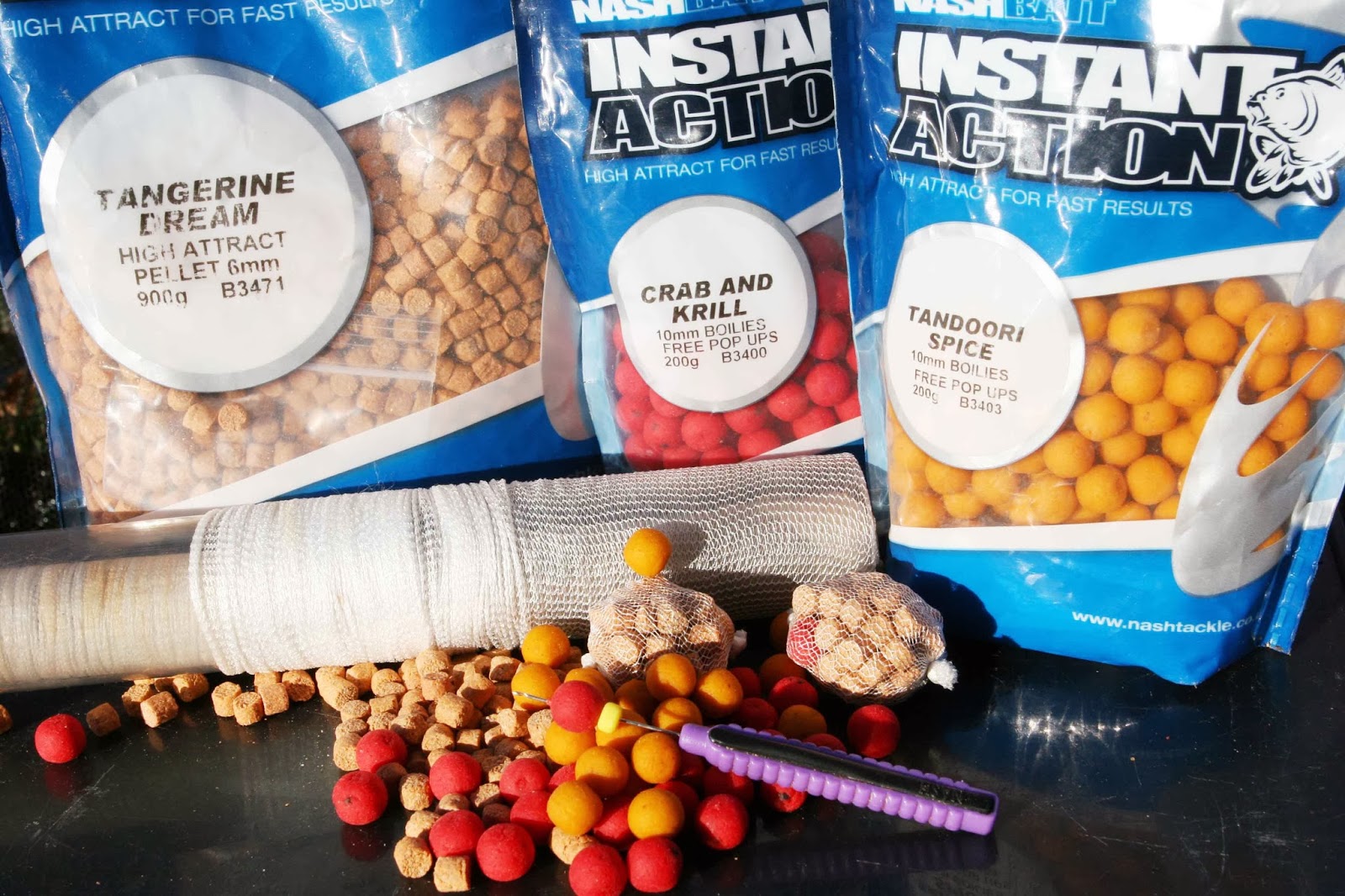 I’ve been eager to get out and put a couple of the new Nash Scope rods through their paces ever since Alan Blair sent me a couple a few weeks ago, yet having my teeth into a campaign elsewhere had somewhat distracted me from such a session, however with a couple of hours free on Sunday morning I decided it was time to try.
Dropping the girlfriend of a work at 7am I arrived slightly later than would have normally, yet knowing that Broadwater is very much a morning water still felt that I had a chance, that was if I could locate the fish quickly. Their were a few cars in the car park on arrival, not surprising as it was one of the rare occasions that it wasn’t blowing a hooligan or raining. In fact it was a great morning for fishing, but not ideal for catching with hardly any wind, bright blue cloudless skies and a temperature of just 4.5degrees.

Two anglers were set up right in front of the car park and as I headed past one said hello, so I then asked two very important questions, ‘any luck’ and ‘seen any fish moving’? He replied that they had fished all night, caught just one carp and hadn’t seen anything, great, not a lot to be going on with. Walking down the bank I had only passed three swims, probably no more than fifty yards, when out in front of me a big mirror showed its head and shoulders quickly followed by a small common. Leaving tackle on show in the car is something that has always played on my mind, yet the new Nash Scope rods pack away, even when made up, to just 3.75feet so anyone that does short after or before work sessions and need to safely store tackle out of site really need to get a pair of these! Having found the fish I headed back to the car to collect the tackle, worried that the two anglers that had arrived just before me and were loading their trolley would notice these fish and drop into the swim, yet amazingly they walked straight passed not once looking out across the lake, obviously already having a swim on their mind, probably a decision made before leaving home! 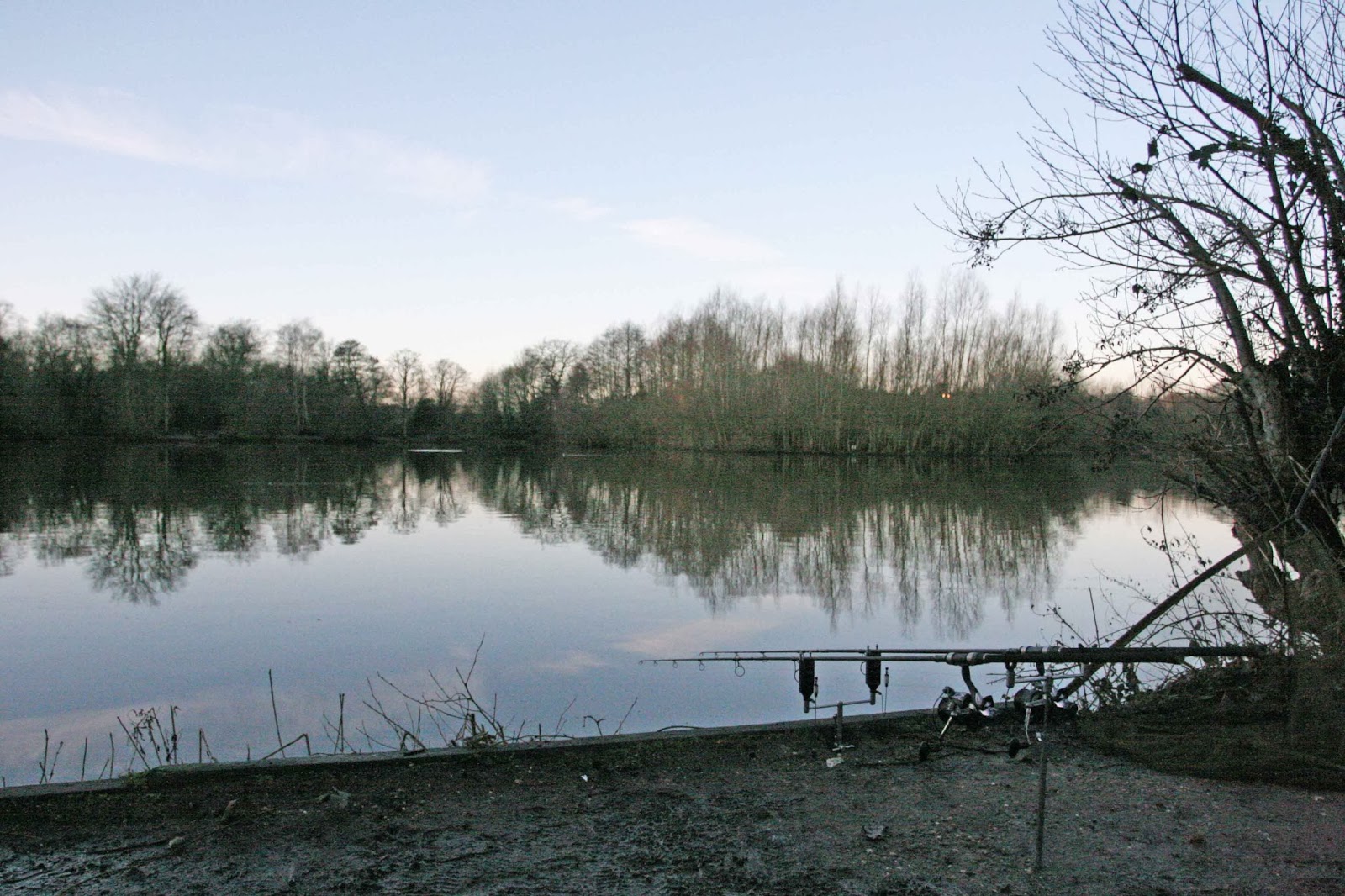 Two other anglers had arrived earlier and I wasn’t surprised to see they had taken what are generally considered as two of the best swims. This maybe true in the summer yet with carp shoaling tightly in the winter, being stereotyped into swim choice before leaving home will cost you dearly. For me, I don’t care what swim I fish, more important is that the swim has fish in front of it, and mine did.
Having made a few very small PVA Bags up the night before, ones that contained just twenty four Nash 6mm High Attract Tangerine Dream Pellets plus a couple of hookbait samples in the form of the new Nash flavoured 10mm boilies, it was simply a case of attaching one to each rod and casting these out in the general direction of the showing fish. This gave me time to get the swim organised, however the hope of a quick, first cast bite didn’t come. With sticks, alarms, net and mat positioned it was time to wind one of the rods in attach another PVA Bag and wait for a fish to show before casting this as close to it as possible. With the carp showing at around 60 yards I initially thought that they were out of casting range as the Scope rods I was using are just nine foot long, yet quickly changing the 1.5oz inline lead to a 2oz I was easily able to hit the distance.

I had already decided to cast both rods every twenty minutes and it was soon after the third cast that the left hand rod roared off and after a slow plodding fight that had me fooled I’d hooked a very big fish a double figured common graced my net. Both rods were refreshed and recast and I looked around amazed as other anglers sat motionless, not even recasting on a regular basis or more surprisingly moving so they could get a bait close to where the fish were. The first fish came on a 10mm Crab and Krill 10mm boilie tipped with a small buoyant sight stop, fished next to a barbless size 12 hook which was attached to a new, soon to be released ten inch Nash 15lb hooklink material. I was wondering if that first fish was just a lucky carp yet ten minutes later the rod with the 10mm Tandoori Spice boilie produces a common around 6lb. 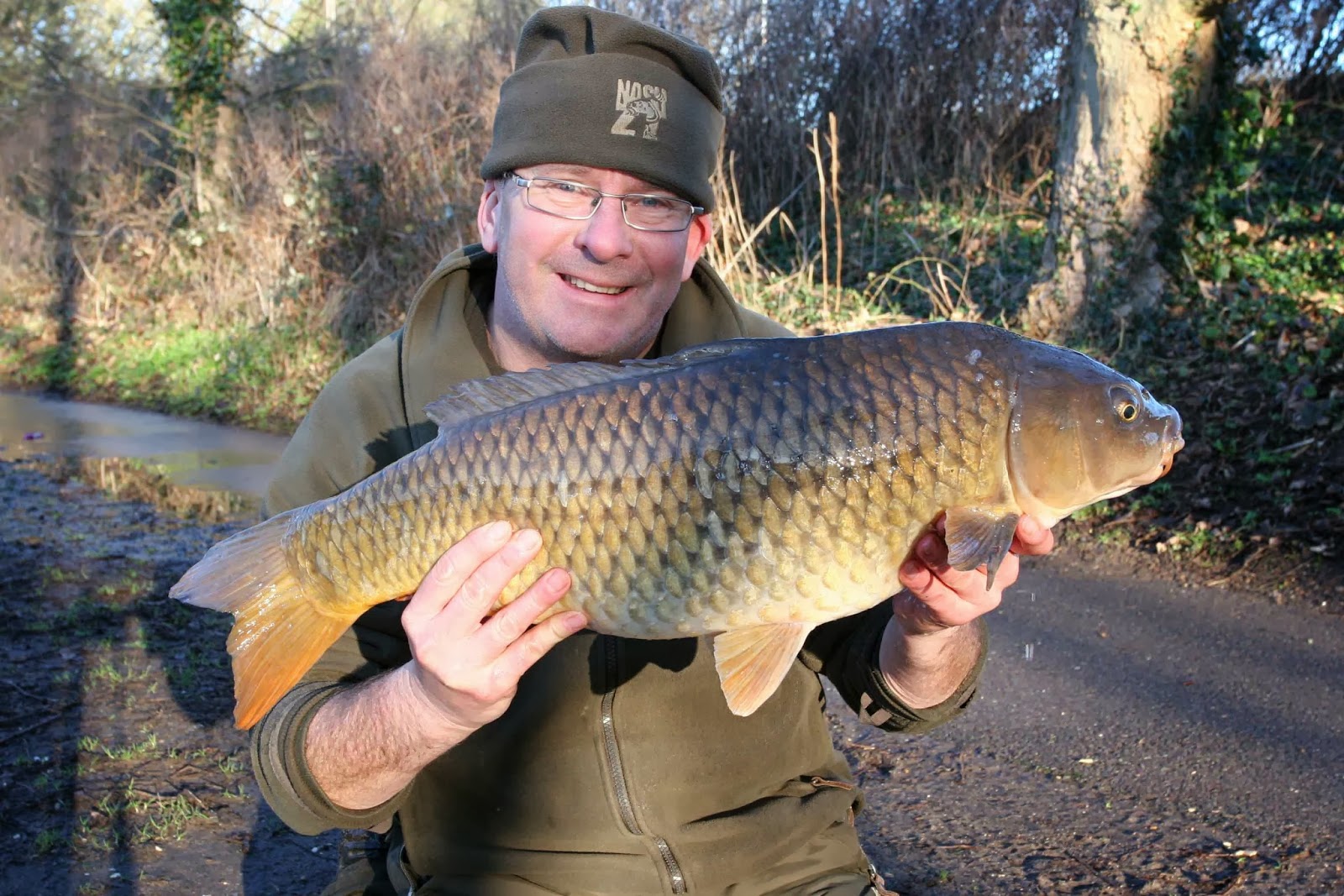 Twenty minutes later I was packed away, having fished just two hours, and heading home as the last thing I wanted was to draw to much attention to myself or more importantly where the fish were, as soon as the weather looks better for catching I will be back, full of confidence and looking to bag one of the lakes big commons.

The heading ‘Find Time’ means basically that the most important factor when targeting carp in the winter (sorry at anytime of the year) is to locate them, and then you need to fish for them at the right time, in this case the morning!