Single Hooks and pre-baiting -The way forward for Pike. 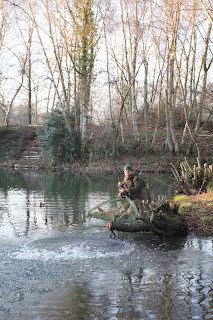 Too many, pike fishing is all about arriving at a venue, casting two deadbaits out then sitting behind motionless rods in the hope that one will spring into life. Sometimes it does, however long periods of time are spent waiting, yet having fished for most other species over the years I have learnt that by putting in some groundwork I can stack the odds in my favour of getting constant action to my rods. 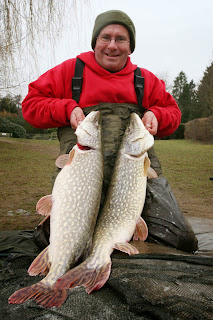 How do I do this, well let’s look at it like this. If I were going bream, carp or tench fishing then I would rarely, if ever, cast a single hookbait out then sit and await events to unfold. Why because it probably wouldn’t happen for many an hour, but this is in theory what I use to do, and many others still do when casting a deadbait out. Why did I ever treat pike, zander and eels so different to species such as bream? Maybe its because we take it for granted that other species are shoal fish and a shoal of fish need to be attracted and once feeding kept for as long as possible within the swim, yet zander, eels and pike also hunt in groups, so pre-baiting or introducing some attractants around the hookbait has to work in an anglers favour, albeit on a scale that wont do the opposite and overfeed your intended target or leave bits of fish decaying on the bottom.
Fishing for other species has always meant baiting up, whether prior to getting my rods out or over a period of days, sometimes weeks and now I treat predators, especially pike with exactly the same mental attitude. The easiest way of understanding how certain species can be educated into feeding on certain baits, at certain times, can be seen with catfish as if the water is heavily carp fished and has lots of pellets going in, then catfish will take the easy option, stop exerting loads of energy chasing live fish and simply gorge themselves on this protein rich diet.

Pike can be educated, just like catfish into feeding on certain food items simply by introducing a food source on a little and often basis and ensuring that the bait is deposited in the same spot at roughly the same time on every visit, however this doesn’t mean cutting ten mackerel in half and throwing them into a lake, a much more subtle approach needs to be introduced.
Obviously an angler needs a starting point when pre-baiting for pike and this baiting approach seems to work better on venues with a good head of pike, rather than one that might just contain a couple of very large fish. The chosen swim maybe one that they have caught from before, seen another angler catch from or witnessed pike chasing fry, however if you have no clues then try and pick an area where pike can be drawn from lots of different directions.
Before discussing what I introduce into the venue its worth mentioning that myself and plenty of other well respected pike anglers, as well as some predator venues are changing over from snap-tackle (two-treble traces) to smaller safer barbless single hook rigs with small baits hair-rigged. Wires available for pike fishing have moved on tremendously over the past decade and some are so good that they act more like braid and allow for numerous captures to be taken before they need to be change. These wires, like the titanium versions don’t come cheaply but the initial outlay will repay you over and over again as they last forever. Obviously the size of hook needs to be matched with the size of bait but its amazing how big pike will pick up relatively small objects once they have been educated to feeding on them and I have never had the need to use a hook bigger than a size two with size six and eights more commonplace. The fantastic advantage of using these small baits is that whilst educating pike into the swim and feed on them, other species will also switch on to them. I remember one session when I landed eighteen fish including pike, zander, carp and bream and have caught barbel of sardine sections in the depth of winter. Obviously the other great advantage of single hooks is fish welfare and rarely is a run missed, even when striking immediately. On most occasions the hook lodges within the scissors of the fishes mouth and can be removed without forceps, however if a fish is deep hooked, removing a single barbless hook will be far easier than a set of trebles. Don’t ever delay the strike as if a pike picks up your bait whether it be a section of sardine or kebab style set up then the odds of this and the hook being in its mouth are extremely high. 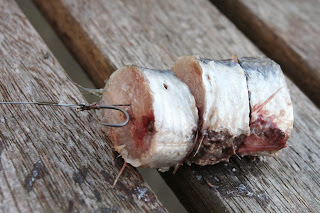 To get the best from a swim then you need to be disciplined in how much, when, and how often you introduce bait. It doesn’t matter what you introduce, however if I were to fish a venue where the pike had a preference for naturals then this is what I would introduce, the same goes for if the venue’s pike preferred sardine, mackerel or something else, however cost needs to be thought of as well as availability of bait. I have always loved sardines and have struggled to find a venue that doesn’t respond to them, they are also relatively cheap from a supermarket. My pre-bait would consist of around half a dozen sardines, four of which are cut into fine sections around the size of your fingernail then the remainder cut into sections which will mimic my hookbait. I also add some dead maggots to attract fry, a teaspoon of salt (beats any expensive manufactured product) and a good helping of salmon oil. This may not seem a lot but introduce accurately into a swim will introduce loads of attractants and draw fish in from great distances. I use a Spomb to introduce this mix but if you don’t own one of these then the fish mix can be added to some groundbait, mixed into balls and catapulted into the swim. The few larger items of fish will eventually get the fish competing, looking for more, and after this concoction has been introduced over a period of time you can expect the action to be instant. The longer that you can bait up for then the better the results will be when you come to fish the swim, however once I have fished the swim and caught then I wouldn’t keep hammering it, preferring to start baiting again and leave for a week or so. If you are doing this on a couple of venues or in different swims on the same venue then you can skip between the two. How often and when will I bait up? 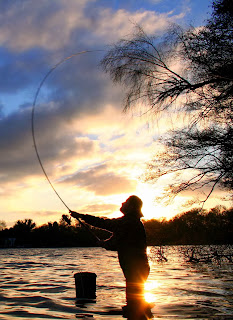 If I could bait up every other day and at the same time I would but sometimes this isn’t possible however I would never let the swim go more than three days without being topped up. Something that I have had happen is other anglers dropping in on my hard work, so all my pre-baiting is done at dusk, or just into darkness as this will go unnoticed by other anglers as well as the wildfowl that have a tendency of picking the baits up if done in daylight. On some waters the pike will become nocturnal due to these introductions, on others thou they will feed at dawn, so you will need to fish both to find their preference and on the day of fishing I wont introduce any free offerings as I’m expecting the pike to be waiting for food and grab my hookbait straight away.
Well there you have it, we fish for carp, bream, tench, almost every species in a similar way so theirs absolutely no reason why pike should be looked at differently. Give it a go you will be pleasantly surprised.