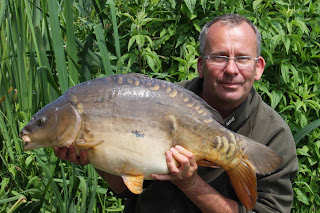 A hot and busy weekend as I was attending my first Nash Tackle Roadshow that was being held at Broadlands Fishery in Hampshire. With the temperatures reaching almost thirty degrees catching off the bottom during daylight was always going to prove hard so the floater gear was packed just in case they showed interest in the odd floater. 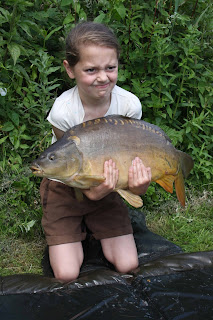 Arriving early Saturday morning, first job was to unload the tackle to be shown before setting up some gear so myself and Stuart Jupp could do a few tackle/tactic demonstrations. The bottom baits produced a few small bream early on but as the sun and temperatures rose so did the carp. Setting up a prototype Peg One lightweight carp combo rod, and with few if any snags nearby, a reel loaded with just 6lb mainline we scaled things right down with a small size 14mm barbless hook and low diameter 6lb hooklink along with a controller float. It wasn’t long before a few carp showed some interest and shortly afterwards the fist carp of around 10lb was landed. A couple more smaller carp followed before I hooked what felt like a much better fish and my instincts were right as a 21lb 8oz soon graced the net, however it was Stuart who stole the show with an immaculate dark mirror of 22lb 8oz. The carp boys also managed a few with the bailiff’s daughter, Sky managing a mid double; however the scaled down rigs proved superior in terms of size and numbers. Saturday proved to be the busiest day and coincided with a carp championship qualifier; however come Sunday it seemed that everyone had either headed to the seaside or stayed in to watch the final of Wimbledon.
I have to say a big thank you to the Nash guys who made me feel extremely welcome over the weekend and I’m looking forward to the next Roadshow. Keep an eye out for future dates and if you have a weekend free come down as it’s a great event with plenty going on. 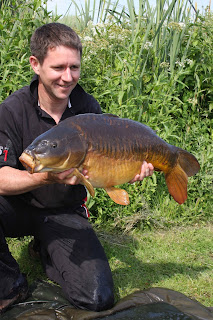 Monday dawned hot again and I needed to get on top of things such as weekly blog, diary updates plus a host of other items, so it was well into the afternoon that I finally managed to get out of the office and sort out the Thames carp gear. I didn’t see any point in arriving till late as if any action was received it would surely be after dark. Targeting a different section to last week, below a lock cutting and weir we arrived to find people everywhere enjoying the sun and some jumping of the bridge that we had initially wanted to fish under. Finally we set up around two hundred yards downstream and with all rods out finally settled down for a comfortable night under the stars. My mate Chris had bought the bait for the trip and by the time I had finished spombing found my hands to be bright red due to loads of robin-red and colouring in the pellets, so if anyone catches a carp in the middle reaches of the Thames that looks as if its wearing lipstick, then you know why! Unfortunately, once again the carp weren’t anywhere to be found and just one spawned up bream came during the night. 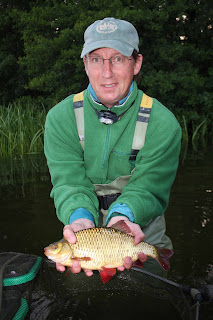 I didn’t see the point of staying late and then fighting the traffic so come 6am I was away and back at home in double quick time which allowed for a couple of hours shut-eye before the phone started ringing. With a customer booked in for a spot of after dark waggler fishing at Frensham and a day with Roy Westwood to create some images for future Anglers Mail questions and answers the day was spent organising kit before heading of to Frensham. Arriving at 4pm I was surprised to see so few anglers around the lake, sixty acres almost to my self! Adrian arrived shortly afterwards and with an easterly wind blowing decided to fish the tow path bank. Our aim was to catch big rudd on the float and maggot but it soon became obvious we had a slight problem as there’s been an explosion of tiny perch, even at distance. Undeterred we soldiered on and finally Adrian connected with a good rudd which weighed 1lb 14oz. We fished till around 10.30pm when it was obvious that it wasn’t to be a red-letter day, yet in between the small perch and rudd the odd better fish came and our tally was three good rudd, three good perch and two lost tench.
It was gone midnight when I finally turned in and with the alarm set at 5.45am I awoke totally knackered. Today was to be spent creating a few new library images with Roy Westwood and Anglers Mail and although we had all day, luckily we both got on with the job in hand, Roy taking images and myself catching a few fish on bread under a stick float that consisted of trout, dace and chub and come 11am we had things sorted. 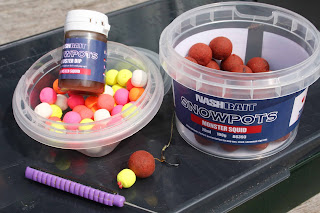 Thursday morning started with a round of golf with my mum and it looks like my games coming back as I finished the nine hole course in just 38 shots, that’s just seven shots over and taking into consideration I took seven on one hole it could have been so much better. Back at home I spent a few hours writing the words for the pictures taken on Wednesday before getting my tackle ready for another Thames trip and by 8pm myself and Chris were set up once more in a new area, one with a track record that produced a thirty for me some years ago. As darkness fell a couple of bream found my 15/10mm snowman bait so on went the 20/15mm baits which quietened things down. If you want to make fuss free perfect snowman bait setups along with a glug to match then The Nash Snowpots are the perfect solution. In fact it was so quiet that only two bleeps came my way with Chris hooking a loosing a fish in the night that felt like a bream. Next trip I am going to persist with the smaller baits, that is until six bream have found my baits then switch over if needed as well as recasting the baits every four hours, yet with hardly any weed and clean gravel in most swims I’m not sure this will make too much difference as all our baits have been coming back clean. Back at home the afternoon was spent creating a final article on tench fishing for CAT.
Posted by Unknown at 04:00