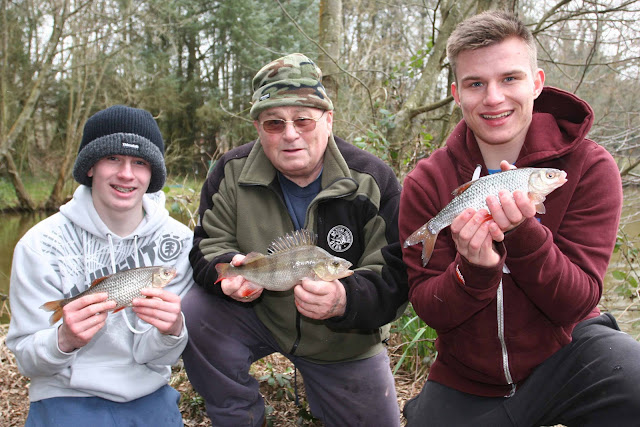 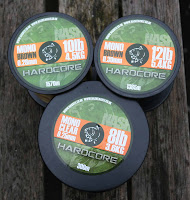 Most anglers look forward to bank holidays yet I rarely fish on weekends or bank holidays as these are spent with the girlfriend, so for me it throws my whole week into disarray. I did spend a few hours over the four day weekend preparing my tench tackle for a campaign soon to commence yet even this preparation has been slow in completing due to the weather conditions and the start of this, at least a week, if nor more away from getting underway. One of the main jobs though was to load reels up with new line. Choice of line hasn’t been a problem, yet reels have been as although I have plenty, most are from my previous sponsor, reels that I have to say don’t really hit the mark when it comes to reliability. I was going to give them one last chance, yet whilst loading up balls of groundbait into a Gardner Sling-shot whilst bream fishing on Tuesday the backwind switch went, a problem that has raised its ugly head on numerous occasions. Back at home their was only one place for it and all the others, in the dustbin! Luckily I have a number of Shimano reels and although these are old, probably fifteen years or more, after a good clean up and greasing I had them working like new. My advice to everyone buying reels is to stay with manufacturers that have been making reels for years; Shimano and Diawa are two of the best. Buy a cheap reel from a lesser known manufacturer and the chances are you are going to have problems far sooner than one of the two I have mentioned. Shimano do small baitrunners for around £50 the same as the ones I have just binned, yet from the Shimano you will get years of service, the other a year at best! Let’s look at it this way. My local tackle shop, Yateley Angling Centre only stock Shimano, why, because they rarely get anglers bringing these back to the shop with a fault. Enough said!
After such a fantastic bream session last week I was eager to return on Tuesday. The weather was similar apart from the wind which was stronger and had some north in it. Luckily the same swim was free and with rods all clipped up all that needed doing was get some bait out and dropping the rigs over the top. Let’s just say last week was a one of as come first light I hadn’t received even a single bleep. That’s fishing!
Although I packed up at first light on Wednesday, it was almost midday when I arrived home as I had a few people to see on my way home. By the time I had cleaned the tackle and organised it for another overnighter as well as sorting out some float fishing kit for Thursday morning, the day had passed. 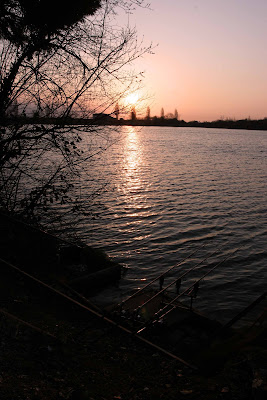 Thursday morning dawned raw and I suspected that the two keen young anglers that I had planned to look after for the morning would have cancelled, yet as eager as ever they were waiting at the gate come the 7.30am start. With the wind reaching almost gale force and snow flakes in the air we headed for relatively unknown day ticket water called Riverside Farm located in Hollywater, Hants. Its one of those waters where even on the coldest day you will get bites, usually from quality roach and today was as expected, a bite a chuck. Fortunately Granddad was on hand to keep the boys interested up and help with the tangles and come 1pm, although cold, we had taken a mix catch of roach, rudd, perch, gudgeon and carp.
I had planned to head back for another overnight bream session but with the north east wind getting stronger, snow falling and temperatures just above freezing; decided that sensibility was called for.
Fridays all about catching up on some paper work such as submitting ‘Where to Fish’ images for Anglers Mail, preparing kit for an ‘Action Replay’ on Monday, ordering some items of Nash kit needed, creating some leaflets to promote the barbel trips to the river Wye as well as my book, sorting some dates out to do talks and slideshows as well as sorting a few areas of my website that need looking at, so its going to be a busy one. Come 6pm I’m going to pick up my mate Chris and go and spend a few hours feature finding on the tench lake so we have a starting point for next weeks first session.