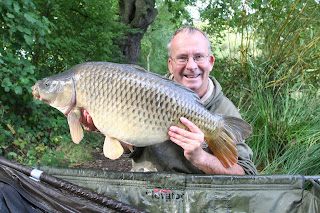 Although carp anglers have been catching carp on suspended baits for decades it’s only been in the last few years that tackle manufacturers such as Nash Tackle have delved into the depths of this method and specifically created end tackle to bring this devastating technique to all. However, even with everything needed for an angler to catch a few carp on zigs, most lack one thing and that’s confidence. Many have tried and given up quickly, others want to try but can’t even bring themselves to casting one out, yet once mastered it’s an edge that will make any angler stand out from the crowd.

Last summer I took three months off from targeting other species just to master the art of zig fishing and to say it was a learning curve is an understatement. Many mistakes were made along the way but through patience and persistence I can now say that I’m happy to leave the bottom baits at home and arrive with a few plastic/foam hookbaits and a bucketful of clouding spomb mix. 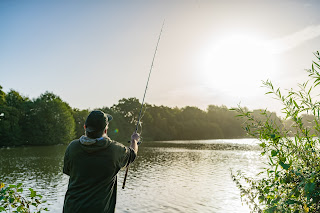 Making mistakes.
Before progressing let me mention the initial mistakes I made. The first was to scale everything down as I thought this would produce more bites, which it probably did, however zig hook holds in a carps lip are all over the place and by using a hook too small and one of a thin gauge simply saw to many fish lost through hookpulls. Even when using small hooks I was still catching more than others around the lake, so I knew I was onto something, yet I hate losing fish so had to eliminate these from each session but not at the cost of stopping the bites altogether. Hook size and rod length was increased and straight away the problem was solved, yet looking back I’m not sure swapping the rods from my trusted 9ft 2.25lb Scopes for 12ft 3lb t/c Pursuits had anything to do so with my loses, it was simply a case of using a hook that was too small. Another cause of hook-pulls was not dropping the lead on a bite, something I really didn’t want to do at first, but having a 3.5oz lead bouncing around six foot up whilst a big carp is lunging around in the margins and whilst using a size 12 hook and a short rod was all simply a recipe for disaster.
Having made some glaring errors initially but by ironing these out gradually over each session I now use the following tried and tested tackle. Rods are now 12ft 3lb Nash Pursuits (I might go back to the Scopes) teamed up with Shimano Ultegra C14+ 5500 reels loaded with 12lb Nash D-Cam. 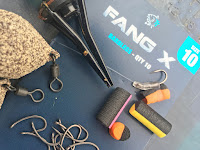 Having such a long hooklink and a bait that’s wafting around mid water it was obvious that there was no place for small leads as these could easily be dragged unknowingly around leading to very poor hook holds. Another factor on deep venues was that a lead swinging about mid air caused major problems when landing fish so in swims over four feet dropping the lead was beneficial for landing a fish. Anything less than this depth and I’m happy for the lead to stay in place. The lead set up and end rig was once again modified over time and the final rig is as follows for most situations. First a couple of feet of leadcore is attached to the mainline on which a Nash weed lead clip and sleeve is placed. The swivel on the end of the leader is then pulled into the clip and the small pin pushed within locking the swivel in place. The hooklink is then attached to a quick change link which is attached to the swivel on the leadcore, before a sleeve is pulled down over this to protect and create a boom which reduces tangles. The lead usually 3.5oz is then placed onto the clip but before pushing the sleeve over the top it’s very important to moisten both components as this will ensure the lead drops on the take. Failure to do this won’t allow the lead to fall off. 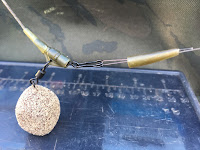 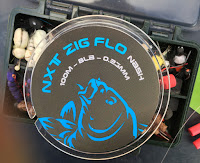 The hook length I use is either 8lb or 10lb ZigFlo, a purposely buoyant hook length material created for zig fishing. This has a Nash size 10 Fang Twister hook tied on knotless knot style before adding a Ziggaz which is pulled down over the eye and onto the hook.  The hair is removed and the knot and Ziggaz creates the perfect angle off the eye of the hook needed for better hook holds. All that’s left to do is add a small piece of foam into the allocated slot. I usually start with red but change around if I know fish are feeding but bites aren’t forth coming.

How deep and when? 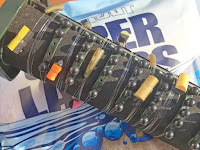 Generally a zig works best at around two thirds depth so for example in twelve feet of water I would start by placing my zig at 8ft. Rarely have I caught below half depth but have often had to increase the hook length so that the zig is inches from or even on the surface. The reason I fish high up in the water is because I tend to use this method on warm days of little wind and right in the middle of the day when most carp naturally rise up into the upper warmer layers. I have tried zigs at night with very little response but I know anglers that do catch during darkness but generally these are just odd fish and not big hits. I also know of anglers using zigs right through the year but for me this is a very active, visual spring to autumn method. 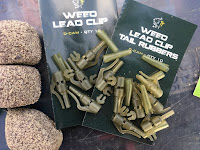 A little tip to quickly finding the depth of the swim is to have a visual float, something like a slim pike float attached to the spomb rod. Before spombing bait out I remove the spomb, add a big lead and use the rod as a plumbing up tool! Easy and very effective.

Swim choice is paramount as working a swim however hard that contains no fish will simply result in a lot of effort exerted and a big fat blank. I will always walk around the lake first and tend to pick days of little wind as nine times out of ten I will be able to visually pinpoint an area of carp activity. So many anglers just don’t do this and set up in a swim that’s produced before, one that’s close to the car park or simply because its comfortable. Next time you go, take a minute to watch the water, try and understand carp move to different areas under different conditions and act accordingly.

Once in a swim with carp activity its best to pick a distance that you are comfortable casting to or as I would do cast to where I can see carp moving. Clip the mainline into the reels line clip and mark the line with some sort of reference mark, I use a stop-knot made from pole elastic. What is needed next is to mark the same distance on your other rod as well as your spomb rod as this will mean that your spombed bait will be falling through the water directly over your hookbaits. There are many ways to get all three rods clipped to the same distance but the best way is to use distance marker sticks.

With two rods cast to the same spot, one with red foam the other with black and one fishing a foot deeper than the other it’s time to start baiting over the top. Try and get into a rhythm of baiting, I tend to cast a couple of spombs over my baits every five minutes to start with but dependant on conditions and bites you may have to decrease or increase the time period. Once again Nash have created a mix of groundbait, the Gyro Bug Mix that can be easily mixed on arrival and contains ingredients such as variable buoyancy pellets, natural dried insects and attractors that will constantly fall and rise through the water columns drawing carp in from miles away and finally  competing for food. Get this type of feeding around your hookbait and simply await the action.

The end result.
The lake I spent perfecting this method saw most anglers on average catching a decent carp every 24hrs. Anglers fishing for tench, which I’ve also caught on zigs, were catching as many carp as the anglers targeting them so I knew by using small particles or doing something different would eventually pay off as boilies were simply being ignored. Most of my sessions were based around arriving at first light and fishing for four hours or four hours before dusk and I never blanked once my approach, baiting and tackle was perfected. The carp were averaging around 20lb and the best session saw seven takes resulting in six carp landed in just three hours. Although I did try and be discrete, you would have thought that others on seeing carp after carp grace my net would have cottoned on and copied me but fortunately very few did which is brilliant as I can head back this spring and once again enjoy this explosive method to its fullest. 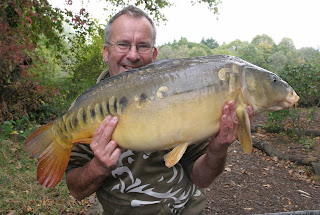 Duncan Charman is sponsored by Nash Tackle and Bait and has his own website www.duncancharman.co.uk  He regularly contributes to top weekly, Anglers Mail magazine and is their very own ‘Where to fish’ expert for the South East.
He is also an angling guide and can be booked on a daily basis for most species including carp, pike, perch, zander, chub, catfish, barbel, bream, grass carp, crucians, roach, rudd, grayling, tench even golden orfe. Guiding vouchers are also available which make great birthday and Christmas presents for the angler with everything. For more information and prices email him at duncancharman@me.com or give him a call 07928 617006 / 01252 315271.
He’s also written a book called Evolution of an Angler which can be obtained at the stupid price of just £10.99 plus P&P. Again email him for more details.

Images –
1 – Get your approach right and expect lots of stunning carp like this mid twenty common.
2 – Get use to casting every few minutes, its active but hugely rewarding.
5 – The lead set up.
6 – Hook choice is important.
7 – Zig Flo, made for zig fishing.
8 – Plenty of spare rigs made up. Obviously red is a good colour!
9 – You can even match your hookbait to a real life insect using purpose made bugs!
10 – Weed lead clips and tail rubbers, ideal for lead dropping.
11 – Gyro Bug Mix attracts carp from miles away.
12 – Gyro Juice will create a flat spot and boost the mix.
13 – Once mixed it can be introduced by hand, using a catapult or as I do with a spomb.
14 – One of many carp that slipped up on a zig.