Anyone that knows me will understand that January has been a very difficult month for me and the hours spent bankside have reflected this. The weather hasn’t been good with temperatures fluctuating all over the place, scrapping windscreens at first light a common occurrence and as for the wind and rain at times, well it’s been all over the place and trying to catch consistently has been impossible. It’s not just us anglers that don’t know if we are coming or going, nor do the fish and a great example of this was when I visited Bowsaw to do a feature on catching on the waggler. Unfortunately the wind hampered the session but when Jim arrived he informed me that the chub that normally shoal up in peg one were still in small pockets dotted around the lake. 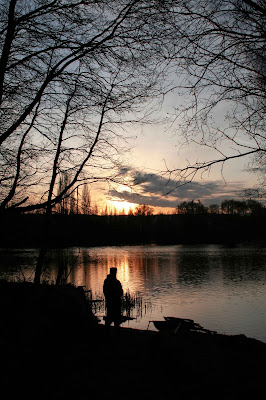 Fortunately I have been hard at the article writing with plenty of freelance work to keep me busy so it’s certainly not all been doom and gloom but to say I can’t wait for the warmer, more settled weather to arrive is an understatement. I can’t wait for the cough to disappear, another thing that has been dragging its heels and me down with it, however the most influential reason for not getting out, and when I do not being able to focus and enjoy it is my cat who’s over twenty is sadly coming to the end of her days. Scans on her liver, tablets for her thyroid gland and worst of all having to have her lungs drained of fluid has all taken its toll on both of us. Amazingly she is still with us and seems to be happy but for how long, I’m not sure. 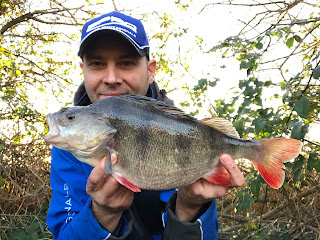 We still have one of the worst months of the year to go, February before everything starts kicking in and I’m not sure just how much fishing I will get in but instead of trying to do short sessions I think it will be best to head out for the day when firstly the weather looks good and secondly when the girlfriends off work as this way the pets will be looked after. I’m going to keep trying for a big perch as now is the time and then when March arrives have my carp rods ready, you never know I might feel up to spending the odd night under the stars!
One angler that's also been struggling but finally got the right bite is my mate Mark Lindsey who at long last has caught his dream fish, a 4lb perch from the Thames. Time for a five now!

I still have a few signed copies of my book ‘Evolution of an Angler’ available at the stupid price of £10.99 plus P&P. If you fancy a good read whilst this weather does its best to hamper our fishing then just email me for further details. Guiding vouchers were also popular as Christmas presents with quite a few anglers finding one in there sack. These also make great birthday presents, so if you’re stuck for ideas then this maybe a solution. Again email me for more details – duncancharman@me.com

Day to Day events.
01 to the 03/01/18 – With the ‘Yo Yo’ cold still hanging around and what with storm Dylan bring gale force wind decided to try and get fresh for next week and get back into things with a vengeance then so spent these days in the office to writing up Anglers Mail features, drumming up some new work for European magazines and tiding the tackle shed. 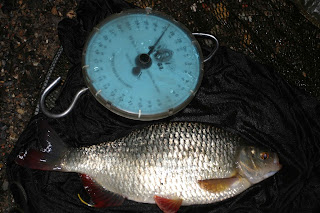 04/01/18 – Cant shake this bloody cold but know sometimes being out in the open can make you feel better so after an uneventful day wrapped up and headed to Johnsons thinking about catching a needle in a haystack there, a big roach. Due to the high wind I headed to the railway bank and set up midway along. With the wind off my right shoulder things seemed far more comfortable and a couple of casts of around 75yards were made with the spod before dropping my hookbaits over the top. To be honest a bleep would have been a result as it was just good to be out but come 8pm six good rudd had graced my net, the best 1lb 14oz.


05/01/18 – Up well before dawn and on the bank of Finch Farm come first light. My target a big perch, however once again it’s like finding the needle in the haystack as although this fishery does the odd big perch each winter they are very elusive, maybe just one or two big girls in the whole lake. Last time I fished here for perch, in really bad conditions I blanked so to get four bites was a result, however the three I made contact with were small.
06/01/18 – I was in two minds whether to head to either Frensham or Johnsons and fish into the evening however a quick look at the river in the back garden told me that there was an outside chance of catching some lives and securing them in the river, ready for a few perch sessions over the next couple of weeks. My hunch proved a good one and with the river carrying some colour I was able to avoid the ever hungry minnows and catch a few tiny roach but more importantly a perch’s favourite, gudgeon.
08/01/18 – As I mentioned a while back, it’s time to cut the feature writing time down and try my best to produce two a week. Most of today was spent writing up my weekly ‘Where To Fish’ Anglers Mail column, just need to get out later in the week and catch a few for an accompanying image.
09/01/18 – Another day in the office, last one this week I hope? Today was all about getting a European article sorted about the basics on Zig fishing for carp. What I love or hate about articles in magazines is that in most cases you get experienced carp anglers writing these and missing the fundamental basics that we all want to know. I took a few months out last year to get to grips with zig’s. Believe me I made shit loads of mistakes but my god is it a productive methods once mastered and will put most bottom bait approaches in the dustbin during the warmer months. This is my first ever mention of guiding an angler for carp on zig’s but if you want an edge to your carp fishing or like me, just want to catch more than surrounding anglers then get in touch as the time is now right! Email me – duncancharman@me.com 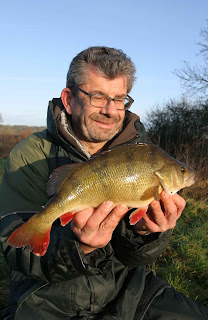 10/01/18 – Arrived at the river, with my brother slightly later than I would have liked, 8am but fortunately the car parks empty so knowing he hasn’t caught a decent perch for a few years placed him in the going swim and ten minutes later he was posing in front of the camera with one weighing 2lb 14oz. Once again we were hoping for more action but the river was still carrying colour and by midday all we had to show for our efforts were two small pike.
11/01/18 – On the banks of the upper River Lea come first light to meet my friend Joe Royffe who’s been banging out a few big chub recently. The reason for the trip was to get a few images and top tips for a soon to be published Anglers Mail ‘Catch More’ feature.
12/01/18 – In the office completing yesterday’s article which included taking a few extra photographs. With a few hours spare and the weather dry and relatively comfortable I grabbed the helicopter rigs and headed to Johnsons but apart from two single bleeps which came out of the blue the four hour session into darkness failed to produce. 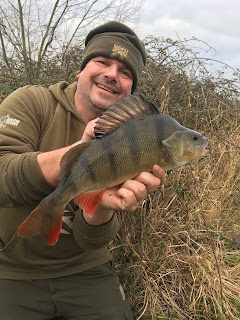 13/01/18 – On the banks of a new stretch of river come first light in the hope of a few decent perch with my mate Chris. The rivers still slightly coloured and after trying numerous swims without any joy finally stumbled on one that provided us with six bites. Three were from pike and the other perch with Chris taking the best of the day, one of 2lb 9oz.
14/01/18 – Although the perch fishing has been really good of late there has been signs of it becoming tougher. This is probably due to the weather conditions as the river always seems to be coloured and pacey. We were hoping to create a feature for AM but apart from numerous pike that seem to be well on the feed all the usual spots failed to produce. We even headed to a different river towards the end of the day but again little happened. Once this weather settles down things should improve.
16/01/18 – 25/01/18 On the banks of a local day ticket venue to create a ‘waggler and maggot’ feature. Things didn’t quite go to plan due to storm Fionn arriving yet we soldiered on and pulled it out of the bag. Keep buying your copy of Anglers Mail to see the feature. On the way home started to get a headache that was effecting my eyes and unfortunately spent the seven five days housebound due to what many would call flu, however although I felt like crap I still managed to write my weekly WFT column up as well as this feature.
26/01/18 – Still not feeling great with a chesty cough but managed a few hours’ perch fishing at Finch Farm. Although the weather wasn’t too bad the fish didn’t want to bite and after four hours headed home. I was meant to be on the river guiding but knowing its up and coloured had to reschedule this.
27/01/18 – There are times when you just know you should have stayed at home as the weather forecast has been saying that it would be 10 degrees, overcast and damp come first light but fully prepared for a perch session I found myself scrapping the ice of the van’s windscreen before leaving! A quick look at the weather forecast showed that this band of mild air wasn’t now arriving till the early afternoon, a time when I had to pack up. I still made the effort, almost ended up in the back of someone who pulled out on me halfway to Passies then realised that I had forgotten my tackle box, however soldiered on and bagged myself a 2lb 9oz perch but come midday and with a chilly wind cutting right through me and still feeling rough threw the towel in. If you are not enjoying it then there is no reason to stay. 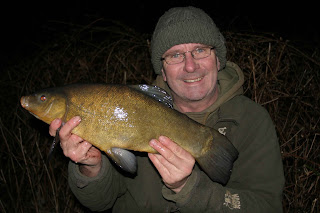 28/01/18 - Today was yet another cancelled session, this time a feature on perch on the river and again due to the river being high and coloured. Wanting to get out due to the really mild weather, 14 degrees headed to Johnson’s early afternoon in the hope of a carp but three anglers and only one carp out over the weekend and few moving didn’t have us full of confidence. Chris fished small pop-ups whilst I tried a maggot medusa, something I want to perfect and at dusk had a drop back but whatever it was got away with it. Another drop back at 7pm was the only other indication but a decent winter tench did grace my net but all in all a disappointing session.
29/01/18 – In the office all day completing two European articles on zig fishing which will be on my website soon.


31/01/18 – Up early and on the road to meet up with Jed Kent at Wylands International to create an Anglers Mail ‘Where to Fish’ opener. A long day when things seem not to go our way yet once again through some hard graft and keeping on the move we managed to get the feature sorted.
Posted by Unknown at 08:38