A day of two halves 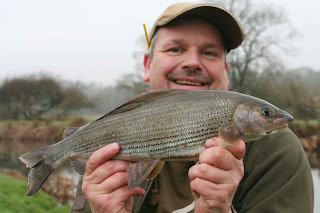 A day of two halves.
Just returned from my third consecutive session on a river, this time the Dorset Frome. It was a day of two halves as in the morning we wanted to find out about a new area which we did but the couple of hours spent wetting a line only produced a modest dace for our efforts but its one of those areas that you just have to get the right bite and the fish of a lifetime could just turn up.

In the afternoon we headed to more familiar territory and caught plenty of grayling, the best falling to Chris which weighed 2lb 3oz.

If you fancy a guided trip to either the Frome, Test or Itchen then  just email me at duncancharman@me.com for availability and costs.