Battered but certainly not beaten!

Battered but certainly not beaten! 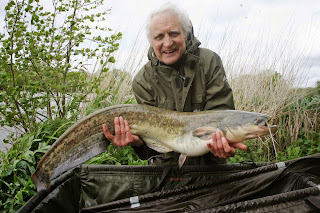 I’ve spent the last couple of days in the company of one of my regulars and good friend Mel. It’s the first time we have been able to get out together for over a year due to one thing and another but we certainly made up for things.

The weather was doing its worst to create havoc yet we ventured out when most others stayed at home and smashed a couple of venues. Now Mel contacted me quite a few years ago with the aim of catching as many species 50% of higher than the British Record. Obviously the early days were far easier than the present and numerous personal best graced his net, however one species that seem to elude us was catfish. A couple of nights were spent targeting them but just kittens were landed, so it was once again time to see if we could outwit something slightly bigger. To be honest 50% of the biggest UK cat would mean landing one in excess of 5olb yet Mel just wanted to get one over 10lb. Usually guided cat sessions are over night sessions yet we were to target them during the day and just an hour after setting the rods, one ripped off and after a lengthy battle Mel slid the net under one weighing 20lb 12oz. Having completed the job in double quick session we were able to relax and enjoy the rest of the day, however the wind took its toll smashing my Nash oval to pieces then causing an error on the bait boat that saw it drifting to the far side of the lake, however come 4pm Mel had landed another two cats of 8lb and 18lb 8oz plus a bream and a grass carp of 20lb 4oz which I had to play as two rods ripped off together.

The following day was an early one as we were heading to Newdigate Fisheries with Golden Orfe on our minds. Arriving at 7am we had to sit in the car for half an hour as a heavy shower and gale force winds passed. Being the only angler brave enough to sit on top of the hill we decided to fish of the back of the wind and first cast Mel hooks an orfe, one that was to weigh 5lb 4oz. Holding on to the brolly all day and dodging the showers didn’t deter us and come 3pm Mel had landed a further four orfe weighing 4lb 4oz, 5lb, 5lb 2oz and 5lb 7oz along with ten tench to 5lb.

If you fancy a guided trip after cats, grass carp, tench or orfe, or any other species then all you have to do is send me an email and I will do my very best to provide you with a day similar to Mel’s.