Discover what lies below. 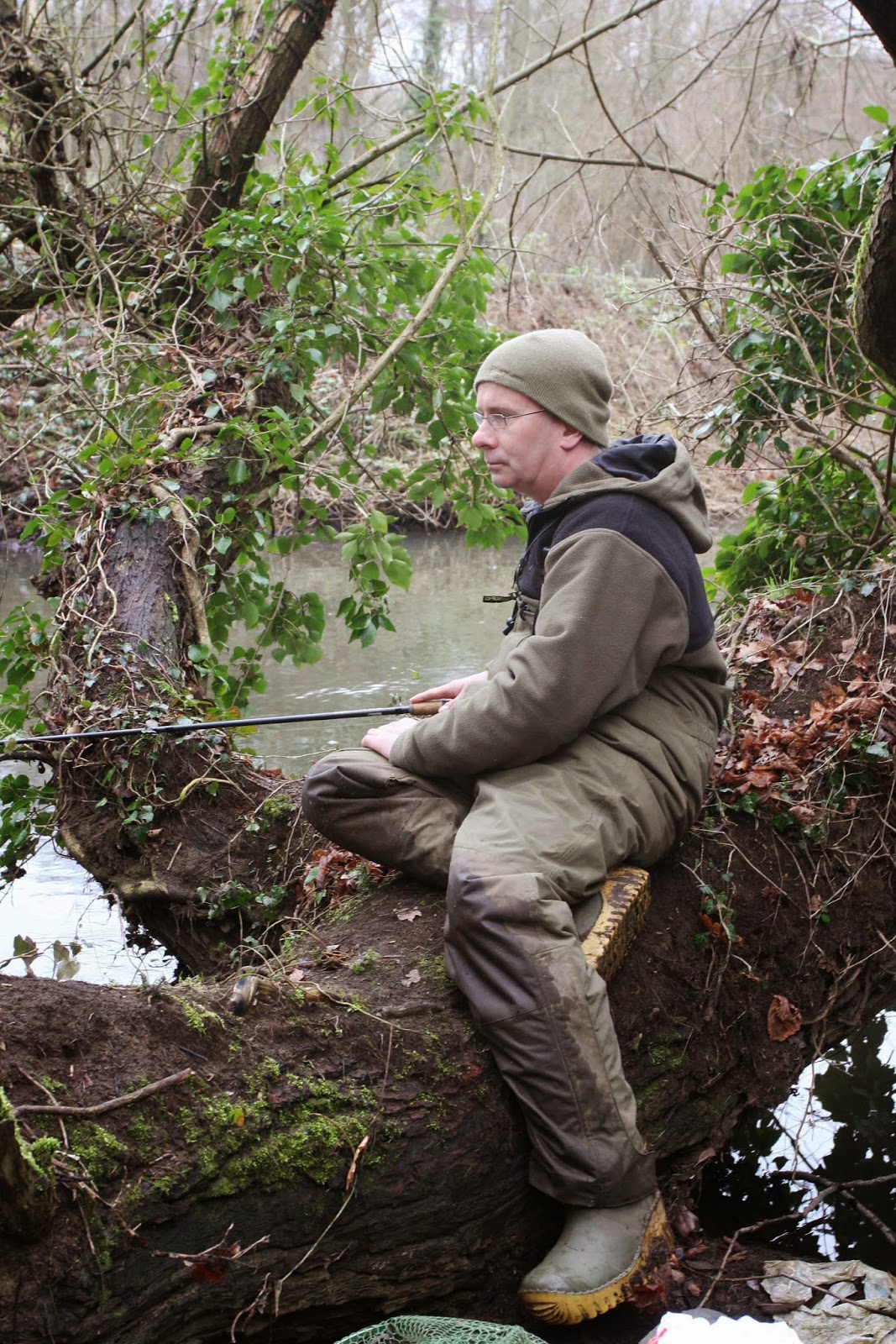 The use of pellet on running water has certainly hit an all time high, especially on the small rivers I fish which contain some very big barbel, yet are anglers missing the point to the meaning of fishing? Although I am guilty of roving rivers in search of big fish, every now and again its refreshing to leave the specimen tackle at home, grab a float or quivertip rod, reel loaded with six-pound mono and head to the river with just the basic terminal tackle and a tub of freshly collected lobworms. It’s a difficult thing to do, and in the early days the barbel rod still had a place in the boot, yet I have learnt that roving a river with different rods and in two minds exactly what to do just isn’t enjoyable so now make specific time to discover what exactly lives subsurface of these pellet filled rivers and the only way to do this is to forget about specifically targeting big fish.
Don’t get me wrong, lobworms catch huge fish but what’s great about using worms is as soon as the bait hits bottom, every fish in the swim will be aware of it and willing to have a go from the smallest species like ruffe, bullheads and minnows to the biggest such as barbel, carp and bream. I’m happy whatever picks up my bait on these, back-to-basic days out but it’s the species I class in the middle of the size bracket, ones that often go unnoticed like perch which don’t have a taste for pellet that often show an appearance and uncover what can only be described as a rewarding distraction to the monotonous, time consuming and often unrewarding world of specimen angling.

Many anglers are put of by using lobworms due to the outrageous cost of these, yet using these doesn’t have to be expensive, in fact they are the cheapest of all baits, free in fact, well apart from giving up an hour of your time one evening. Let me explain. Lobworms come to the surface to mate at night and as long as you pick the right night which needs to be damp and mild then literally hundreds can be collected in a short space of time by creeping around on all fours with a head torch on. The ideal night is when we have had some rain, the ground is damp and the air temperature is above ten degrees. You have to wait until any daylight has completely disappeared so two hours after sunset is a good time to head out and you will need to pick you’re location well as the grass needs to be short, continuously mowed if possible and my ideal hunting ground is the local golf course practice green. A word of warning when collecting lobs is to discard and that break when teased out of their holes as these will only kill the rest of the worms in a matter of days. Keeping you’re worms fresh is also easy, I just pull up some long grass when I leave the golf course, add this to the bucket and place in the bait fridge when I get home. Unlike bought worms that are kept in soil and are soft, often lifeless, grass seems to toughen the worms skin and if checked every few days, removing any that don’t look good and keeping the grass damp, worms will last weeks in this condition. 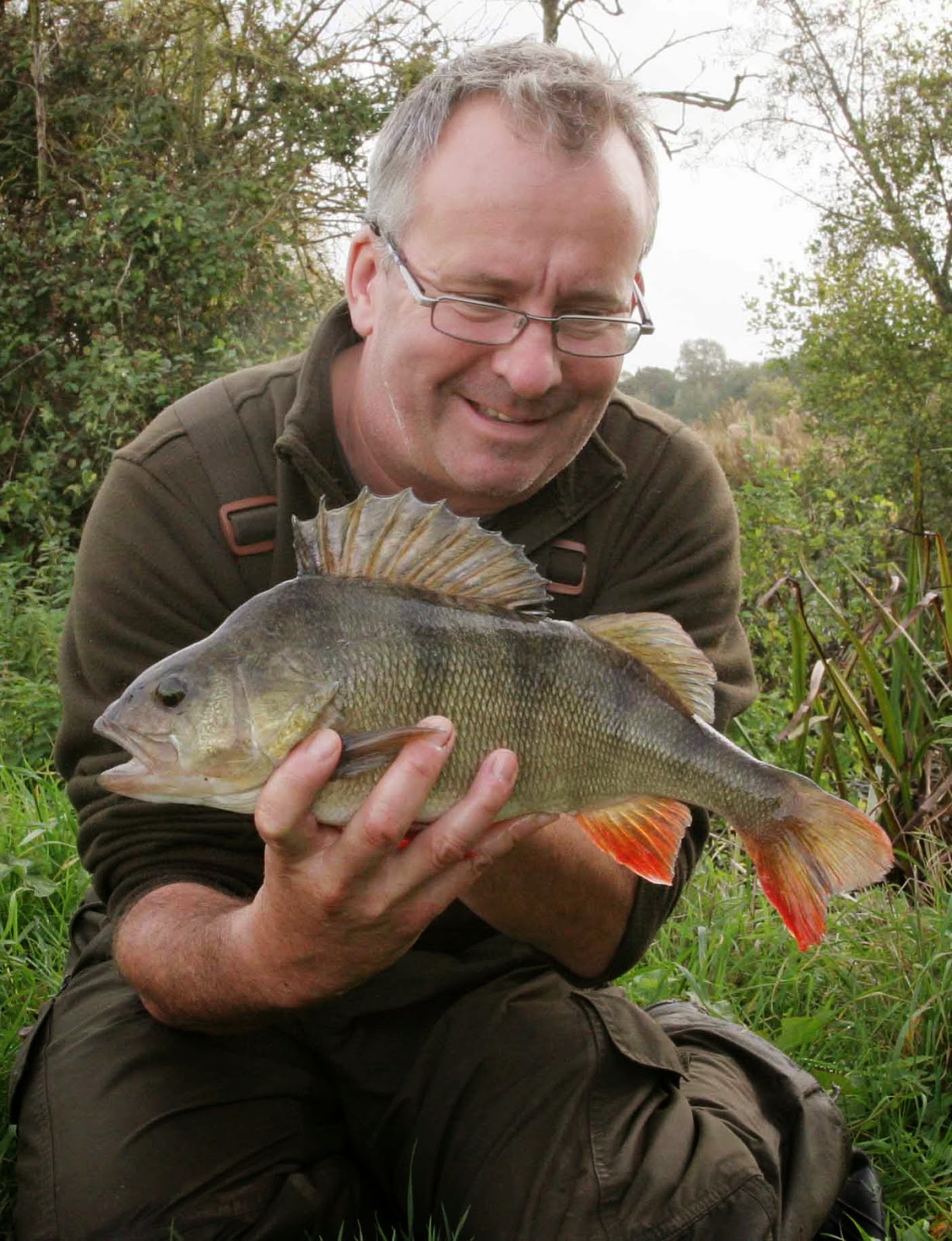 The tackle I take on an initial search of a stretch of new river couldn’t be simpler and by tacking just the basics allows me to move around and search every potential fish holding spot. I hardly ever use a quiver-tip rod but this is one of the few times that I feel such a rod is essential as seeing bites and striking early is important and avoids deep hooking. I use a 1oz glass fibre tip and even though I will be watching for bites still point the rod almost straight to where the bait is as this reduces resistance, something that perch and chub hate. My reel is loaded with six-pound Gardner Hydroflo and although I use a running link ledger simply place this on a short length of weaker breaking strain line as well as a run ring, again to reduce resistance. The weaker link of mono will simply break if the shot or lead becomes snagged whilst playing a fish and is stopped on the mainline by a bead and a float stops which also allow for the hooklink to be adjusted in length if needed. The only knot in the set up is the Grinner used to tie the size 8 barbless hook, the reason is knots are weaknesses, the more you have the more likely one will let you down and if there are barbel about then this setup is going to be tested to the limits. It’s amazing how robust and tough six-pound line is. We’ve all made a bad cast and then had to point the rod and walk backwards only to struggle to pull for a break, put a bend in the rod and its impossible to break, so as long as you’re tackle is balanced and the one knot tied is good then any barbel that’s hooked should be landed as long as you don’t panic! A couple of other essentials are a disgorger and some postman’s red, red being good for perch, elastic bands as a small strip is added to the hook to keep the worm on. I also carry some Fluorocarbon, a couple of stick floats and a small bait dropper as if a perch hotspot is located these items will become invaluable in preparing, reaching then extracting as many as possible. Many anglers like to add a predator additive to their worm or cut the tail off, yet apart from introducing broken worms in a bait dropper, I consider a lobworm as a hookbait is best as it is, just by pushing a hook through its saddle is enough to leak of natural attractants.

My last session using worms was on a stretch of river I know well, yet hadn’t ever tried using lobworms. It fell on a frosty morning and I knew that catching a barbel on the pellet approach would have been like winning the lottery, yet armed with just a few items of kit, a morning to kill and some lobs I headed out fully expecting to get a bend in the rod. First swim was a known big chub hotspot, yet numerous previous visits using pellet had only seen the tip tap as they constantly tested and refused the offering, however within seconds of a juicy lobworm being lowered in saw the tip pull round and one hooked. I have to admit on this occasion the chub won as I hadn’t placed the landing net by my side and as I turned and reached for it the five pound plus chub dived under the bank and threw the hook. As they say no ones perfect and we all learn by making mistakes! Second swim I was ready as it was a known big barbel swim and moments after introducing the worm I was once again playing a fish, not a barbel but another good chub, one of 4lb 8oz. A few more swims were covered, most rewarding me with small perch and another four pound chub yet it was the last swim that revealed an unknown quantity, one that I will be exploring more as a small tremor saw a two pound plus perch slide into the net.

Sometimes you just have to forget about the going big fish methods and take a step back, strip everything down and go back to basics to get the real meaning of fishing back into perspective! 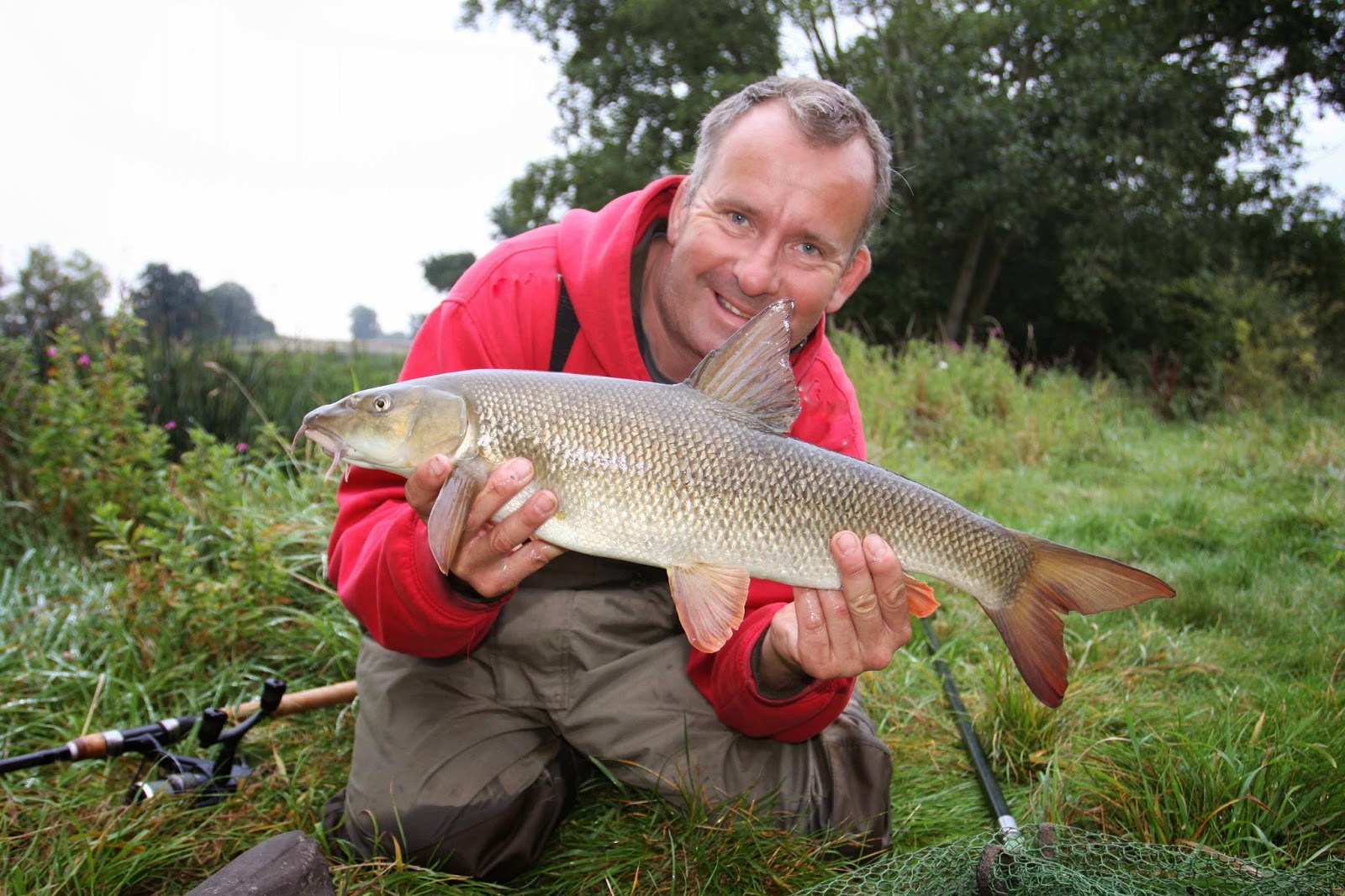 Images & Subtitles
1 – During the day fish will seek cover, it can be real jungle warfare, yet getting your bait in these areas and pointing your rod where you have cast will often bring an instant response.
2 – Lobworms collected from the golf course will last for ages if checked regularly, kept cool and placed in grass.
3 – Many struggle to understand what tip to use but in brief if your fishing for small species, using light leads and fine lines go for a 1oz tip, if your after barbel in fast water use a 4oz tip.

4 – There is no need to carry loads of tackle when exporing with worms and as you can see my rig is very simple.
5 – An upstream cast under an overhanging tree provided me with this stunning perch.
6 – When you know chub are around and just small pluck and pulls are noticed using pellet, give them a lobworm and watch the difference in bites.
7 – Only carry the essentials as taking to much kit will only make you lazy.
8 – Balanced tackle is needed when barbel are around. I have caught barbel to over 12lb on worms and 6lb mainline!
9 – If you only use pellets then you will never experience our smaller species such as this specimen Miller’s Thumb.
Posted by Unknown at 02:08