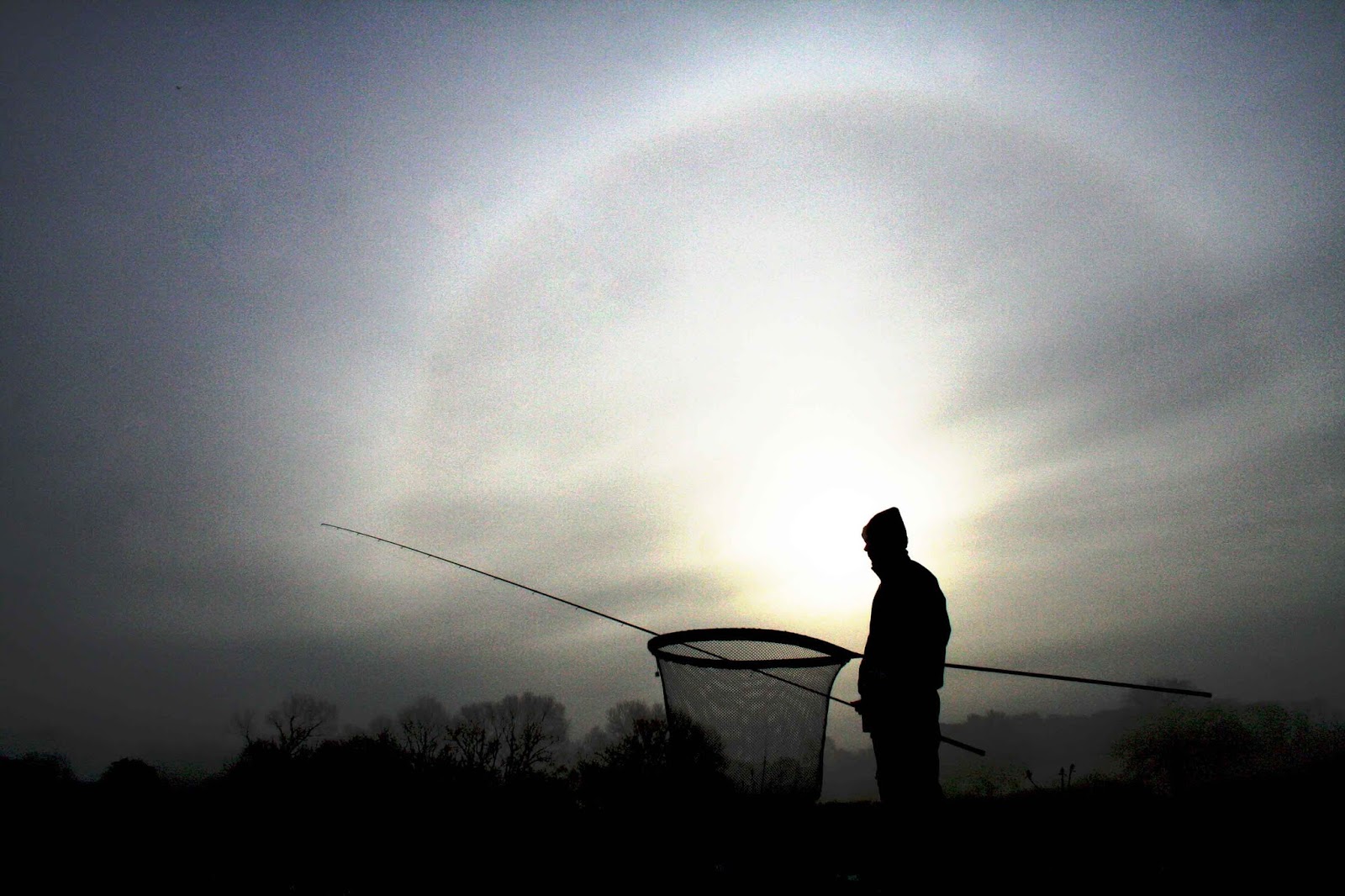 Just over a decade ago I remember a friend of mine telling me of a small series of day ticket waters that contained big perch. At the time I was perch fishing on the mighty river Thames and although catching, found the venue unwelcoming at the best of times. Needing a venue closer to home and more comfortable I found myself taking a look at the venues and to say I was amazed is an understatement as these ponds were tiny, so small I could easily underarm a small bomb from one bank to the other! If these ponds did contain monster perch then it shouldn’t take very long to extract one I thought. A few days later on a frosty morning I cast two prawn hookbaits into position, one close to a small island, the other under the rod tip close to a submerged tree stump. Within five minutes both rods had produced bites, the first was from a three pound chub, the other from a perch that smashed my personal best at the time, it weighed 4lb 1oz. The bites had come that quick that the perch was landed whilst the chub was still in my landing net!

It was the start of a campaign that spanned a couple of years, on and off, mainly in the winter. The reason I continued was the onsite bailiff had informed me that bigger perch existed. To say the action was incredible is an understatement and three pound plus perch were commonplace, we even started retuning these without photographs! I did manage to catch the biggest in the pond, however it did take me a long time. She weighed 4lb 10oz; I also had one off 4lb 4oz, all different fish! The reason I was using prawns is that I had taken time before fishing the ponds to find out a few things about them. Firstly, like most commercial fisheries, the use of live bait was forbidden, so were spinners and with loads of other fish including carp and roach, using lobworms wouldn’t be very selective. The lakes also contained signal crayfish and as soon as I knew this then a king prawn seemed the obvious answer as its thought that the reason perch have grown to huge proportions in this country is due to them eating these. I have to admit that I very nearly started to use the white flesh of one of the signals, a sure bait for a result, yet after checking the environment agency legislation on these I found that using these was illegal.

Moving on ten years or more I now smile as every time I buy one of the weekly angling magazines they show anglers displaying big perch caught from a commercial, and their new found wonder bait, prawn. I would say that captures of four pound plus perch on commercial fisheries are now at an all time high and anyone wanting to catch a monster realistically needs to look at these. Commercial venues are everywhere; in fact I have one no more than three minutes drive from my home that offers a very good chance of a four. I personally prefer the vivid shades of colour gravel pit and river perch offer and as size isn’t so important these days and getting away from the crowds is, then it’s these that I prefer.
Whether it’s a commercial, gravel pit or river, timing your arrival at the venue is crucial and if allowed I will be found setting up in the dark just before dawn. Rods will be already made up and baits positioned before first light as this is the best time to catch perch.
Locating where the perch are comes with time, often quite a few sessions but once they are found, expect them to be their next time as perch rarely move on a daily basis due to weather conditions. The reason they are in an area is because this is where the food is, normally small fry that they have herded up into a corner, or next to a feature such as an outlet. Low light conditions are best, days that are overcast and mild, yet the four pound perch I caught within minutes of starting so many years ago came on a frosty morning, when blue skies and high pressure was forecasted, proof its always worth a go. If you don’t have prior knowledge of the best areas for perch I will watch the water at first light for small fish, maybe even a perch attacking these. If I am fishing blind then I will never sit in a swim for more than half an hour as if perch are in the swim and feeding then a bite should come well within this time. 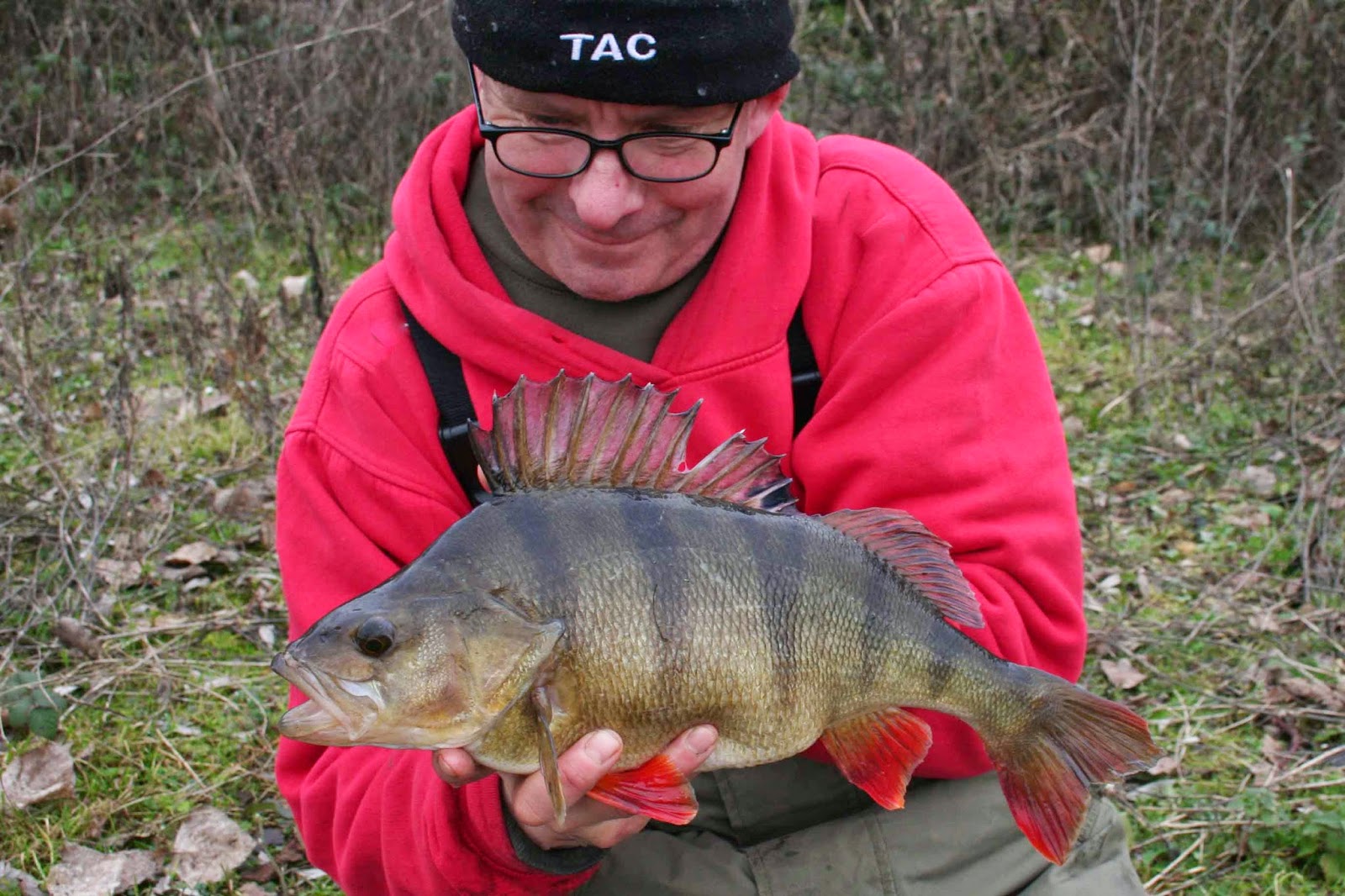 Rigs are again simple with attention paid to keeping resistance to a minimum. In the past I have used a small maggot feeder, yet these are tangle prone, so now I prefer to use a small 1oz lead, one with a big eye or better still attached to a run ring. This runs freely on 6lb mainline and is buffeted by a Quick Change Bead onto which a 0.16mm Fluorocarbon hooklink is attached holding a size 8 barbless hook. On the hooklink I add two float stops as if I feel I want to pop a prawn of the bottom I can. This is achieved by adding the tail of a lobworm next to the prawn and air-injecting it, then counterbalancing this by moulding putty around the stops. The float stops allow the height of the prawn to be altered easily and believe me, this can make all the difference. I also add a small PVA bag of red maggots and chopped prawns to the hook. Once cast into position I will then catapult maggots over the top on a regular basis, as these will get the fry feeding right over the top of my bait. Using two rods, I will always pop one bait up a few inches, the other will be fished directly on the bottom and again this will have the tip of a worm added to it. Its this that I feel gives me an edge, as perch are inquisitive and react to movement so the worm does this, as do the red maggots in the bag, and the prawn is a substantial meal for a perch that is as close to a crayfish as I can legally get.

Rods are 1.25lb T/C and if possible positioned on separate bank sticks pointing directly to where I have cast. This reduces resistance and as for bobbins I use the old fairy liquid bottle tops. I could write an essay on bite indication, yet all I will say is that if you choose to use carp style heavy chain hangers and wait for the bait runner to go, then you will be waiting for a very long time, and when you do get a bite, well the perch most probably will be deep hooked!
Well their you have it, the simplest of rigs that will catch the biggest of perch. The key to success is to fish at the right time of day, dawn and dusk, find where the perch are, then reduce resistance in every way possible and by adding the tail of a worm next to the a prawn will increase your catch rate considerably.