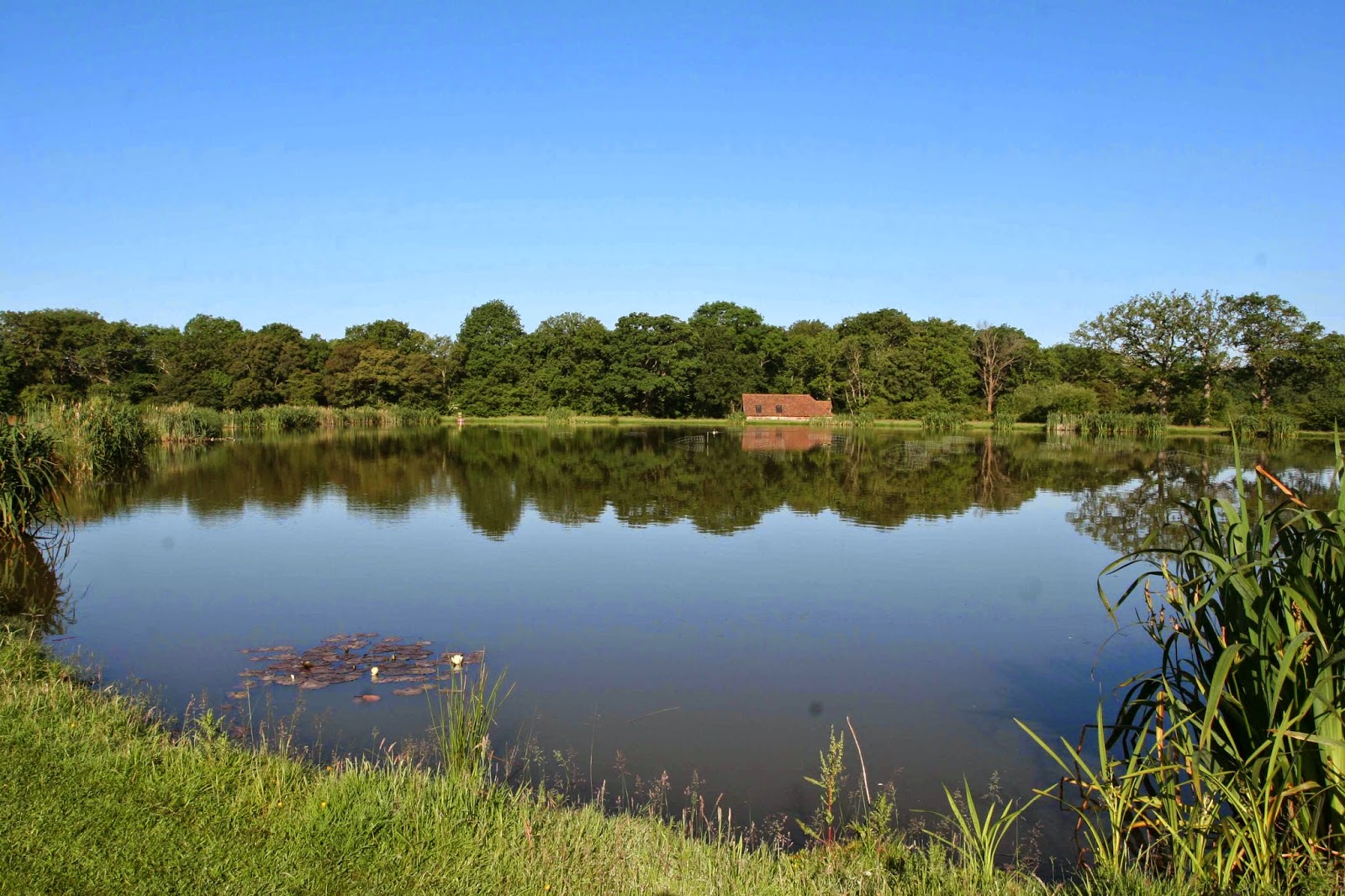 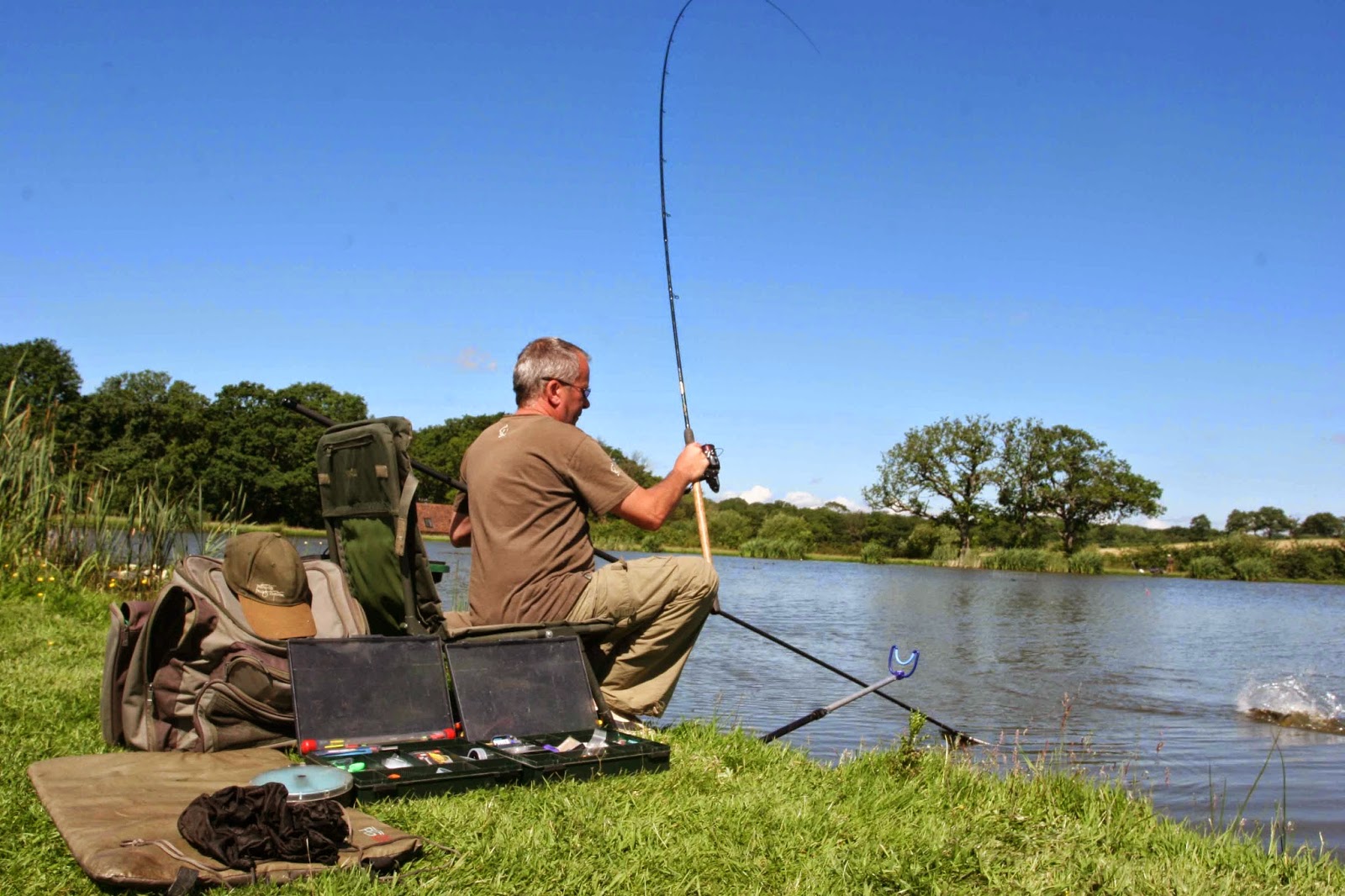 Conditions – A great day for fishing but not for catching with atmospherics on 1028mb, cloudless blue skies, temperatures soaring into the twenties and thankfully a brisk south-west wind

Managing to get a day when not only my brother is free but also my dad, girlfriends dad and his mate john is really rare so we made the most of it and heading into the middle of nowhere, sorry Surrey, to Newdigate Fisheries.
Having to pre-book our tickets we were really taking a chance with the weather and arrived in glorious sunshine knowing that catching may prove difficult. I was producing a feature on fishing the waggler for Coarse Angling Today and was up against a deadline so knew I needed to give it all I could in order to get a result. Walking around the lake, which is around three acres we watched a numerous big carp cruised the upper layers and clearly saw that the tench were on the feed by the patches of bubbles, yet with the temperature rising and sun already high, just how long this would last was questionable. The lake also has a few big golden orfe in, in fact all the lakes on all three farms have big orfe in them and it was this that I had challenged myself to catch with a personal best a real possibility, yet hooking one was the problem.

I set up with the wind coming over my left shoulder, not what I usually recommend, yet this would make spraying maggots and casting to the centre of the lake easier, an area I hoped to intercept one of these big orfe. Kevin and my dad set up further up the bank with Mick and John on the opposite bank, right where the wind was pushing into. 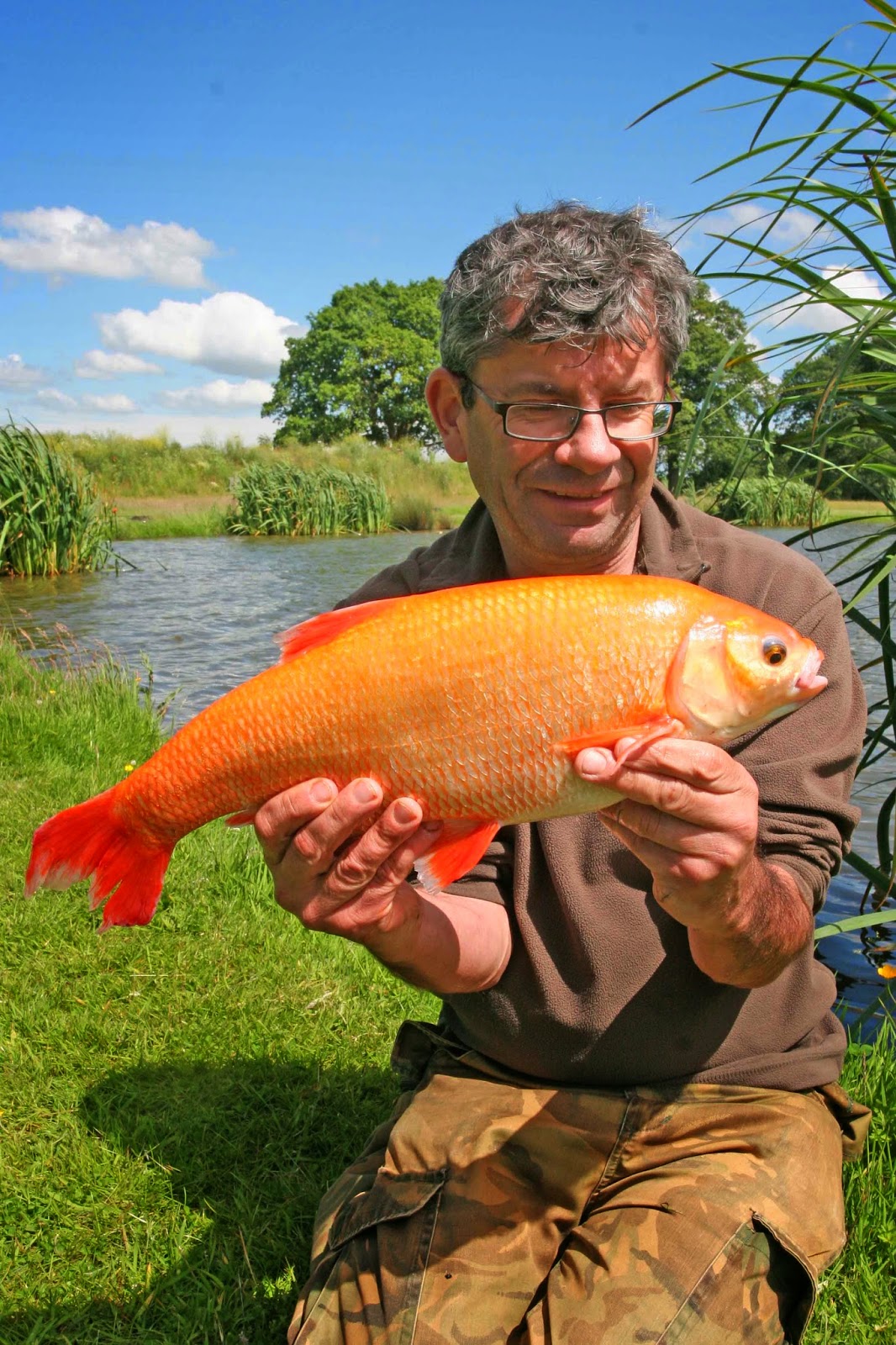 I Sprayed red maggots whilst setting up in the hope of an early result however it took maybe an hour to get a bite that resulted in a tench around 4lb. I then kicked myself for missing a bite on the drop, yet next cast saw a repeat performance, yet this time the hook found its target and a big orfe surfaced. It’s nice to still get that adrenaline rush after fishing for so long and I waved at my brother to come and help me land the fish which easily beat my standing best of around 3lb. On the scales she went 4lb 4oz 8drams, not a monster for the venue but a satisfying start. A few more tench followed to 5lb 6oz before things died and I had to keep working the swim, yet in the early afternoon the bites returned yet hitting them was difficult due to the undertow taking my line on the inside line and causing a bow, yet persistence paid off with two more tench the last weighing 6lb 12oz. Kevin only had five bites all day but had two tench and a best orfe of 4lb 5oz, dad ended with three tench, John had two on prawns and Mick sadly struck at thin air on more than one occasion. 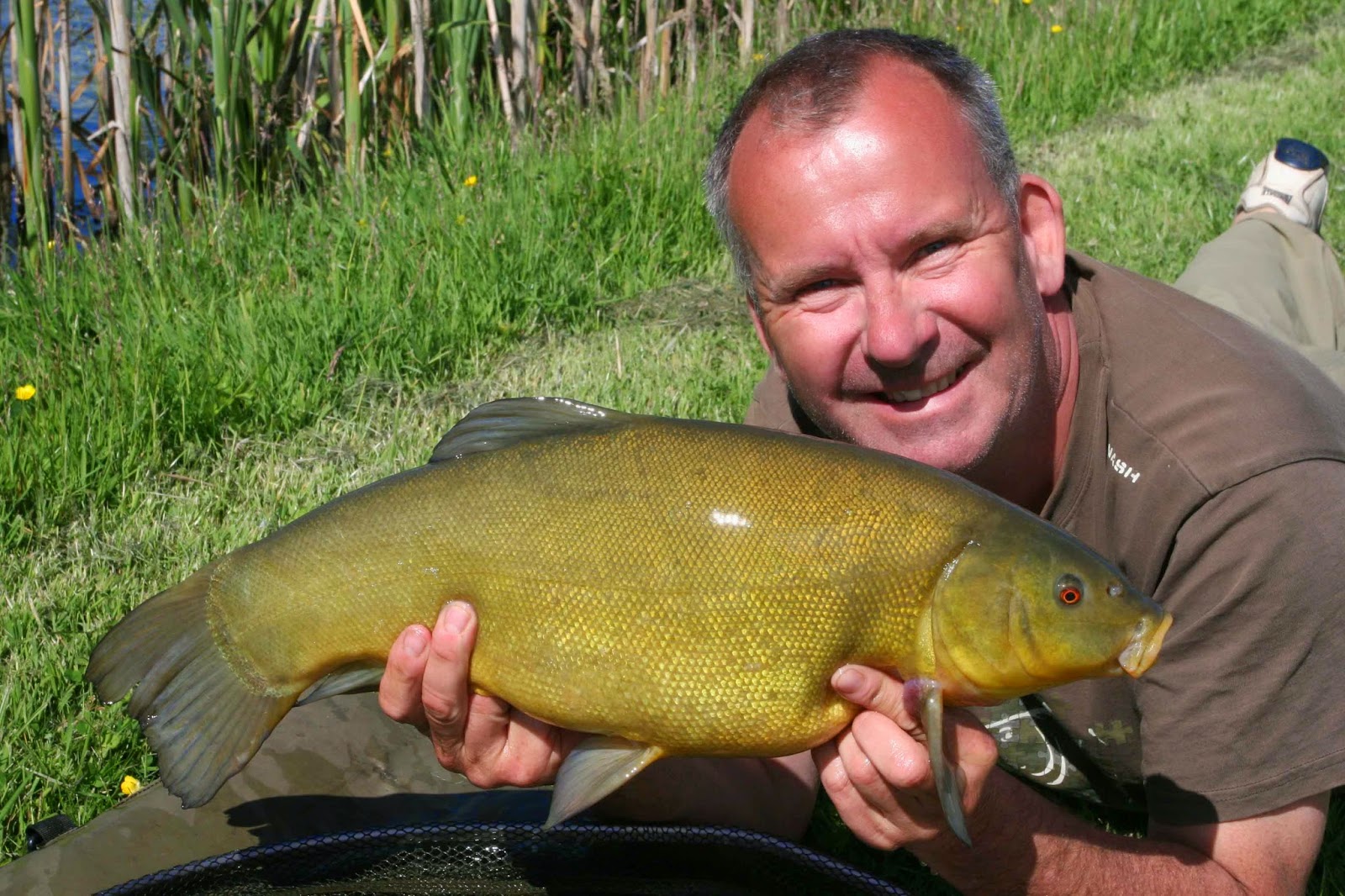 Newdigate is a picturesque venue set in the peaceful surrey countryside, well that’s if you ignore the planes, French frogs with their deafening mating call and cuckoos in the surrounding hills and offers some brilliant fishing, although not easy. With no small nuisance fish within every bite is from a big fish, which is pleasing and with loads of other lakes offering a variety of different challenges i'm sure I will be back later in the year.