Another week on the Wye - Weekly report starting Saturday September 28 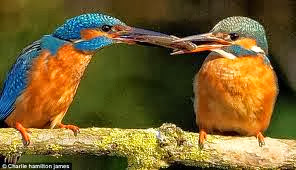 Having a wedding shoot on Saturday plus a week on the Wye as from Monday things were somewhat hectic over the weekend, yet come 4am on Monday I found myself, once again heading to Herefordshire.

The journey up was good and I arrived a little earlier than planned which allowed me to have a quick look at the river before greeting my guests for the day, Chris Brimble and father and son duo Barry and Rodger.

I gave the anglers a quick demonstration and caught a barbel straight away which not only surprised the anglers but filled them with confidence for the coming day. Knowing that a swim upstream had been fishing well I decided to place Chris there as he had never caught a barbel whilst Barry and Rodger dropped into the ever reliable swim at the downstream boundary. The weather was looking good with mild temperatures and cloud cover and first cast Chris found himself locked in battle with a Wye barbel. Chris fished the swim till early afternoon and managed three more, all good fish with the biggest going 8lb 1oz.

My other two customers were also catching, yet the boundary swim isn’t easy fishing and needs not only a long cast of some forty-five yards but also an accurate one. If your short or to far right then you probably wont get a bite, however if you stick it in the right spot then a bite comes almost instantly. By early afternoon nine fish had graced their nets, again with a good average size of barbel to a best of 8lb 8oz. Things always go quiet in the afternoon and after swapping the anglers around Chris managed just one more barbel and come 5pm left having had a great experience and a few personal bests to his name. Barry and Rodger found the upper reaches somewhat difficult and when I left them at 6pm they hadn’t had another bite, yet with a total of fourteen barbel for the day along with a couple of chub it had to be considered a result, especially when other anglers were reporting blanks from the Wye and Usk beat upstream. During the day House Martins and Kingfishers could be seen around the fishery.
Posted by Unknown at 09:07