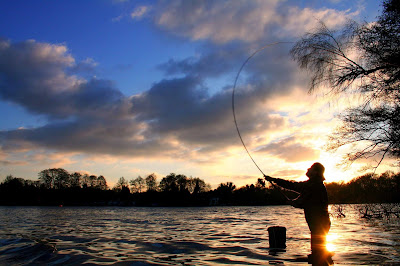 When PVA, Method Feeders and boilies first came into the angling world, anglers including myself grabbed the idea and used them to great effect, yet moving on a few years, how many of us have actually looked at these products in depth and realised that they may well, now be costing us not only fish but also a small fortune. I for one have and if you were to take a look in my Rucksack, whether my target species was carp, barbel, bream, even crucian carp, well you wouldn’t find any, as I have thought long and hard over all these items and taken steps to almost eradicate these from my armoury. 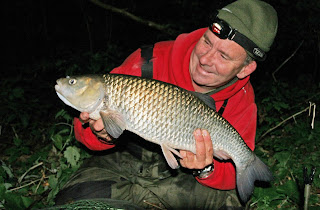 Don’t get me wrong, I still use PVA but only when I have too. Two areas that I have found this product useful is firstly when targeting chub in the depth of winter using cheese paste. I still watch as anglers walk down to each swim, roll some pieces in their hands and throw them in with little consideration to the depth of the swim and how fast the flow is. Having no control of where these free offerings land they may well be having an adverse effect on their fishing as if these pieces get caught up in the current and taken further down stream than they hope, then the fish may well follow. Pinpointing where my free offerings of cheese paste are is hugely important to my confidence levels and the way I get these next to my hookbait is to place a couple of bits on PVA string or tape which is then attached, not to my hook, but to whatever weight system I’m using. The reason I attach the cheese paste to the lead is I want these, if possible to be above my hookbait, so when a chub senses these and starts to look for them, mine is the first it finds. 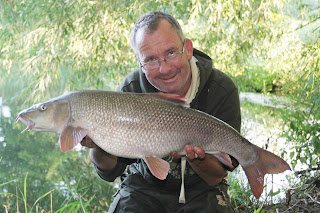 I did experiment whilst barbel fishing a very difficult stretch of the Loddon last year for barbel, one that I wrote about in CAT titled ‘Alternative Barbel Fishing’, yet apart from that brief experiment, that was relatively successful, I can honestly say I haven’t used PVA for barbel for around eight years.

Method feeders are another item of kit that makes angling relatively easy, yet I have a problem knowing that when my mix breaks down, I’m left with a veined structure that seems very obvious to the fish. How do I get around this, easy, I simply prepare my groundbait well in advance so I can mould it around a gripper style lead, one that is coated and far less conspicuous to the fish in my swim. Whether this makes any difference is for you to gauge, yet if it creates confidence in myself and the way I fish, well I’m half way there. The complex area that surrounds this style of fishing is the mix I create for each situation. Obviously a fine sieved mix won’t withstand an eighty yard cast, but then I can’t see the use of such a mix at this distance. If I’m casting eighty yards then I will probably be fishing for bream, so a method type mix, such as Nash Talapia Method Mix pressed around a two and a half ounce lead is needed. Similarly if I were targeting crucian carp in the margins, I would be using a finely sieved groundbait, a very effective one I’m using at the moment is Old Ghost Green Alga. 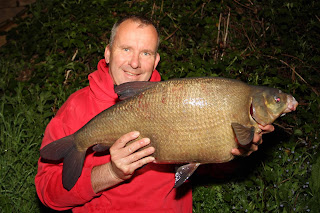 It’s also worth trying to get a knowledge of each species, especially how and when they feed. Bream are shoal fish, so when one enters you’re swim, you can bet it isn’t alone. Creating a big bed of bait, well in advance of their usual feeding time, dusk, is needed and loading the method mix heavily with loads of particles like corn and pellets will only prolong the feeding spell. Crucian carp are also shoal fish and again the best feeding spell is dusk and a few hours into darkness, yet the last thing I would do is load the finely sieved groundbait with numerous varied particles. The reason being crucian carp are far more intelligent than bream and if you load the groundbait with 6mm pellets then they will readily accept these, yet avoid yours at all cost, the reason being, yours has a hook attached to it and this makes the bait act completely different to those around it. How does an angler solve the problem and outwit the crafty crucian, simple, the only large item of bait within the cloud of attractive fishmeal is you’re pellet or piece of corn. How does the angler keep the crucians coming, simple, keep casting at regular intervals. How do you cast a lead containing very fine groundbait around, simple you don’t. All you do is hold the baited lead next to the reel and swing it out, slowly building the swim just like a match angler. 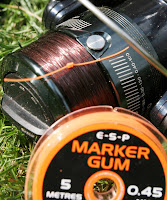 Another species that attract the over use of PVA and boilies are carp. If anglers were to stop rushing, use their eyes, find the fish then place an effective hooking system over an accurate bed of bait, then their results would go through the roof. Again, I can’t say I don’t use boilies, I do, but very occasionally as in most cases I’m matching my hookbait to the feed around it. Once again, and as it is with barbel, the most commonly and the highest quantity of loose feed that’s introduced into a standard, well stocked, club lake is pellets, so why use a boilie? The carp home in on the pellet and in some cases will ignore a boilie as it’s different to the loose feed, so why are more anglers not matching their hookbait with the feed they are introducing? The reason is that a boilie will last far longer and can be left in the lake all night, occasionally being picked up when a carp makes a mistake, however on lakes such as Godalmings Broadwater, I’d bet that the pellet in a PVA bags has disappeared within fifteen minutes, if not sooner. 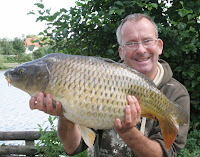 Let’s look at a prime example that happened to me on Broadwater. I was fishing with a friend who was happy to do the same as most, cast out a PVA bag, however unlike those using boilies; he had actually matched his hookbait to his loose feed. Fishing next to him I had already decided before arriving to cast every fifteen minutes. First job was to look around and find the fish, which aren’t always along the rugby bank and prime the swim! Locating plenty of carp of the road bank, an area most avoid, I simply compressed some Nash 6mm Sticky Method Pellets around the inline 1.1oz lead and made six casts to a distance that felt comfortable to me. Each cast saw the lead and feed fall exactly in the same spot as I had clipped the line in the reels line clip as well as marking the line using a length of ESP Marker Gum which was tied on in the form of a stop-knot. Each time the lead hit the surface I struck the feed off which created a tight feeding zone. After six casts I simply attached a short eight-inch hooklink made from Nash ‘The Missing-Link’ to a Korum Quick-Change-Bead which held a size 12 barbless hook tied knotless knot style and on the hair I added a small punched piece of Old Ghost Bloodworm Hookbait Sausage along with a tiny piece of artificial buoyant corn. This was repeated on my other rod. It took around thirty minutes and soon after a recast for one of my rods to rip off resulting in a 12lb common. Looking out into the swim I could see some bubbling over the baited area and as soon as the lead covered in pellets hit the water carp could be seen swirling around. Slowly the swim came alive with runs coming at regular intervals and after I had caught thirteen carp with my friend failing to get on the score sheet, he decided to swap tactics. By the end of the six hour session and after exhausting my two-kilo bait allowance I had taken around two dozen carp to 15lb with my friend matching me fish for fish once he had activated his swim, however with the biggest fish weighing 18lb 2oz I think he went home more satisfied! 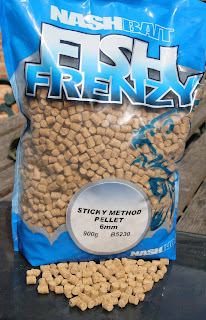 So there you have it, some serious points to look at, bring into you’re fishing which will not only save you loads of money, but also catch you lots more fish. The points I have touched on are using the ‘Pellet-Lead’ for carp and barbel as well as the ‘Groundbait-Lead’ for long distance bream fishing and close in crucian fishing. Keep an eye open for parts 2 and 3 of this mini series, coming soon!

If you would like to witness such a devastating method first hand and try it out for yourself then why not book me for a days guiding? Simply call me on 07928 617006 or email me duncancharman@me .com

*Please note, since this article was published within CAT certain products have been altered due to a change in sponsors and the session with my dad has been swapped to one more recently with a friend.